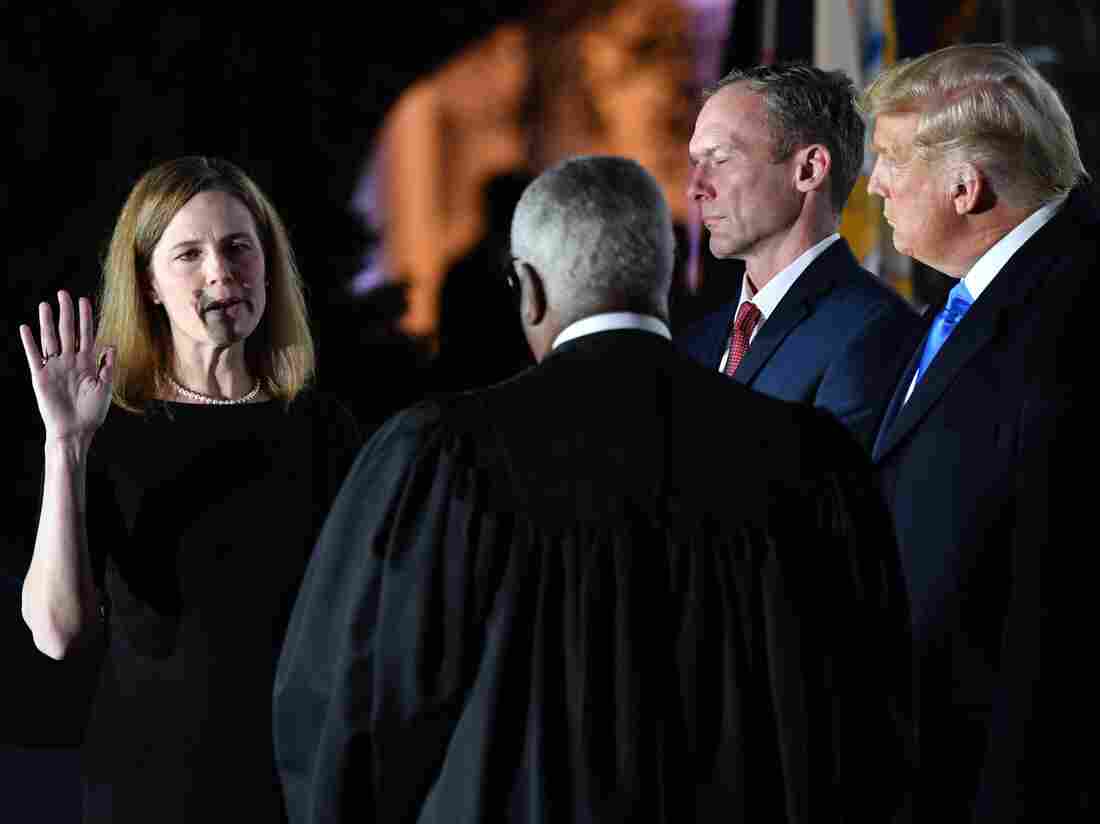 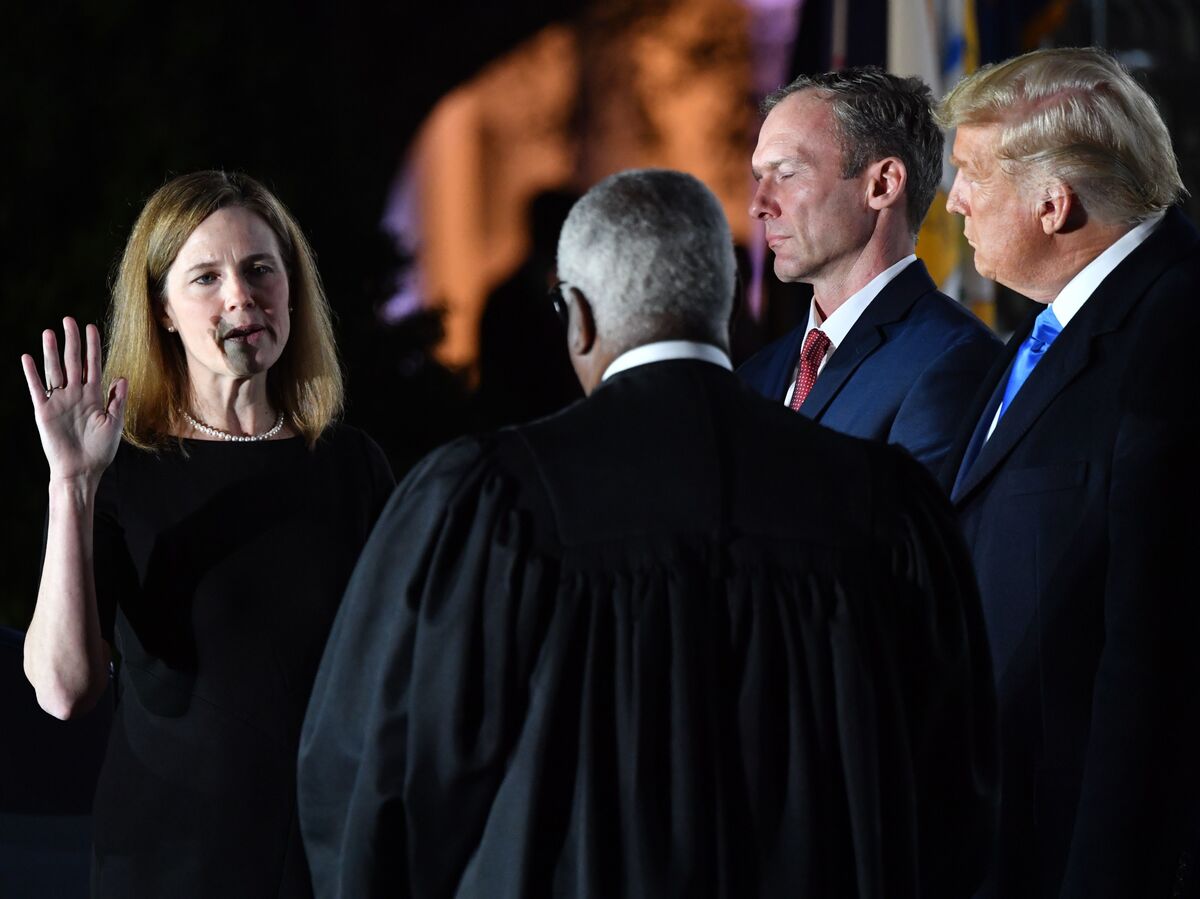 The Senate has voted 52-48 to confirm Judge Amy Coney Barrett to the Supreme Court, just about a week before Election Day and 30 days after she was nominated by President Trump to fill the seat of the late Justice Ruth Bader Ginsburg.

President Trump spoke at the event, thanking Senate Majority Leader Mitch McConnell and calling today a "momentous day" for America, the constitution and the rule of law. He also praised Barrett's intellect and poise during the confirmation process. Several Republican senators were also in attendance.

While Senate Democrats tried to slow down the confirmation process of Trump's third Supreme Court nominee with various procedural maneuvers, the fact that Republicans control the Senate has always meant a Barrett confirmation was all but promised.

Democrats railed against the advancement of Barrett's nomination so close to Election Day, after the Republican-led Senate in 2016 refused to hold hearings for then-President Barack Obama's nominee, Merrick Garland, nearly eight months before that year's election.

"Nearly every Republican in this chamber led by the majority leader four years ago refused to even consider the Supreme Court nomination of a Democratic president on the grounds ... that we should wait until after the presidential election because the American people deserved a voice in the selection of their next justice," he said on Sunday.

The only Republicans who voted against the cloture motion on Sunday were Sens. Susan Collins of Maine and Lisa Murkowski of Alaska.

On Saturday, Murkowski previewed her intentions, saying she planned to vote against moving the nomination forward procedurally but would vote to confirm Barrett on Monday.

Collins faces a tough reelection battle and said after Ginsburg's death in September that whoever wins the presidential election should fill the Supreme Court vacancy.

During a campaign event in Tallahassee, Fla., on Saturday, Vice President Pence said he wanted to return to Capitol Hill in time for Monday's vote.

"As vice president, I'm president of the Senate," Pence said. "And I'm gonna be in the chair because I wouldn't miss that vote for the world."

He ultimately did not attend the vote in person. His presence would have been purely symbolic anyway, as it was not expected that Pence would have needed to cast a tie-breaking vote.

Democrats had pushed back against Pence's plan in light of recent positive coronavirus tests of two top staffers in Pence's orbit, and they had similar concerns about Sen. Kelly Loeffler, R-Ga., two of whose staffers have tested positive for the coronavirus.

Loeffler's spokesperson on Saturday said the senator had tested negative for the coronavirus on Friday.