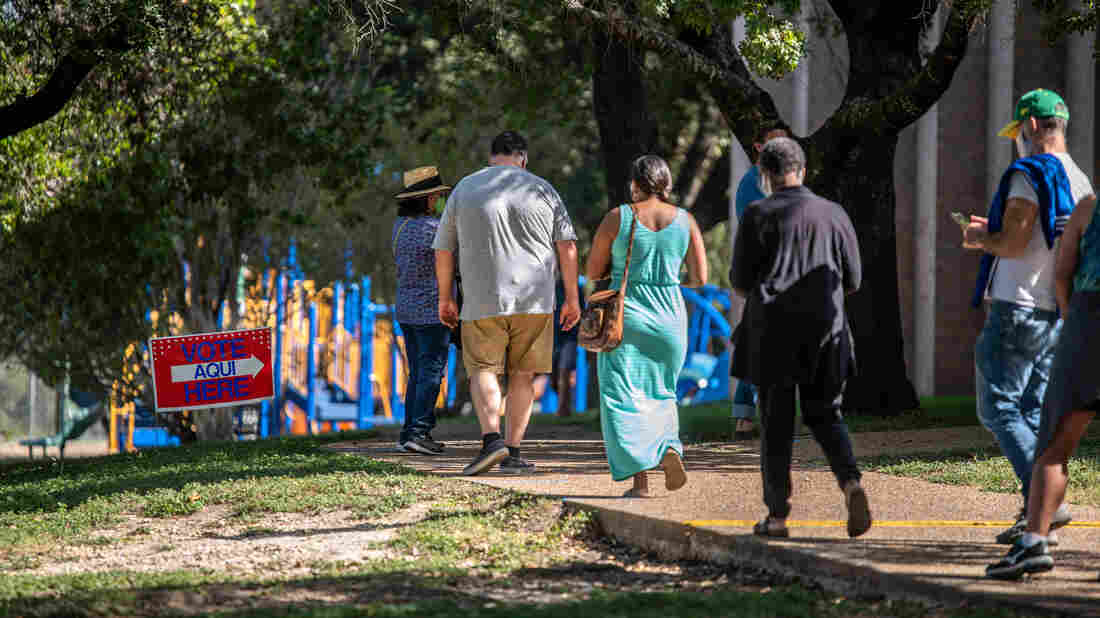 Voters approach a polling location in Austin, Texas, on Oct. 13 — the first day of voting in the state. Nearly 10 million ballots have already been cast in Texas — more than 2016's total votes in the state. Sergio Flores/Getty Images hide caption 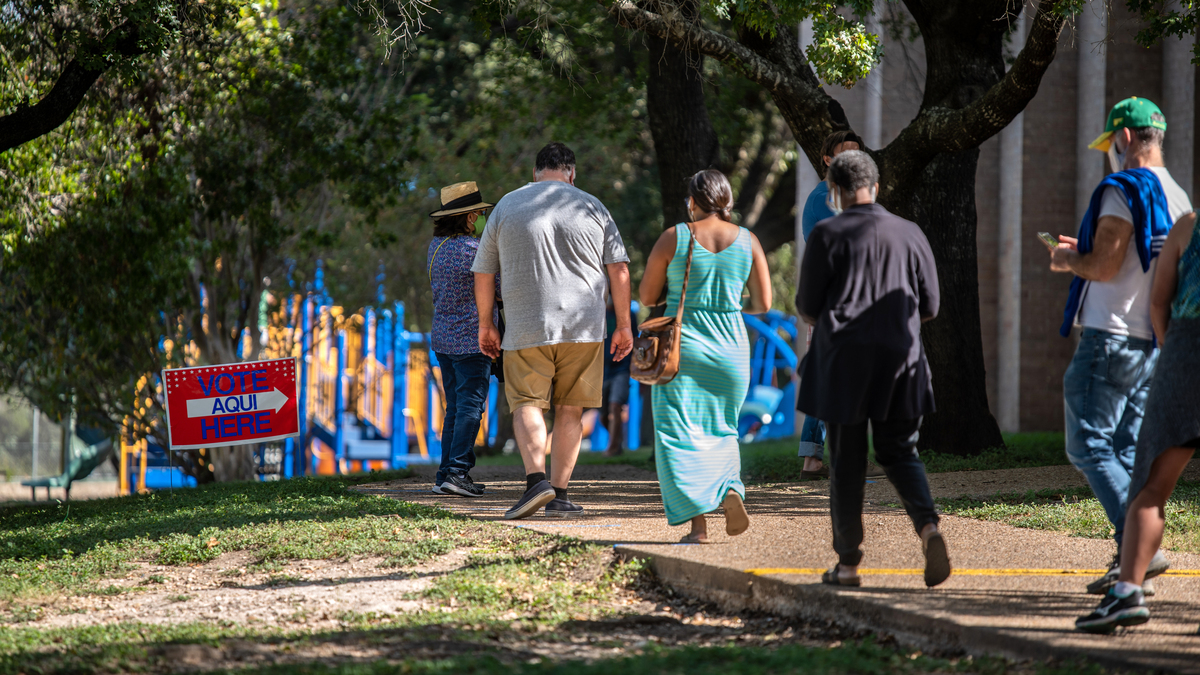 Voters approach a polling location in Austin, Texas, on Oct. 13 — the first day of voting in the state. Nearly 10 million ballots have already been cast in Texas — more than 2016's total votes in the state.

Americans have cast a record-breaking 93 million early ballots as of Sunday afternoon, putting the 2020 election on track for historic levels of voter turnout.

That's almost twice as many pre-election votes as were cast in the 2016 election, according to the U.S. Elections Project, a turnout-tracking database run by University of Florida professor Michael McDonald.

McDonald calculates that nationally, voters have cast nearly 68% of the total votes counted in the 2016 election.

"We continue to pile on votes at a record pace. We've already passed any raw number of early votes in any prior election in U.S. history," McDonald told NPR on Oct. 26.

"It's good news, because we were very much concerned about how it would be possible to conduct an election during a pandemic," he said, citing concerns that mail-in ballots would be returned by voters en masse at the conclusion of the early voting period, overwhelming election officials. "Instead, what appears to be happening is people are voting earlier and spreading out the workload for election officials."

But he's going back to the drawing board. "I have increasingly been confident that 150 [million] is probably a lowball estimate," he said.

Hawaii and Texas lead the way

Hawaii and Texas have both already surpassed their 2016 vote totals.

In Texas, 9.6 million early votes had been cast as of Friday, over 700,000 more ballots than had been cast in all of 2016. (A group of Texas Republicans is seeking to toss 127,000 votes cast at drive-throughs in Harris County.)

Montana is quickly approaching its 2016 vote totals as well. As of Sunday, more than 510,000 early votes had been cast. That's roughly 6,000 votes below the total number of votes in the state four years ago.

The swing states of North Carolina, Florida and Georgia have also reached 91% or more of their 2016 vote totals.

Some states may see their early voting numbers tick up after "Souls to the Polls," an effort aimed at boosting turnout among Black voters the Sunday before Election Day. 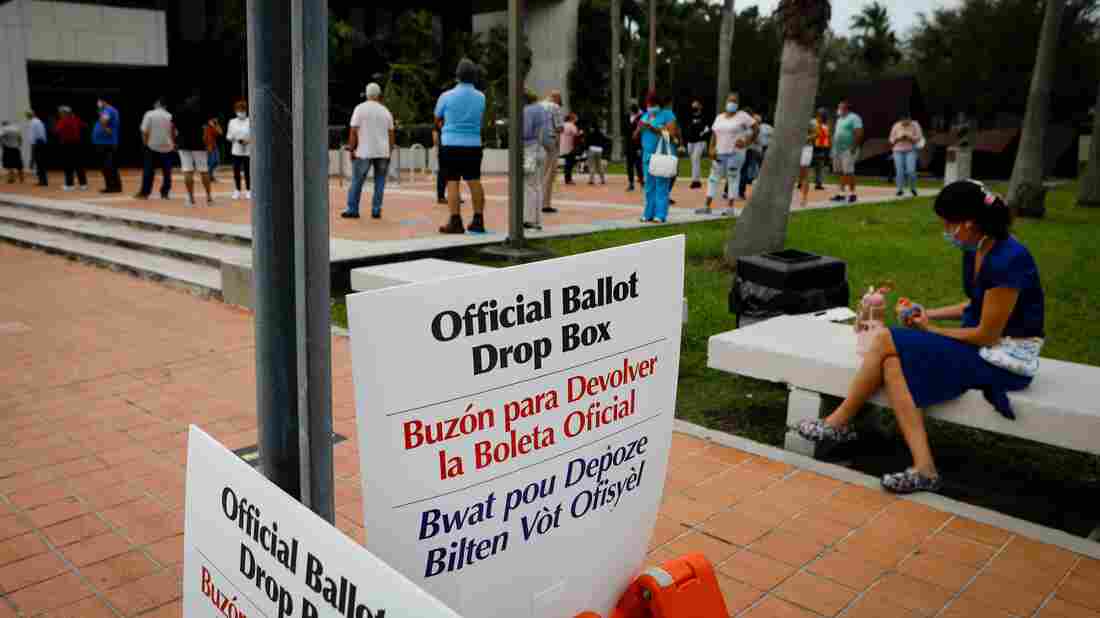 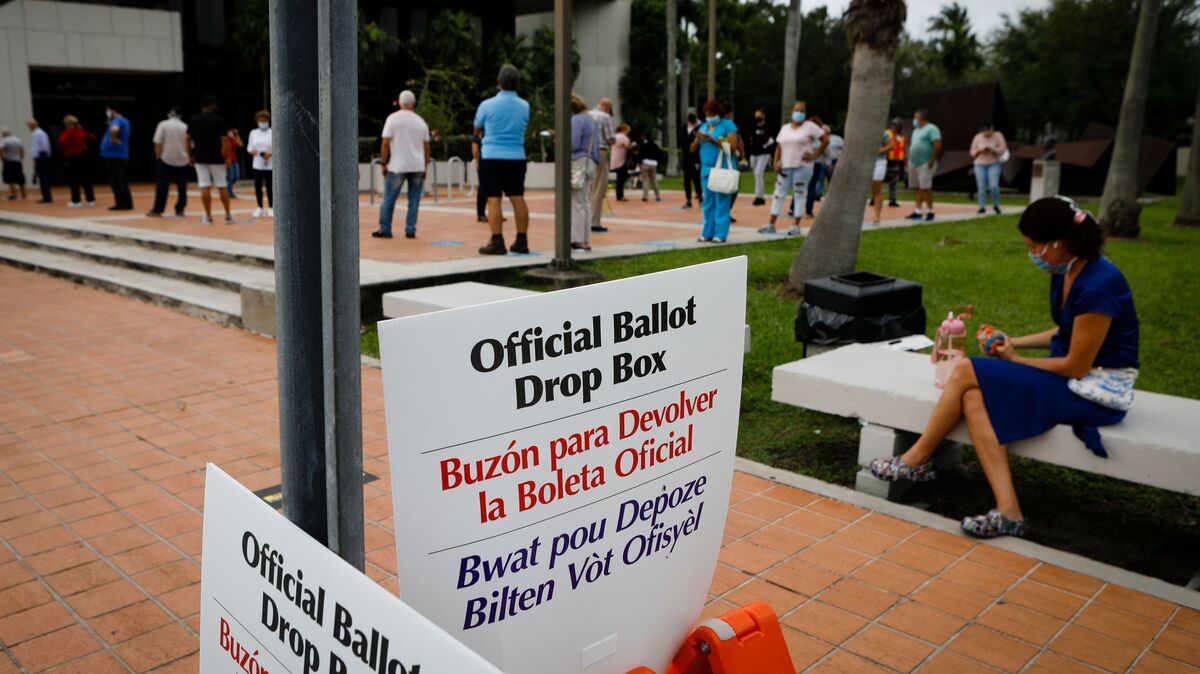 Among states that are reporting data, voters have requested about 91 million mail ballots, according to McDonald, and roughly 59 million have been returned by mail.

As of last week, Democrats held a roughly 2-to-1 advantage in returned mail-in ballots in states with party registration.

But McDonald is quick to caution that early numbers don't paint the full picture.

But 2020 has brought a shift in the way in which people are voting early.

"Typically, when we talk about early voting, we're talking about Democrats voting in person early and Republicans voting by mail," McDonald said. "This election, those roles are reversed. But when you look at the overall electorate, there are many more people voting by mail than in person early in most states."

The shift could be at least in part due to President Trump's consistent false claims that voting by mail leads to widespread fraud, whereas Joe Biden's campaign has been aggressive in urging supporters to vote early, whether in person or by mail.

Strategically, it's helpful for campaigns to have voters cast their ballots early so they can use campaign resources more efficiently then to target less-motivated voters.

A surge in youth voters

People ages 18 to 29 are turning out to vote early in a big way.

According to data from the Center for Information & Research on Civic Learning and Engagement, or CIRCLE, a research center at Tufts University, the numbers of young people voting early have skyrocketed, particularly in states that will be critical for Biden and Trump to win, such as Michigan, Florida and North Carolina.

Young people could wield significant political power: Millennials and some members of Generation Z make up 37% of eligible voters, roughly the same share of the electorate that baby boomers and older voters ("pre-boomers") make up, according to census data analyzed by the Brookings Institution.

For decades, youth voters have showed up to the polls at relatively low rates, a statistic voter education groups have been working to change this year.

As early voting began, the pent-up voting interest showed as long lines formed in states such as Georgia and Texas, with some voters waiting for hours.

Election officials had warned that some in-person voting locations would face longer lines as some jurisdictions have had to consolidate polling places and adjust logistics to accommodate social distancing during the pandemic.

Rep. Alexandria Ocasio-Cortez on long voting wait times: "Just because it's happening in a blue state -- doesn't mean that it's not voter suppression." pic.twitter.com/EOwT4Xxcfe

Rep. Alexandria Ocasio-Cortez, D-N.Y., criticized the long lines she experienced while voting Oct. 25 in the Bronx.

"There is no place in the United States of America where two-, three-, four-hour waits to vote is acceptable and just because it's happening in a blue state doesn't mean it's not voter suppression," she said.

"If this was happening in a swing state, there would be national coverage."

This story was originally published on Oct. 26, and has been updated with new data.