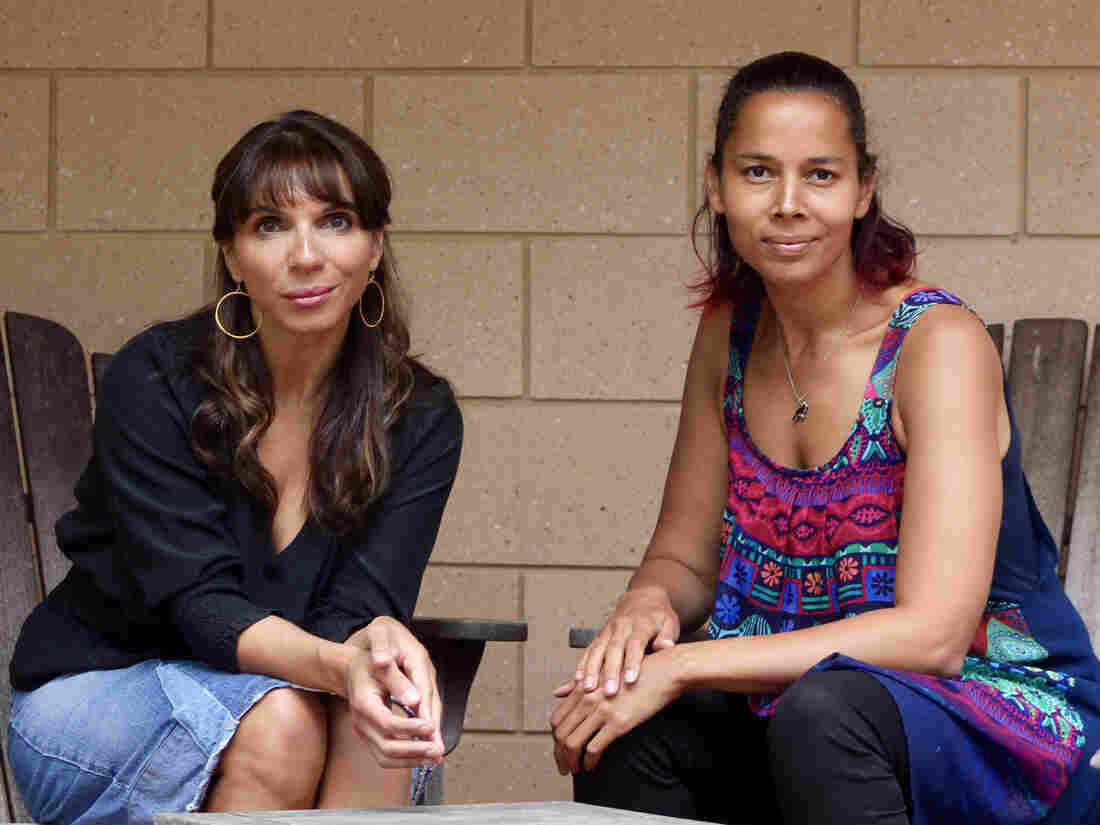 In the first episode of Amplify With Lara Downes, the pianist (left) speaks with singer-songwriter, banjo player and MacArthur "genius" Rhiannon Giddens. Areon Mobasher/Courtesy of the artists hide caption 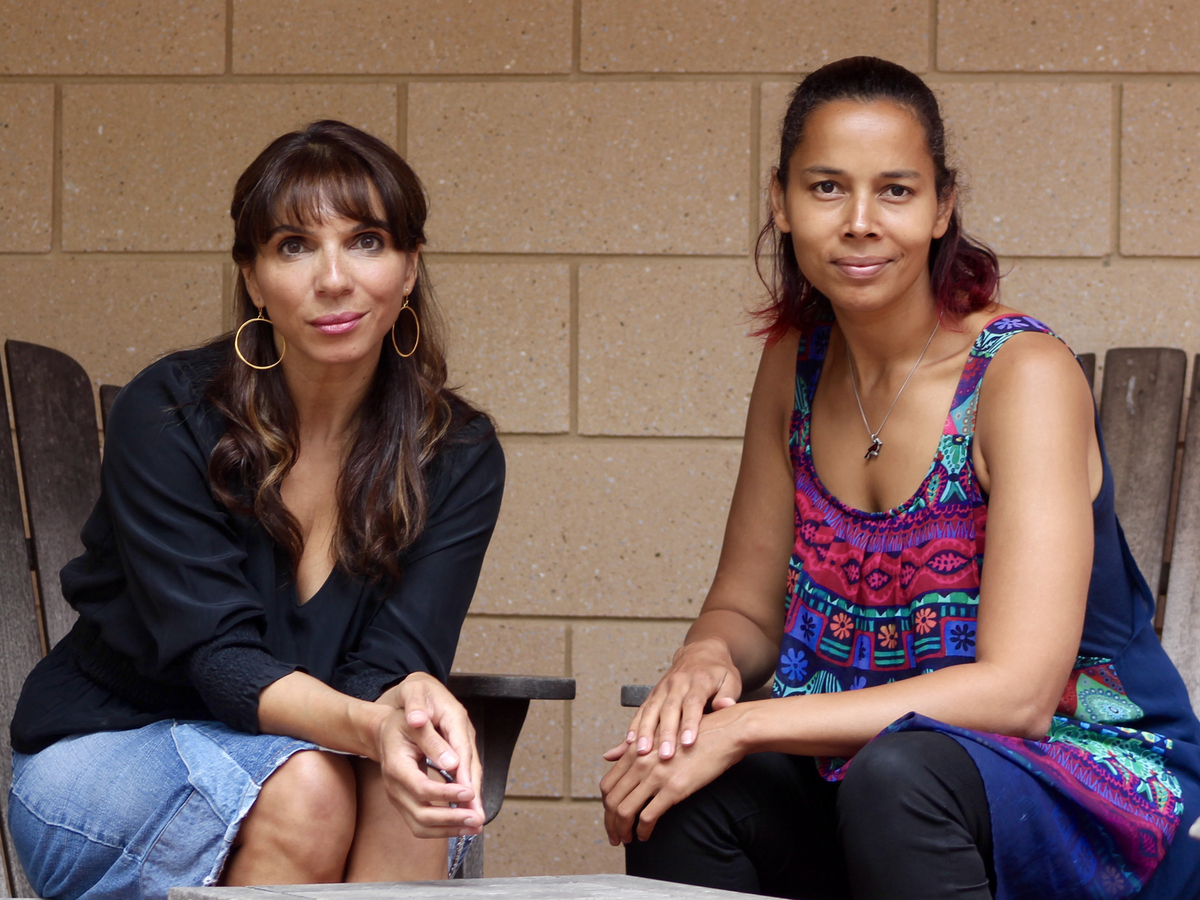 In the first episode of Amplify With Lara Downes, the pianist (left) speaks with singer-songwriter, banjo player and MacArthur "genius" Rhiannon Giddens.

Areon Mobasher/Courtesy of the artists

How can a moment of protest and isolation inspire creative rebirth? That's the question renowned pianist Lara Downes is exploring as the host of a new video series for NPR Music, simply titled Amplify With Lara Downes.

Downes says the mission of the series is to present intimate conversations with Black musicians who are experiencing creative awakenings during a time of transformation and uncertainty. She joined Ari Shapiro on All Things Considered to talk about it; hear the radio version at the audio link, and read on for an edited transcript.

Ari Shapiro: In your introduction to this series, you mention Harlem in the 1920s, a time when Black artists from around the country came together in one place. You say something similar is happening now, even though we're all so isolated. How so?

Lara Downes: Rebirth comes out of devastation. This is a time of so much tragedy and loss, and I think that in the moment that we are losing so many things that we know, we are creating new things. That's been something really fascinating to me about this time, because I've seen it happening since the beginning. Since everything shut down, new things have opened up.

The first episode is a conversation with singer-songwriter and banjo player Rhiannon Giddens. She's the artistic director of the Silkroad organization, and she discusses the role of artists in this moment, saying: "There is a chance of a great spiritual awakening if we can find that path that is the path of kindness and inclusion. It's very easy to go down the other path of fear and exclusion. That's where art, I think, comes in — is that we need to lead the way down that path however we can." It's such an interesting way of thinking about what artists, and specifically Black artists, can do right now.

I think that what we're talking about really are stories — the stories that we all share, and we might not know that we share them. Both of us feel so strongly that we find those stories deep in our American music, where all of our histories and traditions and families come together. I think that this path that we're talking about, it's a place to bring people together in shared experience and shared memory. A time like this is a time for artists to really step up and try to lead the way, to pull people together in some sort of a unified way.

'A Chance Of A Great Spiritual Awakening': Rhiannon Giddens Talks With Lara Downes

In the second episode of the series, you speak with Anthony McGill, who's the principal clarinetist with the New York Philharmonic. He shared this powerful video over the summer, when racial justice protests broke out around the country. It's a black-and-white video, and at the beginning he's standing and playing this very recognizable version of "America the Beautiful" — but then there's this unexpected turn into a minor key. Why did you want to talk with him about this?

Anthony is someone who has kept himself purely in the space of music: He has this phenomenal career and he's so devoted to being a musician's musician. That day in May — that was two days after George Floyd was killed — he had this awakening, letting himself feel things about himself as a Black man, as a Black artist, as Black citizen, and sharing those things which he had not until now. We talk about that moment when your artistry and your ambassadorship, by virtue of being an artist, collide with activism. Sometimes you don't see it coming. And when it comes, it transforms you, I think, permanently.

Will you describe how that video ends?

So at the end, after shifting into this minor key and taking us into a really dark and questioning space, he goes down to two knees, bows his head and just stays there in silence. He posted the video to social media with a statement about taking two knees — because one knee isn't enough — and asked fellow musicians to join him. And we did: There were hundreds of videos [shared in response] that spoke to this feeling of wanting, in our silenced state, in our state of isolation, to say something that was maybe the most important thing we'd ever said.

Here's what he told you about his experience in making that video: "Maybe it was a cry out to the world. There were things that had been building, probably, for 30 years in my mind, in my spirit, about these issues and about what to do about them." What insight did you get from your conversation with him about how music can help us process what's happening in the world right now?

I think that what's coming out of these conversations is that it's such a personal thing: This feeling of being in this moment is translating in really different ways for all of us. As musicians, we've been doing what we do for a long time — since we were 4 years old, 6 years old. ... [Right now] we can't go anywhere, we can't do any of the things that we know so well how to do, and so the new things that we're finding, I think they're just immensely powerful. That's why I'm thinking so much about the Harlem Renaissance and other great moments of cultural shift. I think we all come out of this with a much deeper feeling about the necessity of knowing why you do what you do.

Apart from making this series for NPR Music, what has this time been like for you? For the first time in your professional career, you're no longer hopping on a plane to a different city to perform every week of the year.

I'm learning some things about being in today — standing still, and being in today. I had my own moment of awakening during this whole thing in June: I went out of my house, really, for the first time. Black Lives Matter protests were happening here where I live in California, and I needed to be there. There was this feeling of hope, and it was a really new feeling that I hadn't had for several months. When I went home, I took out a vintage tape cassette deck and I started recording music that I was feeling out of that hope. It was music by Black composers, music that had been written in previous times of struggle and protest and change. The dog was snoring and car doors were slamming outside, and I wasn't thinking about perfection, and I wasn't thinking about permanency, I was just being in that day in June. That's a new place, and I don't think I'd ever go back from that.