Accessibility links
Chile Celebrates Voters' Decision To Scrap Constitution, Start Over One year after Santiago's streets were jammed by protesters, they were filled Sunday with revelers. More than 7.5 million people voted, setting a new record for voter participation, officials said. 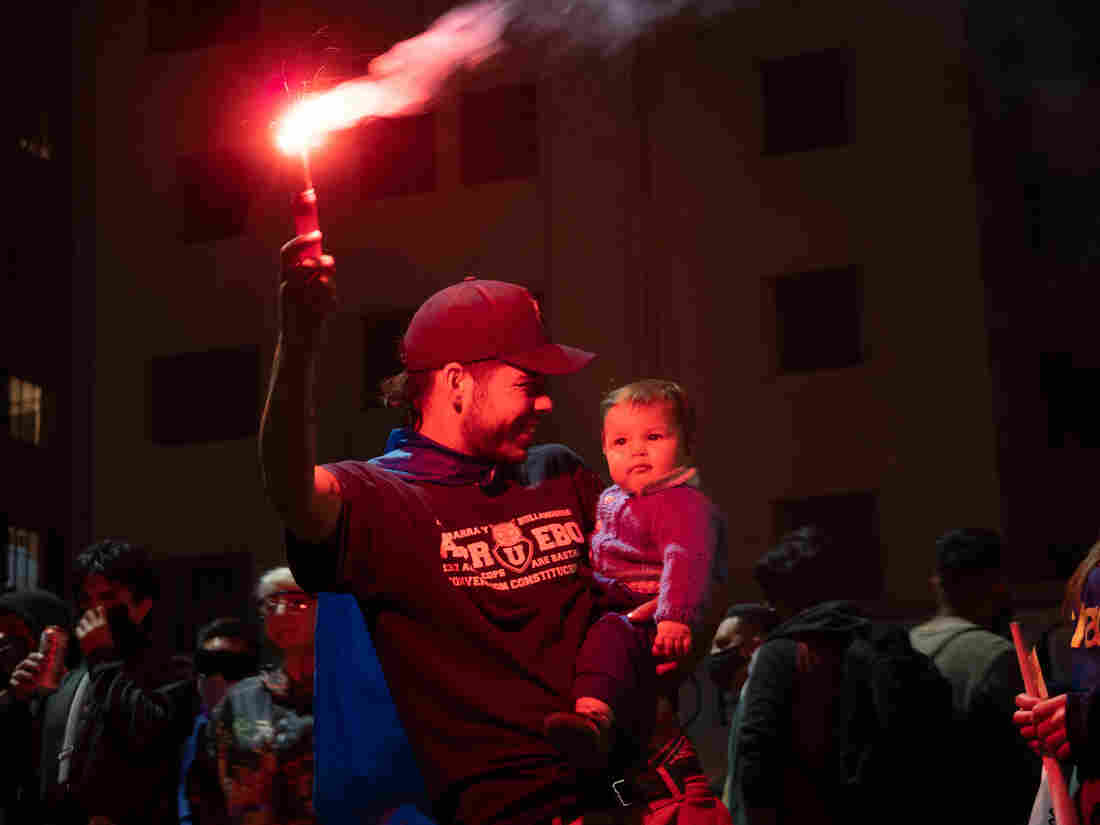 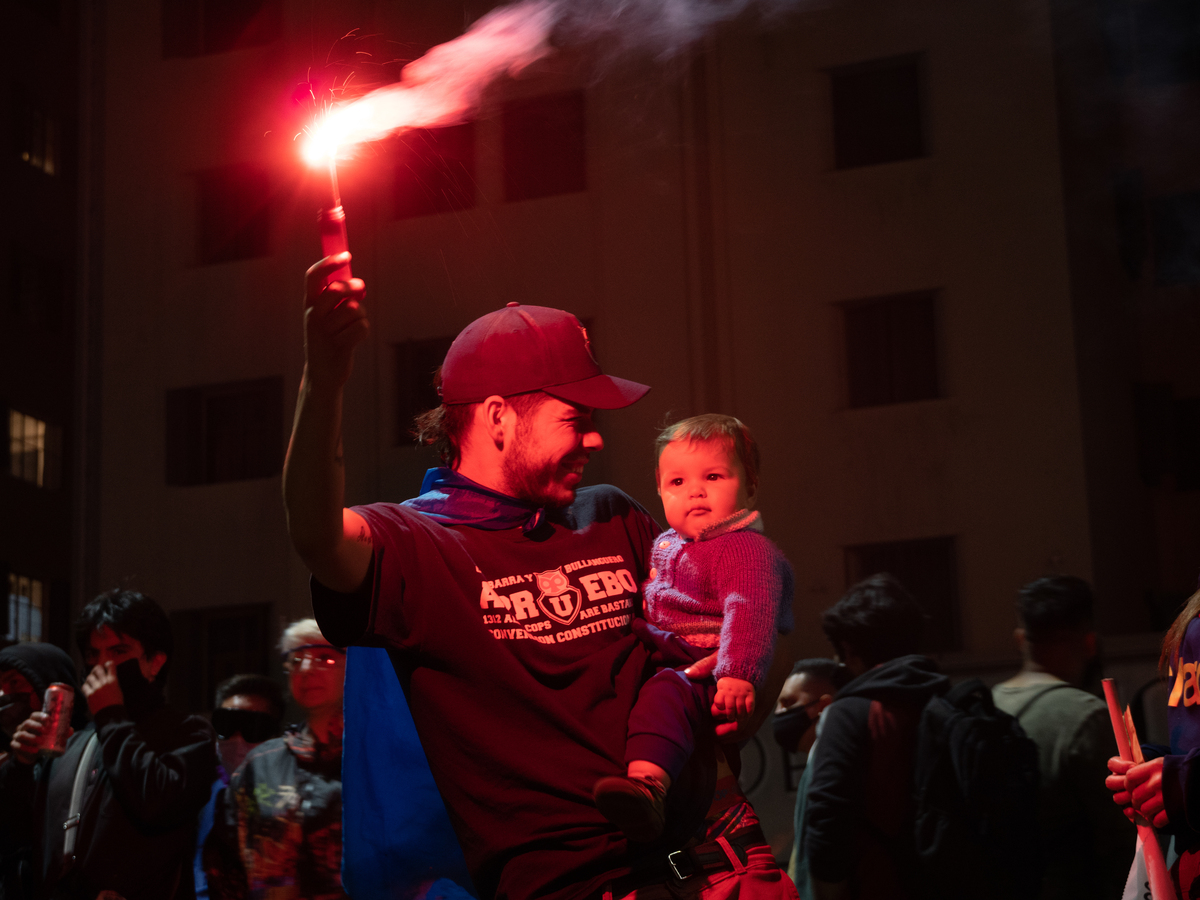 A family celebrates the approval of a new constitution in Santiago, Chile. After decades, the constitution from the country's years of dictatorship will finally be thrown out.

It started as a ripple: anger over higher subway prices. But a growing wave of protests followed, and now people in Chile have voted overwhelmingly to throw out their country's Pinochet-era constitution and create a new document under which to live. Nearly 80% of the voters chose to form a new constitution.

The result threw Chile into a huge celebration. One year after Santiago's streets were jammed by protesters, they were filled Sunday with revelers, ecstatic over the results of a national plebiscite. There were music and fireworks. Signs declared "Renace Chile" — Chile Reborn.

"Many Chileans see this as a turning point, an opportunity to end social inequalities that led to last year's mass protests," NPR's Philip Reeves reports for our Newscast unit. "They also voted to elect an assembly of 155 citizens, to write a new constitution. Chileans have many demands, including the right to better pensions, health care, and education, and greater recognition for Indigenous people."

More than 7.5 million people voted, setting a record for voter participation in Chile since at least 1988, according to Servel, the country's election service. Chile's population was recently estimated at more than 18 million people, up from an estimated 12.8 million in 1988.

The vote was the most prized concession protesters won from President Sebastián Piñera and other leaders last fall. Weeks of protests over economic inequality forced Piñera to agree to the move after his efforts at reform — including raising the minimum wage and pensions — failed to appease demonstrators.

The first protests last October were small, as students jumped turnstiles to avoid the higher subway fare. After incidents of arson and violence, the president deployed the military to the streets, saying he would not bow down to an enemy. But the sight of troops in the streets sparked new anger, particularly among older Chileans for whom it recalled the country's troubled past under the dictatorship of Augusto Pinochet.

The protests and response also jarred the conceptions of Chile as one of South America's most stable countries. At least 30 people died in the unrest, and thousands more were injured. Damages to train systems, businesses and other targets were estimated in the billions of dollars.