Accessibility links
Water On The Moon: NASA Confirms Water Molecules On Our Neighbor's Sunny Surface The breakthrough suggests that water, vital to life on Earth, could be distributed across more parts of the lunar surface than the ice that has previously been found in cold and dark places. 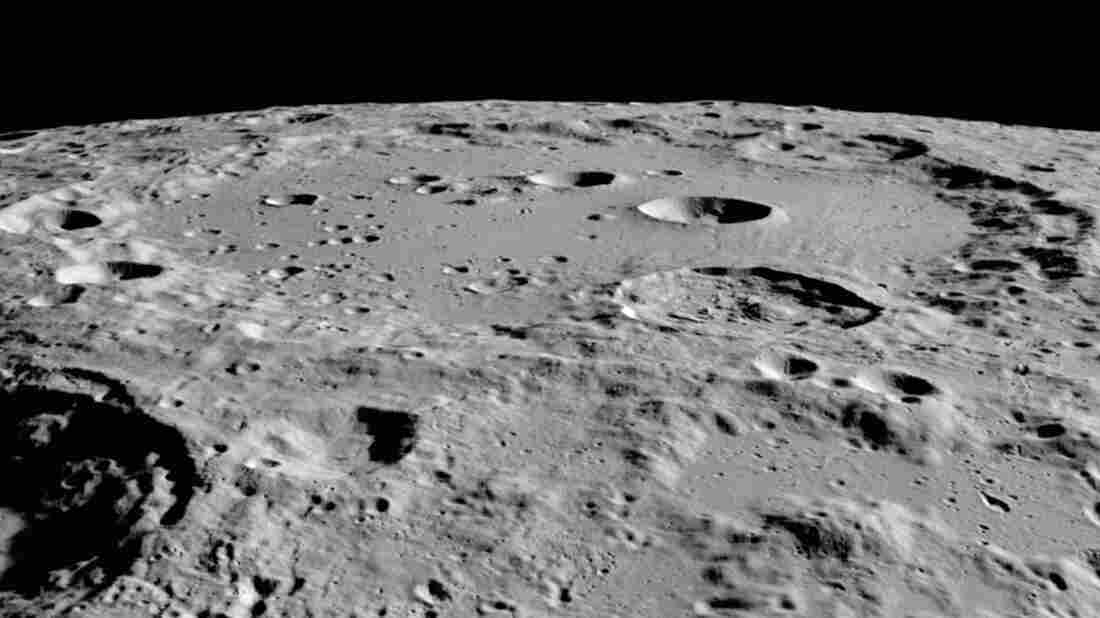 Researchers have detected water molecules in Clavius crater, in the moon's southern hemisphere. The large crater is visible from Earth. NASA/Screenshot by NPR hide caption 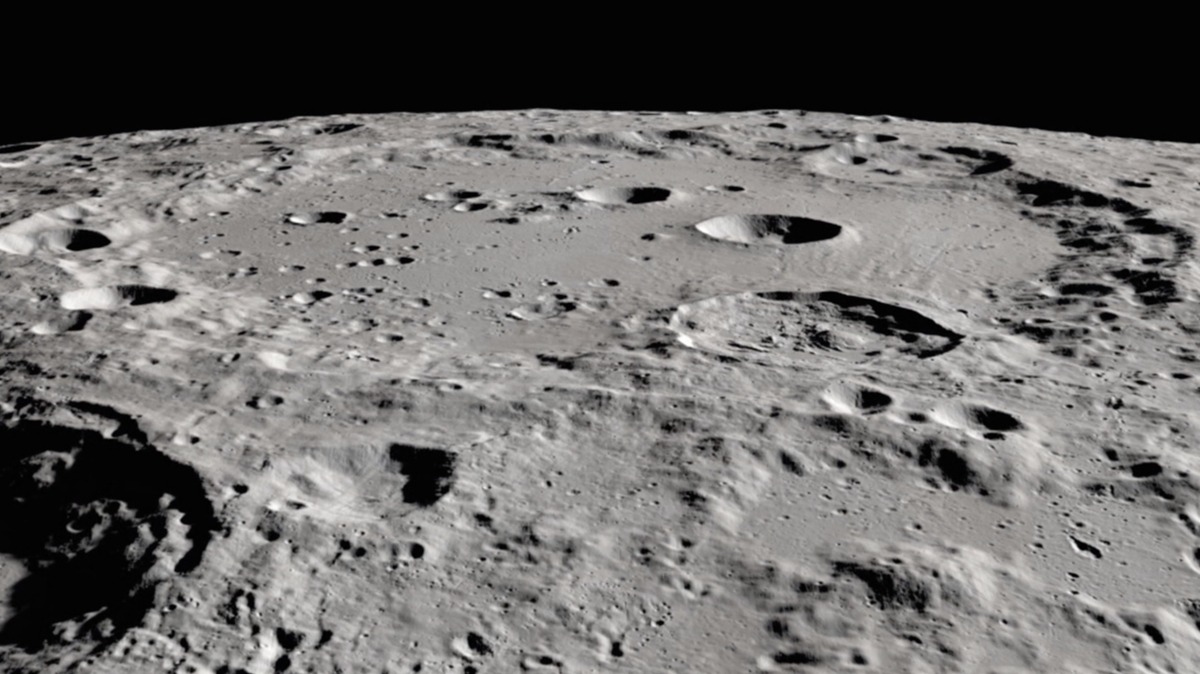 Researchers have detected water molecules in Clavius crater, in the moon's southern hemisphere. The large crater is visible from Earth.

NASA has confirmed the presence of water on the moon's sunlit surface, a breakthrough that suggests the chemical compound that is vital to life on Earth could be distributed across more parts of the lunar surface than the ice that has previously been found in dark and cold areas.

"We don't know yet if we can use it as a resource," NASA Administrator Jim Bridenstine said, but he added that learning more about the water is crucial to U.S. plans to explore the moon.

The discovery comes from the space agency's Stratospheric Observatory for Infrared Astronomy, or SOFIA — a modified Boeing 747 that can take its large telescope high into Earth's atmosphere, at altitudes up to 45,000 feet. Those heights allow researchers to peer at objects in space with hardly any visual disruptions from water vapor.

The water molecules are in Clavius crater, a large crater in the moon's southern hemisphere. To detect the molecules, SOFIA used a special infrared camera that can discern between water's specific wavelength of 6.1 microns and that of its close chemical relative hydroxyl, or OH.

"Data from this location reveal water in concentrations of 100 to 412 parts per million — roughly equivalent to a 12-ounce bottle of water — trapped in a cubic meter of soil spread across the lunar surface," NASA said in a release about the discovery.

"This is not puddles of water but instead water molecules that are so spread apart that they do not form ice or liquid water," said Casey Honniball, the lead author of a study about the discovery.

The data confirm what experts have suspected, that water might exist on the moon's sunny surface. But in recent years, researchers had been able to document only water ice at the moon's poles and other darker and colder areas.

Experts will now try to figure out exactly how the water came to form and why it persists. NASA scientists published their findings in the latest issue of Nature Astronomy.

"Without a thick atmosphere, water on the sunlit lunar surface should just be lost to space," said Honniball. "Yet somehow we're seeing it. Something is generating the water, and something must be trapping it there."

There are several possible explanations for the water's presence, including the possibility that it was delivered to the surface by micrometeorites impacting the moon. Glass beads from that process could trap water, but the SOFIA instruments cannot distinguish between water held inside impact glasses and water trapped between grains and in voids, according to the researchers' paper.