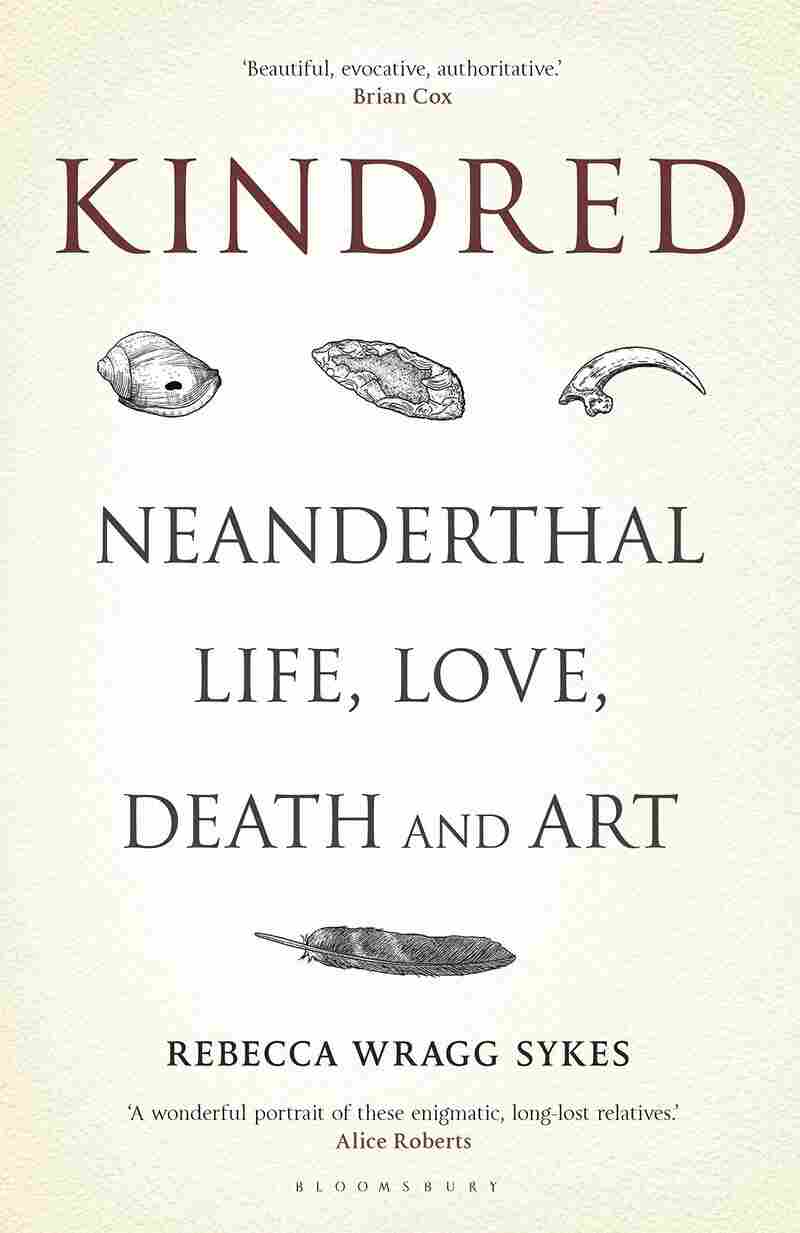 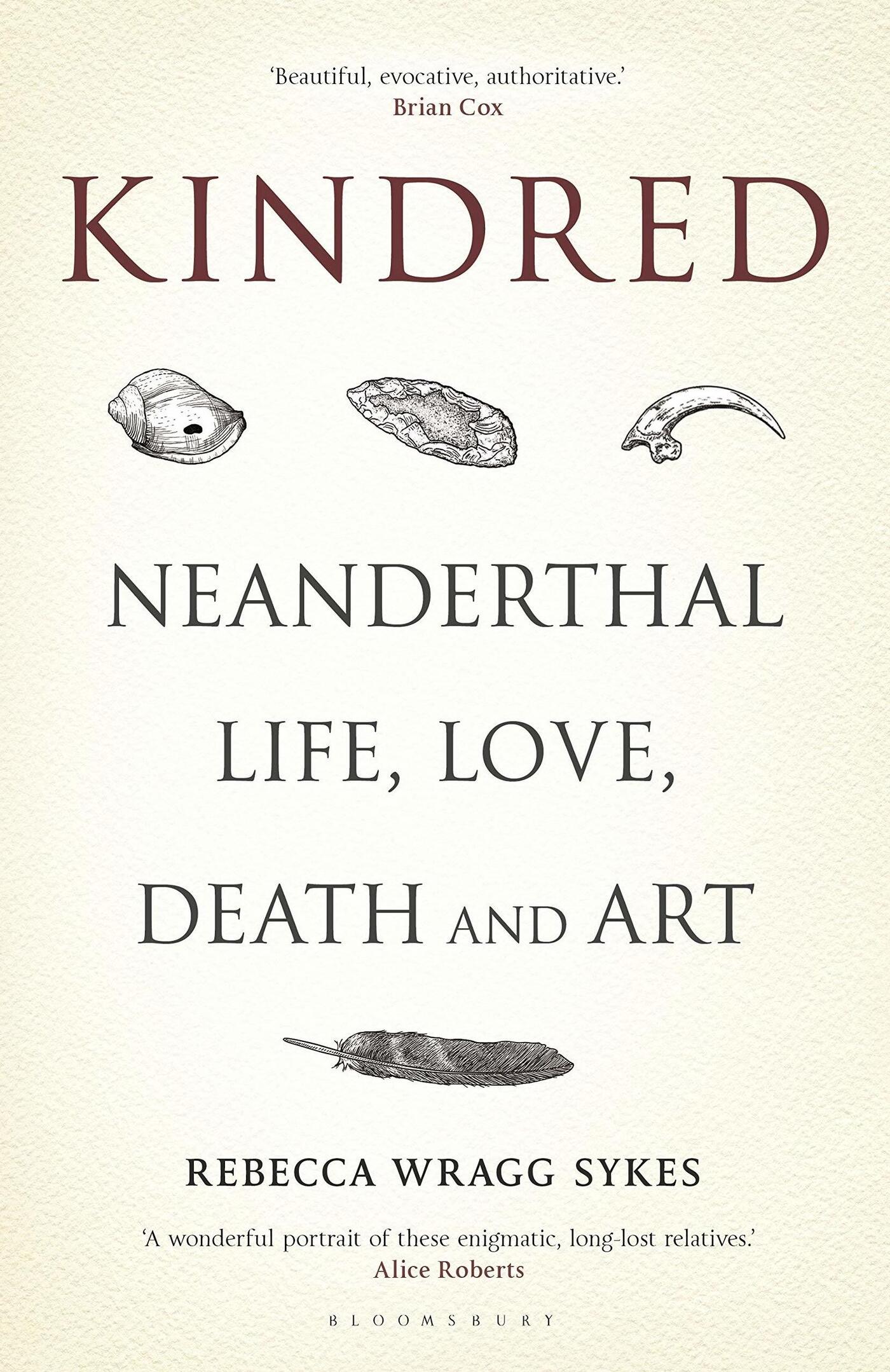 Neandertals are ancient humans who sometimes mated with early Homo sapiens in Europe and Asia — then went extinct around 40,000 years ago. Yet their genes live on in many of us.

If your ancestry traces back to populations outside sub-Saharan Africa, there's a good chance that your genome includes contributions from Neanderthals. In Kindred: Neanderthal Life, Love, Death and Art, archaeologist and science writer Rebecca Wragg Sykes explains in splendidly engaging prose why this fact is cause for wonder and celebration.

Neanderthals "possess pop-cultural cachet like no other extinct human species," Wragg Sykes says, but too much of that cachet is constructed from stereotypes. "Neanderthal" is a popular insult, meant to refer to stooped and club-wielding cave people who could hunt pretty well in their Ice Age habitats but were inferior in every way to our own early ancestors. When in the early '90s I began to teach human evolution to college students, even the scientific consensus claimed that Neanderthals, compared to early Homo sapiens, tended to remain locally near their hearth and home sites, eking out a living and incapable of much creativity beyond basic survival.

More than any other book in paleoanthropology I've read, Wragg Sykes convincingly blows up those simplistic views. She describes evidence comprehensively across time (Neanderthals first appeared around 350,000 years ago) and space (Neanderthals lived "from north Wales across to the borders of China, and southwards to the fringes of Arabia's deserts"). The facts show that as innovative tool- and fire-makers, Neanderthals adapted to changing climates. They adopted symbolic cultural practices and expressed profound emotions as they lived day by day.

Of course, Neanderthals didn't look like we do. Their bodies were short and robustly muscled; their skulls featured brow ridges, prominent noses, and an occipital bun (bump) in the back. For years, this anatomy was explained as adaptation to glacial conditions but it turns out that Neanderthals thrived also in steppe-tundra and even Mediterranean woodlands. More than climate, experience sculpted their bodies. Life was "extremely demanding" for them, in terms of making a living. Males and females were doing different things — males' arms for example were asymmetric, suggesting one-handed scraping or possibly spearing, whereas women's lower arms were well-developed, a possible indicator of double-handed hide working.

In describing behavioral patterns Kindred comes most to life, for it's here that our kinship with Neanderthals shines through. The theme Wragg Sykes draws on is one of innovation and creativity — the opposite of those cave-people myths. When it comes to technology, Neanderthals didn't just construct a varied tool kit but also invented composite tools that "imply impressive mental capacity to plan, design and anticipate." They successfully hunted "enormous beasts" including 1,100-lb. horses, but also knew how to take advantage of whatever the regional ecology offered as food, ranging from tortoises to jays and magpies. Judging from how far Neanderthals carried away artifacts from their original sources, individuals moved across as much as 60 miles of the landscape.

Across the millennia are found traces of cultural practices that go way beyond survival. Neandertals incised a hyena bone in ways that suggest an early notation system. The application of color pigment to objects including shells and a geode apparently pleased Neanderthals' aesthetic sense. Wragg Sykes reminds us that classical ideas of art don't take us far enough in appreciating Neanderthals; "sometimes the significance and symbolism may have been in the act of transformation itself." And mysteries remain. What do the elaborate rings that Neanderthals constructed of broken-off stalagmites on the cave floor at Bruniquel in France mean? We don't know.

Occasionally the writing bogs down in details overly numerous and technical for a wide readership, as when Wragg Sykes describes too many fine distinctions among too many tool types. How you feel about the lyrical introductions she pens to each chapter will depend on your affinity for dense prose like this: "He lingers close to the light of the hearth — fanged ones always follow kills — but his feet dance as the un-made deer arrive on many shoulders, haloed by puffed breath in the frigid air."

Make no mistake, though. What Wragg Sykes has produced in Kindred, after eight years of labor, is masterful. Synthesizing over a century and a half of research, she gives us a vivid feel for a past in which we weren't the only smart, feeling bipedal primate alive. That feel comes across sometimes in startlingly fresh ways. I was entranced by the chapter "Many Ways to Die." Wragg Sykes honors Neanderthal love and grief through describing the burials they planned and carried out. Then she invites us to comprehend a cultural system in which butchery and cannibalism was seen as an "act of intimacy, not violation" and where bodily consumption may have been part of "grief management." Here is mind-expanding popular science!

Why, if they were so competent, cooperative, and cultural, did the Neanderthals die out at the population level? Somehow, they reached a limit to their adaptability. Wragg Sykes thinks it may have been a perfect-storm combination of factors, in which highly unstable climate and competition from Homo sapiens finally proved too much to withstand.Yet to think of the Neanderthals as a failed lineage is plainly wrong: "That the vast majority of living people are their descendants is, by any measure, some sort of evolutionary success."

Kindred tells of another success story, too. "After more than 160 years, we have finally begun viewing Neandertals on their own terms," Wragg Sykes writes. It's about time.

Barbara J. King is a biological anthropologist emerita at William & Mary. Her seventh book, Animals' Best Friends: Putting Compassion to Work for Animals in Captivity and in the Wild, will be published in March. Find her on Twitter @bjkingape.