Accessibility links
Coronavirus Weighing Heavily On Voters In Arizona The presidential race and the balance of power in the U.S. Senate could come down to how the vote goes in this battleground state, which also has among the highest COVID-19 death rates in the nation.

Arizona is in the news a lot these days.

It's a battleground state in the 2020 election, of course. Recent polls have shown former Vice President Joe Biden with a narrow lead and its Senate race between Republican Sen. Martha McSally and Democratic challenger Mark Kelly is considered a toss up.

But Arizona also has the dubious mark as a state with one of the highest number of COVID-19 deaths per capita in the nation.

Ask voters like Melissa Trujillo how much of a factor the pandemic is in the election and they'll tell you, well, it's everything.

"This whole COVID thing made me realize, oh guess what, now I have a pre-existing condition," Trujillo says. An avid runner and hiker, Trujillo, 43, got infected in June and four months later she's still suffering from headaches, memory loss and fatigue. 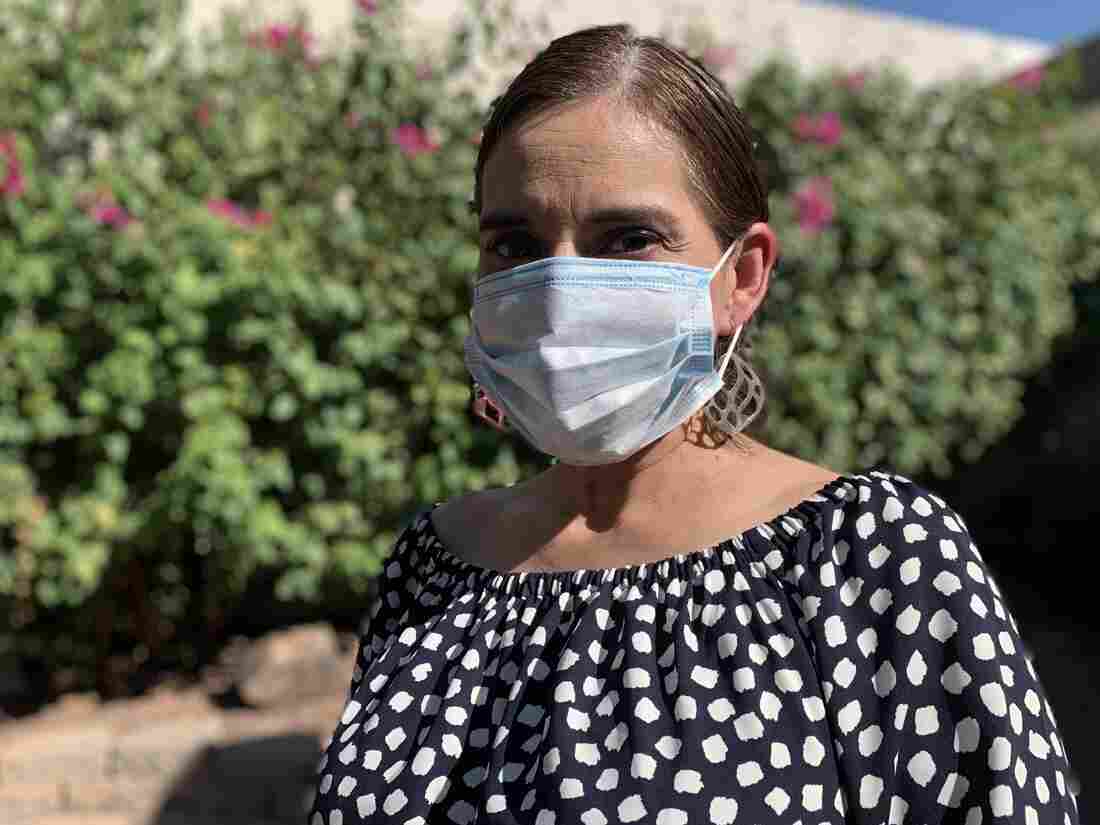 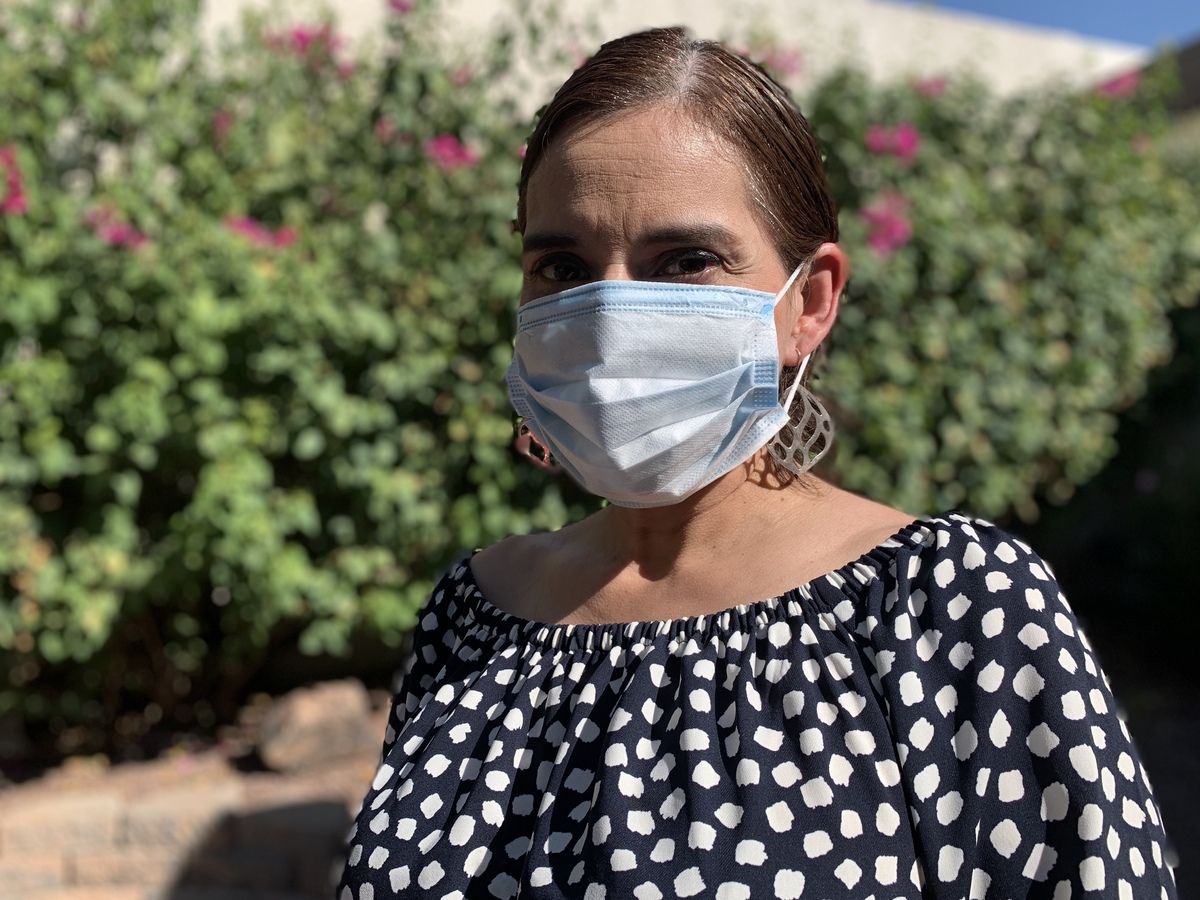 Melissa Trujillo got COVID-19 in June. Four months later, she still suffers from fatigue and headaches.

She currently has insurance through her employer but she worries about what would happen, especially if she loses her job and the Supreme Court overturns the Affordable Care Act, which is being challenged by the Trump administration.

Republicans have not introduced a replacement measure. Arizona hasn't voted for a Democrat for president since Bill Clinton in 1996. But with the focus on health care and the pandemic, the party thinks they have a shot from the top of the ballot down.

Coronavirus cases in Arizona were relatively low until Gov. Doug Ducey lifted a statewide stay at home order in mid May, says Will Humble, who headed the Arizona Department of Health Services under former Gov. Jan Brewer.

"We went from a stay at home order that had good compliance to basically a free for all," he says.

Humble, who now runs the Arizona Public Health Association, traces that abrupt reversal to pressure from President Trump, who had campaigned in Arizona just days before the order was lifted. He says the fallout was disastrous. Cases surged. And by the peak in July, 150 people a day here were dying from the virus - mostly older people, even though young adults accounted for the bulk of the cases.

"You can pin that on the president," Humble says. "But to me I pin it on those elected officials that look at the clear evidence, know better, and still fall in line with his rhetoric."

There's still no statewide mask ordinance and initially cities like Phoenix and Tucson that tried to pass their own were overridden by the governor. Bars and restaurants reopened with little or no enforcement. So did gyms, which is where Trujillo thinks she got the virus.

But surviving COVID-19 actually motivated Trujillo to get involved in politics for the first time. When not working and homeschooling her kids, she spends her free time registering voters virtually and taking to her Facebook Live show to talk about why this election is critical.

The virus as a 'weapon'

Registering new voters and motivating Latinos in general may be an easier lift in more diverse Phoenix, where bilingual Democratic campaign signs crowd busy intersections. The key voting demographic accounts for about a quarter of the Arizona electorate. But leave Phoenix proper, and drive the mega freeways east, and the scene gets a lot more conservative — and whiter.

Mesa, where Trump staged a large rally in 2018, is known as one of the most conservative cities in America. Kathleen Winn, 62, had several friends who got the virus and recovered. She and her husband also know of people who died.

"My husband and I have been tested six times and we've never gotten it," Winn says. Her husband is the same age as the president, 74, so they've been extra cautious as he's considered more at risk.

Coronavirus is also a big factor in Winn's vote. She's a businesswoman and wants Trump in charge of managing the eventual economic recovery. She's also frustrated over what she says was the rapid politicization of the pandemic.

"We need to protect ourselves, we need to be safe," Winn says. "But Covid has become a weapon with people calling out people whether they're wearing a mask or not." 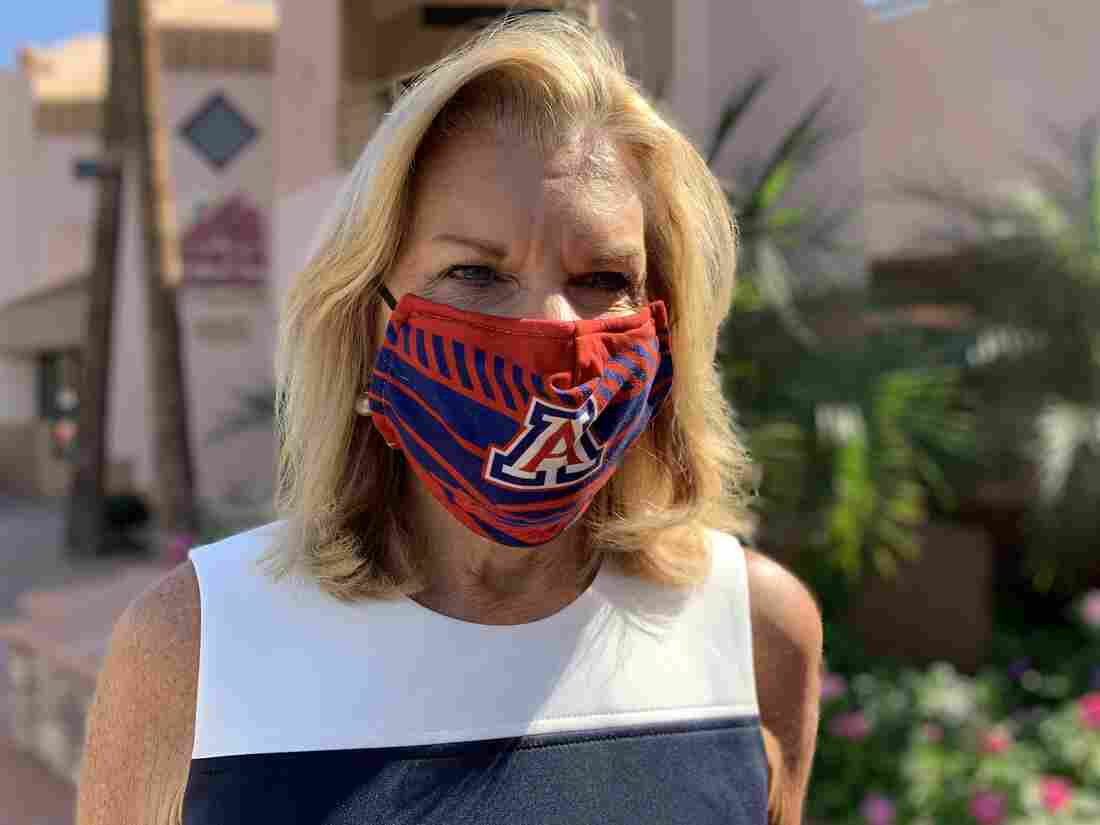 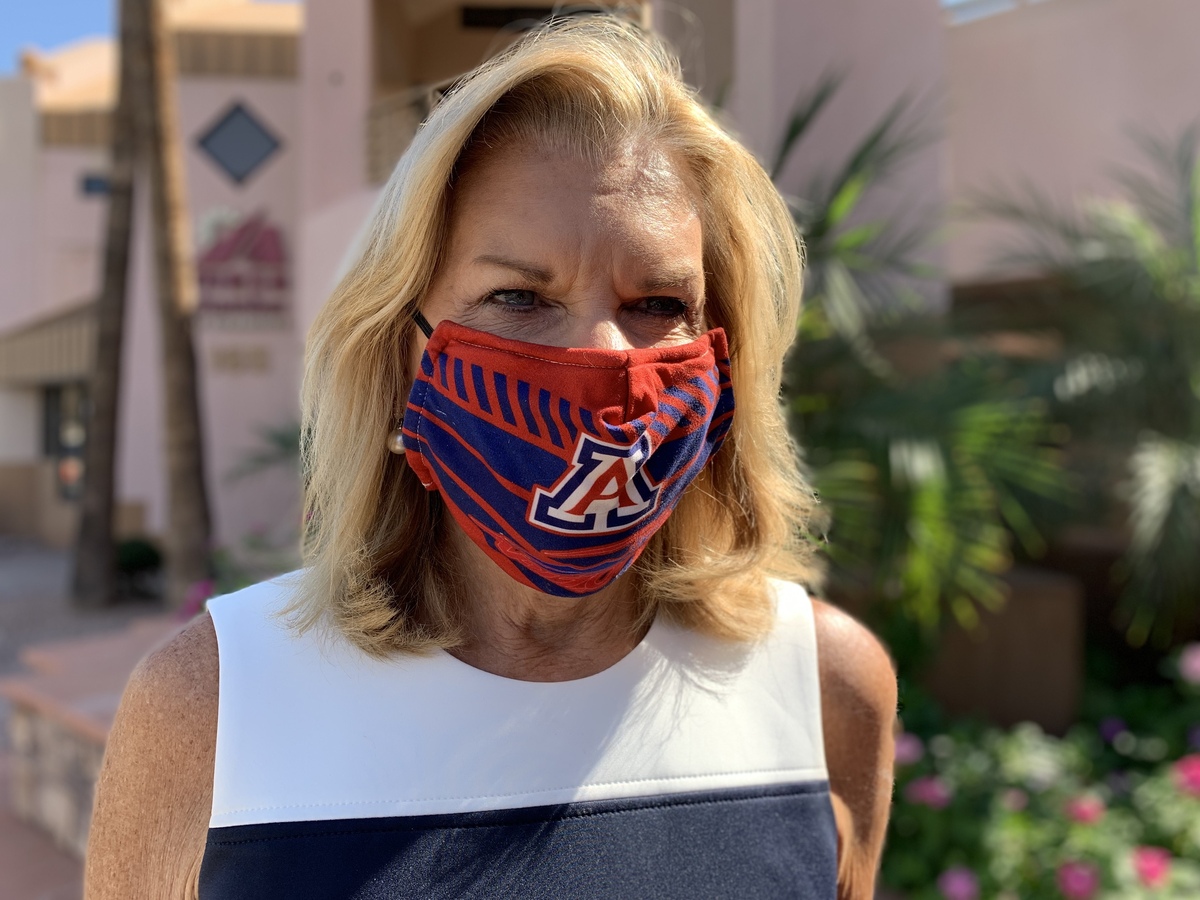 Kathleen Winn of Mesa, Ariz., says she's frustrated with how quickly the pandemic was politicized.

Voters like Winn probably had their minds made up before the pandemic. And even now, with more than 225,000 Americans dead from the virus, there's little blame for the president in Mesa.

Larry Dawson, who's hitting golf balls at a nearby driving range during a break from work, says the president was right to let states take the lead. He thinks the media has created "hysteria" over the pandemic.

"It hasn't changed our lives much," Dawson says. "Here in Arizona now we're able to go out, we're able to enjoy most things normally other than social distancing and mask wearing."

Fears of a second surge

Indeed, things feel pretty pre-pandemic in places here — people sitting at the bar, crowded onto stools, patrons eating indoors in the air conditioning, some restaurants don't appear to be following the recommended 6 ft spacing between tables either. And lately, cases are starting to go back up again.

Back in Phoenix, that worries Jennifer Dennis, who's on an evening walk with her husband in Cesar Chavez Park. Talking through her mask, the retired nurse says she thinks Trump took a cavalier attitude from the beginning.

"A lot of the news about it was kept from us," Dennis says. "They didn't put a lot of safety measures and protocols in place that they could have and I think that that made the risk for us higher."

Dennis hasn't been feeling well lately. Her doctor thinks it's just a cold but she got tested anyway as a precaution and has been mostly isolating.