Accessibility links
U.S. Agency Targets Its Own Journalists' Independence In a late-night move to assert editorial control, the CEO of the U.S. international broadcasting agency rescinded a rule which established a "firewall" between the newsroom and political appointees. 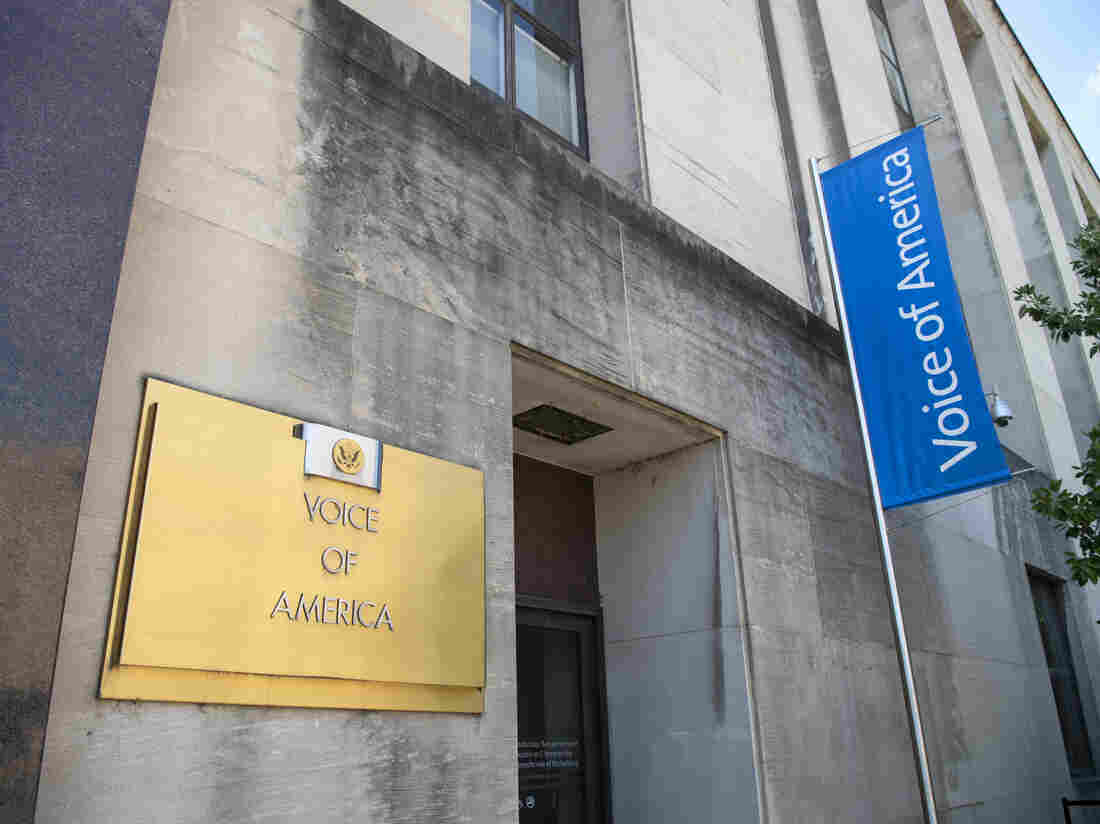 The Voice of America building is pictured in Washington in July. Caroline Brehman/CQ-Roll Call Inc. via Getty Images hide caption 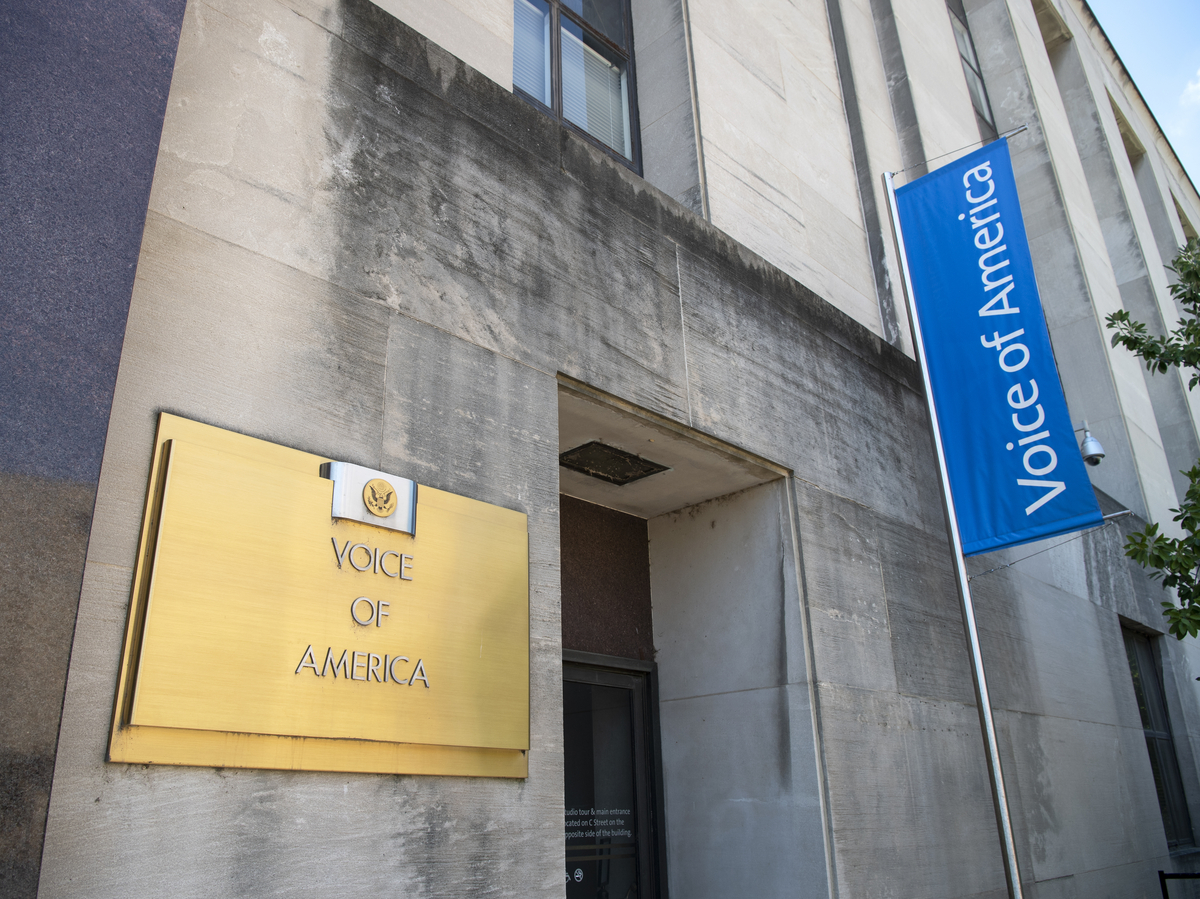 The Voice of America building is pictured in Washington in July.

A regulatory "firewall" intended to protect Voice of America and its affiliated newsrooms from political interference in their journalism was swept aside late Monday night by the chief executive of the federal agency which oversees the government's international broadcasters.

Michael Pack, a Trump appointee who assumed leadership of the U.S. Agency for Global Media in June, wrote that he acted to eliminate policies that were "harmful to the agency and the U.S. national interest." And Pack argued they had interfered with his mandate "to support the foreign policy of the United States." 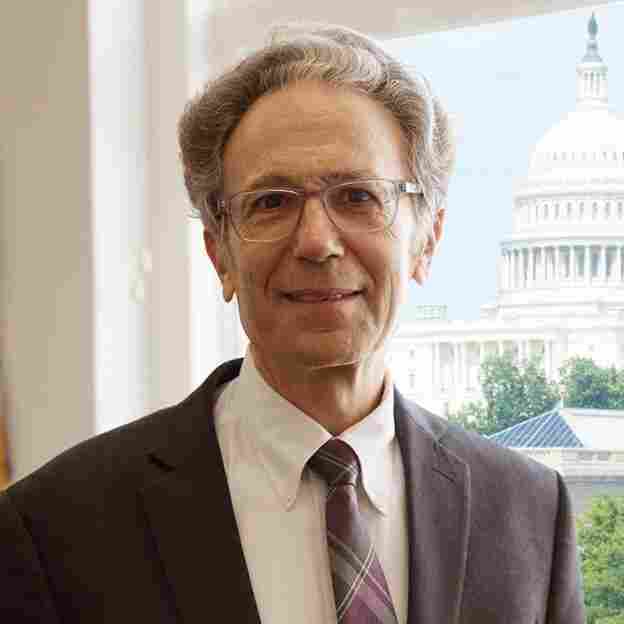 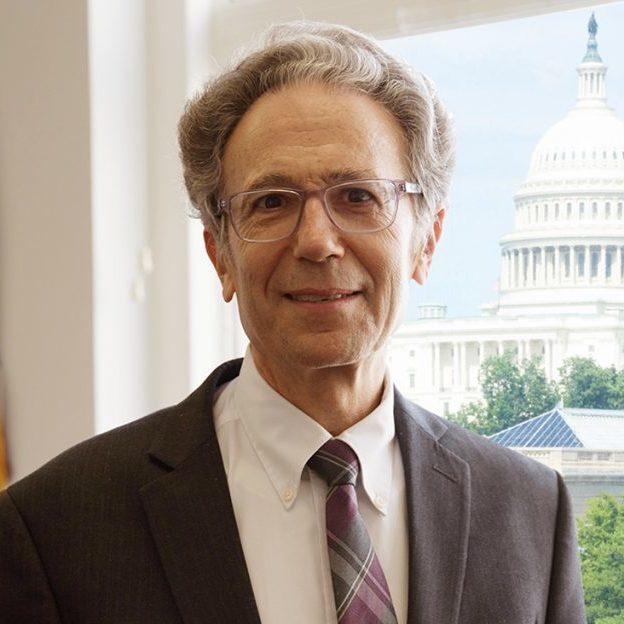 U.S. Agency for Global Media CEO Michael Pack dismissed the heads of all its broadcasters when he took office in June.

Pack has already come under fire for revelations that his senior aides investigated the agency's journalists for bias against President Trump and pushed for their dismissals and reassignments, in seeming violation of the rules he has now rescinded, effective immediately.

The move set off a firestorm.

They historically have demonstrated American pluralism by providing balanced coverage of news events and robust political debate, regardless of how it reflected on current government officials. The broadcasters are also intended to serve the citizens of nations which do not allow journalists to operate freely.

"The key to the credibility of any news organization is editorial independence and adherence to the professional standards of journalism," said David Kligerman, whom Pack suspended as the agency's general counsel in August.

Kligerman was the chief author of the regulation which Pack just killed. It was supported by the agency's bipartisan board, which was dissolved upon Pack's confirmation. Kligerman is also among a group of a half-dozen whistleblowers who have come forward to challenge Pack's actions since he arrived in June.

"The firewall protects the networks by insulating their editorial decisions from political interference," Kligerman said. "That is what differentiates the Voice of America and the other USAGM-funded networks from the state-sponsored propaganda of Russia, China, Iran and others."

Several others who work at the agency told NPR they believe the threat to the VOA's independence is "existential." They requested anonymity out of fear of retribution. Pack has purged USAGM and its broadcasters of top executives whom he believed to be insufficiently loyal.

Pack and a top deputy who handles the press did not respond to questions from NPR shortly after the release of the order rescinding the regulation. It was posted on USAGM's website, accompanied by a more formal policy statement that spelled out the justification for the decision.

"By design, [the broadcasters'] purpose and focus is foreign relations and the promotion of American objectives — not simply presenting news or engaging in journalistic expression," the statement read.

In the statement, Pack noted he was the agency's first CEO appointed by the president and confirmed by the Senate under a series of reforms intended to streamline the agency. He said in his memo that the inability to set standards inside the newsroom needlessly complicated his ability to run the agency.

In private-sector newsrooms, including NPR, policies preclude or strongly discourage the involvement of non-news executives in specific news coverage. NPR CEO John Lansing preceded Pack at the USAGM. Under NPR's protocols, Lansing, corporate executives and top news executives do not review coverage of USAGM, including this article, before it is published.

"Mr. Pack's attempt to repeal the regulation (which itself is unlawful) confirms the allegations in our suit," Boutrous wrote in a statement. "Rather than protecting these cherished media outlets, their independence, and their credibility, Mr. Pack is trying to break the firewall down brick by brick. At the very least, Mr. Pack is now being honest with the public about what he has been doing all along, taunting independent journalism and violating the First Amendment."

The regulation was written as something of a rear-guard action to protect against the possibility of the new CEO intervening in news coverage. Pack's nomination had languished for more than two years but won new life in the spring when the White House attacked the Voice of America for its coverage of COVID-19 in China.

Asserting control in the shadow of big events

Pack's bold move was taken in the dark of night — announced at 10:18 p.m. Eastern Time in a note to all of USAGM's several thousand employees, on the same night as the swearing-in of a new U.S. Supreme Court justice, and just eight days before Election Day.

Presidential politics have hovered over all of the controversies in Pack's brief tenure.

In his memo to staff Monday night, Pack offered examples of actions the firewall prevented him from taking. Among them: "Enforce consequences for violations of the agency's legally binding charter, which, for instance, prohibits biased reporting; Issue policies and procedures that require journalists not to advocate political positions."

Those concerns have been reflected in the investigations undertaken by Pack's associates.

An investigative attorney and a senior policy advisor hired by Pack pressured acting VOA director Elez Biberaj to sideline VOA White House bureau chief Steven Herman from campaign coverage over perceived bias. They said tweets in which Herman referenced statements critical of the president were his own political advocacy, rather than part of a body of work covering Trump and the campaign.

She noted VOA had been founded in 1942 during World War II to combat Nazi propaganda with credible news reports, including Allied setbacks as well as advances. The service followed that practice during the Cold War, along with its sister networks. It was codified in a charter drafted in 1960 and signed by President Gerald Ford in 1976, which promised VOA's news would be "accurate, objective and comprehensive" and "represent America, not any single segment of America society."

"If you looked at the entire body of everything, it all pointed in the same direction, from the origin story on," Bennett said. "There's a stack of stuff, you know, 4 inches high that all contain essentially the same language and say essentially the same thing — that the newsgathering operation had to be protected from the political interference."

On its website, USAGM has posted a list of "rumors, myths and untruths" in which, among other things, it defends the firewall. "The firewall is critical to ensure that USAGM journalists and editors can make the final decisions on what stories to cover, and how they are covered," the page reads.

As of early Tuesday morning, the agency's site still touted the virtues of the "firewall." But the CEO had swept it away.

Disclosure: This story was reported by NPR media correspondent David Folkenflik and edited by NPR's Mark Katkov. Because of NPR CEO John Lansing's prior role as CEO of the U.S. Agency for Global Media, no senior news executive or corporate executive at NPR reviewed this story before it was published.