Accessibility links
Review: Sarah Cooper's Netflix Special Has Trump Lip-Syncs, But Plenty More, Too Sarah Cooper became famous for TikTok videos in which she lip-synced the president. Now, she's digging deeper into the emotional messes of this year. 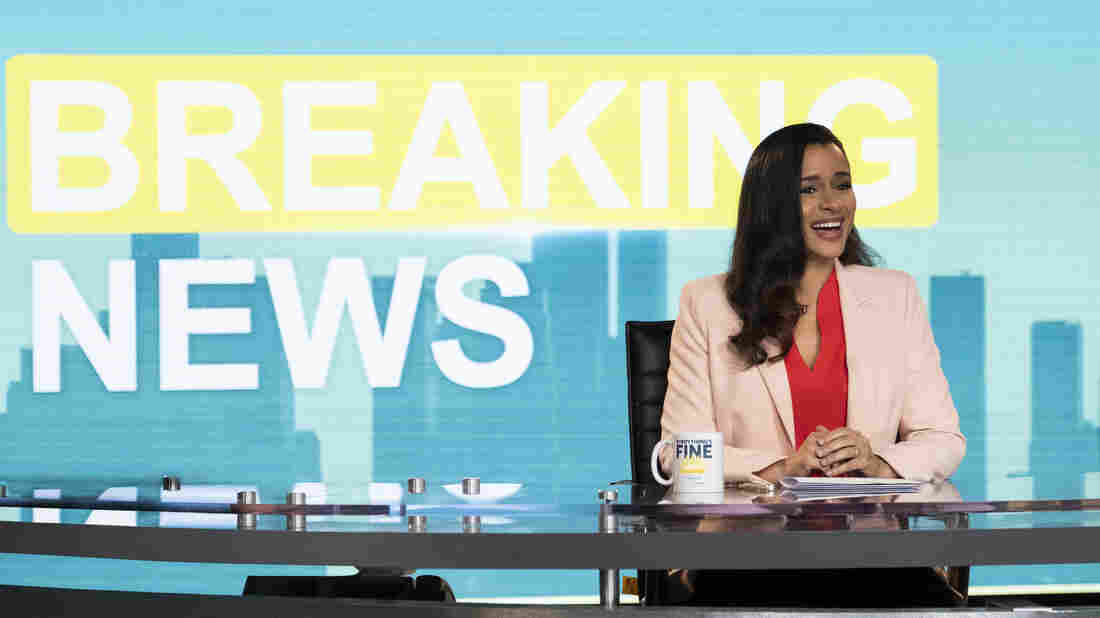 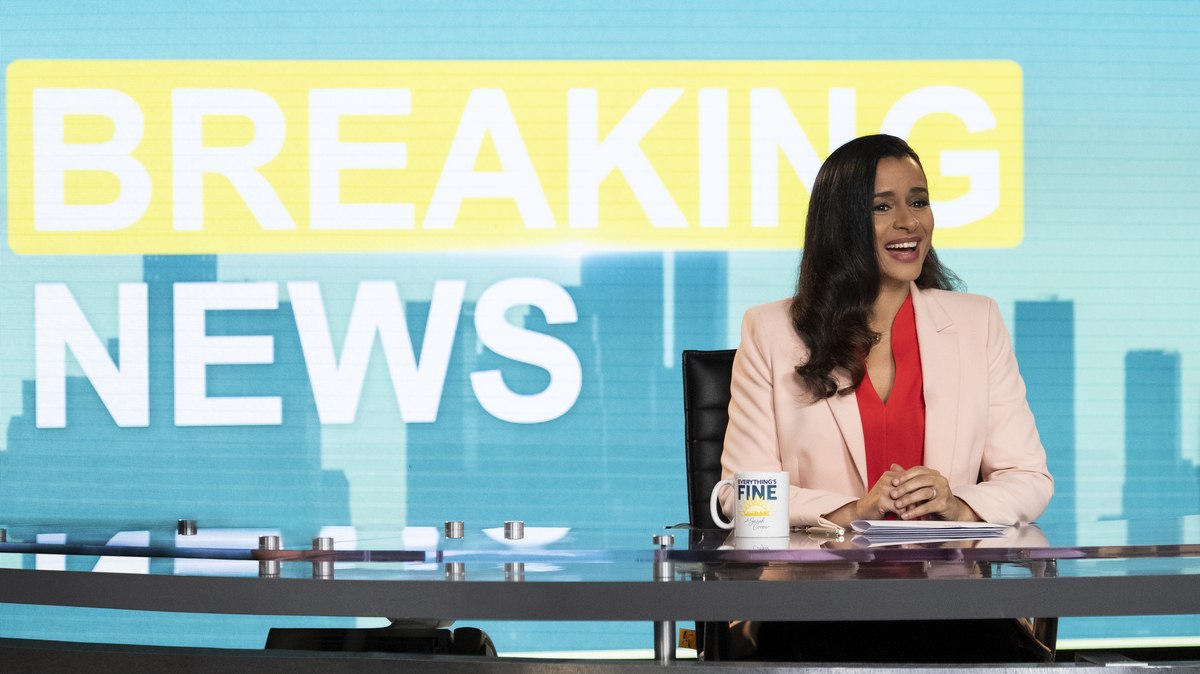 Sarah Cooper delivers the news in her special Everything's Fine.

Sarah Cooper is in a tough spot. A great spot! But a tough spot. And from that spot, working quickly to make her special Sarah Cooper: Everything's Fine, she has managed to create one of the most effective pieces of the year when it comes to representing what this year has felt like.

Cooper has been working in comedy for a long time, but in 2020, with everyone more isolated than usual and bathed in election anxiety, her TikTok lip syncs of President Donald Trump made her famous. Suddenly full of the kind of career heat that can either last or ... not, she got the opportunity to make a special for Netflix, and now — a week before her most famous target either is or is not reelected — it's here. And the reason she's in a tough spot is that this is not the path of a lower-profile stand-up who finally gets to put a complete act on a streaming service with a giant audience. But it's also not the path of a big star who's been famous for years who can come to Netflix and play the hits, or moderate remixes of the hits.

The first hint about the creative direction is ... literally the direction: Cooper's special was directed by Natasha Lyonne, the star and one of the creators of the offbeat, emotionally rich series Russian Doll. Lyonne's involvement shores up the Cooper special in being one of the best things comedy specials often aren't: genuinely off the wall. Not smugly vulgar or "ooh, how daring, you can't do that on television," just conceptually, tonally strange, designed to speak to a year that has often been the same.

The general conceit is that Cooper plays a version of herself who's hosting a perky morning news show called Everything's Fine. Her producer (Fred Armisen), dressed in an escalating series of pandemic protective gear, monitors her increasingly frantic efforts to maintain a happy face and a feeling of normalcy as the pandemic, the president, the environment, and — oh, right — an asteroid bear down on her.

Everything's Fine has a comedy-variety rhythm as it skips quickly from segment to segment like a particularly unhinged SNL episode. Some segments don't work or aren't especially funny, but they're generally over quickly. What does work, more and more as the show progresses, is the tone, as Cooper — the fictional morning-host Cooper who ties all the segments together — begins to buckle under the strain of pretending that, as they say, everything's fine.

This TV-host bit seems forced at first, but it turns out to be smart: It allows for Cooper to pull out the lip sync a few times — not just for the president, but for other people, too — without making it the center of the entire piece. It lets her give those who know her only for the presidential lip sync what they came for, while also pushing forward a real comedy idea that's not about that. Instead, it's about trying to wrap her brain around a baffling, deeply upsetting historical moment.

I wouldn't spoil the specific segments; I certainly wouldn't spoil the guests. But I'm not sure I've seen anything else in comedy that so effectively conveys the sense of growing, accelerating anxiety that 2020 has brought. I have compared that feeling to an orchestral composition made up entirely of cymbal crashes that grow unrelentingly louder; Cooper sees it as an endless day in the life of an exhausted television personality whose job it is to pretend that things are normal. Her efforts to smile through it are familiar, most likely, to many of us. Cooper is focused here on the comedy of panic, of a wide-eyed fear that everyone can see her cracking under the weight of what she know she can't sustain indefinitely. (I mean, perhaps this is what she's always been focused on.)

The farther the special goes, and the stranger it gets, the better it is. And the more it becomes the comedy of asking "Have I lost my grip, or is there nothing left to grip?", the more I felt like finally, finally, the pop culture of 2020 was speaking my language. Not just the language of politics, but the language of the days I have spent staring at my walls. The language of the times when I have wondered when I'm ever going to get out of this house regularly again. The language of "sure, murder hornets, that checks out." The language of wanting to scream that reality still exists and is not, in fact, merely a series of dueling tweets. For me, this was the first piece of pandemic entertainment to successfully convey the feelings of instability and emotional unsteadiness that have been part of so many of our lives since the spring.

This was a tough assignment: Turn around something very quickly that would strike while the iron was hot and satisfy the curious, but not ossify Cooper's talents into one TikTok idea, even if it was a great TikTok idea. Cooper and Lyonne have succeeded in making a curiously dark bit of fiction that hangs a lot of smaller comedy ideas from a larger, sturdier tonal experiment. It's really good.

And yes, the lip syncs are good, too.