Accessibility links
Judge Rules Against DOJ; E. Jean Carroll Suit Against Trump Proceeds A federal judge says the government may not substitute itself for President Trump as the defendant in the matter and accordingly neutralize the case. So the suit against the president can proceed. 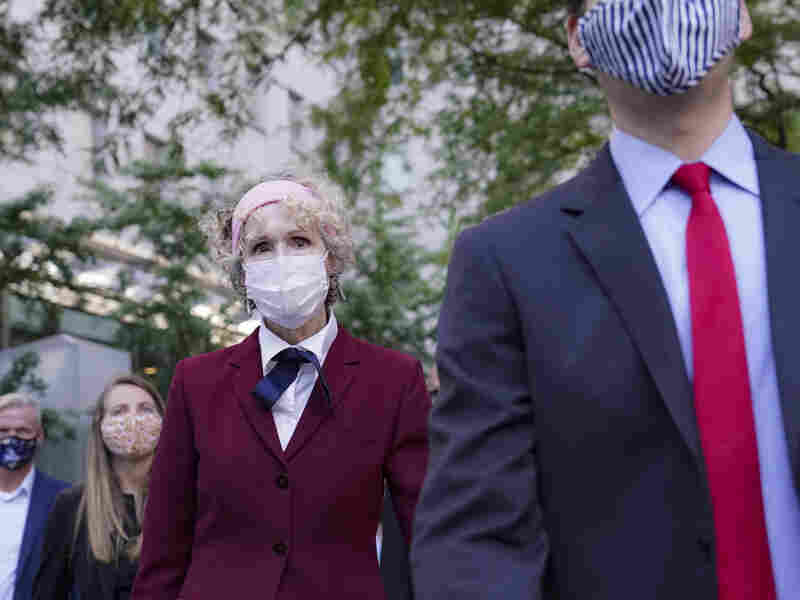 E. Jean Carroll (left), who has accused President Trump of raping her in the 1990s, leaves federal court in New York City after a hearing last week in her defamation lawsuit. John Minchillo/AP hide caption 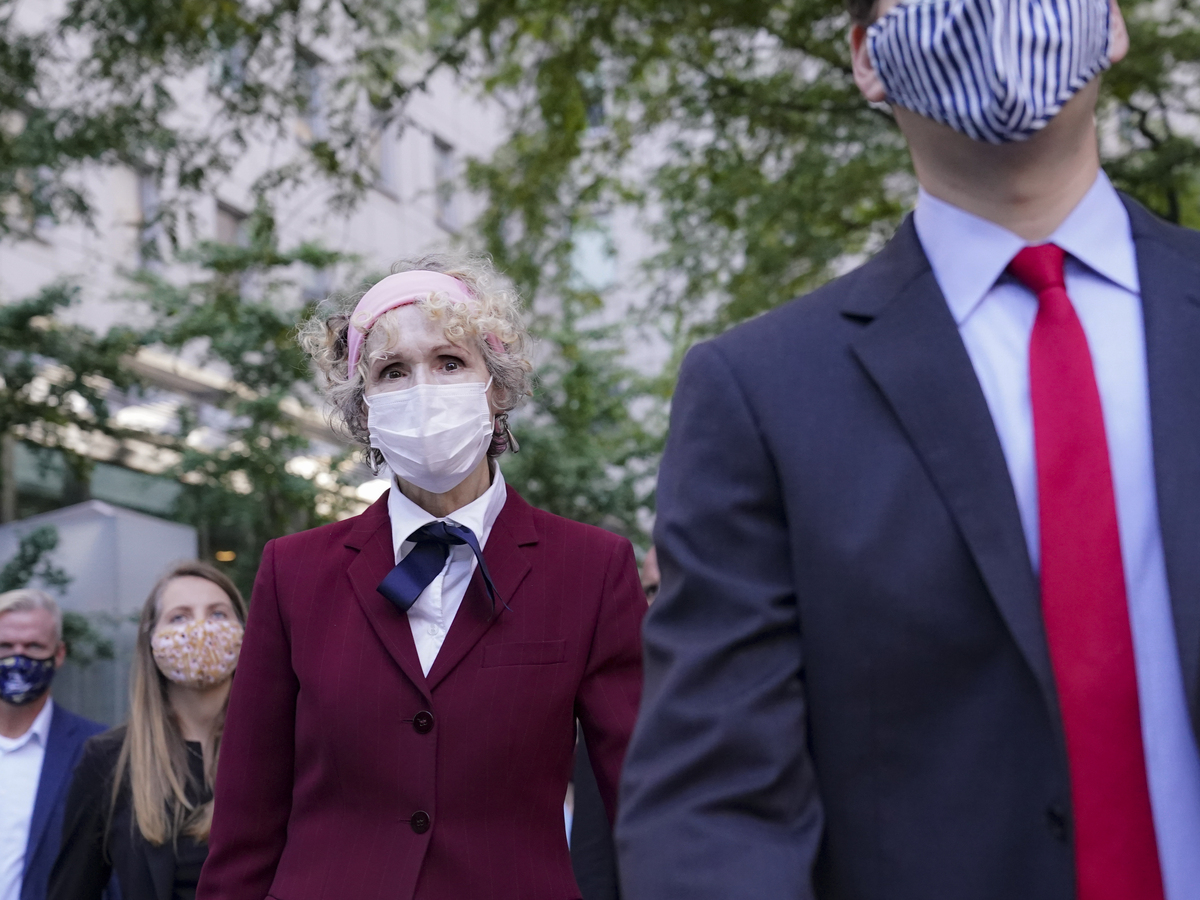 E. Jean Carroll (left), who has accused President Trump of raping her in the 1990s, leaves federal court in New York City after a hearing last week in her defamation lawsuit.

A federal judge has denied the Justice Department's attempt to intervene on President Trump's behalf in a defamation lawsuit filed by a woman who alleges he sexually assaulted her in the mid-1990s.

In her memoir published last year, writer E. Jean Carroll accused the president of raping her in the dressing room of a Manhattan department store more than two decades ago.

Trump denied the allegations and accused her of lying to sell books.

Carroll then sued Trump last year in state court in New York for defamation, contending he harmed her reputation with his counterclaims.

That lawsuit proceeded normally until last month when the Justice Department took the unusual step of intervening in the case. It argued that Trump was acting within the scope of his official duties as president when he denied Carroll's allegations.

The Justice Department argued that the federal government therefore should step in as the defendant in the case.

"The president of the United States is not an 'employee of the government' within the meaning of the relevant statutes," Kaplan wrote. "Even if he were such an 'employee,' President Trump's allegedly defamatory statements concerning Ms. Carroll would not have been within the scope of his employment."

Kaplan wrote that Trump's comments concerned an alleged sexual assault that predates his time in office, and the allegations against him "have no relationship to the official business of the United States."

"To conclude otherwise would require the court to adopt a view that virtually everything the president does is within the public interest by virtue of his office," Kaplan wrote. "The government has provided no support for that theory, and the court rejects it as too expansive."

There was no immediate reaction from the White House, Carroll or the Justice Department.

If the judge had allowed the U.S. to replace Trump as the defendant in the lawsuit, legal experts said it likely would have spelled the end of the case because the federal government can't be sued for defamation.

Attorney General William Barr and the Justice Department argued that the same principle applied in the Carroll case.

Barr had said he considered it "standard practice" that a federal employee being sued in this way would alert the Justice Department so that it could enter the matter, which the attorney general said was again appropriate in this case.

The attorney general's critics, including House Democrats and some former Justice Department employees, have called him too sympathetic to Trump and too eager to deploy the department in ways that help the president politically.