Accessibility links
Zeta Triggers Hurricane Warning For New Orleans As Gulf Coast Awaits Storm "This is a life-threatening situation," the National Hurricane Center said, urging people to take precautions against the risk of flooding. Louisiana and Alabama have declared a state of emergency. 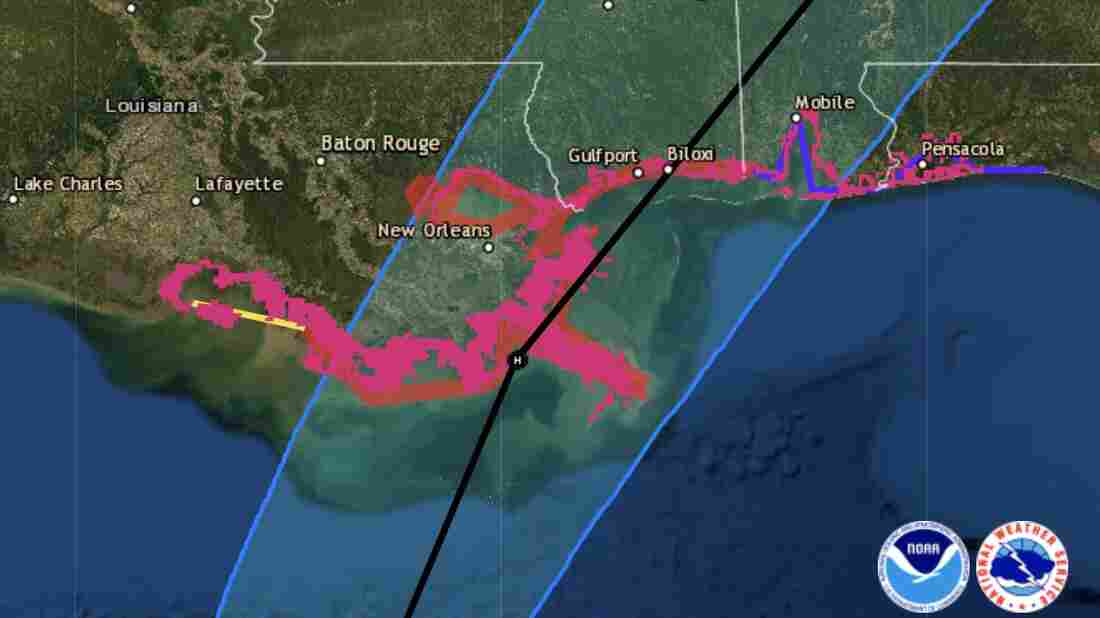 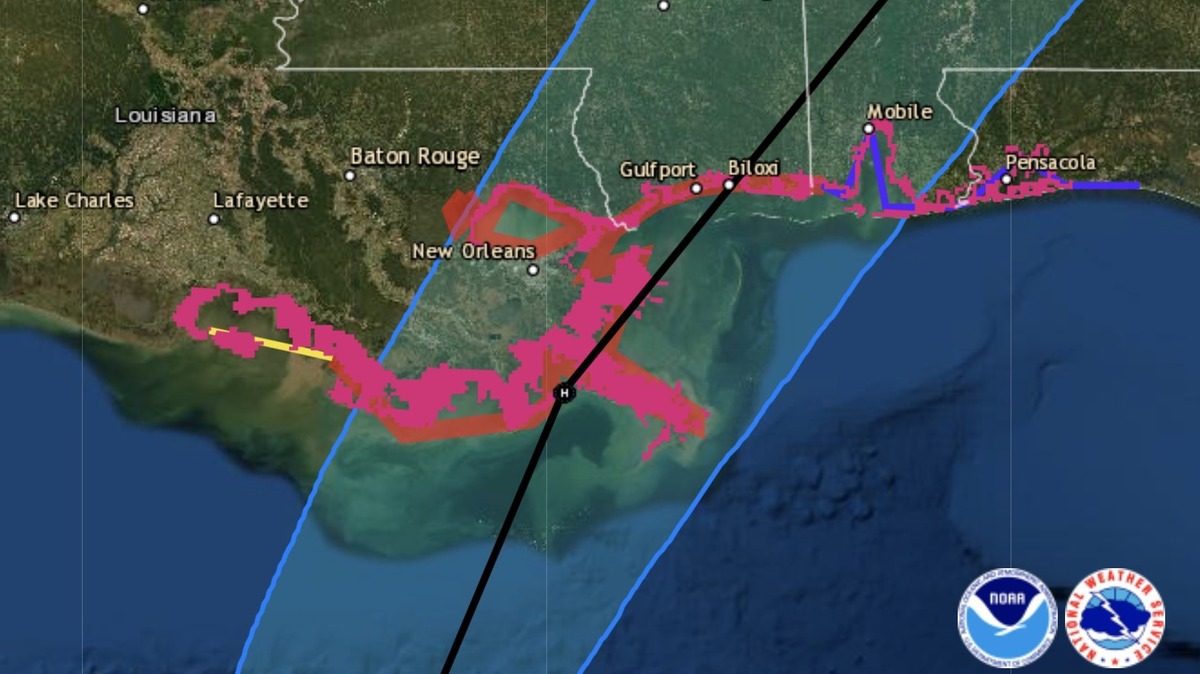 Zeta will likely hit coastal areas of Louisiana and Mississippi as a Category 1 hurricane, the National Hurricane Center says.

Zeta is now a Category 1 hurricane with maximum sustained winds of 85 mph and is expected to strengthen on its way across the Gulf of Mexico, the National Hurricane Center said. Parts of Louisiana and Mississippi are now under hurricane warnings, including metro New Orleans.

The hurricane will bring a "life-threatening storm surge" the hurricane center said, urging people to take precautions against the risk of flooding and other hazards.

Louisiana Gov. John Bel Edwards asked President Trump for a federal emergency declaration to help respond to Zeta when it makes landfall. "I anticipate the need for emergency protective measures, evacuations, and sheltering for high-risk areas," Edwards wrote, also asking for search and rescue teams near the impact area. Edwards declared a state of emergency on Monday.

Zeta will make landfall on the northern Gulf Coast late Wednesday afternoon or Wednesday night before moving across the Southeast early Thursday, the hurricane center said. The forecast path sees the center of the storm passing near Biloxi, Miss.

If Zeta hits the U.S. coast as a hurricane, it would be latest hurricane landfall on the continental U.S. since Kate in 1985, according to meteorologist Philip Klotzbach. It's following a path that's similar to other recent storms such as Hurricane Delta, which passed over Mexico's state of Quintana Roo before spinning its way to the U.S. Gulf Coast.

Zeta's large size and angular approach to the shore mean a broad area is under alert. Tropical storm warnings extend inland to an area just south of Montgomery, Ala.

A Flood Advisory is now in effect for portions of NE St. Tammany Parish and SW Pearl River Co. USE CAUTION if traveling in this area for the next few hours. Remember: Turn Around Don’t Drown when encountering flooded roadways. #lawx #mswx pic.twitter.com/1IIlqwBG9d

Alabama's governor declared a state of emergency Tuesday, as Zeta is projected to cross over the state on Thursday. The Alabama National Guard is prepared for storm response, and agencies were gearing up to move emergency equipment and supplies to areas that may need them.

"While this storm is not expected to have an impact as large as storms we've seen move through the Gulf earlier this year, we want to be in the best place possible to respond to anticipated rain, storm surge and mass power outage," Gov. Kay Ivey said in a statement.

A hurricane warning was issued early Tuesday morning from Morgan City, La., eastward to the Mississippi-Alabama border — an area that includes New Orleans. Such warnings are normally issued 36 hours before the anticipated first arrival of tropical storm-force winds.

Zeta could bring a storm surge of 5 to 8 feet of water in worst-hit areas, the hurricane center said. A storm surge warning is in effect from Intracoastal City, La., to Navarre, Fla., including several bodies of water that are near the shore, such as Mobile Bay, Lake Pontchartrain and Pensacola Bay.

"It's real important," National Hurricane Center Director Ken Graham said Tuesday in an online briefing. "If the local officials tell you to get out of these low areas, you've got to listen to them, because the storm surge is historically the most deadly part of these tropical systems."

The storm is expected to speed up a bit as it nears the coast, a shift that could lessen the impact of its heavy rains. A wide area of the shore will be affected: Zeta is extending tropical storm-force winds outward for up to 140 miles, the hurricane center said.

Zeta is the 27th named storm of the 2020 Atlantic hurricane season. The most in a single season was 28, a mark that was set in 2005, the hurricane center said.

The next three storms on the official list, drawn from the Greek alphabet because the roster of full names is exhausted, would be called Eta, Theta and Iota.