Accessibility links
LA Dodgers Win World Series In Game 6, Defeating Tampa Bay 3-1 It was the end of a pandemic-shortened season of only 60 games. Los Angeles won for the first time in 32 years. 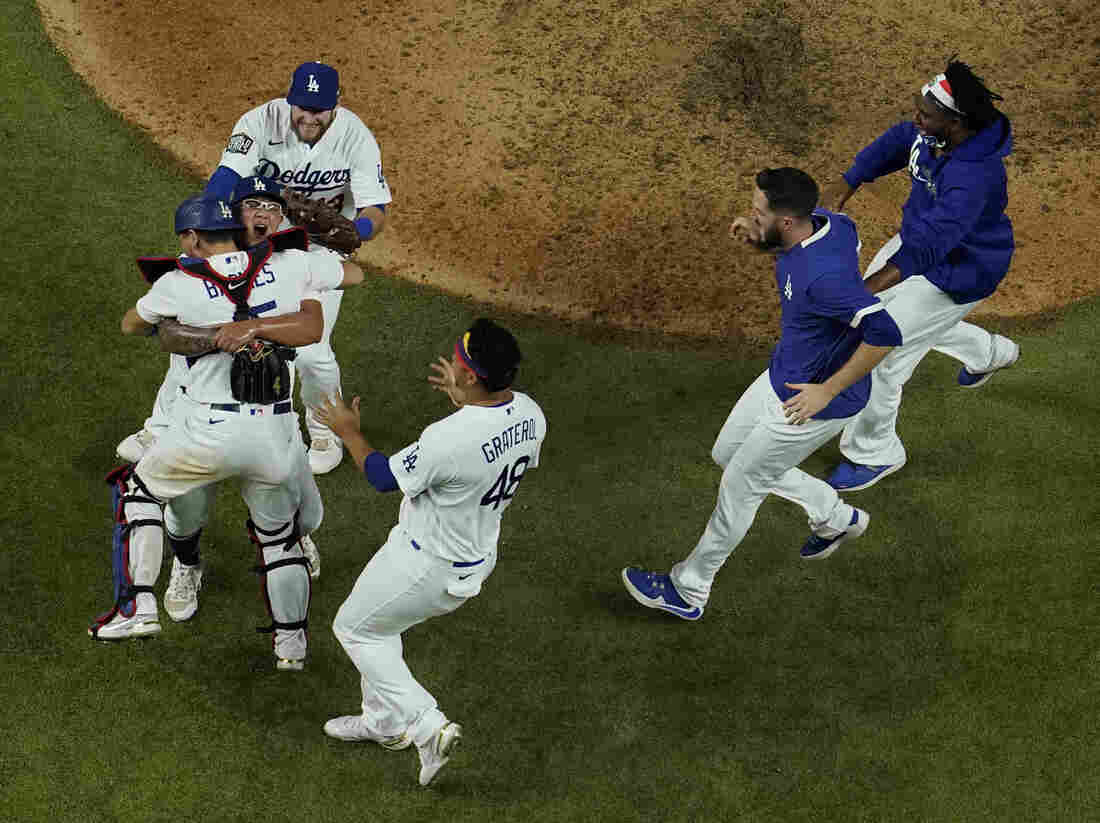 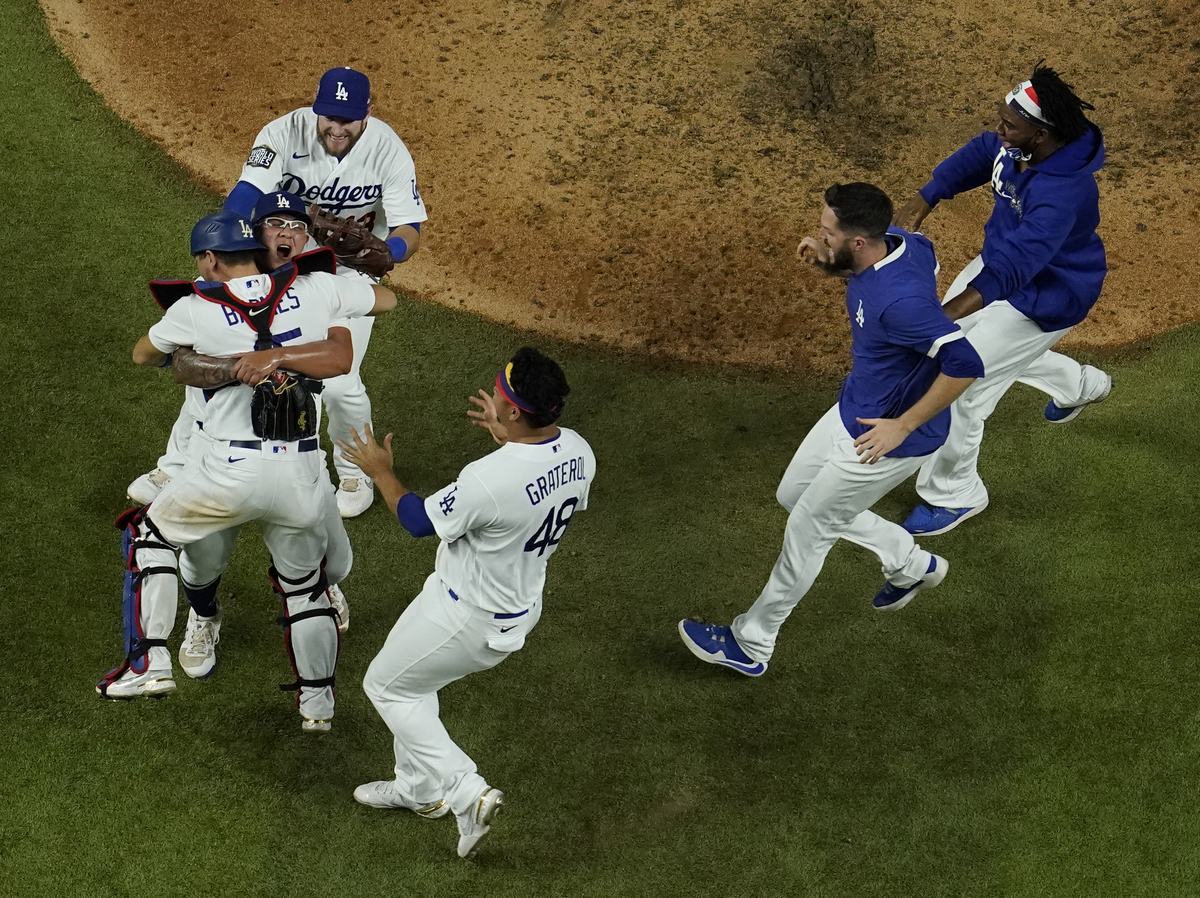 Los Angeles Dodgers celebrate after defeating the Tampa Bay Rays 3-1 to win the 2020 World Series in Game 6 in Arlington, Texas.

It was the longest of waits for the L.A. Dodgers and their long-suffering fans. The last World Series title was back in 1988. That's 32 long years. Yet they have played in three of the last four World Series — including in 2017, losing to the Houston Astros (who, as you may recall, cheated--or more accurately--illegally used technology to steal signs and relay upcoming pitches to Astros batters).

But it took this most unusual of years for the Dodgers to find a way to win it all. Major League Baseball shortened its regular season from the usual 162-games to just 60 because of the coronavirus pandemic. Games were played in teams' home stadiums without fans. A few early-season COVID outbreaks threatened to derail the season altogether.

The Dodgers persevered to become the top team in baseball (finishing with the best regular season record). L.A. led with its offensive prowess, quality pitching and stellar defense. Both teams sparkled during the World Series with momentum swings, long home runs and impressive defensive stops. But L.A. found a way to win.

In a bit of postseason scheduling luck, the Dodgers essentially had home field advantage. They played the National Division Series, the N.L. Championship and the World Series in the same stadium: Globe Life Field in Arlington, Texas. Major League Baseball played almost the entire playoffs at neutral sites to minimize travel and reduce the coronavirus exposure risk. It was the first time since 1944 that the World Series was held at a single site.