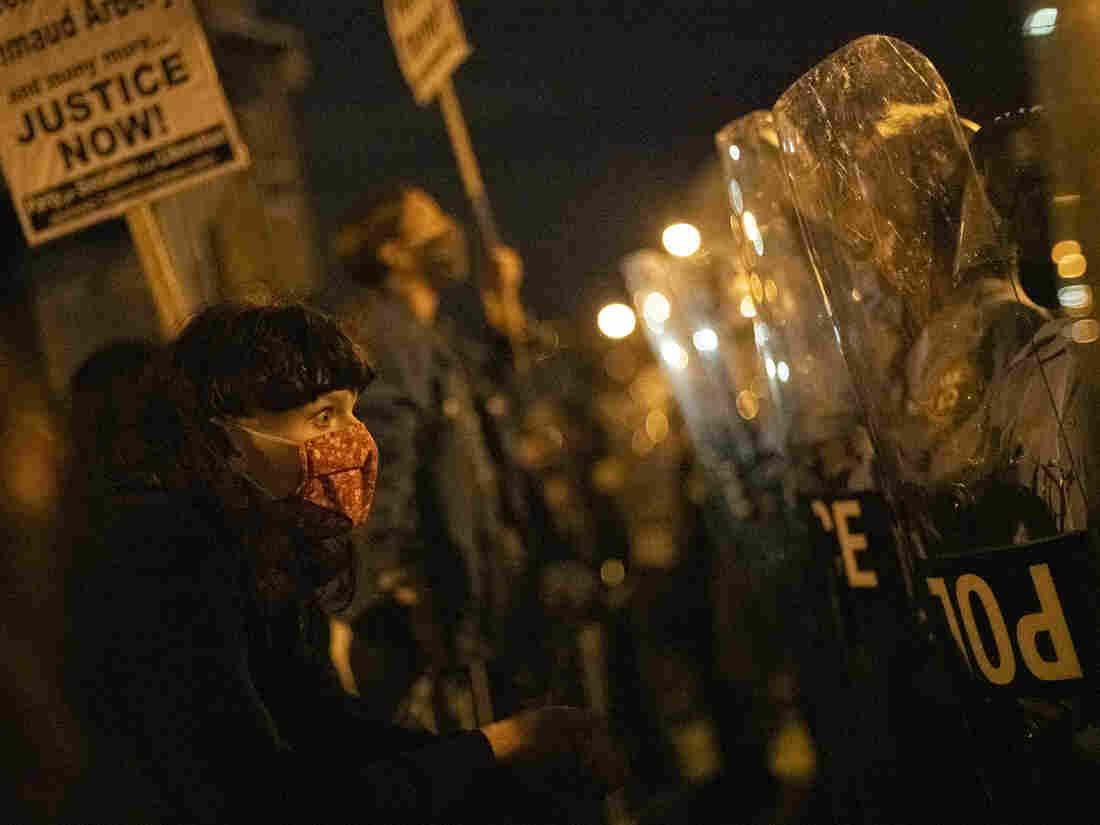 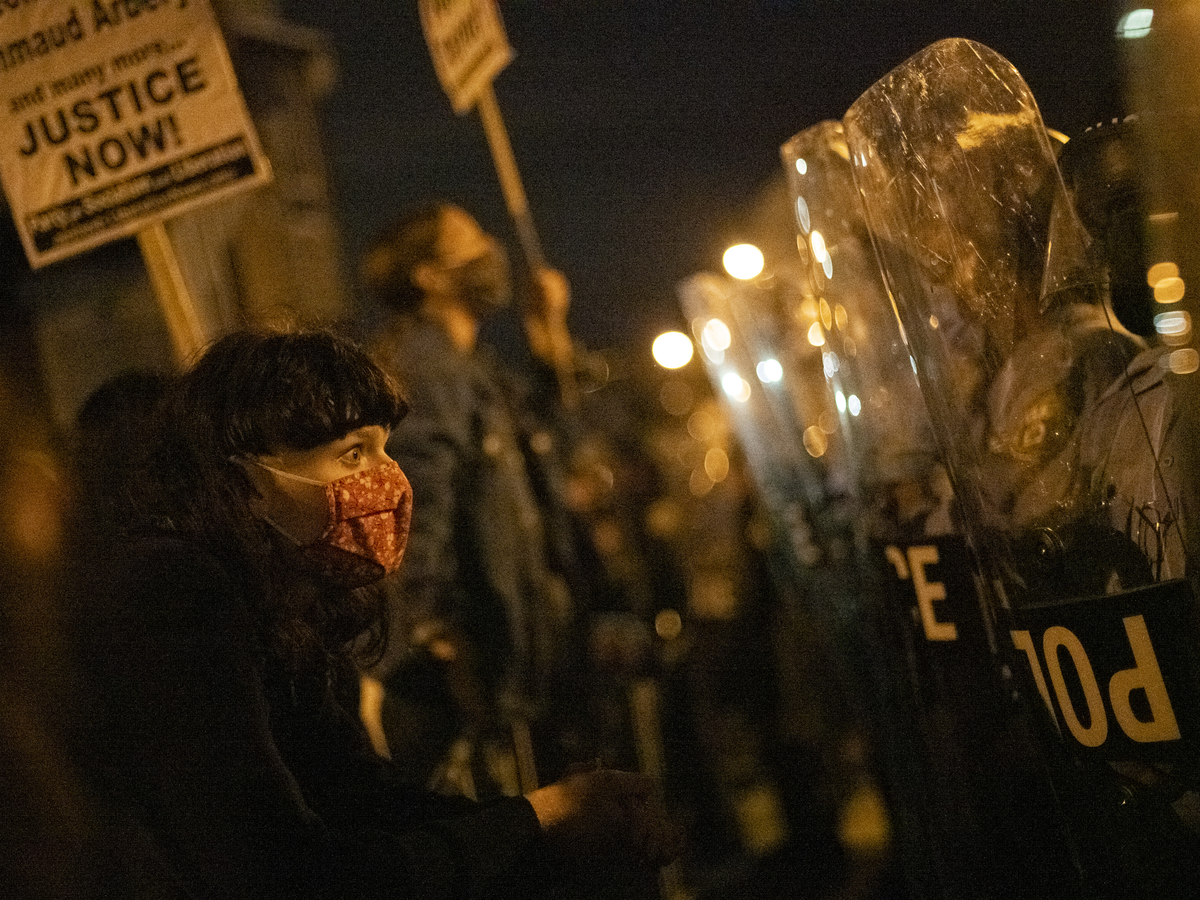 A demonstrator confronts police officers during a protest against the shooting of 27-year-old Walter Wallace.

When police fatally shot 27-year-old Walter Wallace in Philadelphia on Monday afternoon, the issue of police violence and how it disproportionately affects Black Americans was once again thrust into the spotlight.

Protests began nearly immediately after the news broke, with some instances of rioting as well as violence between demonstrators and the police.

In the final days of the presidential election, the two leading candidates in the race, President Trump and former Vice President Joe Biden, have both focused most heavily on condemning any violence and looting as part of demonstrations against police brutality.

Speaking at an event in Paradise, Nev., on Wednesday, Trump, a Republican, downplayed his moral opinion on the shooting itself, instead focusing his attention on the protests, which he said were the result of soft leadership from Democrats on the city and state level.

"It's a terrible thing. What I'm witnessing is terrible. And, frankly, that the mayor, or whoever it is, that's allowing people to riot and loot and not stop them is also just a horrible thing," he said.

"I saw the event — everybody did, it was on television — it was a terrible event. I guess that's being looked at very strongly. We have federal — the federal government is looking at it also. But the rioting in Philadelphia, you have to stop it. They have to stop it. It's a local thing, as you know," Trump said, adding that he would readily send in federal law enforcement to suppress any violent uprisings.

"You got to have law and order. You've got to have respect for our police," he said, trotting out his long-favored talking point of a police system crippled by Democrat inaction.

Biden, the Democratic nominee, on Wednesday said that he would set up a commission to better deal with how police interact with people dealing with mental health issues, but he forcefully condemned any violence and looting during the protests.

"There is no excuse whatsoever for the looting and the violence. None whatsoever. I think to be able to protest is totally legitimate. It's totally reasonable. But I think that the looting is just as the victim's father said, 'Do not do this. ... You're not helping. You're hurting. You're not helping my son,' " Biden, who has been accused by Republicans as being soft on crime, said to reporters after he cast his early ballot near his home in Wilmington, Del.

"There are certain things we're going to have to do as we move along. ... And that is how we deal with how you diminish the prospect of lethal shooting in circumstances like the one we saw. That's going to be part of the commission I set up to determine how we deal with these. ... But there's no excuse for the looting," he said.

Both Trump and Biden have carved out stances on the matter, with Trump focusing his appeals to law enforcement and maintaining "law and order," while Biden has acknowledged systemic racism in the United States and vowed if elected to more closely examine how to repair relationships between police and minority communities.

Speaking at a campaign event in Bullhead City, Ariz., on Wednesday afternoon, Trump further sharpened his attack against the protests and connected the uprisings to Democrats.

"Joe Biden has surrendered his party to the rage-filled socialists, Marxists and left-wing extremists. And that's what you're going to have, and you can't let it happen. The Democrats have spent the entire year inciting violence, and hatred, and hatred against our police — our police. Without our police, we have very little," Trump said, adopting a familiar dark, less nuanced tone with his supporters.

"Biden and [Kamala] Harris stand up, and they stand with the rioters and the vandals. I stand with the heroes of law enforcement. It took generations to build the America we know and love, but if the radical left gains power, it will take them only a short period of time to destroy it."