Accessibility links
Billions in Coronavirus Loans May Have Been Steered To Fraudsters, Report Says The Small Business Administration had to quickly disburse coronavirus relief loans. But some of that may have been handed out to fraudsters, an agency report says.

Billions In COVID-19 Relief Loans May Have Been Handed Out To Scammers, Report Says

Billions In COVID-19 Relief Loans May Have Been Handed Out To Scammers, Report Says 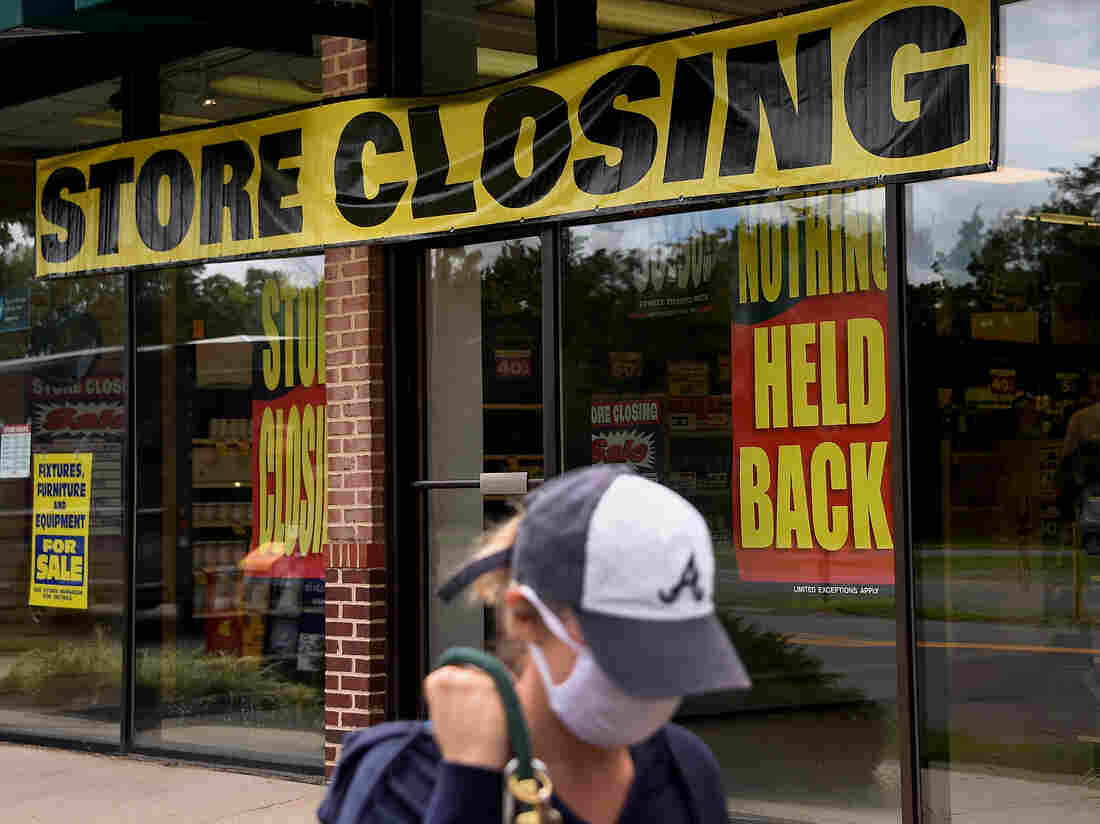 A store displays a sign before closing down permanently following the impact of the coronavirus pandemic, on Aug. 4, 2020 in Arlington, Va. The Small Business Administration's inspector general office said billions of dollars in relief loans may have been handed out to fraudsters or ineligible applicants. Olivier Douliery/AFP via Getty Images hide caption 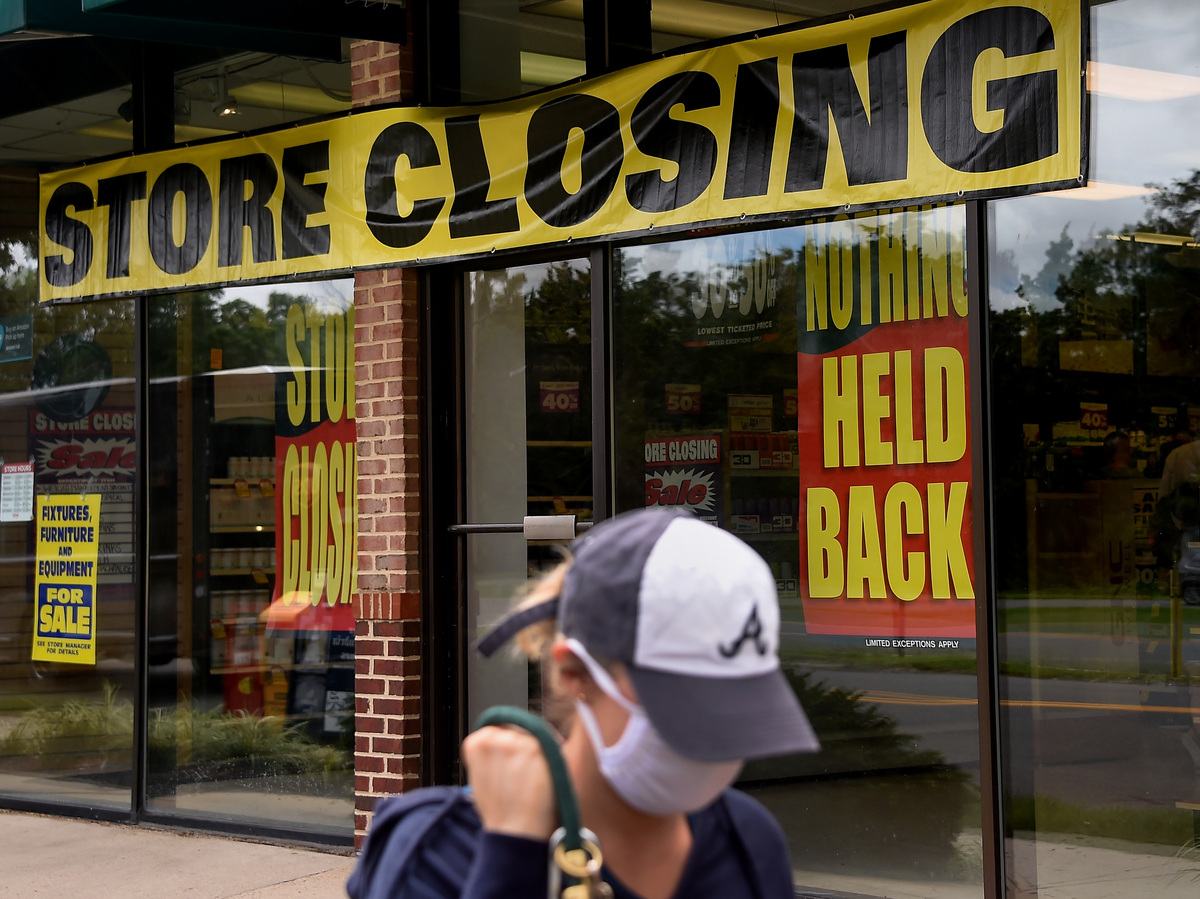 A store displays a sign before closing down permanently following the impact of the coronavirus pandemic, on Aug. 4, 2020 in Arlington, Va. The Small Business Administration's inspector general office said billions of dollars in relief loans may have been handed out to fraudsters or ineligible applicants.

The Small Business Administration may have handed out billions of dollars in loans to businesses that falsely claimed to have been damaged by the coronavirus lockdowns, a report from the agency said on Wednesday.

Officials at the agency were so inundated with requests for disaster aid starting last March that they couldn't adequately vet the applicants, according to the report from the Office of SBA Inspector General Michael Ware.

In one case, the agency approved 10 loans for 10 different bathroom renovation companies in the same city as part of the SBA's Economic Injury Disaster Loan (EIDL) program.

"However, we were not able to locate any bathroom renovation companies in that company's name in that city. Additionally, the email address indicates it is for a burrito restaurant, which we did locate in that city. SBA disbursed $1.4 million for these potentially fraudulent companies," the report said.

In another case, applicants using the same email address at a fish market applied for 85 loans "in various company names of jewelry stores, psychiatric services, construction, gas stations, and other non-seafood businesses." All but one of the loans were approved.

Overall, the report says the SBA approved $78 billion in program applications to potentially fraudulent or ineligible applicants, although not all of that was ultimately disbursed.

The inspector general's report said the level of fraud was partly due to the speed with which the agency had to operate after the economy seized up in March because of the pandemic.

"[The] SBA has now approved and disbursed more loans for COVID-19 relief than for all other disasters combined in the agency's history," the report said.

As a result, loan officers were given just 15 minutes to process each application, which "resulted in cursory reviews rather than the deeper reviews required to ensure loans were given to eligible businesses," the report noted.

The fact that some amount of fraud took place is not a surprise.

The suspected fraud took place as scammers and others took advantage of the programs set up by Congress to provide assistance to small businesses and others in the midst of the pandemic.

SBA officials quickly took issue with the report, saying it had mischaracterized many of the applications.

SBA Administrator Jovita Carranza said many of the "potentially fraudulent" loans were legitimate transactions that had been mischaracterized.

Many of the examples of shared IP and e-mail addresses involved loan applications by people who relied on certified public accountants, law firms, loan packagers, or religious and cultural centers to submit their loan applications, she said.

The report "does not fully and accurately portray SBA's highly successful delivery of an unprecedented volume of disaster assistance. Rather, the [report] grossly overstates the risk of fraud, waste, and abuse in the ... program," she said.