Accessibility links
Ex-Homeland Security Official Outs Himself As 'Anonymous' Anti-Trump Author Miles Taylor defended his decision to criticize the president anonymously, saying it forced Trump to address the merits of the claims "rather than creating distractions through petty insults." 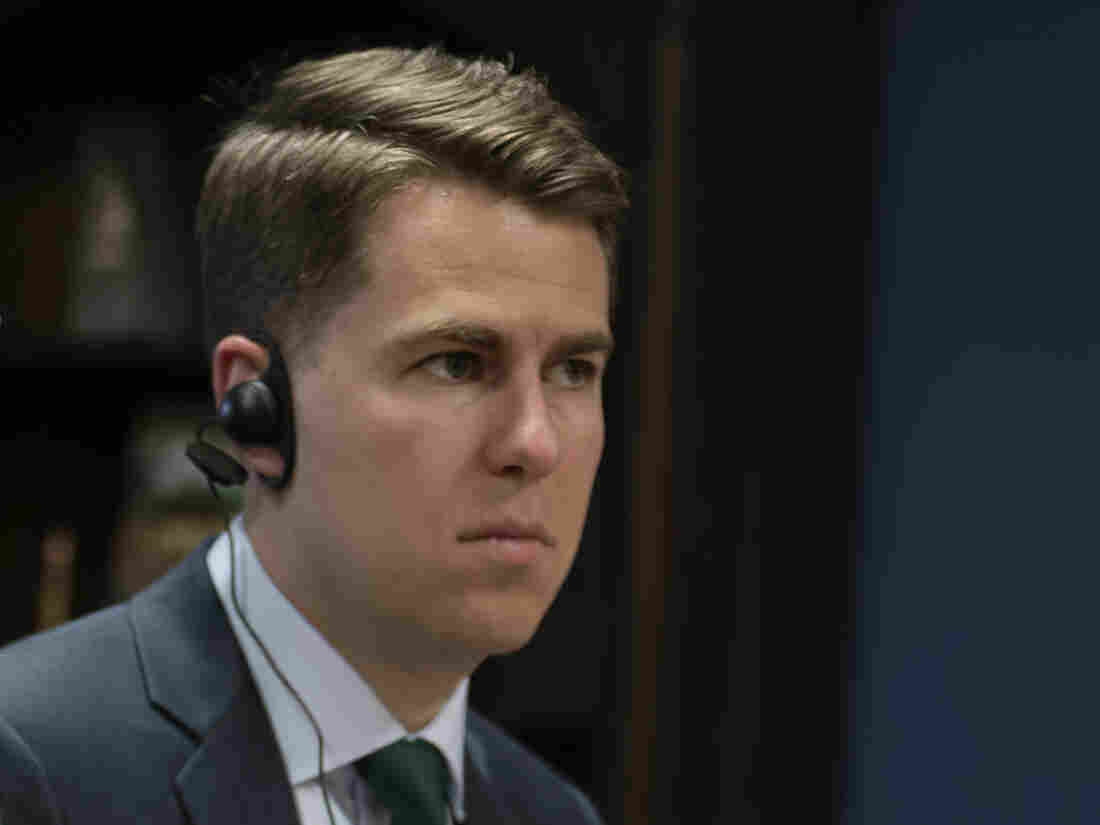 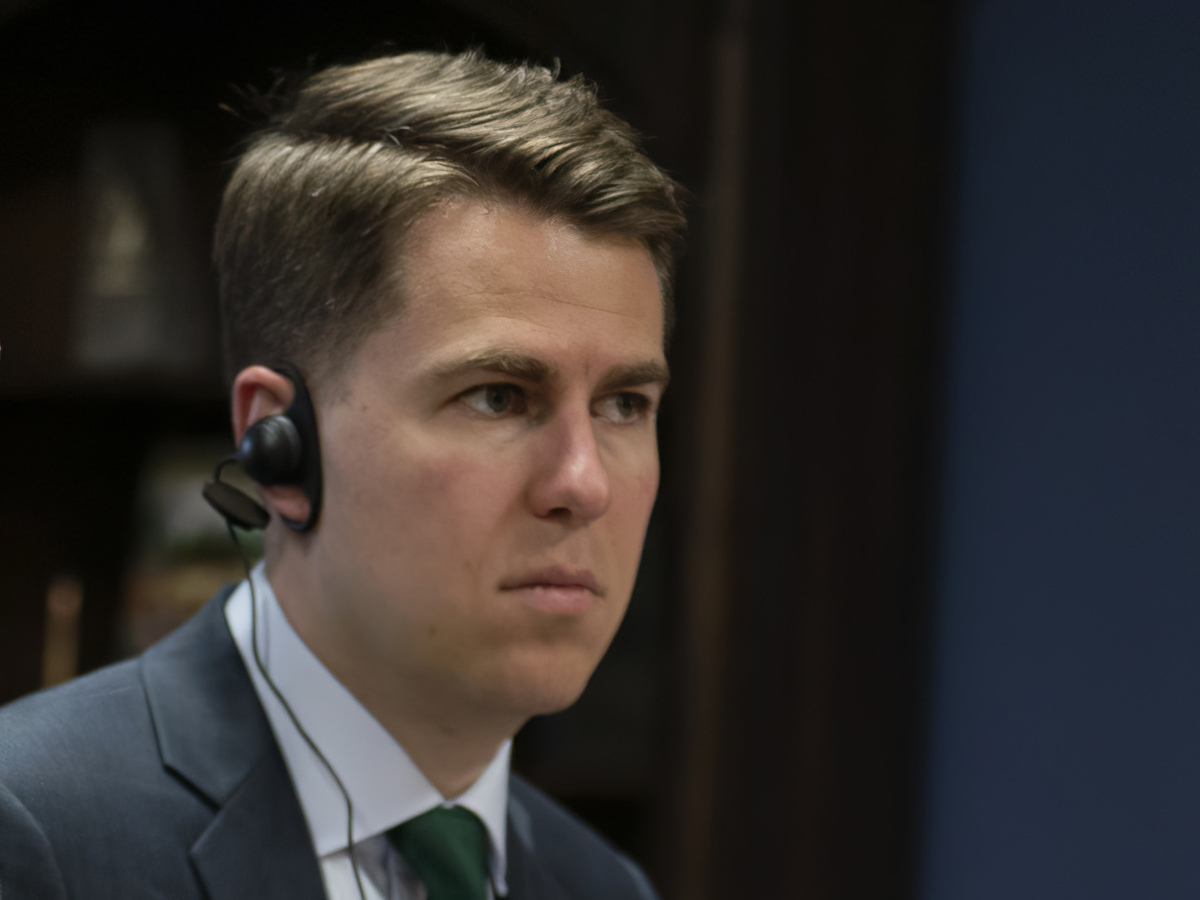 Former Department of Homeland Security chief of staff Miles Taylor, pictured in March 2018, announced he is behind the scathing anti-Trump op-ed and book published under the pen name "Anonymous."

Miles Taylor, the former chief of staff at the Department of Homeland Security, has revealed himself to be "Anonymous," the author of a New York Times op-ed and book critical of the Trump presidency.

"To be clear, writing those works was not about eminence (they were published without attribution), not about money (I declined a hefty monetary advance and pledged to donate the bulk of the proceeds), and not about crafting a score-settling 'tell all' (my focus was on the President himself and his character, not denigrating former colleagues)," Taylor wrote in a Medium post.

"Nevertheless, I made clear I wasn't afraid to criticize the President under my name."

Taylor, in media interviews as recently as August, denied being "Anonymous."

Throughout his post, Taylor was explicit about his commitment to the Republican Party and asserted he "wanted this President to succeed" when he joined the administration alongside John Kelly, Trump's first Homeland Security secretary who later became the White House chief of staff.

But Taylor went on to say, "Too often in times of crisis, I saw Donald Trump prove he is a man without character, and his personal defects have resulted in leadership failures so significant that they can be measured in lost American lives. I witnessed Trump's inability to do his job over the course of two-and-a-half years."

He said the president's flaws were evident to "everyone" but that most were "were hesitant to speak up for fear of reprisals."

Taylor has appeared in ads for Republican Voters Against Trump, a group that is supporting Joe Biden in the presidential contest. He also wrote an op-ed in The Washington Post in August detailing what he said were actions by the president that made the country "less secure."

But it was his anonymous op-ed in The New York Times in September 2018 in which he declared he was "part of the resistance inside the Trump administration" that delighted the president's critics and added to fears within the administration of a "deep state" that was acting against Trump's orders. He parlayed that into a book, A Warning, a year later.

In his Medium post, Taylor defended his works under the cover of anonymity, explaining that he "wrestled" with the decision and that ultimately it helped hold Trump's feet to the fire.

"Issuing my critiques without attribution forced the President to answer them directly on their merits or not at all, rather than creating distractions through petty insults and name-calling," Taylor wrote.

The White House responded to the revelation in a statement by spokeswoman Kayleigh McEnany.

"This low-level, disgruntled former staffer is a liar and a coward who chose anonymity over action and leaking over leading. He was ineffective and incompetent during his time as DHS Chief of Staff which is why he was promptly fired after only serving in this role for a matter of weeks," McEnany said.

"It is appalling a low-ranking official would be granted anonymity and it is clear The New York Times is doing the bidding of Never-Trumpers and Democrats."

Minutes later the Trump campaign released a statement, also unleashing a litany of insults at Taylor.

"He's just another standard-issue arrogant, Washington, DC swamp bro who loved President Trump until he figured out he could try to make money by attacking him," officials wrote.

The campaign also noted that Taylor denied being "Anonymous" in a CNN interview with Anderson Cooper.

During the interview, Cooper asks about Anonymous and says, "Are you aware of who that is?"

Taylor replies, "I only wear a mask for two things Anderson: Halloweens and pandemics. So no."

Taylor served at DHS from 2017 to 2019 and was chief of staff to Secretary Kirstjen Nielsen as well as Chad Wolf, now the acting DHS chief.