Accessibility links
Review: 'If Found ...' An excellent new visual novel, about a transgender woman returning to her hometown in Ireland, is out now on the Nintendo Switch. 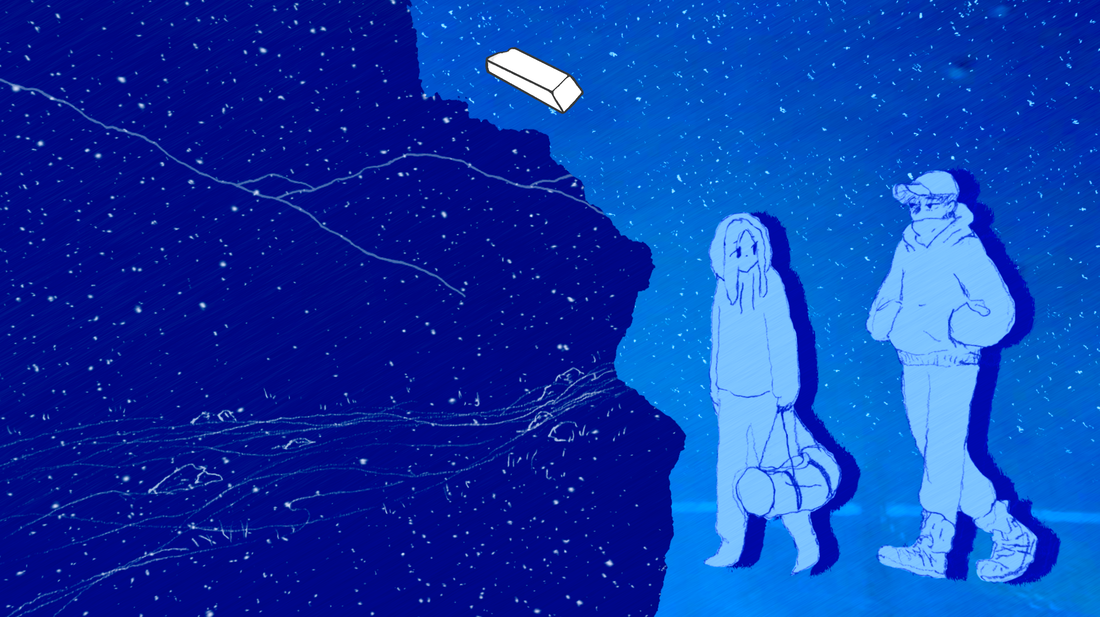 If Found... has plenty of striking visuals, and a strong story to boot. Annapurna Interactive hide caption 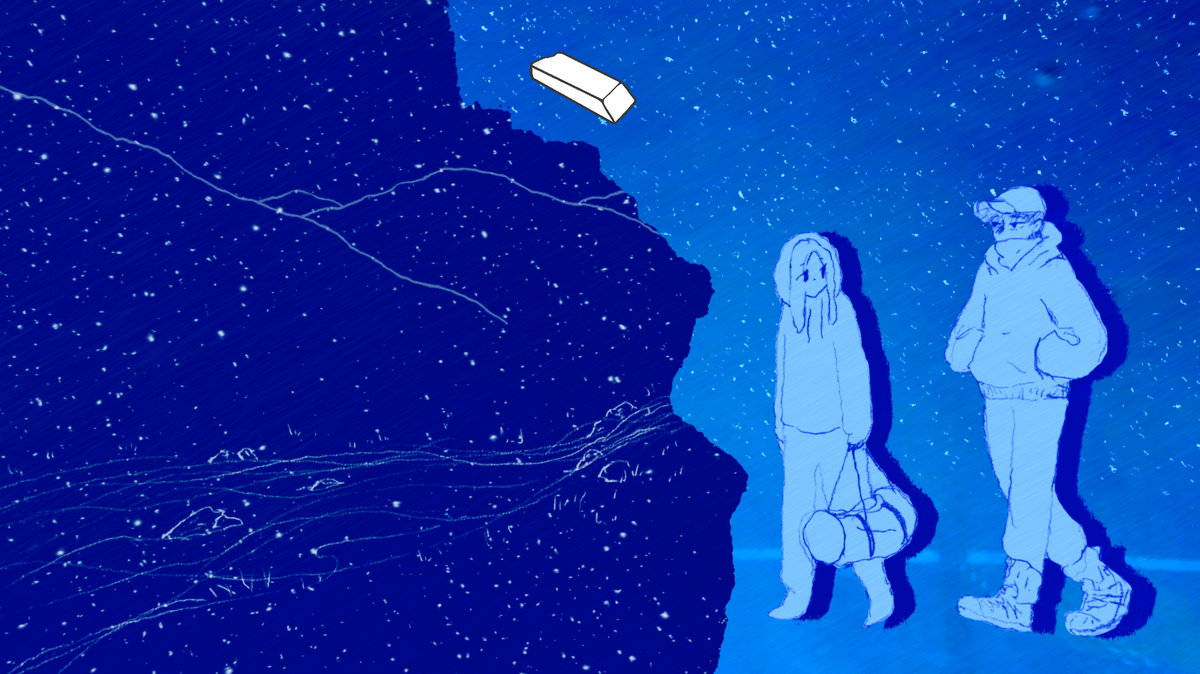 If Found... has plenty of striking visuals, and a strong story to boot.

If Found... is a visual novel that begins like an interesting, albeit familiar, sci-fi story. Our protagonist, flying blissfully through the cosmos in a dinky space vessel, accidentally wades into a black-hole tearing through the universe.

But this is a game that surprises, thrills, and delights at every turn — and to call If Found... a classic sci-fi tale would be misleading. On the other side of that black hole is a story of mostly Earthly concerns, about being young and at odds with the forces and figures around you.

Out last week on Nintendo Switch, If Found... is, in the words of its creator Llaura McGee, is "about a woman in her early 20s and the difficulty she had in relationships with others." The game tells the story of Kasio, about a transgender woman coming back to her small island home town in Ireland. In this town are a bevy of Kasio's old relations, including her mother, a source of unending stress and anxiety for Kasio. At the same time, there is a latent love between the two of them — however buried beneath several degrees of cruelty, misunderstanding, and ignorance that love is.

Also in town are several of Kasio's friends. The drama that makes up much of If Found... is often borne from seemingly delicate moments of discomfort: The way a hand creeps up just a little too close at a restaurant table, or an awkward silence shared between new friends.

If Found... belongs to a genre called the visual novel. These are interactive works of fiction that often involve some element of player choice in the form of dialogue options and branching narrative paths. But If Found... is a "kinetic novel," which means it tells a linear story. Crafting a storytelling experience that involves little narrative freedom from the player is tricky business.

But herein lies one of the brilliant turns of the game. We learn of Kasio's story as she "erases" a series of diary entries. Which means rather than press a button to advance dialogue prompts, the player erases the current composition on screen — or bits of it — to reveal a new scene underneath it. It makes the interactivity of this otherwise linear story feel tangible in a way that, like many great games, is best experienced with a controller in hand. 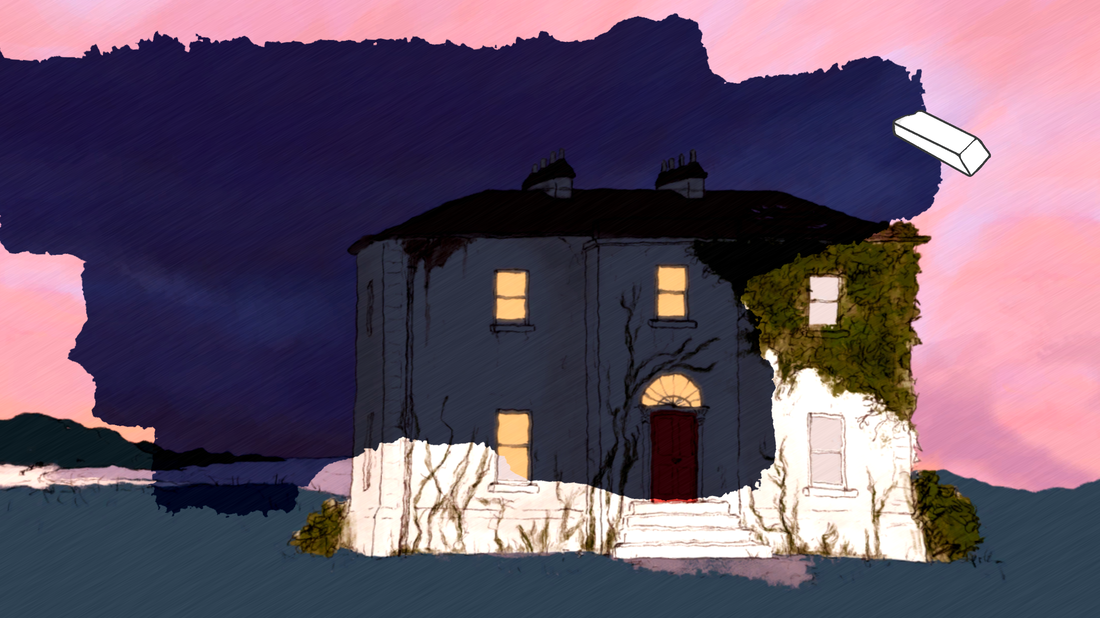 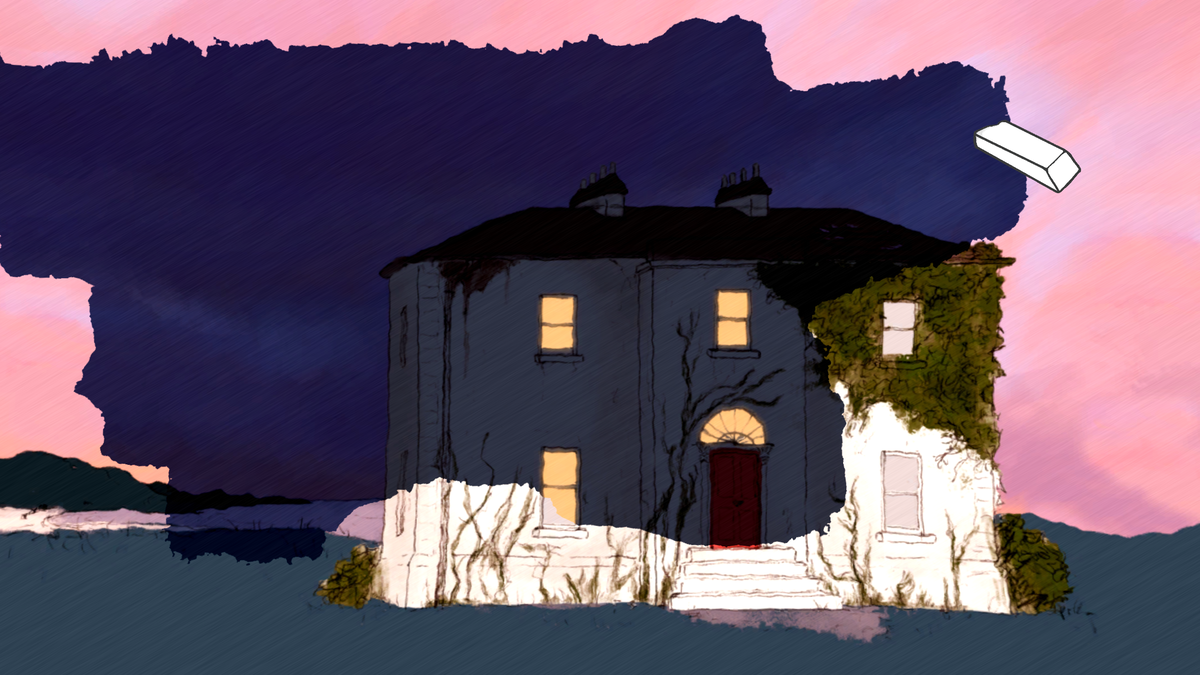 The eraser mechanic adds another layer of visual payoff to the game's art direction.

The eraser is more than just an interactivity gimmick, though — it also serves as a showcase for this game's wickedly clever visual language. How these overlapping frames play off and against one another are surprising, jarring, and strikingly beautiful. Sometimes, you'll erase one frame and underneath it is the same image, but rendered in an entirely different contrast.

Other times you will be asked to erase only bits of the frame, like in one scene where you must erase the window of a house that is drawn from a distance. As you do so, the game zooms into that window — revealing another scene to be erased away moments later. So much of the game's mood and melancholy is conveyed through its art and sound that, even when the writing sags a bit, it's hard not to be entirely compelled by what amounts to a stunning example of visual design.

But more often than not, the writing here is also very good. I keep thinking back to one scene in particular. In it, Kasio smokes a joint with her friend. The two of them, staring at the stars through the ceiling of a dilapidated attic, start to broach more personal topics — like Kasio's sexual preferences.

Eventually, the friend puts the question directly: "... does that mean you like girls, or boys?"

Laid bare in that simple lack of language is the impossibility of answering anything in your twenties: who you are, what you believe, the kind of things you desire. What a pleasure it is to find that honesty here, in one of the best games of the year.

If Found... is out now on Nintendo Switch, Steam, and iOS.