Accessibility links
Book Review: 'Group' Destigmatizes And Demystifies Group Therapy, Without Lessons In her memoir, Christie Tate sets a positive example in the telling of how group therapy saved her — and in the care she takes to never present herself as an expert. 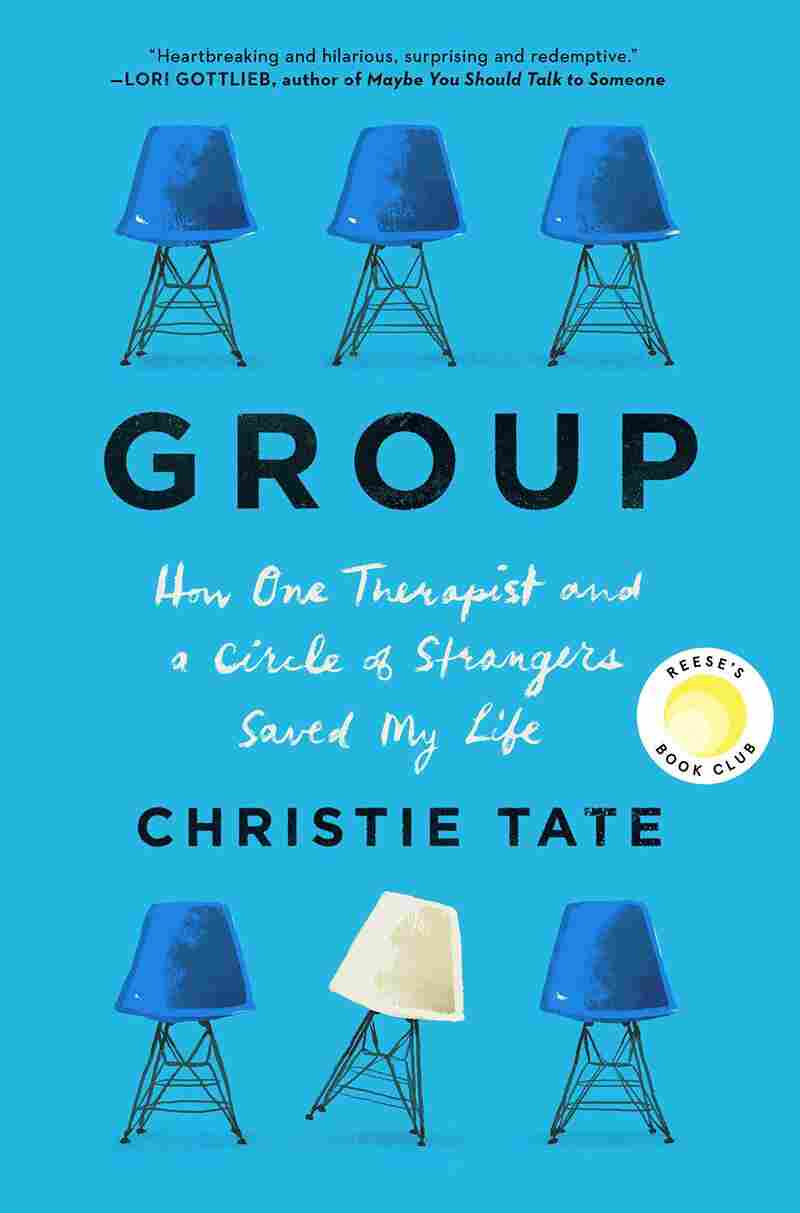 Group: How One Therapist and a Circle of Strangers Saved My Life, by Christie Tate Avid Reader Press hide caption 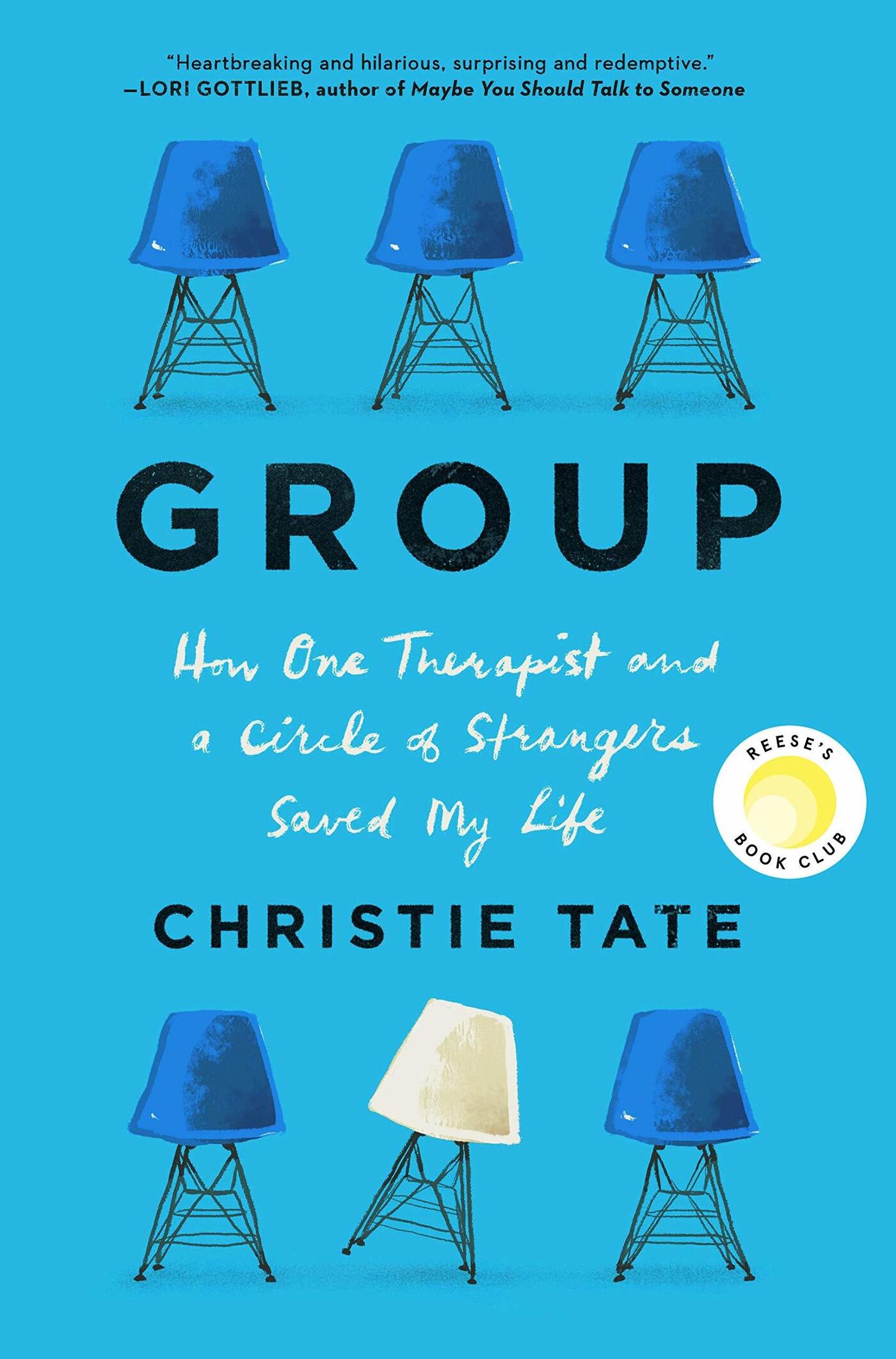 Group: How One Therapist and a Circle of Strangers Saved My Life, by Christie Tate

In a moment not too long ago, I realized that the coronavirus pandemic was turning me into a bad girlfriend. I was taking out far too much stress on my boyfriend, forgetting that he, too, was frayed by months of social-distancing and fear.

Stricken, I apologized, then called two close friends for help. They are very different women — and yet they gave me the exact same advice: I needed to listen to Esther Perel's couples-therapy podcast Where Should We Begin. My friends promised that eavesdropping on Perel's clients would help me be less of a jerk. It would also reassure me that I wasn't nearly as big a jerk as I feared.

I had never listened to Perel's show, but I had dipped into reproductive psychiatrist Alexandra Sacks' Gimlet podcast Motherhood Sessions and binge-watched Showtime's Couples Therapy — not because I wanted advice, but because I am nosy. I can now report that therapy content, as we might call it, can fulfill both needs, at least fleetingly. Plenty of books — both self-help and memoir — straddle the same line. Christie Tate's debut memoir Group: How One Therapist and a Circle of Strangers Saved My Life, though, stands out because it does not. Group is the tale of how group therapy saved Tate, and Tate only. She is not here to pass its lessons on to us.

This is as it should be. Group centers on Tate's arduous struggle to name and embrace her desires, which she learned to do only with the support of her group. It would be narratively counterproductive for her memoir to cater to readers' help-me instincts. It would also be unethical. Tate sets a positive example by destigmatizing and demystifying group therapy, but she is careful never to present herself as an expert. Her beloved therapist, Dr. Jonathan Rosen, plays that role — but only in Tate's own life. She never tries to pass on his wisdom or explain the underpinnings of his seemingly unorthodox measures. To do so would let the reader pretend to be a patient, much in the way that the therapy content described above does. In Group, the reader is in another position entirely. Early in the memoir, Dr. Rosen tells Tate, "You don't need a cure. You need a witness." Tate's writing positions the reader as her witness, watching and cheering as she works her way to psychological health.

This reader-writer relationship is somewhat reminiscent of a romantic comedy. So is the book's structure — though, if it is a love story, Tate is both subject and object. At the memoir's start, Tate is in crisis. She is repressing suicidal thoughts, struggling to manage her bulimia, and convinced she will never be loved. At its end, she is happily married, professionally successful, and seemingly content in herself. The book's trajectory goes only up — which Tate signals even in the first chapters. Her tone is brisk and lightly self-mocking, even in moments of wrenching pain. She narrates her lowest points — binge-eating apples; smashing dishes after sexual rejection — without shying away, but the book neither centers nor lingers on them. Instead, her memoir's darkest scenes seem present in service to the idea that "therapy, like writing, relie[s] on detail and specificity." No reader can bear witness to Tate's journey unless she describes it thoroughly, beginning to end.

Tate's commitment to detail serves Group well. So does her plain determination to present herself not as a victorious therapy graduate — she's a group "lifer," and proud of it — but as an ordinary woman who has been lucky enough to beat some extraordinary demons. Group is consistently determined and grateful, with an appealing strand of self-deprecation and a deep affection for the inhabitants of what Tate calls "Rosen-world."

Though Group is very much centered on Tate herself, it is often best and warmest when she is describing her groupmates, who offer her deep friendship and connection. On a pure curiosity level, it is highly interesting to read Tate's descriptions of her group's dynamics and discussions. More importantly, though, it is a pleasure to watch as Tate's peers help her transform from a conflict-phobe who has "never seen two people fight — or make up — before" to a woman able not only to express her own anger, but to tell the difference between her fellow patients' occasional annoyance at her and their more meaningful frustrations, which finally persuade her to believe that others "loved me and wanted more for me." Their support teaches Tate to want more for herself, too.