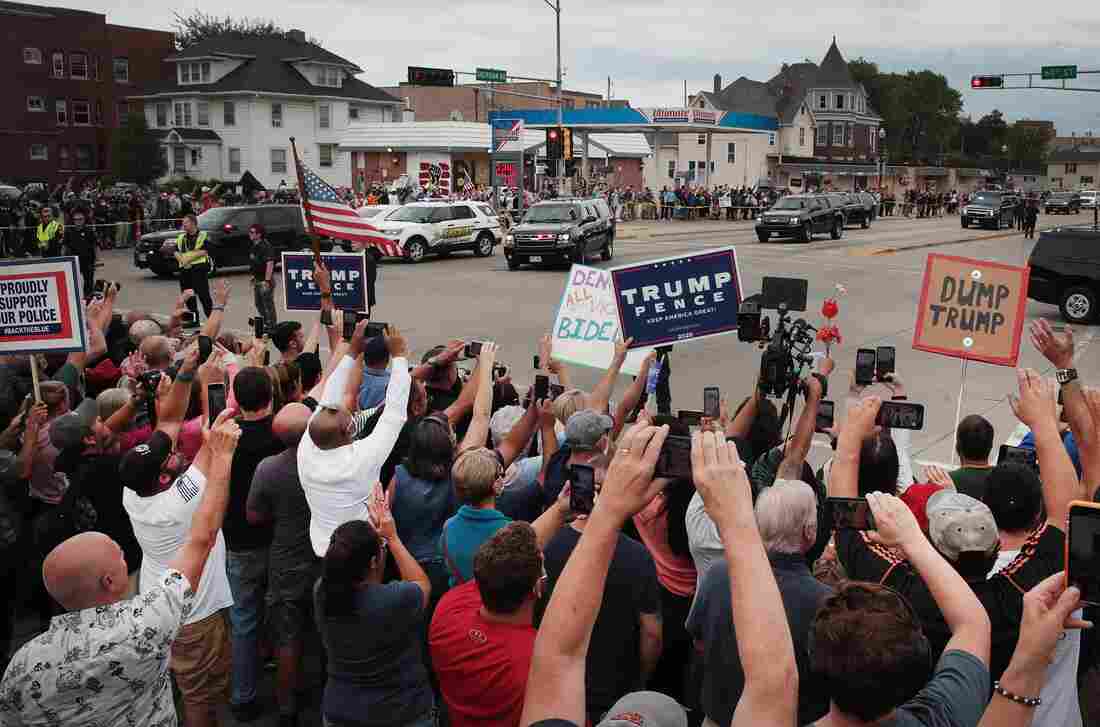 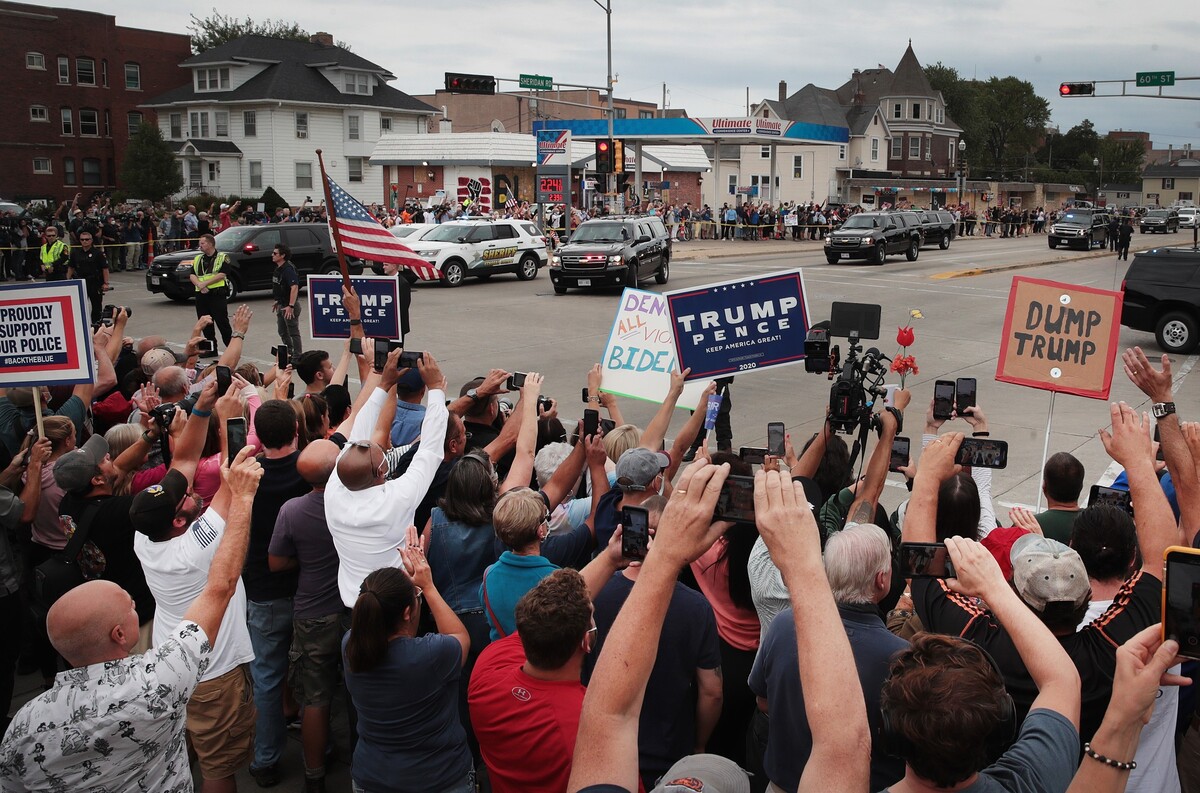 Members of a Quaker congregation in Maryland are so concerned that President Trump will prematurely declare victory when states are still counting ballots — a process that could take days — that they are ready to take to the streets in nonviolent resistance.

They say such a scenario would amount to a "coup" — even if it involves legal fights and not military action.

"To use the word 'coup' in the United States just seems like such a foreign concept when we're supposed to be this beacon of democracy," said Alaine Duncan, an acupuncturist and Quaker who lives just outside Washington, D.C. "But it doesn't seem like we're being a beacon of democracy right now."

With Election Day less than a week away, anxiety, distrust and suspicion are running high. Activists and extremists on both the right and left are worried the other side will somehow steal the election, and they're making plans for what to do if they believe that's happening.

Experts in global conflict warn that this is a toxic brew and that conditions are ripe for conflict and maybe even violence in the U.S. There's a good chance that no clear winner will emerge on election night, and experts are concerned about what will happen after that — especially if protesters and counterprotesters collide in the streets.

Several human rights and conflict resolution groups that typically monitor elections abroad, mostly in fledgling democracies or places where sectarian violence could erupt, are now turning their attention to the United States for the first time.

Tim Phillips, the founder and CEO of the nonprofit Beyond Conflict, has worked in deeply divided societies in South Africa and Northern Ireland. He never imagined U.S. democracy would face similar challenges.

"We thought we were immune to it," he said. "When we looked at our own problems, we thought: 'Of course we have some big issues, but we're in a sense immune from an us-versus-them mindset, a sectarian mindset, where there could be real conflict.' "

Experts see rising signs of potential violence around the election in the U.S. They point to growing polarization along racial and identity lines, and extremist groups threatening the use of force. Another warning sign they've seen in other countries: political rivals seeking to gain total power — and cutting out the other side.

"We look for early signs so that we can come up with early interventions before all hell breaks loose," said Hrair Balian, director of the Conflict Resolution Program at The Carter Center, started by former President Jimmy Carter in part to ensure fair elections in the developing world.

Now Balian and the Carter Center are focusing on U.S. elections. The center is operating behind the scenes, working with local faith leaders in an effort to keep everyone calm.

"I never imagined that in this country, I would worry about the same things that I was worried about when I lived in Lebanon," said Balian, who has also worked in the Balkans, Eastern Europe and the former Soviet states.

Balian said he doesn't want to sound like an alarmist but some of the things he sees happening in this country are, frankly, alarming. "What we fear is that guns, protests and elections do not mix well," he said.

People on both sides of the political spectrum feel this rising tension, too.

Members of Duncan's congregation have been preparing for the days after the election with a series of virtual training sessions on Zoom. They talk about the Quaker tradition of nonviolent resistance and how they might apply those principles to the current moment.

"When coups are defeated, they're defeated very rapidly. And we're talking about three days to a week," said Michael Levi, who ran one of the sessions last week. "So if there is going to be an attempted coup, we need a lot of people to act very quickly."

They're also worried about a violent response from supporters of the president. President Trump has drawn a lot of criticism for telling his far-right supporters, some of whom have a track record of violence, to "stand by."

"There is always a touch of fear that goes with armed groups that could show up to try to intimidate people," said Kierstyn Zolfo, a volunteer with the progressive advocacy group Indivisible. Zolfo lives in Bucks County, Pa., outside Philadelphia, where she's helping organize a demonstration for the day after the election, part of a nationwide effort called Protect The Results.

"It's important to support the fact that everyone's vote counts," Zolfo said. "We feel that that's more important than letting fear rule our decisions."

Meanwhile, the Trump campaign has recruited an "army" of citizen poll watchers, and the president often claims, without evidence, that mail-in ballots that have been widely used in this pandemic are rife with fraud.

There's also widespread concern — particularly on the left — about the role self-styled militias could play after two protesters were fatally shot in Kenosha, Wis., earlier this year, and after the FBI says it thwarted a plot in Michigan to kidnap Democratic Gov. Gretchen Whitmer.

But militia leaders interviewed for this story say that's not what they're about.

"We're not going to just go start a fight. It's not going to happen. I'm not going to go down to Chicago or Kenosha or Minneapolis or Washington, D.C.," said Walt Madsen, the head of a group that calls itself the U.S. Northern Militia. 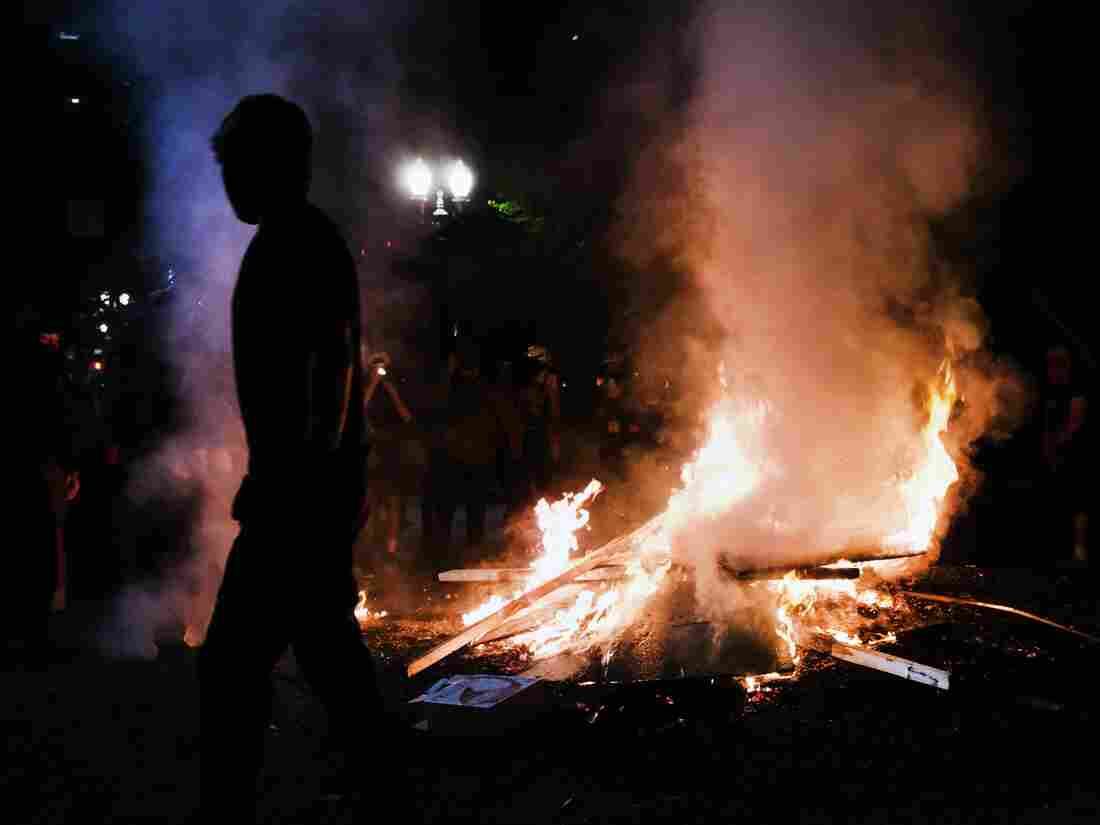 Downtown Portland, Ore., experienced weeks of unrest this summer. The demonstrations began in response to the death of George Floyd and other Black Americans killed by law enforcement. Spencer Platt/Getty Images hide caption 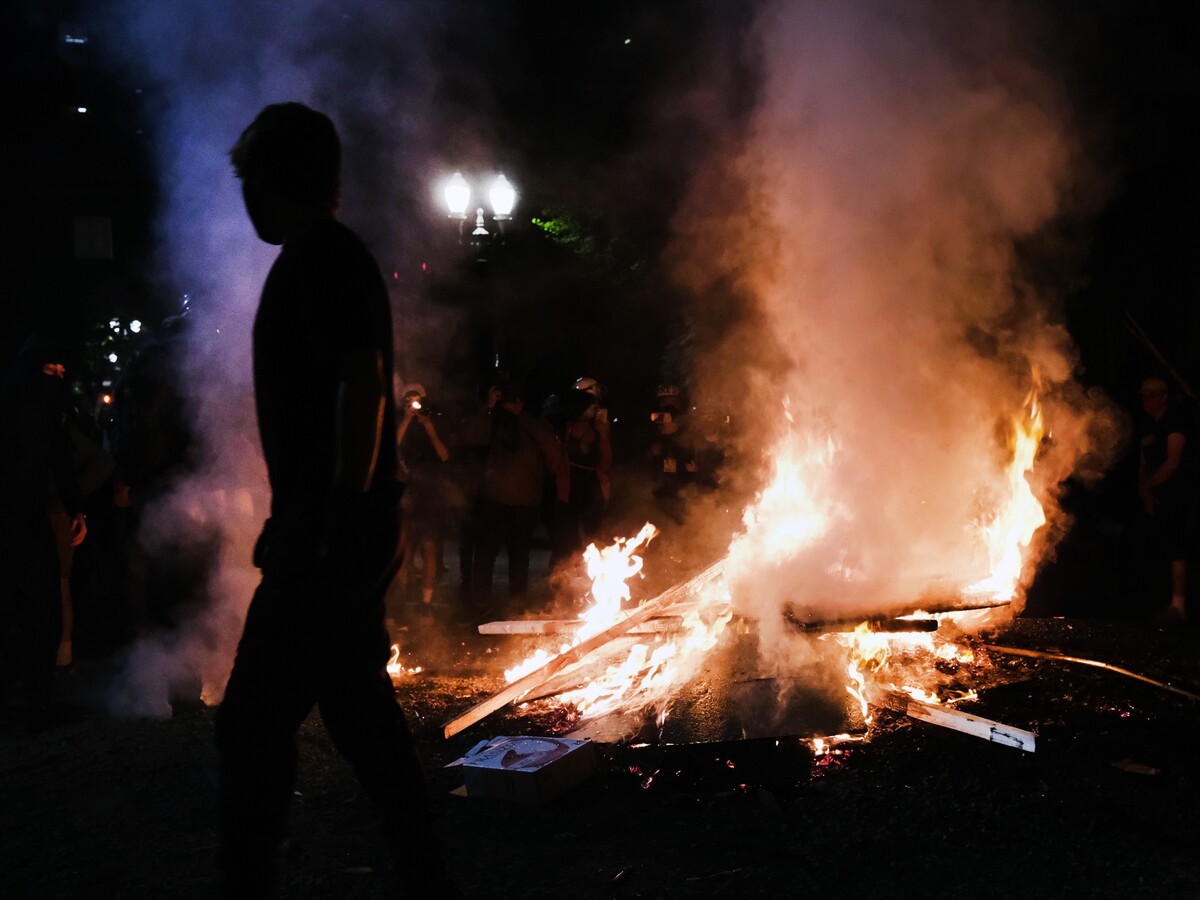 Downtown Portland, Ore., experienced weeks of unrest this summer. The demonstrations began in response to the death of George Floyd and other Black Americans killed by law enforcement.

Possibility for unrest is strong

Madsen said he has been talking to other militia leaders, and many feel the same as he does.

"If Joe Biden does win the election. I'm not going to sit there and scream, 'He's not my president.' OK?" said Madsen, an Iraq War veteran who's now a county supervisor in northern Wisconsin.

"I'm not going to go and take my militia and threaten the lives of other Americans," he said.

In fact, some militia leaders say they are afraid of the protesters on the left.

"No matter what way the election goes, there's going to be people dissatisfied with the result, and the possibility for unrest is quite strong," said Michael Lackomar, a team leader with the Southeast Michigan Volunteer Militia.

Lackomar said members of his group are preparing to protect their communities if there's rioting or violent unrest, like during protests earlier this year in Seattle and Portland, Ore.

"If you're coming at my house and my family's there, I'm going to do everything in my power and every tool in my box to make sure that my family is safe," Lackomar said.

Police departments and the National Guard say they're preparing for tensions and the possibility of violence in the days or weeks ahead.

Global conflict experts say it's not inevitable that the election or its aftermath will devolve into chaos. But they say it's crucial for political leaders on all sides to deescalate tensions in case there's a long contested election.

"Probably the biggest issue is the president of the United States right now, who has portrayed himself as somebody who, you know, is not necessarily interested in calming the waters," said Stephen Pomper, senior director for policy at the International Crisis Group. He added that Trump "might actually court unrest in order to serve his political and personal goals."

Still, Balian at the Carter Center hopes it won't come to that.

"We have become intolerant, we have started dehumanizing the other side," Balian said. "We are at the edge of an abyss, and we better see this and try to step back before it is too late."