Accessibility links
3rd-Quarter GDP Is A Blockbuster But There's Not Much To Celebrate U.S. GDP grew at a record 33.1% annualized pace in the third quarter, erasing some but not all of the damage done by the coronavirus recession. 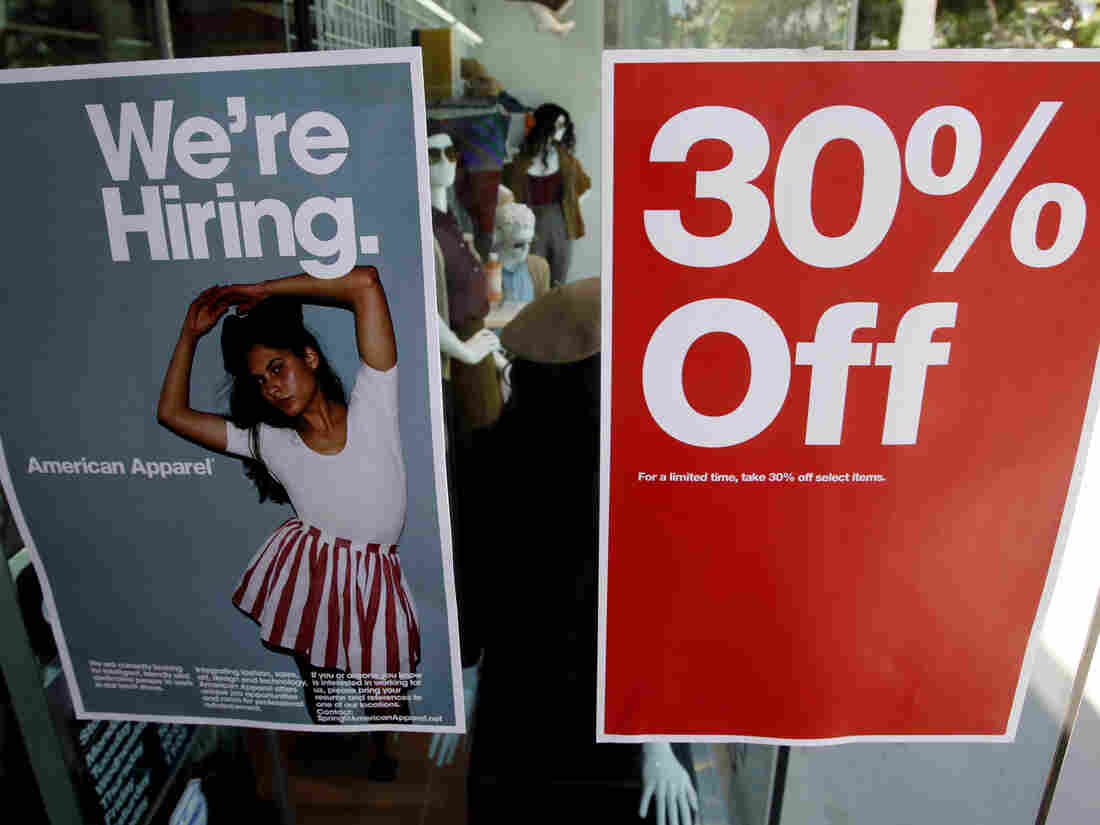 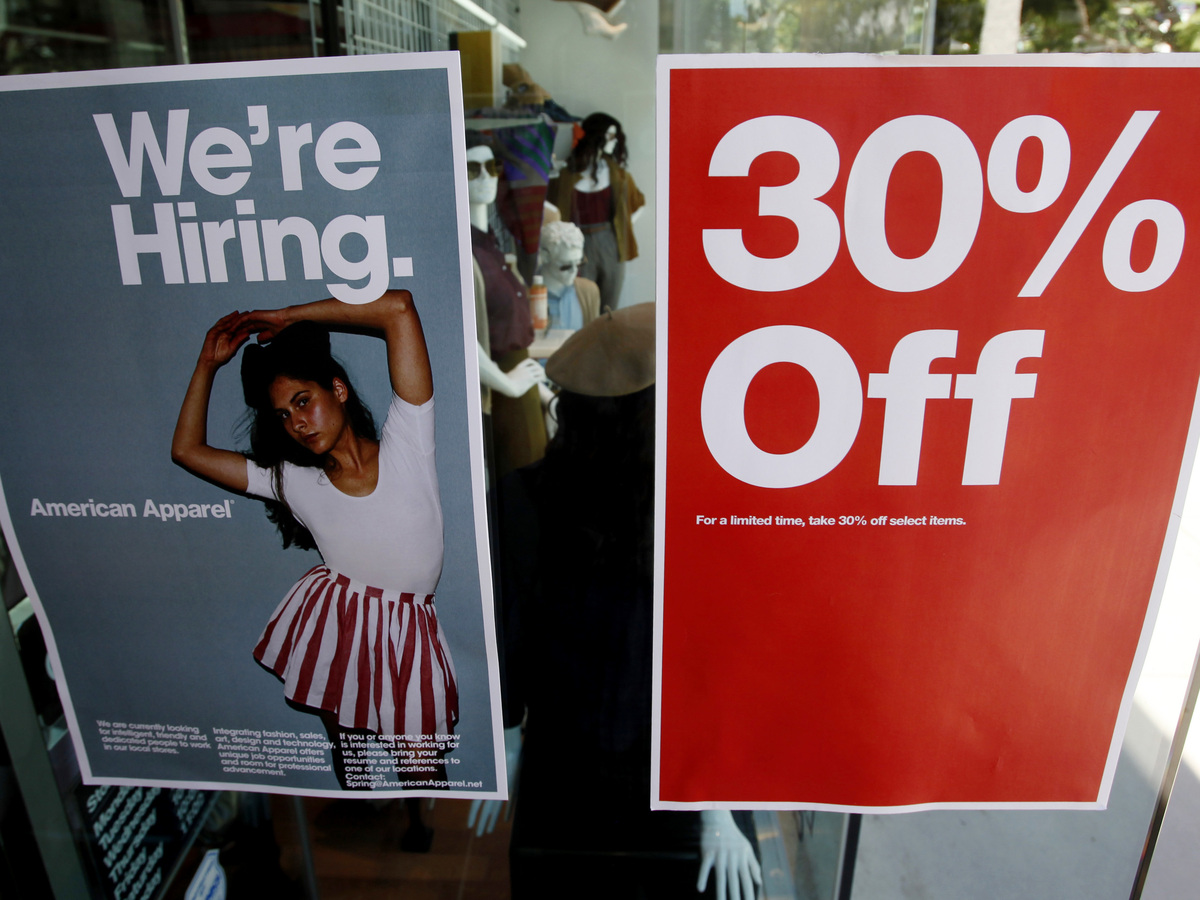 Signs in the window of a retail store offers discounts, and jobs, in Santa Monica, Calif. U.S. GDP grew at a record-setting rate, reflecting pent-up activity after the coronavirus lockdowns, but economists warn of trouble ahead.

The U.S. economy grew at a record pace during the last three months, according to the last major economic report before the election.

Not many people are popping champagne corks, though, because GDP also shrank at a record pace during the previous three months. Despite the strong rebound in July, August and September, the economy has not yet recovered from the damage done by the coronavirus pandemic.

The Commerce Department reported that the economy grew at an annualized pace of 33.1% in the third quarter, as businesses reopened following spring lockdowns and as people increased their shopping.

That headline figure overstates the actual growth rate, however, just as the official number for the April-to-June quarter showing an annualized contraction of 31.4% exaggerated the economy's decline.

Both figures describe what would have happened if quarterly trends had continued for a full year.

Moving beyond the annualized figure, however, the economy actually grew about 7.4% during July, August and September from the previous quarter, after shrinking 1.2% in the first three months of the year and another 9% in the second quarter.

Chief economist Nariman Behravesh of the forecasting firm IHS Markit described the third-quarter growth spurt as a "bounce and fade."

"There was a lot of pent-up demand early," Behravesh said. "Now that's spent itself. And then you've got the rising infection rates which are making everybody very cautious. And then the fact that we haven't had any additional stimulus to help us through this next phase. All of that suggests we're looking at pretty limp numbers going forward."

All in all, the data shows that the steep downturn during the spring lasted only about two months, and the rapid turnaround during the summer is already showing signs of losing steam, especially as coronavirus infections surge again in the United States and Europe.

Analysts note the economy is still about 3.5% smaller than it was at the end of last year, before the once-in-a-lifetime pandemic.

With just five days before the presidential election, the Trump administration has seized on the GDP numbers as evidence that the economy is rapidly healing, despite a rising number of new COVID-19 infections.

"This is a strong, V-shaped recovery," White House economic adviser Larry Kudlow told CNBC earlier this week, before the official release. "The third quarter is going to be very positive, no question about that."

Independent forecasters are less bullish. While unemployment has declined from its springtime peak, only about half of the 22 million jobs that were lost in March and April have been recovered.

"It's a very, very uneven distribution of the pain and the benefits from this recovery," Behravesh said. "There are a lot of jobs in tourism, for example, which we may not get back for five [or] 10 years."

Much of the GDP growth attributed to the third quarter actually came late in the second quarter. Job gains peaked in June and have declined in each of the three months since.