Accessibility links
As Election Nears, A Look At What Motivates Some Wisconsin Voters With just days left until Nov. 3, NPR explores what's on the minds of some voters from this swing state. For a dairy farmer, it's his farm. For others in Milwaukee, it's driving Black voter turnout. 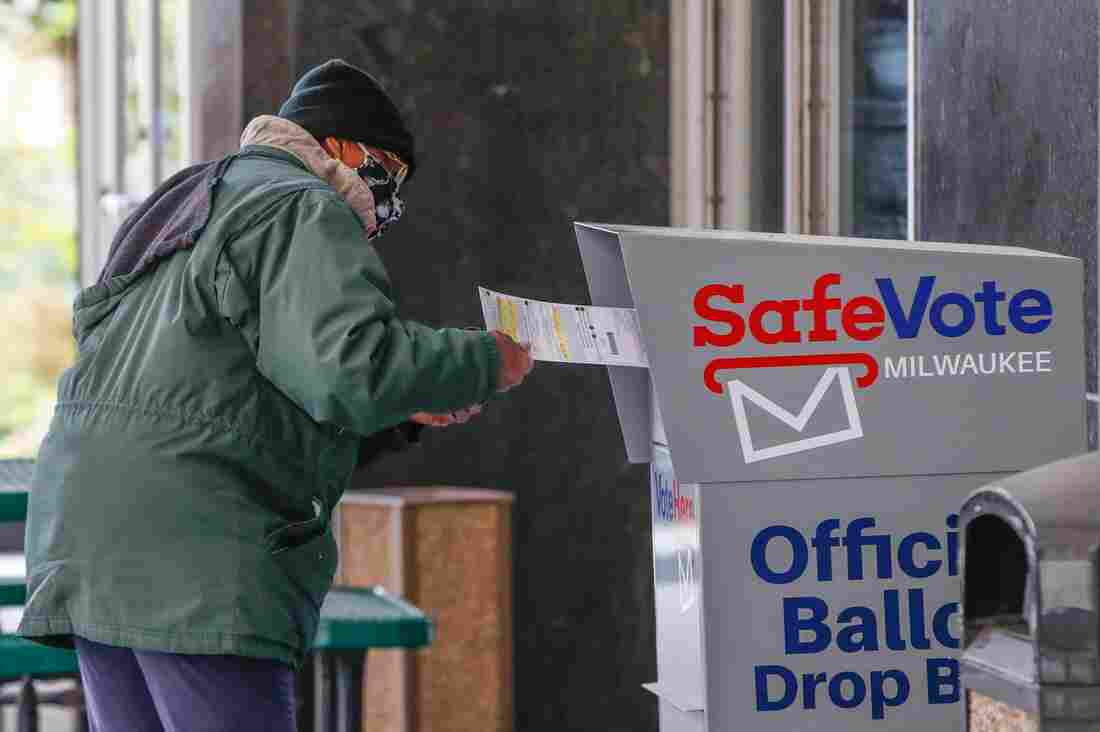 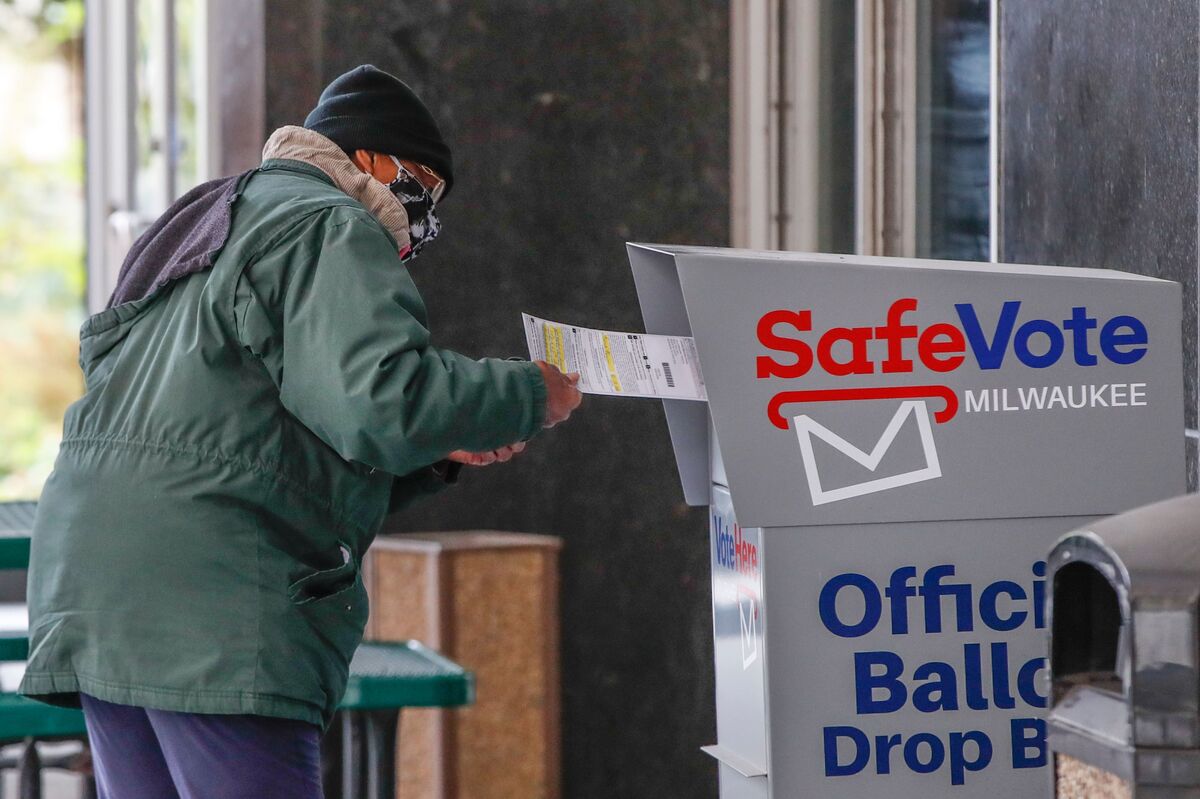 A woman casts her ballot on the first day of in-person early voting for the 2020 elections in Milwaukee on Oct. 20. With just days left until Election Day, both President Trump and Democratic presidential nominee Joe Biden will head to the Badger State for dueling campaign events on Friday.

Wisconsin has been a swing state — on and off — for more than a century. Four years ago, President Trump won it by less than 1 percentage point. This year is also expected to be close.

With just days left until Election Day, both President Trump and Democratic presidential nominee Joe Biden will head to the Badger State for dueling campaign events on Friday, further underscoring Wisconsin's importance in this year's race for the White House.

There's been a recent surge in coronavirus cases around the state, and it's likely the optics of the two events — like their diverging approaches to the pandemic — will stand in stark contrast.

Wisconsin is now a coronavirus hotspot with total cases surpassing 200,000 and hospital bed capacity at about 85%. On Wednesday, Wisconsin reported records for cases, hospitalizations and deaths.

Since the pandemic began, the state has also been a ground zero for racial injustice protests. Unrest erupted in Kenosha, Wis., after Jacob Blake, a Black man, was shot seven times in the back by police in late August. The shooting reverberated across both the state and nation, sparking protests in cities like Milwaukee — where, in 2016, Democrats were quick to blame low voter turnout in minority communities.

In rural Wisconsin, it's been a rough year for the state's dairy farmers. President Trump's trade war with China sparked a drop in dairy exports. The coronavirus pandemic led to vivid scenes of farmers dumping milk due to decreased demand and plummeting milk prices. In 2019, Wisconsin led the nation in farm bankruptcies. Yet the president's support among farmers remains high.

With these and other issues at stake, Morning Edition wanted to hear about what's motivating Wisconsin voters this election. We focused on the larger Milwaukee metro area for its economic and racial diversity. Milwaukee County overwhelmingly supported Hillary Clinton in 2016, while its surrounding more rural counties are deeply Republican.

NPR spoke to a dairy farmer in rural Washington County and checked in with an organization on Milwaukee's north side focused on driving Black voter turnout. 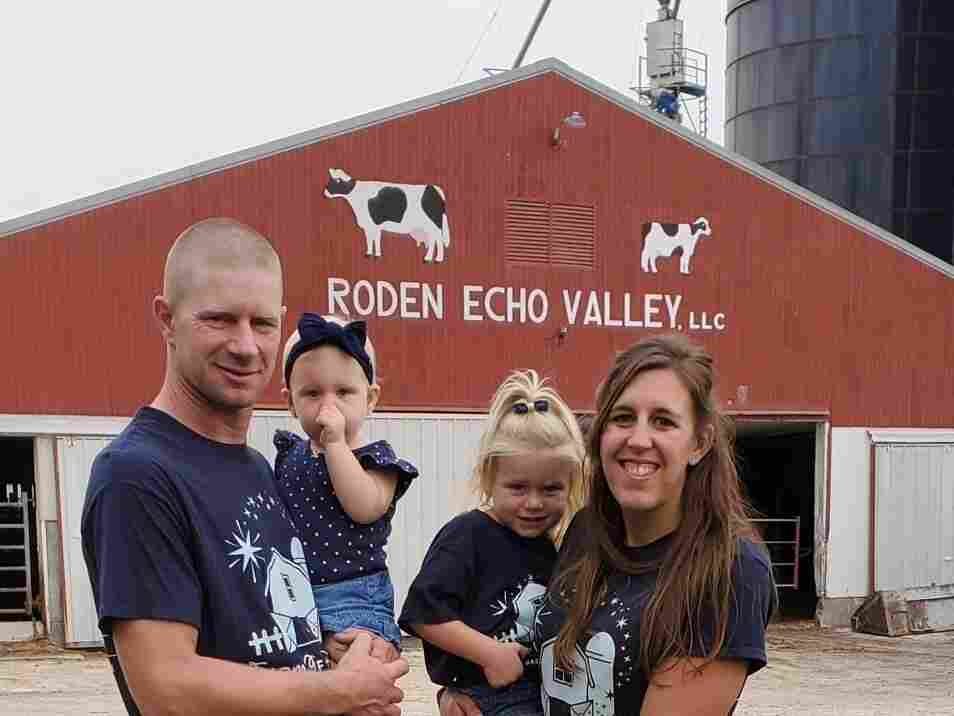 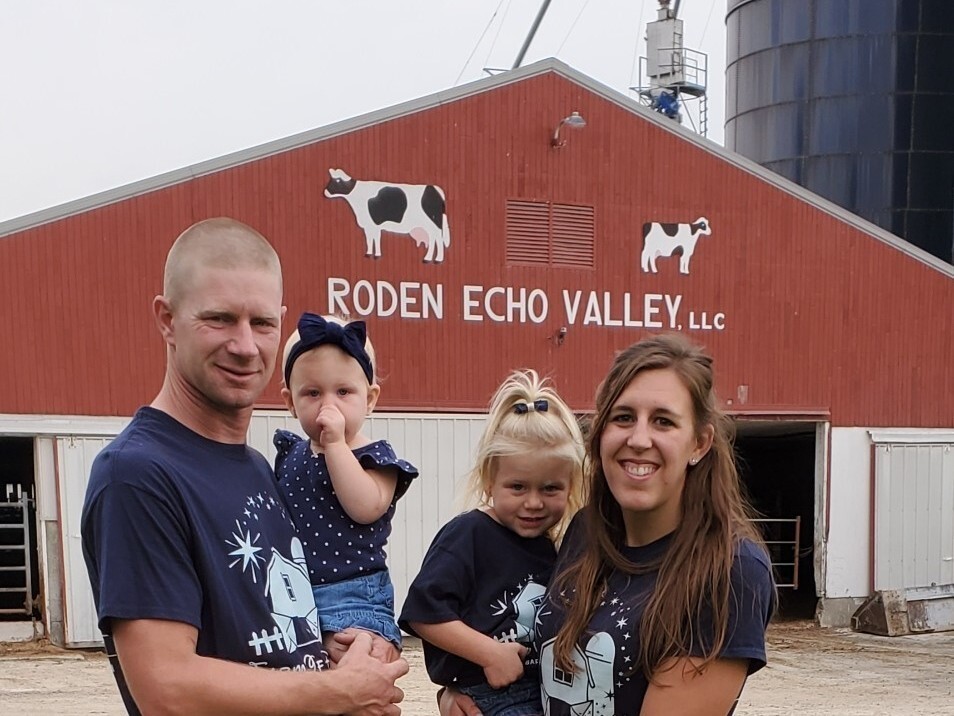 Rick Roden, a married father of two young daughters, voted for Trump in 2016 and 2020. He works a family dairy farm with 700 cows in Washington County, Wis.

Though COVID-19 cases are surging in the state, the virus doesn't look that bad from where he's standing.

"To me personally, the cases are rising in Wisconsin, really doesn't affect me much or make a difference to me. I might have had the virus already and I didn't know it," he said.

Wisconsin Dairy Farmer Weighs In On The Election, COVID-19 Spike

Wisconsin Dairy Farmer Weighs In On The Election, COVID-19 Spike

Roden said Trump has handled the pandemic "the best that he could with the information that they had at the time."

He is more concerned about his farm. And he worries that his business will suffer if Joe Biden is elected.

"One of my fears if Joe Biden would win the election is he's talking about making mass mandates and kind of shutting the economy back down again – now maybe not to the extent it was in March — but we need these businesses open, we need these restaurants open that are going to consume our cheese and consume our dairy products," he said.

Roden sees the nation as more divided than it was four years ago. Though some say Trump's policies and style – especially with respect to how he talks about women — have fueled those divisions, Roden doesn't see it that way.

"The president tells it like it is," he said. When the president sent federal troops to the streets of cities holding racial injustice protests, for example, it was a way to keep rioters accountable, he said.

"We're living in a different world today than we were a long time ago but this world is constantly changing. As far as equal rights to everybody, you know, women and Blacks have the same opportunities that we may have today, that maybe they didn't have years ago," he said. 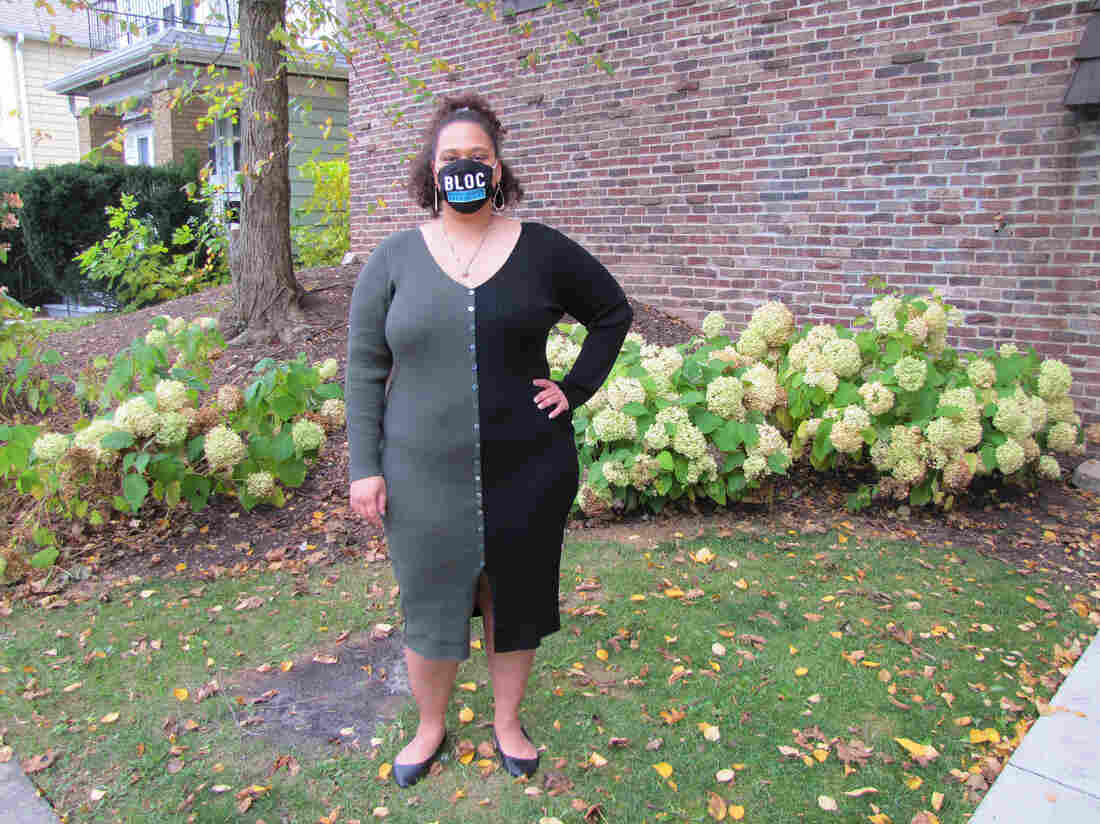 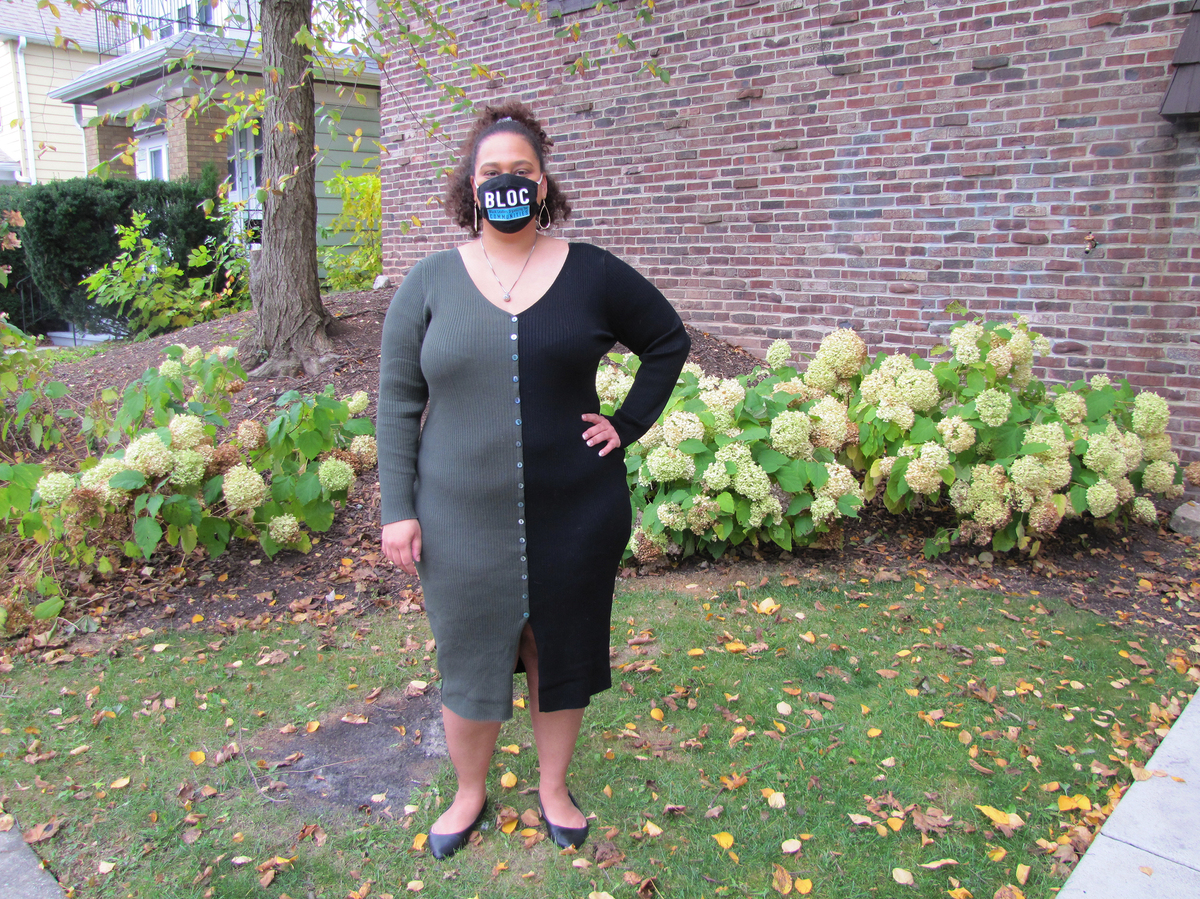 Angela Lang is founder of Black Leaders Organizing for Communities in Milwaukee.

When Angela Lang needs motivation, she looks at a giant, bright green Post-It stuck near her laptop where she's written the number 22,748. It's how many votes President Trump won Wisconsin by in 2016. Barack Obama won the state twice.

After the last election, Democrats were quick to blame the low voter turnout among Milwaukee's Black community as a reason for the narrow defeat.

Lang said it felt like Black people in Milwaukee were being scapegoated. Wisconsin is an overwhelmingly white state, and in 2016, about 1.4 million eligible voters there didn't vote.

"I heard a lot of progressive folks, Democratic folks, a lot of white progressives that were blaming our community for the outcome of what happened," Lang said.

So she decided to take action. She figured there had to be 22,748 or so people she could persuade to vote this time. That's how, in 2017, Black Leaders Organizing for Communities (BLOC) was born — with the mission of increasing voter turnout among Milwaukee's Black community.

Over the past three years, she and her co-workers have knocked on thousands of doors and explained how to register to vote. They've told people who have lost their right to vote because of felony convictions that it has been restored. They have held events like "Civics Jeopardy," covering things like Black history, important dates in voting and the legislative branch.

Early voting numbers out of Wisconsin indicate a rise in voter turnout. More than 1.6 million people have already voted across the state. That's more than half of the total turnout four years ago, according to the U.S. Elections Project.

BLOC doesn't endorse any particular party. Lang said her group wants people to make up their own minds. BLOC does endorse candidates, and this election, all of them happen to be Democrats.

"It's important to know the power of our vote and that you can't win a statewide election if you don't engage Black and brown voters," she said. "And that happened in 2016." 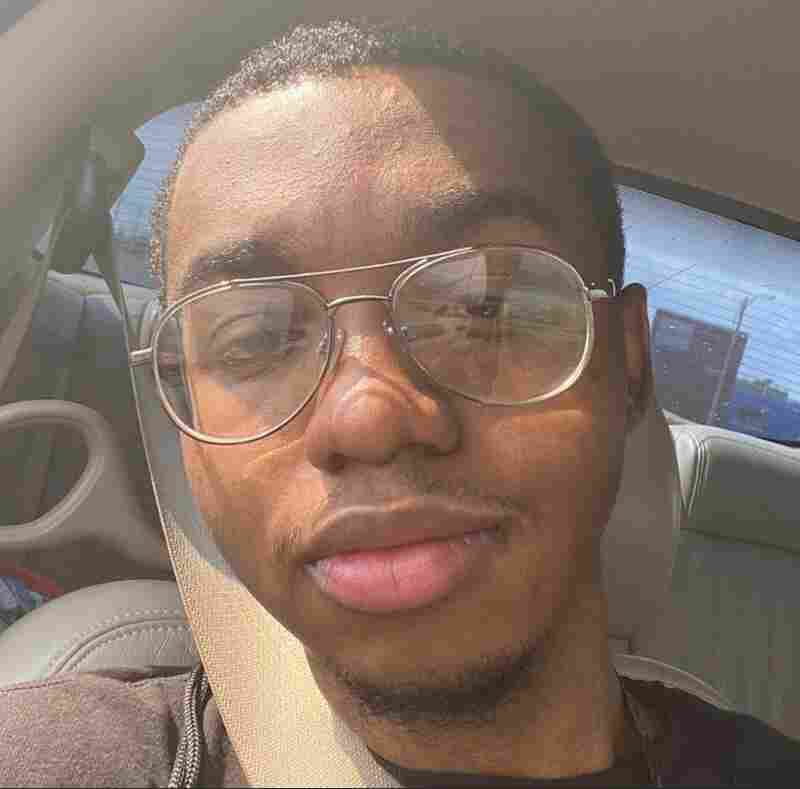 Keith Johnson, an assistant manager at a Milwaukee Dollar Tree, has been skeptical about taking part in the voting process.

Until this year, Johnson had never voted. He probably wouldn't have this year either. He'd seen some theories on the Internet about voting – inaccurate claims like that someone might take your ballot and change the name of the person you voted for.

But a few months ago, his mom's friend Facetimed him. She works at BLOC, and she wondered if he was going to vote. She told him how to get an absentee ballot mailed to him.

The logistics. The how. No one had ever told him that. And as for the why? His mom's friend didn't make any promises. She just said, you know, for a long time Black people couldn't.

"I'm probably voting for someone who couldn't do it back then, and just like making it up for them or just like helping out my people," he said.

"Ever since Trump became president, more of this racial stuff has been popping out more than ever," he said.

Johnson also feels like other countries are starting to pass us by. Japan has better technology, he said. But there's something else, too. He's heard stories about Trump's finances. Johnson looks around the streets of Milwaukee. They're cracked and bumpy, and there are potholes everywhere. The roads tear up cars. He said he wants a president who pays his fair share of taxes. 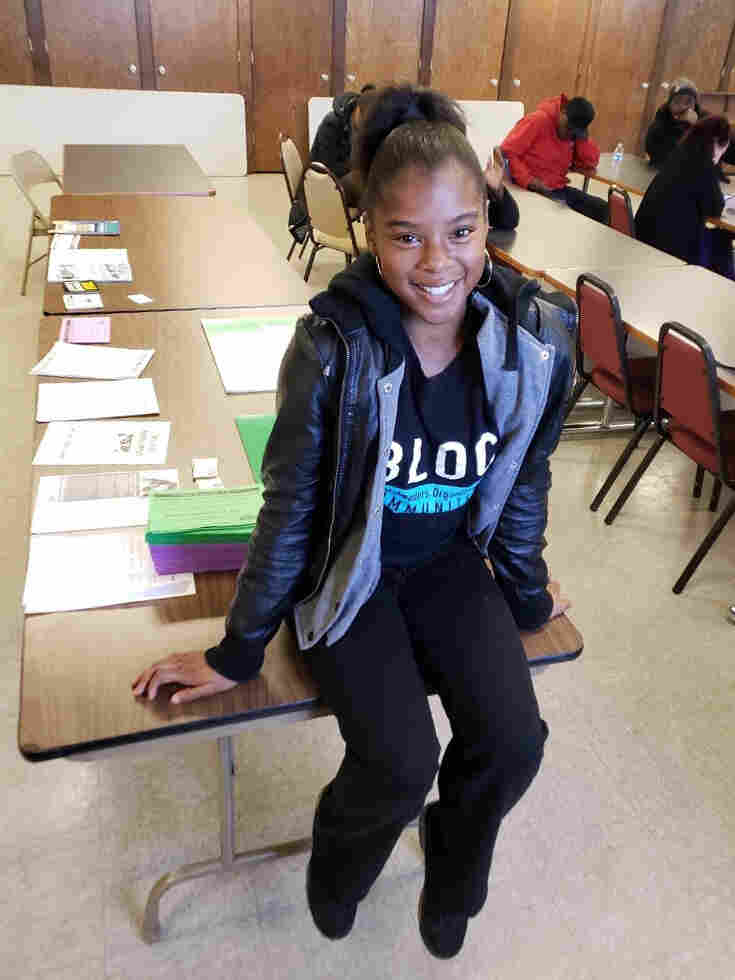 In 2018, Amari Rucker said she didn't even know who the president was. Now, thanks to her work with Angela Lang's organization, she's a passionate and civic-minded voter. Amari Rucker hide caption 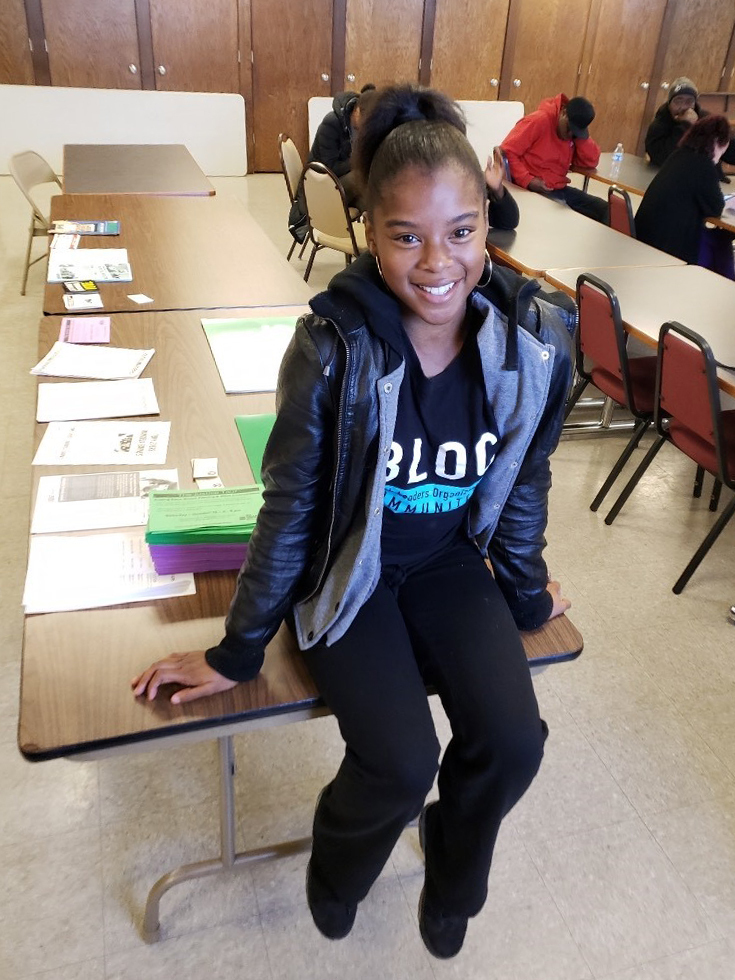 In 2018, Amari Rucker said she didn't even know who the president was. Now, thanks to her work with Angela Lang's organization, she's a passionate and civic-minded voter.

Amari Rucker is a passionate and civically minded voter, motivated, she said, by the idea that it's important to hold elected officials accountable.

When she started at BLOC in 2018, though, she didn't even know who the president was.

"I thought it was Obama still. I never knew Obama got kicked out," she said. "I was lost."

She might have stayed lost. She finished high school in 2016, had a daughter and got a job in a Milwaukee café. But she realized she reached a dead end, professionally.

It turned out to be. She knocked on doors, then cold-called once the pandemic started, trying to register voters. Many have been skeptical. She's worn them down. Now they call her when they have questions about voting.

And she said it's been awhile since her work has taken her to someone who isn't planning on voting. That's progress — and results in a new feeling for her.

"You're changing the world. Like, you don't get that feeling every day," she said.

Heidi Glenn adapted this story for the Web.