Accessibility links
Guggenheim's Audio Guide Brings The Art Museum To Listeners' 'Mind's Eye' The "Mind's Eye" audio experience is an aural escape during the pandemic, but it's actually designed for the blind community. The idea is to immerse listeners in a space that can be vividly imagined. 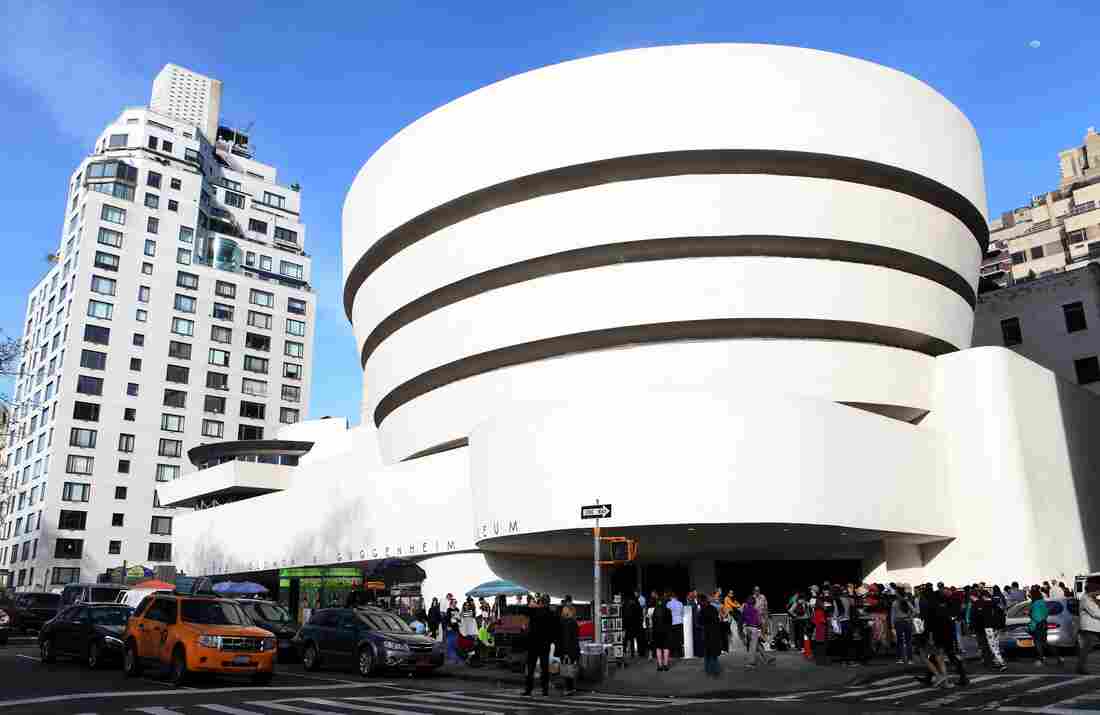 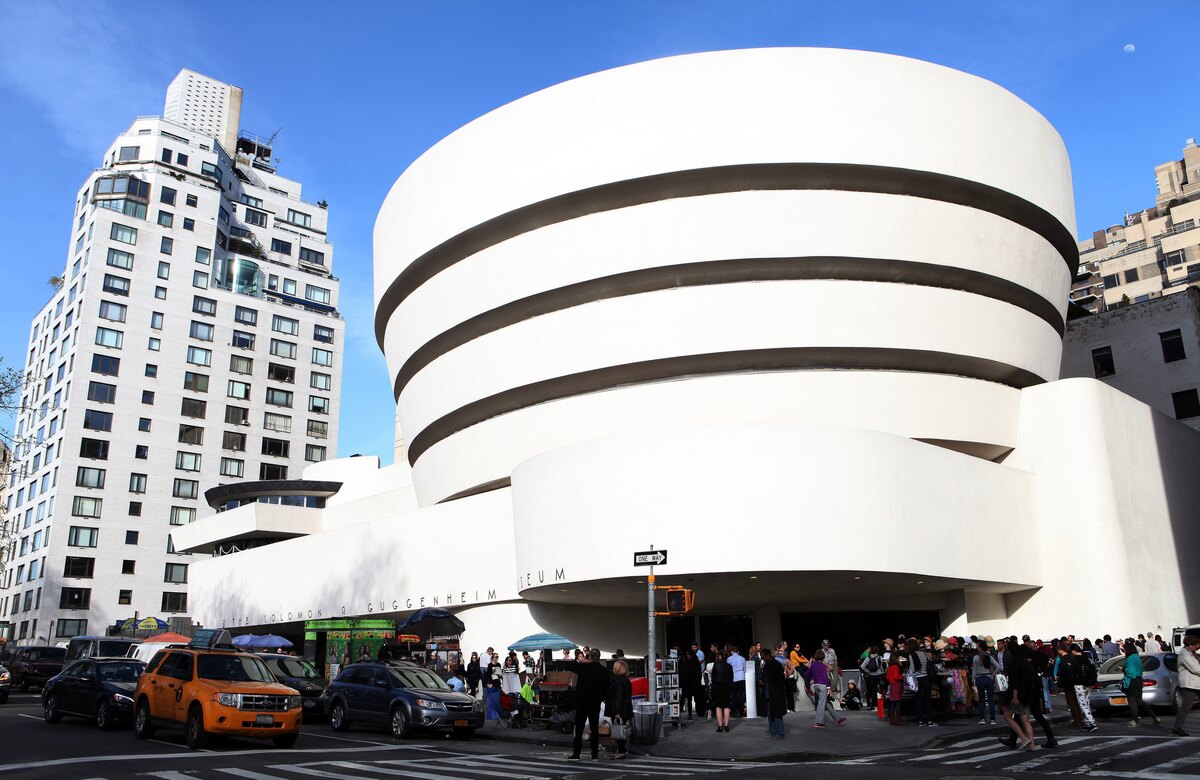 For art and architecture lovers who can't make it to the recently reopened Guggenheim Museum in New York City, there's an audio listening guide that can transport you there.

It's called Mind's Eye: A Sensory Guide to the Guggenheim New York and it's a compilation of what the museum calls "quintessential New York voices" describing the stunning architecture of Frank Lloyd Wright's iconic building. Each of the 10 tracks in the guide describes a sensory aspect of the museum; for example, actor Maggie Gyllenhaal describes touching the thick, pitted paint layers coating the museum walls [Click the play button above to hear the broadcast story and a selection of Mind's Eye tracks.]

Karen Bergman, access programs associate at the Guggenheim Museum, calls Mind's Eye a meditative experience. "I remember in one listening session, someone said that hearing these tracks really made them homesick for the museum," she says. "It really does bring people directly there."

It's a vivid escape for those of us stuck inside during the pandemic. But the Mind's Eye audio guide is designed for the blind and low-vision community.

"I've felt left out. I feel left out in almost every space that I go into," says actor Marilee Talkington, one of the guide's narrators who is also legally blind. "That's just part of moving through the world as a blind, low-vision person, as a disabled person. I mean, our physical architecture of the world excludes us."

But when Talkington listens to the audio tour of the Guggenheim Museum, she says she's immersed in a space she can vividly imagine.

"I feel that I'm able to access what most people visually access," she says. "This sensory guide I feel is for us — it's for my community. But it's actually for everybody."

Heidi Glenn adapted this story for the Web.