Accessibility links
A Long Tradition Of Mail-In Voting For Service Members, With Few Problems Most overseas troops use the mail and the law requires their ballots to go out early. 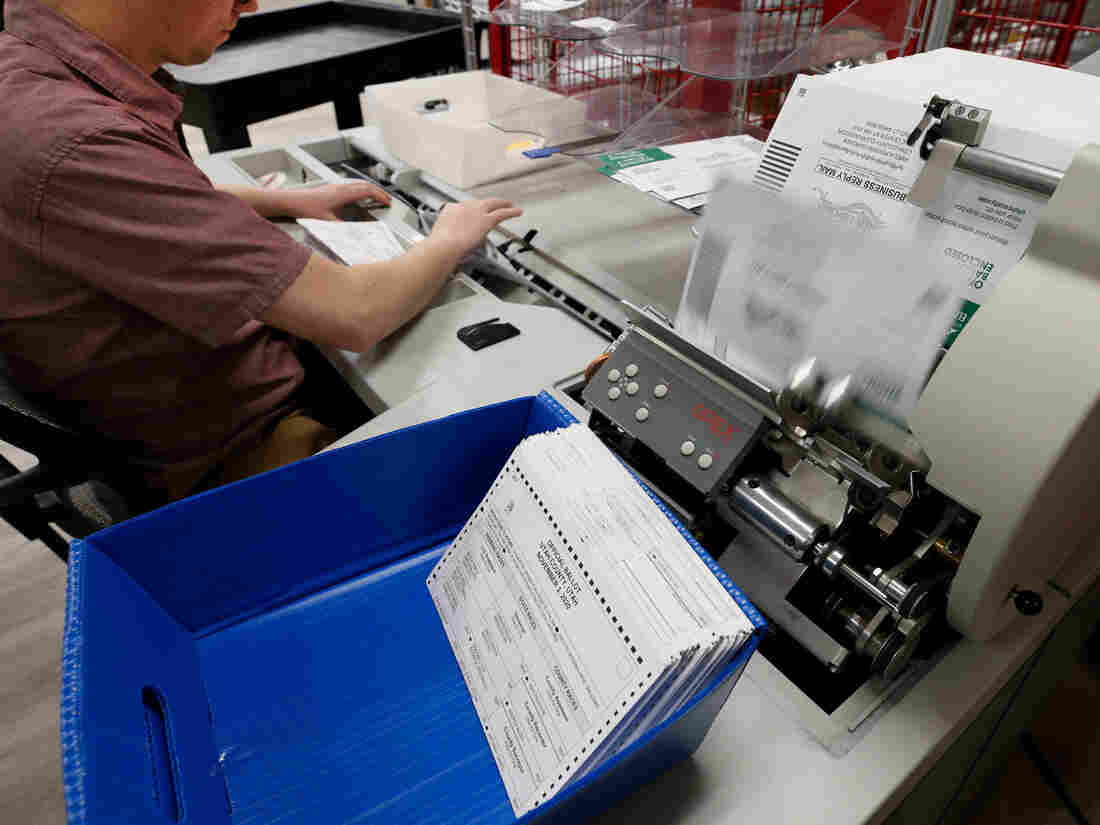 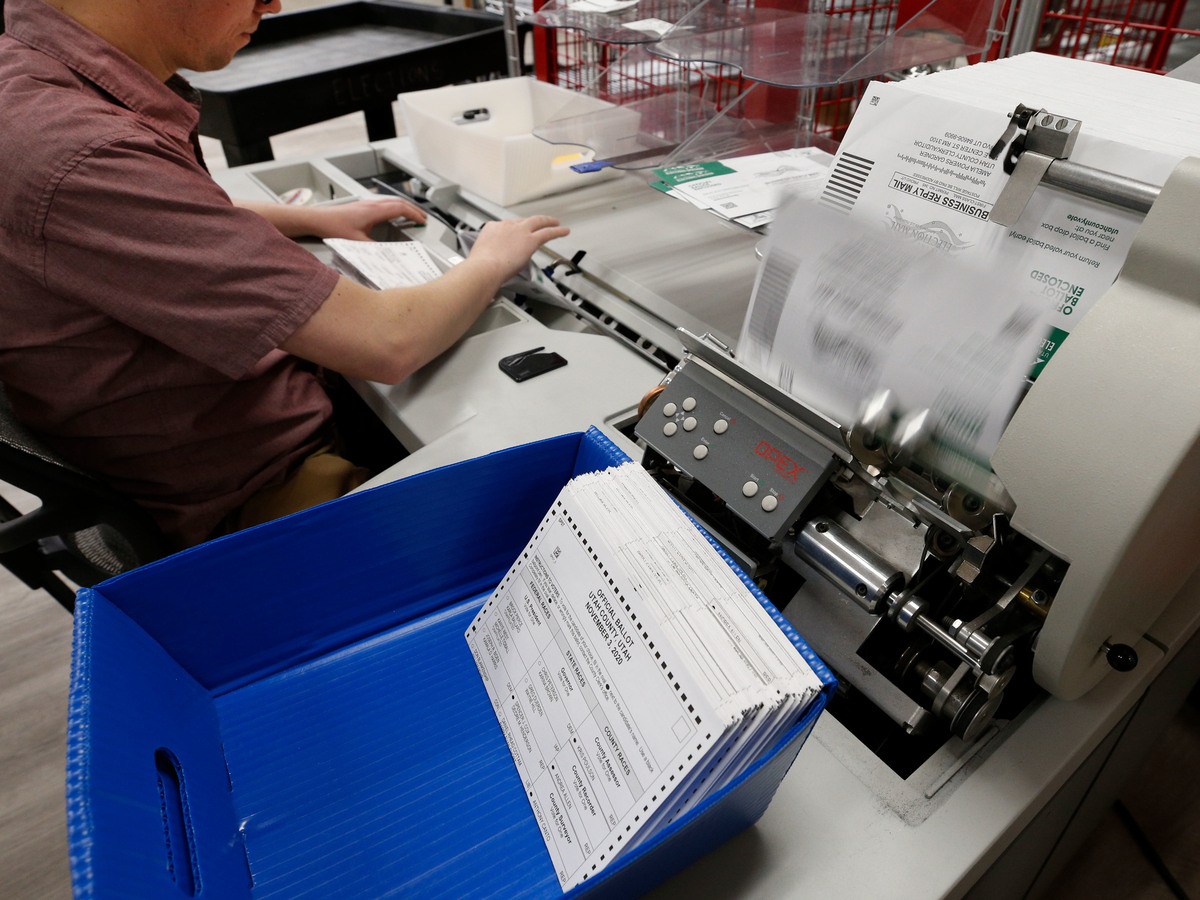 An election worker opens envelopes and removes ballots so they can be counted at the election office on Octo. 26, 2020 in Provo, Utah.

In a year when millions of people are voting by mail, overseas troops were among the first to receive their ballots. San Diego County is one of 11 counties in the United States that have more than 10,000 military and overseas absentee voters, according to a 2018 report by the U.S. Election Assistance Commission.

County Registrar of Voters Michael Vu said there has never been a hint of widespread fraud, though not every ballot comes back in time to be counted. Federal law requires military and overseas voters to have some method of returning votes electronically. In California, these voters can fax the ballots to the county.

"In many cases, we don't know what the status of that military and overseas voters is," Vu said. "Could they be on a ship, which doesn't have good transmission when it comes down to fax?"

Still, most overseas troops use the mail, which is why the law requires their ballots to go out early.

"The reason why is the transit time of getting them their ballot," Vu said. "And of course the other is giving them sufficient time to vote it and get it back through whatever postal system of where they are at."

Even with the extra measures, over the last two presidential elections, military personnel actually voted at a lower percentage than other absentee voters, both in San Diego County and nationally. Roughly 26% of eligible military voters cast a ballot in 2018, while the number for the general population was 52%, according to the Federal Voting Assistance Program.

This election, polls show military voters may be more in play than in previous years. A Military Times poll of active duty troops in August showed former Vice President Joe Biden holding a lead, with President Trump's approval rating well below what it had been at the start of his term. 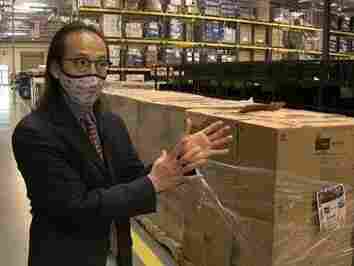 "Military families are not unlike the rest of the electorate, and we're seeing Joe Biden do better with older folks and with white folks and with men across the board," said Eli Yokley, a senior reporter at Morning Consult, which also has been tracking military and veterans households. Yokley said the group has typically been a reliable part of the Republican base, and in some ways it still is.

The polling group Morning Consult surveyed veterans and active duty households in early September, after an article in The Atlantic reported the president had called people who served "suckers and losers." Trump has denied the report and the poll found Trump's support holding steady. He still led among a sample that included both military and veteran households.

"I think we've seen with white voters and with men, who are sort of the Trump base, not a lot has moved their views, across the board, over the last four years," Yokley said.

Back from Walter Reed Medical Center after being diagnosed with COVID-19 in October, Trump tweeted a video message to military voters, one of the groups he is still actively courting.

"We got everybody pay increases. Three of them. There's never seen anything like what I've done for the military," Trump said in the message recorded on the White House lawn. For most candidates, it's hard to target military voters directly.

Department of Defense regulations make it difficult to hold events on base. Democrat Doug Applegate, a retired Marine, ran for Congress in 2016 and 2018. The district included the sprawling Camp Pendleton in Southern California, where more than 36,000 people live on base.

"I wouldn't go on base," Applegate said. "I was asked that on occasion. And I thought that regulation was well founded. Because I don't think the military needs to be sucked into politics."

Applegate, who didn't win a seat in Congress, said military voters tend to be conservative, but not always. National security is important to them, and they tend to size-up which candidate will do the best job of being their commander in chief.

And even though they may be insulated from the job market, they still vote with their pocketbooks, Applegate said.

"I think they look at the economy like everybody else," he said. "Because active duty military still buy homes. They still live in the community where they're stationed at."