Accessibility links
With Many Colleges Closed, Will Students Turn Out To Vote? People ages 18 to 29 are turning out in record-breaking numbers for early voting. But will pandemic-related disruptions to campus life affect student voter turnout on Election Day? 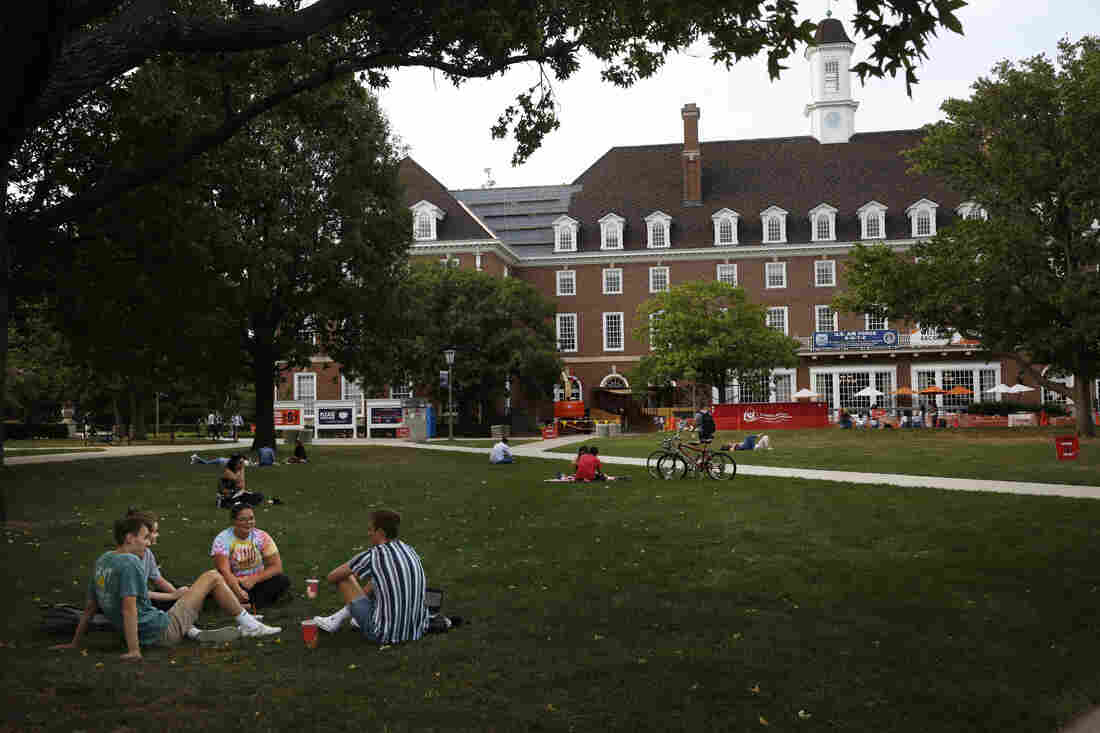 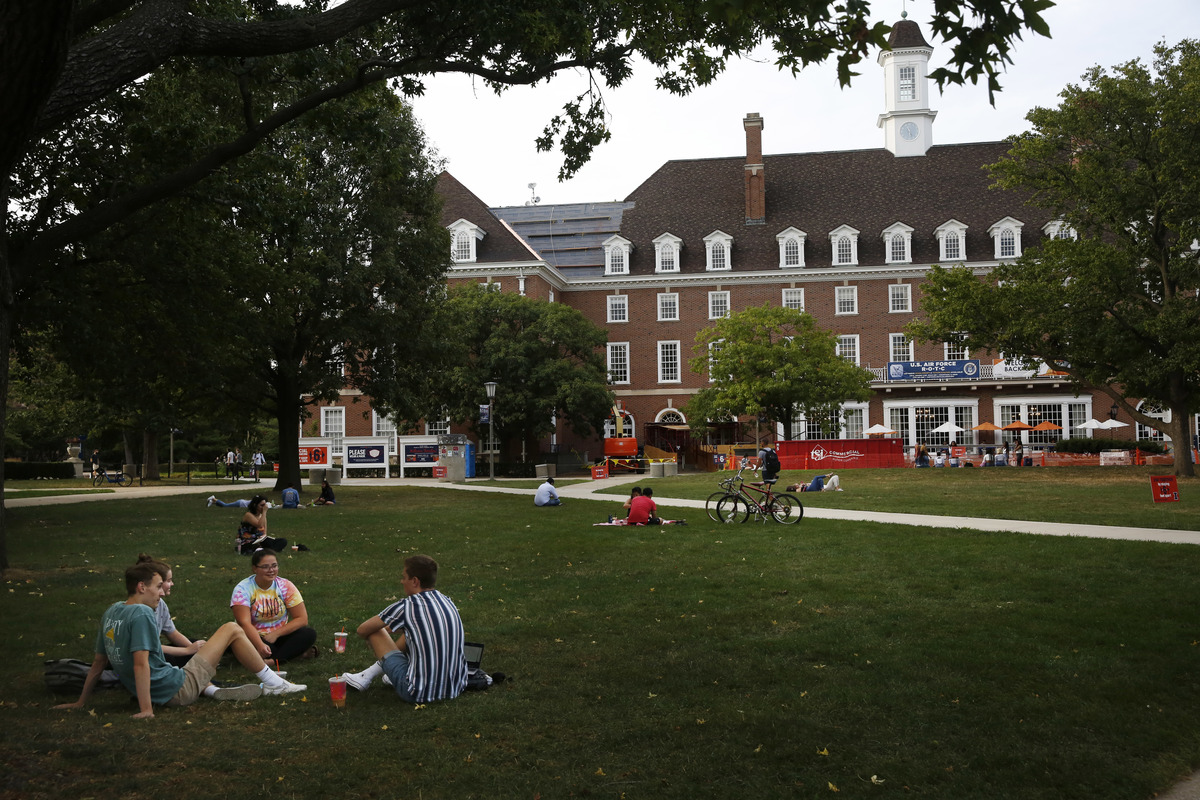 Students chat on a lawn this fall at the University of Illinois at Urbana-Champaign. It's unclear how disruptions to campus life during the pandemic might affect student voter turnout on Election Day.

Despite a legacy of low turnout, college students — and young people in general — could be a decisive voting bloc in this election. Already, nearly 5 million Americans, ages 18 to 29, have cast early votes, a far higher number than at this point in 2016.

But will this fall's pandemic campus experience upend optimistic projections for a college student turnout?

"This election year is just incredibly important," says Annie Rosenow, a junior political science major at the University of Rochester, who's been working on campus voter outreach. "For me and many of my peers, it's our first time voting in a presidential election."

She's part of a broad upward trend in college students and young voters in recent years: College students more than doubled their rate of voting between the 2014 and 2018 midterm elections, according to research from Tufts University.

In the 2016 presidential election, 48% of college students voted. Experts predict that percentage will grow this year. A poll on Monday from Harvard University's Institute of Politics found that 63% of 18- to 29-year-olds said they would "definitely" vote in the election. In 2016, that number was 47%.

Rosenow requested an absentee ballot from her home state of Pennsylvania; it was sent to her childhood home, so her father drove the three hours to her campus in New York state so she could fill it out. He took the sealed ballot back home to turn it in.

Despite voting early, she's planning on being at the closest polling place to campus on Election Day, encouraging her classmates, too: "No matter who you're voting for, you should express your civic duty and vote."

If Rosenow and many of her college-age peers turn out, they could have an important impact: Young people make up 37% of eligible voters, according to census data analyzed by the Brookings Institution.

And in some states, the number of college students can affect a tight race: The state university system in Wisconsin enrolls about 170,000 students, and in 2016, Hillary Clinton lost that state by 22,177 votes.

The unknown variable, of course, is the coronavirus pandemic and how it has disrupted the academic year. More than 40% of U.S. colleges are fully or primarily online for the fall semester, and that could have a big impact on turnout, says Nancy Thomas, director of the Institute for Democracy & Higher Education at Tufts. She says campus closures, plus the attempts to suppress the college vote by limiting polling places, could dampen the growth in voting rates researchers were expecting.

While total registration of young people has exceeded 2016 levels, in more than a dozen states registration among first-time voters — 18- and 19-year-olds — is lower than in 2016.

That doesn't surprise Rosenow at the University of Rochester. "COVID changed our whole mindset in terms of getting out the vote and trying to get students to register," she says. Usually her organization sets up tables in common spaces or on the quad, "and then I just pretty much scream at other students to get them to vote."

This year, "tabling is one of those things we definitely can't do. So we had to really focus our efforts on social media."

At Rochester, they've transitioned their outreach online — inviting clubs and athletic teams to make social media commitments to vote, helping students request mail-in and absentee ballots, and using the platform TurboVote to keep students informed about the election process. Rosenow says there's been a lot of confusion about mail-in voting since students live all over the country and the process can be hard to navigate.

Thomas, the Tufts researcher, agrees. "The fact that students are online is problematic," she says. "Voting is a very social act, and we know that convenience matters and that people, not just students, vote at higher rates if they can walk to a polling location or they have a short distance to drive."

This is likely to be felt more strongly in local or U.S. House races, where an infusion of college students can help swing an area Democratic.

But Thomas is still optimistic: College students thrive on social media, she notes, and have become adept at creating communities online.

Following protests this summer, Thomas also expects that many young voters are fired up: "Activism is so high right now that it may actually be counteracting some of the downside of COVID," she says, "This generation really cares, and if they can be told the many reasons why they do need to vote, I think they will."