Accessibility links
Review: 'Truth Seekers' From Nick Frost And Simon Pegg Is Satisfyingly Spooky Nothing's as it seems in this Amazon series, which (sort of) re-teams Nick Frost and Simon Pegg for a gently funny and sometimes scary tale about a team of paranormal investigators. 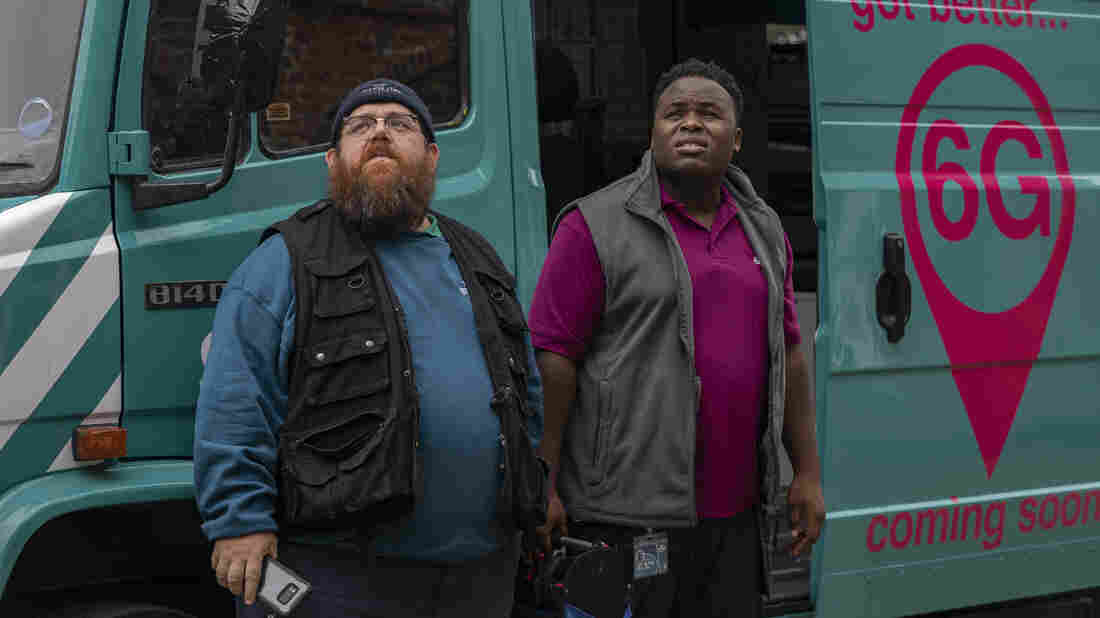 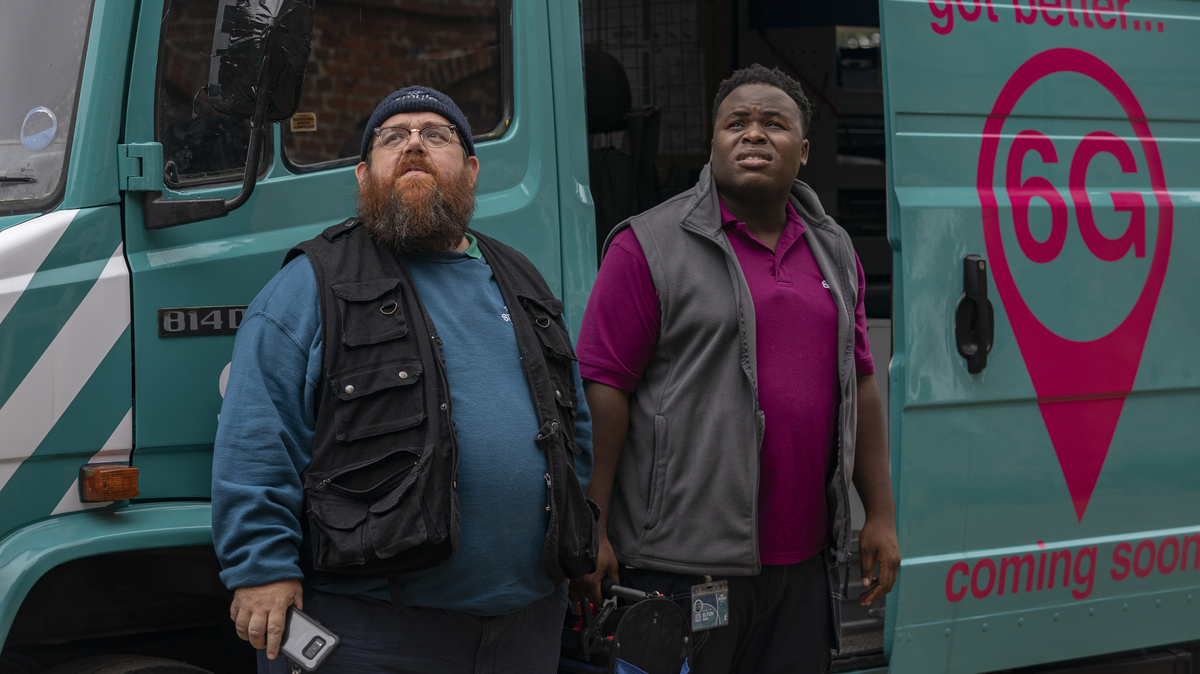 Nothing's quite what it seems to be in the Amazon original series Truth Seekers, which re-teams (sort of) Nick Frost and Simon Pegg, the duo who starred together in the brilliant British series Spaced, as well as in the genre-mashing comedies Shaun of the Dead, Hot Fuzz and The World's End.

I say sort of re-teams, because even though Frost and Pegg co-created and co-wrote the series (alongside Nat Saunders and James Serafinowicz), Truth Seekers finds Frost in the driver's seat. Literally: He plays Gus, a lonely broadband installer who tootles around Britain in a van while investigating paranormal activity in his spare time. Pegg plays his supremely affable boss, but generally appears in only a scene or two per episode — until the season finale, when he gets much more to do.

Instead, Frost's comedy partner this time out is Samson Kayo, as the affable rookie installer Elton. (Fair warning: You should get used to seeing the word "affable" in this review, as just about every character in the series can ultimately be described that way — even those who start out surly, like Gus, or crotchety, like Gus's Father [Malcolm McDowell], or snippy like Elton's sister Helen [Susan Wokoma]. As the season goes on, the series keeps banging these and other characters against one another in different combinations until their sharp edges wear away, and a gentle, warm conviviality develops among them.)

Elton wants no part of Gus' ghostly investigations. There's a reason for that. There's a reason for everything the show throws at you in the opening episodes, it turns out, as the series is carefully laying track for twists and revelations further down the road. Wondering what the deal is with that young woman in overalls (Emma D'Arcy) who's haunted by visions of ghosts? Wait an episode or two; her storyline will intersect with that of Gus and co. soon enough. Puzzled by the way the series conflates ghosts, magic and electronic equipment? It'll all come clear, and you won't have to wait long: At just 8 episodes, Truth Seekers tells a relatively complex story filled with callbacks, coincidence and character beats with satisfying clarity and concision — no Netflix bloat here.

It doesn't skimp on the horror elements, either. The series never spoofs the ghosts that haunt the characters, and it serves up those ghosts, and the scares they provide, with a straight face. The humor derives from the characters' reactions to what's going on — reactions that, Brits being Brits, often seem uncannily understated.

Much of the show's humor is gentle in nature, rooted as it is in the budding friendships developing among this ersatz team of amateur ghostbusters. Frost plays Gus as a man who has grown so used to his loneliness he's convinced himself he's fond of it, but as Kayo's Elton enters his life, cracks begin to appear in his bluff, put-on self-satisfaction.

It's frequently a deeply silly show, of course, and the season's overarching storyline, which involves the connection between wireless broadband and alternate dimensions, is pure, high-concept sci-fi, with just the right amount of cheesiness, for flavor. But Truth Seekers takes seriously the things it should: its need to throw in a few legitimate scares every so often and the abiding humanity of its characters.