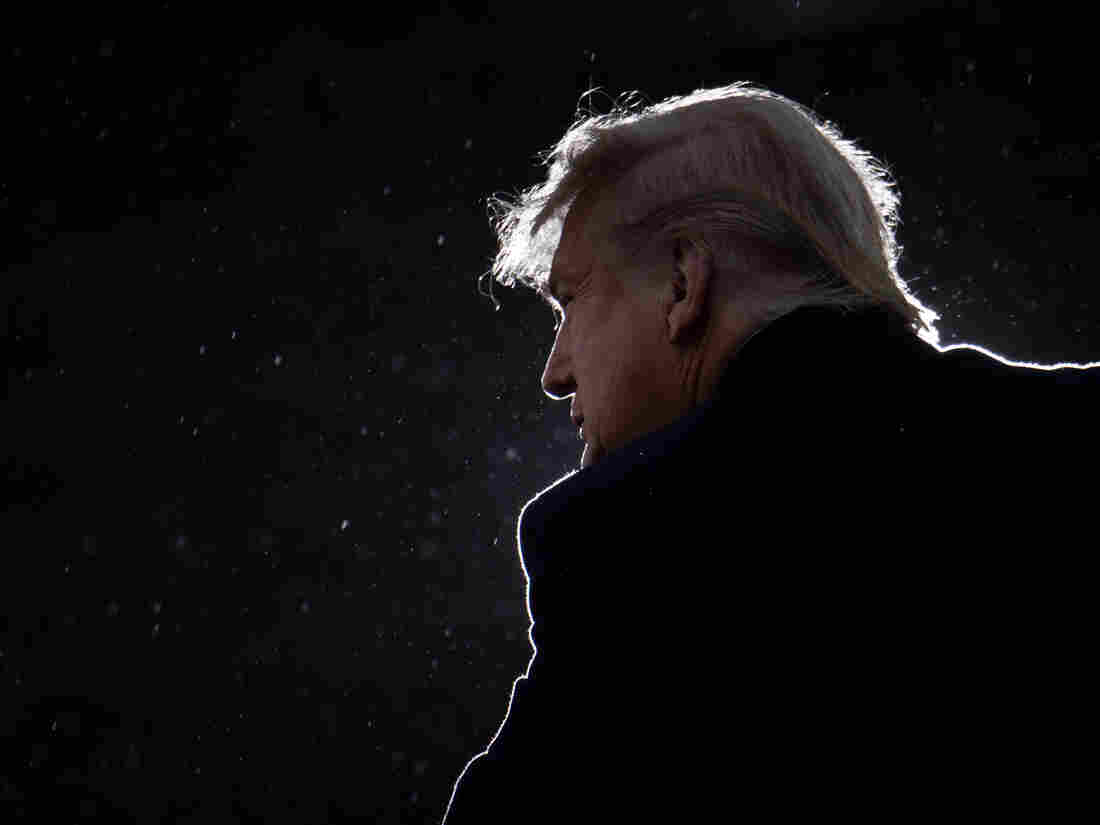 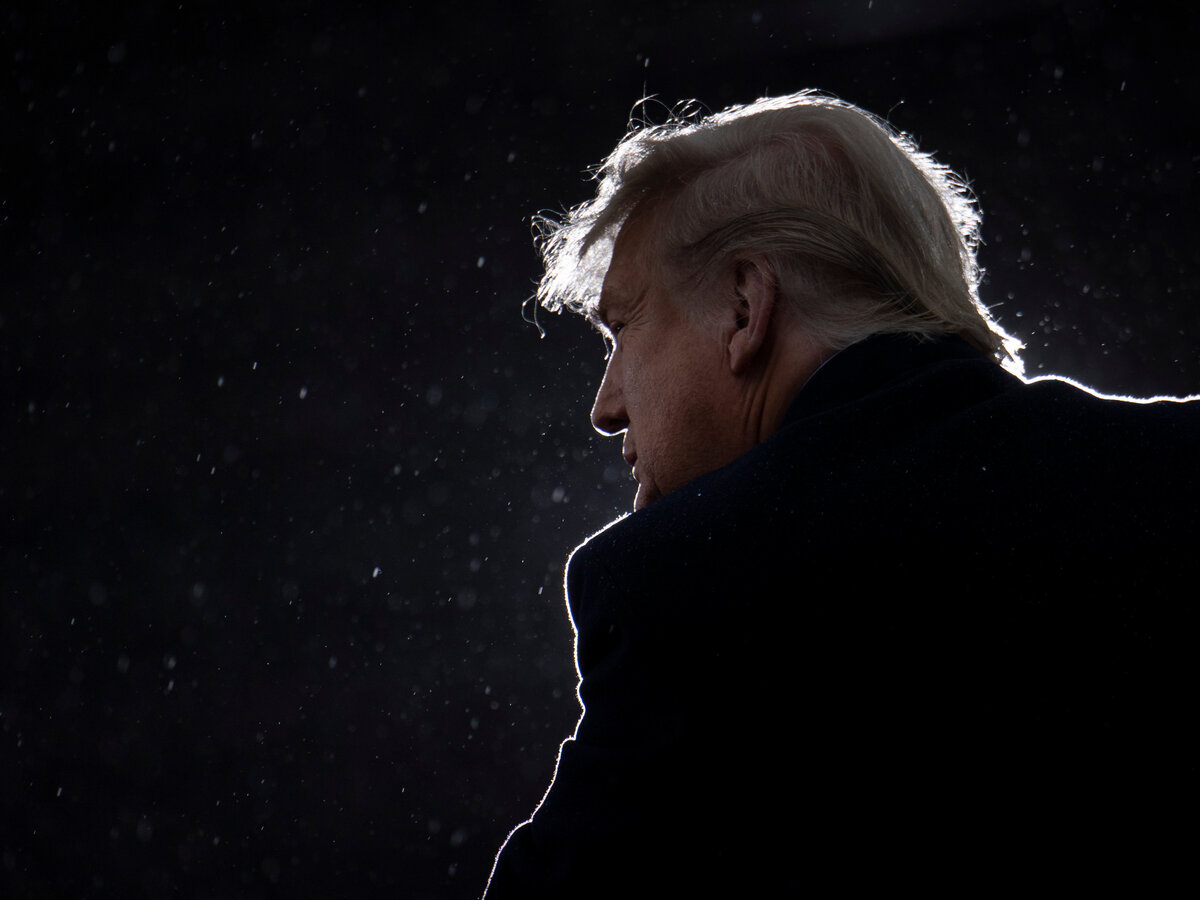 In the five weeks since the order was signed, critics say it has had a widespread chilling effect as federal agencies, the military, government contractors and grant recipients scramble to figure out how to comply.

The order targets diversity training grounded in what the administration terms a "malign ideology" that "threatens to infect core institutions of our country."

Such an ideology, the order says, "is rooted in the pernicious and false belief that America is an irredeemably racist and sexist country."

The order applies broadly to federal agencies and the military as well as government contractors and recipients of federal grants, including universities and nonprofits.

All three of these trainings from @StateDept, @EPA, and @DeptVetAffairs have been cancelled. Thanks for the help. https://t.co/5qkSgnGEtO

The departments of State, Justice and Veterans Affairs are among those that have suspended all diversity and inclusion training programs while they review their content. Many companies and universities have done the same.

The executive order also directs the Department of Labor to establish a government hotline encouraging "employees and other concerned members of the public" to ask questions or complain about diversity training they find offensive or potentially unlawful, for possible investigation. The hotline has received more than 140 responses in the five weeks since it was set up.

The plaintiffs who filed the lawsuit this week say that hotline carries with it "alarming ... echoes of McCarthyism."

A White House memorandum warns that contractors found in violation could have their contracts suspended or canceled. Noncompliance by federal employees, the memo says, "will result in consequences, which may include adverse action."

"A really scary place to be"

When Michelle Kim first heard about Trump's executive order, which is titled "Combating Race and Sex Stereotyping," she says, "My first immediate thought was, here we go."

Kim is co-founder and CEO of the company Awaken, based in Oakland, Calif., which provides workshops on diversity, equity and inclusion to businesses.

Her apprehension proved justified. It wasn't long after the order was issued that she heard from a concerned corporate client, asking Kim to review her materials to ensure they did not include any of the prohibited concepts.

Kim told her client that while she could theoretically avoid use of the term "white privilege" in her talk, if she did so, "I would be agreeing with the spirit of the ask, which is problematic on its own."

She offered to nullify her speaking agreement, but in the end, she was able to assuage her client's concerns. Her talk on power and privilege in the workplace went forward.

Still, Kim says, damage has been done: "Instead of us being focused on actually fighting racism and being anti-racist, now we are scrambling to figure out the legal ramifications of it. I think in many ways the executive order has succeeded in creating that distraction."

The Trump administration's order, Kim believes, is founded on a gross misunderstanding of diversity training: the mistaken belief that it's all about blaming and vilifying white people. (The word "scapegoating" appears seven times in the executive order.)

That misconception is not just wrong, Kim says, but it's also dangerous. "Somehow we've gotten to a place where we believe fighting against racism is anti-patriotic," she says. "That's where we are as a society. And that's a really scary place to be."

"It's a dog whistle"

Joelle Emerson, co-founder and CEO of the diversity, equity and inclusion strategy firm Paradigm, admits to being "extremely naive" when she first read the executive order.

"I didn't believe that any of our clients would be fazed by this," Emerson says. "I was like, 'This is clearly propaganda. It's fascist propaganda. It's a dog whistle to Trump's base, and organizations that care about diversity, equity and inclusion are going to be just as offended by this order as we are.' And I was wrong."

As a result of the order, Emerson lost a client, a government contractor that decided to put all of its diversity training on hold.

The president's crackdown on diversity training is part of a broader culture war, Emerson says, a battle that plays on people's fears about what diversity represents. That fear, she says, is that "diversity is not for you. Diversity training is all about making you feel guilty about who you are, depriving you of your rights."

"Of course," she says, "none of that is accurate, but that's a fear that many white people have about diversity efforts. And this seems to be speaking directly to that fear, and trying very hard to tap into that fear, and sow division and discord."

At the employment law firm Littler Mendelson, Chris Gokturk has been fielding a flood of calls from companies that have government contracts.

"It's been a rough few weeks!" Gokturk says. "There's not enough hours in the day."

Gokturk helps businesses with their affirmative action and diversity programs, and since the order came out, her clients have had a lot of questions.

"The most common thing is, should we stop all of our diversity training? Should we just stop?" she says. "And, at first I said, 'No. You've vetted your training, you always review it and everything else.' "

"And then the hotline went up."

"This is asking Americans to be surveilling other Americans, and this is — y'know, it's chilling. It's absolutely chilling," Stanford University sociology professor Shelley Correll says.

Correll fears the chilling effect could extend beyond what's specified in the executive order and threaten free speech in academia. It's a concern she's heard from fellow faculty across the country.

"There's a lot of worry that this is just step one, and that this is going to lead to restrictions in terms of what we teach in the classroom," Correll says. "It may take universities really pushing back as we go forward."

The executive order specifies that "divisive concepts" can be discussed in an academic setting if they're done "in an objective manner and without endorsement."

The president's action is both "stunningly off-base" and ill-timed, Correll says: "It's an executive order that has come out at a time when interest in diversity training is higher than it's ever been, at a time when for the first time in polling history, the majority of Americans think that racism in our country is a serious problem. So people are paying attention. And at this moment, the executive order comes out. I don't think that's coincidental."

Of course, if Democratic presidential nominee Joe Biden were to take office in January, he could undo the order with the stroke of a pen.

The Biden campaign declined to say whether he would rescind the order but told NPR, "Vice President Biden stands firmly against discrimination of all kinds and his administration will tackle systemic racism and other forms of discrimination across all of our laws, policies, and institutions."