Accessibility links
Marshall Allen On 'Swirling,' The Sun Ra Arkestra's First Album In Over 20 Years The 96-year-old saxophonist, who began playing with Sun Ra in the late '50s and continued to lead the Arkestra after its namesake's death, discusses the band's first album in more than 20 years. 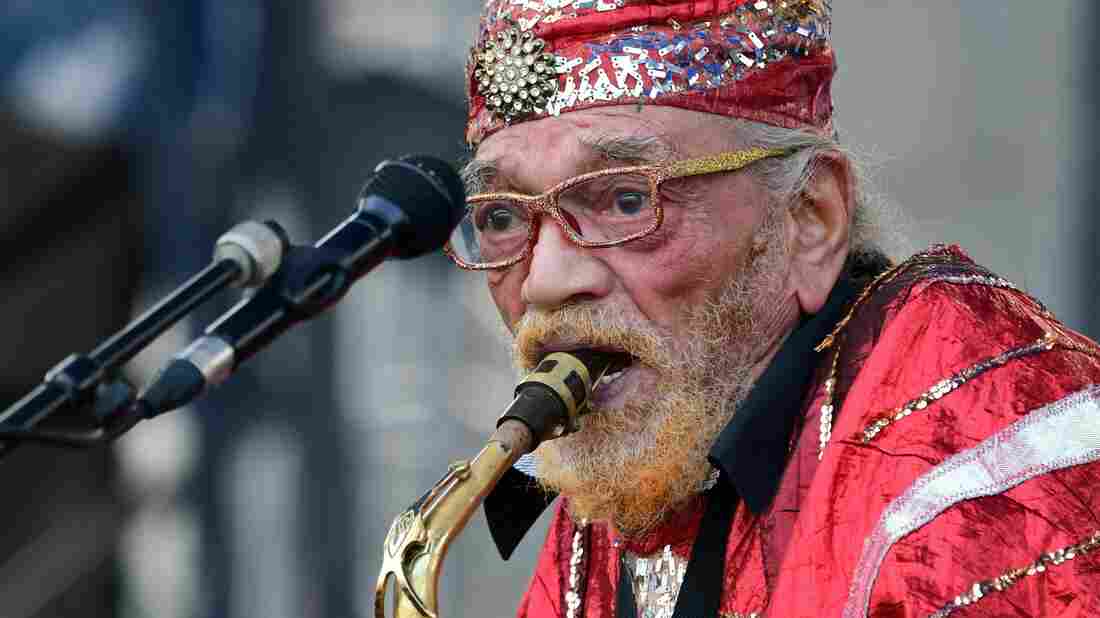 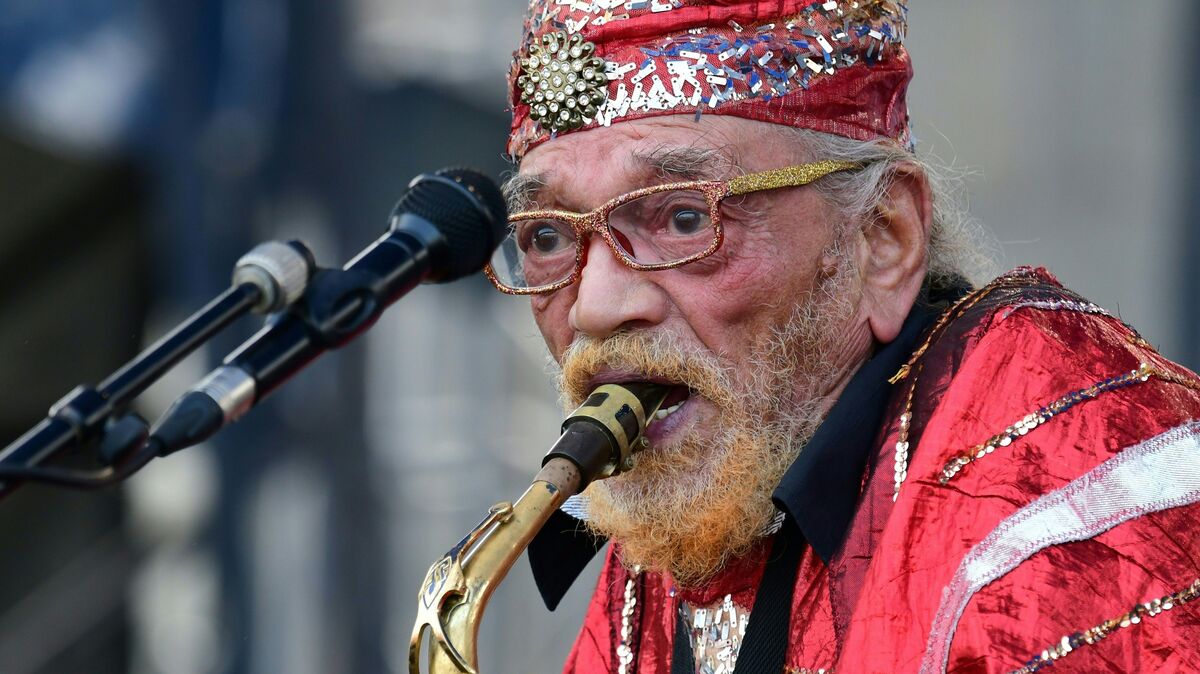 Swirling is the first album in over 20 years from the Sun Ra Arkestra, now led by 96-year-old saxophonist Marshall Allen.

He came from Saturn, on a mission to spread peace through the power of music — or so Sun Ra claimed. "I'm really not a man, you see. I'm an angel," the legendary bandleader said in an interview in the late 1980s. "If you're an angel, you're a step above man."

Sun Ra's music was indeed otherworldly. For more than half a century, his Sun Ra Arkestra has pushed jazz into new, undiscovered realms. Its pageantry and sci-fi aesthetic made it an early pioneer of what would come to be known as Afrofuturism. And even though Sun Ra died in 1993, the Arkestra is still playing. The band has just released its first studio album in more than 20 years; it's called Swirling.

Saxophonist Marshall Allen, 96, has been leading the band for decades now. "I'm carrying on his work — because he worked very hard and he wrote a lot of good music," he tells NPR's Ari Shapiro.

Allen says he first met Sun Ra in Chicago in 1958. "Every night I got off from work I went over to see Sun Ra — ask him, you know, I wanna play with the band," Allen says. He would show up ready to play, but Sun Ra would just want to talk: "He talks about the Bible, and he'd talk about ancient Egypt and the space age." In a characteristic moment, when Allen was finally invited to play, he was told to bring not a saxophone, but a flute.

"It was something about him that I couldn't get away — It was like a magnet. He draws you right in. It changed my whole destiny," Allen says of Sun Ra's unique charisma. "He said, 'We're gonna play this music for the 21st century' — which was about 50 or 60 years away. And I was thinking to myself, I gotta wait that long?"

In 1968, the band moved into a house in Philadelphia, where Sun Ra continued to lead his long, grueling rehearsals. "They went on for all day, all night — 'cause he wrote music like you would write a letter," Allen explains. "Every day it's a new tune. Every day the same tune is being changed."

Allen still lives in that house. He also still has stacks of Sun Ra's hand-written compositions — some of which he used in making the band's new album. "I had a treasure house of ideas and things that I could use, so I used them. And I changed them — the arrangements a little bit, like he does. I had all the music, so it was my turn to do my best."

Even though Sun Ra himself is gone, the Arkestra has held on to the mythology of its founder. When they perform, they still wear flashy capes and sequined headdresses, and the music has the same cosmic flair.