Songs featured in this episode: 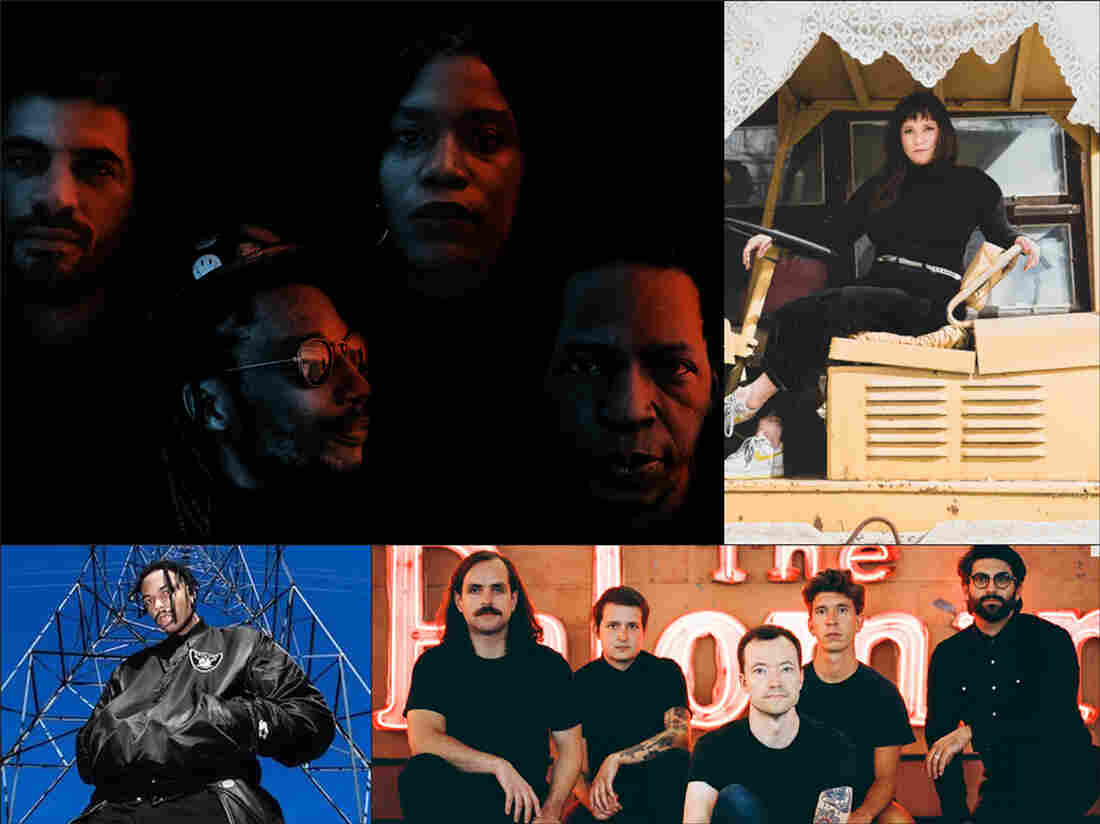 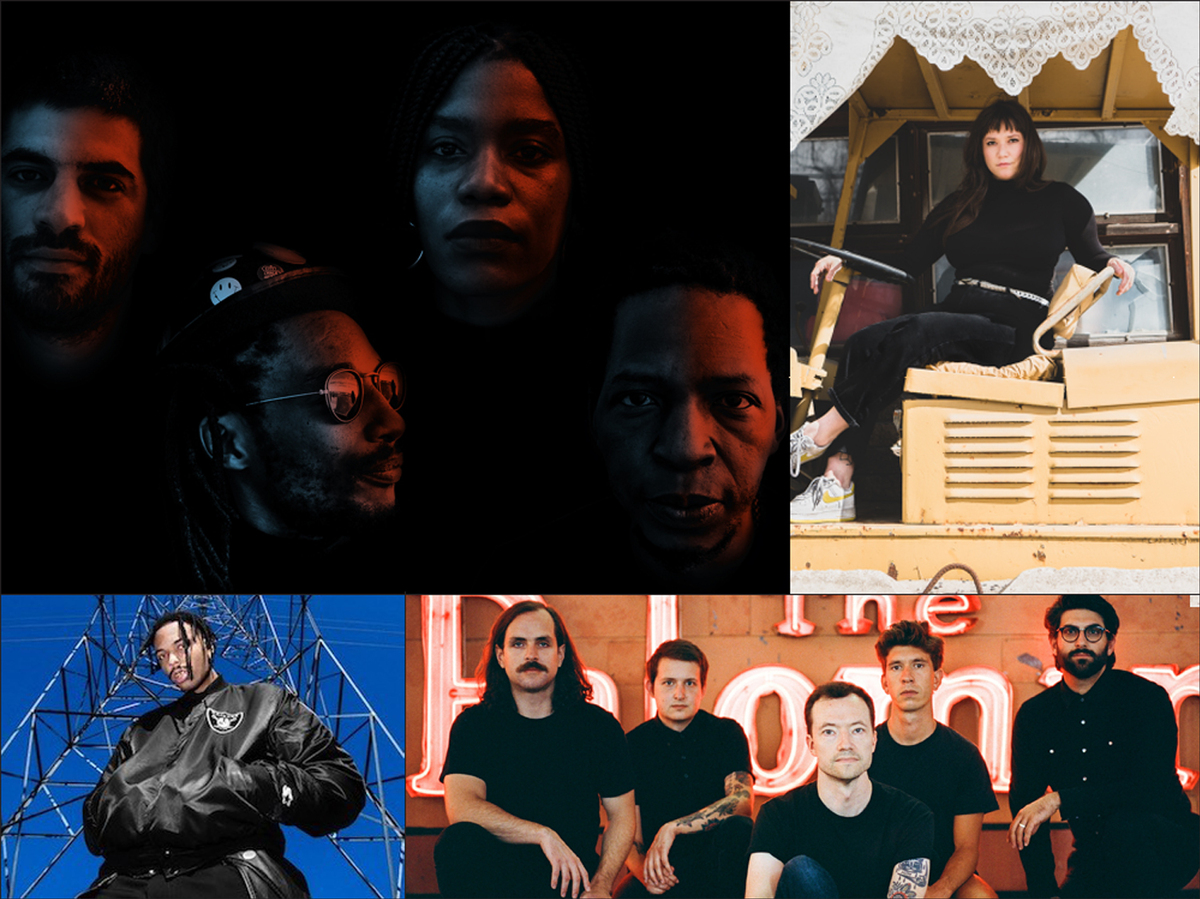 Jean Dawson's Pixel Bath is more experimental than anything we've heard from him before. He blends glitchy digital aesthetics with acoustic interludes and spiritual iconography in service of a powerful meditation on the constant struggle between boyhood and the masculinity that endangers it. Across the album, 24-year-old Dawson grapples with heavy subjects like the specter of death, often at the hands of the police or gun violence, yet he tempers that heaviness with a playfulness and joy. The result: reclaiming power from fear without simplifying or dismissing it. — Stefanie Fernández

Touché Amoré has always been that hardcore band that gets a little better with each album: the songs are tighter, the hooks more anthemic, the lyrics more searching. But was once a youthful pursuit has been aged with time; Lament, the band's fifth album, considers that wisdom, however broken, and offers 11 songs that leave you grasping for the mic, desperate to scream your solidarity. — Lars Gotrich

Wendy Eisenberg is an astoundingly skilled guitarist who brings a curious touch to a variety of styles, from mathy punk to jazz-trained improvisation. On Auto, they combine that exacting, technical knowledge with an avant-pop sensibility; it's an album filled with acrobatic guitar lines and snappy melodies that reflects on how we wrangle a coherent personal narrative from difficult experiences. — Marissa Lorusso

A Nashville singer-songwriter who left her music-biz publishing deal, Stephanie Lambring sings in a tender tone within country-ish arrangements that put her words first, and those words stand for chances taken. Autobiographical tracks allow Lambring to explore how she lost faith – in fundamentalist Christianity, conventional romance, Nashville's star-making system – and recovered herself. The more devastating songs on Autonomy paint familiar tragic scenes depicting the effects of religious hypocrisy, false beauty standards and other forms of casual cruelty with such specificity that they feel immediate and nearly unbearable. What lifts these stories beyond the maudlin is Lambring's thoughtfulness and clarity in going past the point of comfort to a place that demands the listener not just weep, but confront her own assumptions, the lies she tells herself. Speaking truth should feel uncomfortable, but ultimately freeing. And beautiful. Like this music. — Ann Powers

Xavier Omär: "Find Me" from If You Feel

I've known Xavier Omär to occupy that emo space in R&B — not too high, not too low. But with this album, he really flexes his range and not just vocally; he has some super diverse production choices. In the past, he's done a lot of work with Sango, but this time around he opened it up to other producers with beautiful results. If You Feel is concise; it's sequenced perfectly with great love songs. It's, without question, his best work to date. — Bobby Carter

I just discovered SPAZA from Johannesburg, South Africa. I completely missed the jazz band's self-titled debut album from last year, so I'm glad to have found UPRIZE! It's the soundtrack to a documentary about the June 1976 Soweto Uprising, a turning point in the fight against apartheid after a peaceful student protest erupted into a bloody clash with police. This music was recorded in 2016 in just three days during a scoring workshop for the film. The band improvised while watching only fragments of footage, projected on a wall in the living room where they recorded. The result was an unconventional, free and spirit-filled musical adventure that sounds exactly right for today. The opening song starts with a bow pulling long, lamenting, low notes across the strings of an upright bass. It's haunting, but soothing; when the diaphanous voices and layers of sound blend in, I think of the burdensome weight of 2020 in a healing kind of way. The music on this entire album is inspiring and intentional and just really beautiful. — Suraya Mohamed

The French pianist Bertrand Chamayou admits he's a night owl. So it's no surprise that his new album, Good Night!, is devoted to those mysterious nocturnal realms just before sleep arrives. Chamayou explores dusty corners of the repertoire to find some obscure lullabies, including one from the neglected 19th century female French composer Mélanie Bonis. There's a brand new piece on the album too, written by Bryce Dessner, a member of the band The National. It's a lovely, simple lullaby he wrote for his son, Octave. Warning, this just may help you drift off ... (So much better than Ambien!) — Tom Huizenga