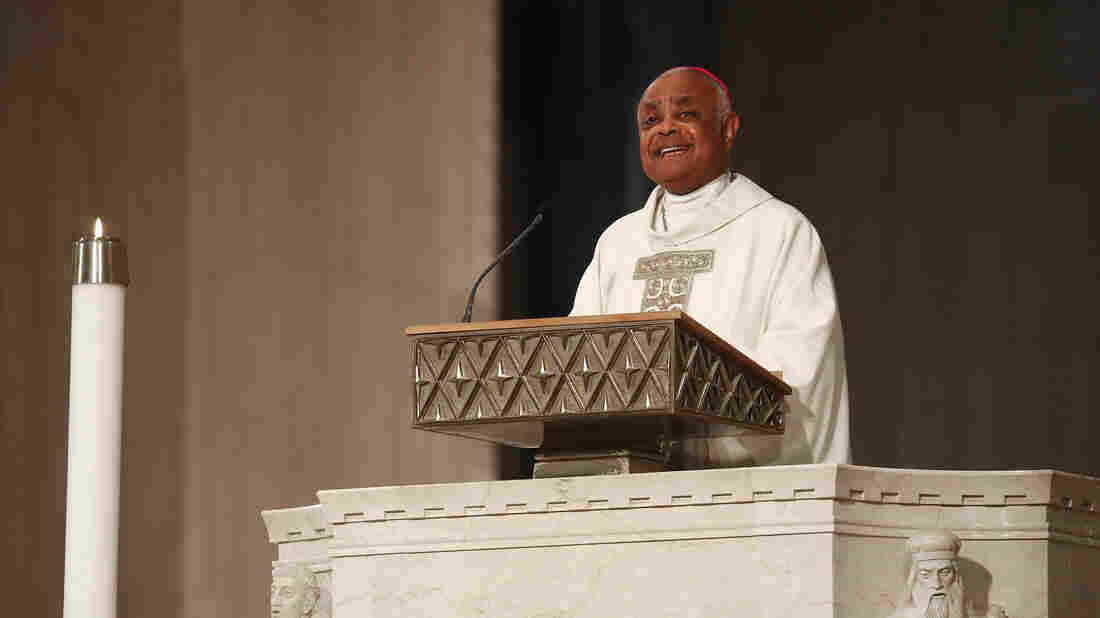 Archbishop of Washington Wilton D. Gregory delivers his homily at the National Shrine of the Immaculate Conception on May 21, 2019 in Washington, D.C. Pope Francis named Gregory as a future cardinal this week. Mark Wilson/Getty Images hide caption 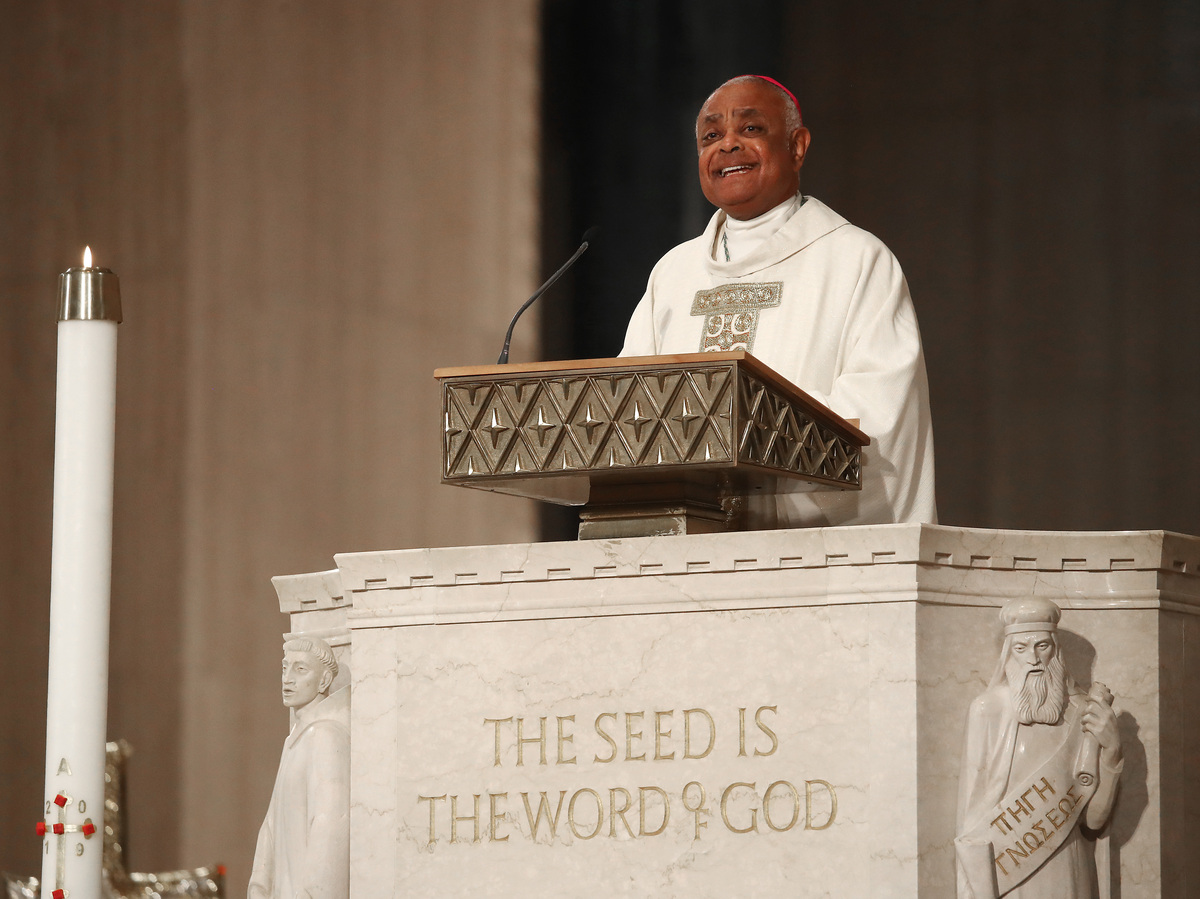 Archbishop of Washington Wilton D. Gregory delivers his homily at the National Shrine of the Immaculate Conception on May 21, 2019 in Washington, D.C. Pope Francis named Gregory as a future cardinal this week.

When Pope Francis named Archbishop Wilton Gregory as a future cardinal this week — making him the first Black American appointed as one — Gregory said he was "surprised" and "certainly deeply grateful."

Gregory, who currently serves as the archbishop of the Archdiocese of Washington, notes that he will be the first Black American cardinal in the Catholic Church, but not the first Black cardinal.

Church inclusivity "is part of our heritage," Gregory he tells NPR. "That's our nature: to be welcoming to cultures and to languages and to peoples throughout the globe."

He will be formally elevated to the position on Nov. 28.

Even before Pope Francis announced Gregory's cardinalship, Gregory had been in the news this summer, first by putting out statements condemning racism after the killings of Ahmaud Arbery and George Floyd, and later by criticizing the Saint John Paul II National Shrine in Washington for having President Trump visit. Trump went to the shrine a day after federal police cleared protesters with tear gas so Trump could pose with a Bible in front of St. John's Church near the White House.

"I find it baffling and reprehensible that any Catholic facility would allow itself to be so egregiously misused and manipulated in a fashion that violates our religious principles, which call us to defend the rights of all people even those with whom we might disagree," he said in a statement in June.

In an interview with NPR's Audie Cornish on Friday, Gregory reflected on the historic nature of his position, polarization in the U.S., the political issues that inform his work in the church and more. Interview highlights contain extended and Web-only questions and answers.

On presiding over a flock in Washington, D.C., and divisions among Catholic leadership

It's symbolic of the very divisive quality that seems to have captured our entire society, our nation. But I also have to say that in looking at the pastoral situation here in the Archdiocese of Washington, as I saw it in Atlanta, as I saw it in Belleville, as I lived it in Chicago, there are those who find reasons to be divisive racists. But there are also many, many good people who want to heal the divisions. So if we focus, and I try to be balanced in this, if we focus only on the conflict, the rhetoric, the racism, we will get a skewed impression of the whole community.

If you saw only the positive, you'd be accused of being Pollyanna; if you saw only the negative, you would be accused of being cynical. What I have to do as the archbishop is to encourage those who are working for racial and societal justice to carry on and to intensify. And I have to invite those who are negative and are clinging to racist attitudes from the past to set aside that vision of our church, our society, our nation.

My view is that I would much prefer that the bishops of the United States had used Pope Francis' more expansive description of the life issues, which begin with the respect and the reverence due human life within the womb. They begin with that.

But they also have to include the other dimensions of human life, which people who are there deserve our respect, people who are elderly and sick. Those advocating for euthanasia are violating a right to life. Those who denigrate the immigrant populations in their midst, they are violating a gift of human life. And so I wish that we had been more expansive, and so it would make sure that all people who are working for the dignity and the respect of human life felt that their concerns, beginning with life within the womb, but including all of those other moments, were included.

On the sexual abuse crisis within the Catholic Church

At that time [in the early 2000s], you will recall that the attention was that this was an American problem.

In the past two decades, we see it as not just an American problem. And so I think it involves the entire church to, as you rightfully suggest, to make sure that leadership is on the right page and that we can never reassign a cleric or another church worker who has been clearly identified as a perpetrator to have public access to young people.

Jason Fuller and Patrick Jarenwattananon produced and edited the audio version of this story. Christianna Silva adapted for the Web.