Accessibility links
On 'Uncivil War,' Blues Queen Shemekia Copeland Sets A Slave Ship Aflame The centerpiece of Copeland's latest album is a song born from the wreckage of the Clotilda — the last known slave ship to smuggle African captives to the United States. 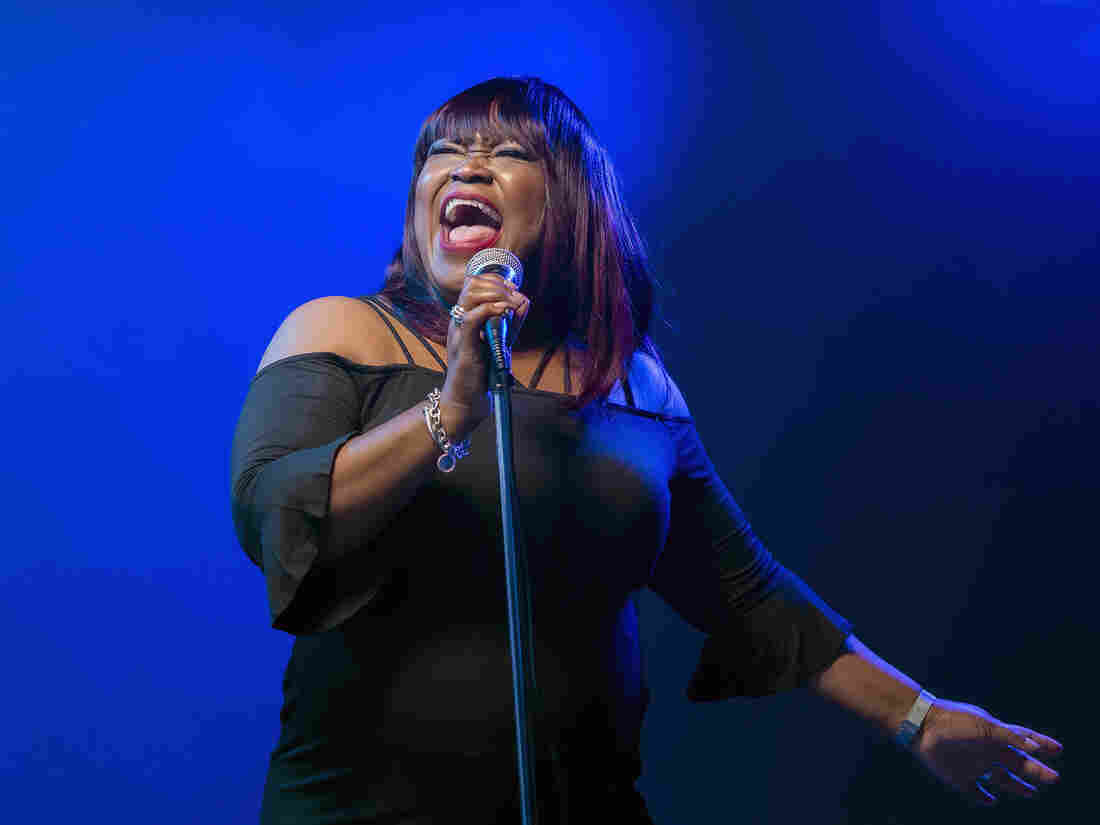 Blues singer Shemekia Copeland uses her new album, Uncivil War, to tell the story of the Clotilda — what's thought to be the last slave ship to smuggle African captives to American shores. Mike White/Courtesy of the artist hide caption 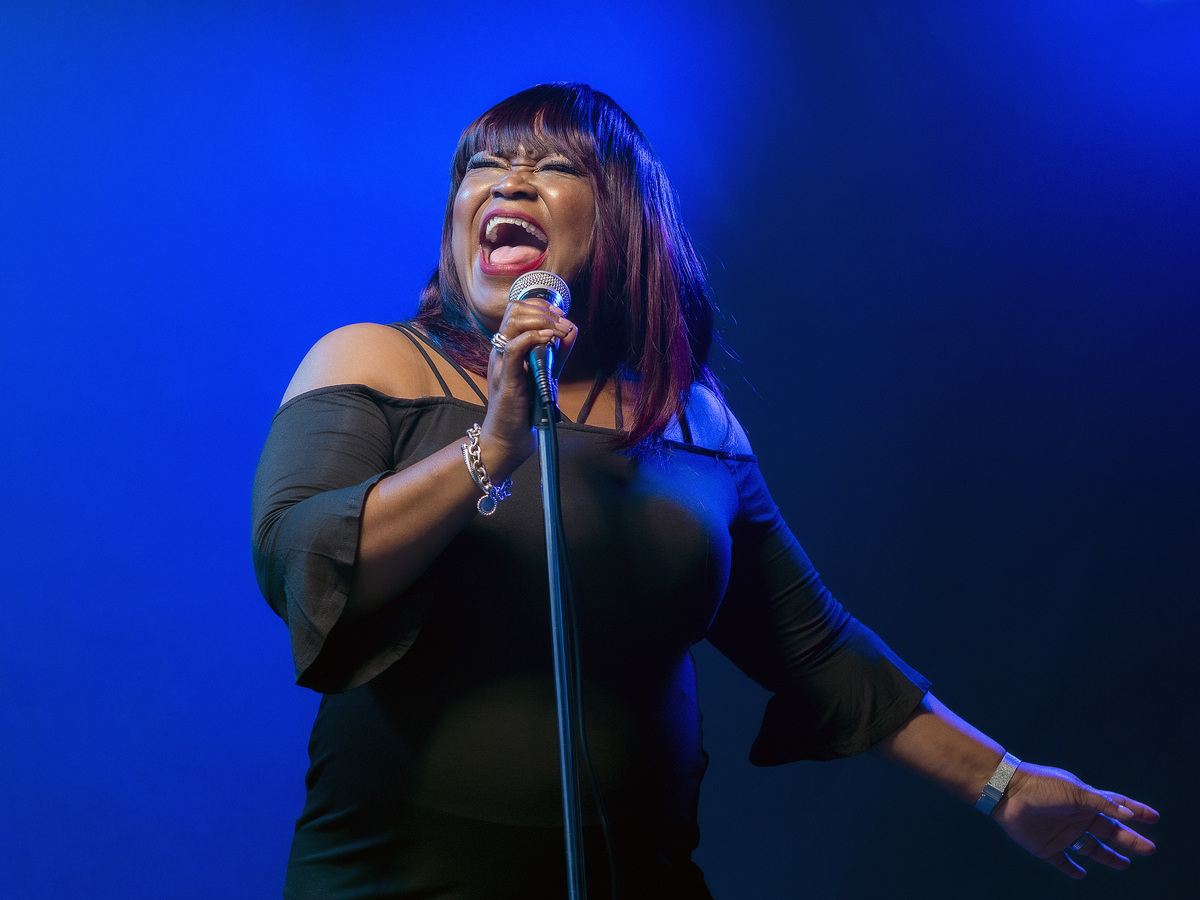 Blues singer Shemekia Copeland uses her new album, Uncivil War, to tell the story of the Clotilda — what's thought to be the last slave ship to smuggle African captives to American shores.

Mike White/Courtesy of the artist

On her new album, Uncivil War, blues singer Shemekia Copeland tells the story of what's thought to be the last slave ship to smuggle African captives to American shores, the Clotilda. On the centerpiece track, she sings:

She's coming for you, hear the chains rattle,
Turn you into a slave, another piece of chattel

The burned-out shipwreck of the Clotilda was discovered last year deep in an Alabama river, bringing new attention to the history. Now, Copeland's song "Clotilda's on Fire" explores the legacy of that voyage.

More than 50 years after the slave trade was outlawed in the U.S., plantation owner Timothy Meaher hired a ship captain to smuggle 110 kidnapped West Africans to Alabama. Copeland says this song is about embracing a part of American history that a lot of people would like to forget.

"History is not always pretty," she says. "But first, you must accept it and then you have to change it."

When the Clotilda returned, its captives were hidden in the swamps near Mobile Bay, and the wooden schooner was scuttled upriver and set afire to hide any evidence. No one was ever held to account.

"Slavery is something that we've been talking about culturally for a long time, and I've had many discussions about it," Copeland says. "But what gives me goose pimples, chicken skin, is the lyric, 'We're still living with her ghost.' " She says her goal was to draw attention to the Clotilda story — "let people know about what happened, what they did, what they tried to hide. And let them know that we're still dealing with this and we really shouldn't be in 2020."

The lyrics were written by her longtime manager and songwriter John Hahn, who first worked with her father, the late Texas bluesman Johnny Clyde Copeland.

"I'm so grateful. I tell you what, God always sets me up with who I need to be with," she says. "I've known John Hahn since I was 8 years old, and I'm completely convinced that he's just a reincarnation of an old black woman who had a whole lot to say and never got a chance to say it."

"Clotilda's on Fire" was set to music by Will Kimbrough, who produced the album. He describes the song as straightforward and driving, but notes that it avoids a traditional blues chord progression.

Since the Clotilda's shipwreck was discovered in the Mobile River last year, there's been a new focus on the community formed by its former captives. After emancipation, they worked to buy land and build a town — known as Africatown — on the outskirts of Mobile. They preserved African traditions, raised their families, started a school,and established a cemetery that faces east towards their homeland.

But Africatown has been in decline in recent decades. People and businesses have left. It's hemmed in by a paper mill, chemical plants,and oil storage tanks. The Clotilda Descendants Association is trying to revitalize the area and develop a museum to house artifacts and tell the story of the Clotilda.

Kimbrough, who is from Mobile, says he wanted "Clotilda's on Fire" to take their story beyond local folklore. "It's a powerful story," he says. "I like that it is an angry song about injustice, but a celebration of the how resilient people can be."

Kimbrough plays guitar on the record, and he recruited another Alabamian to play a solo – alt country star Jason Isbell.

"It's smoking guitar," Kimbrough says. "I love that we have the queen of the blues singing about the last slave ship bringing African people to be enslaved in America, with two Alabama boys playing behind her."

Isbell, for his part, welcomed the gig. "There's a duality for me when it comes to playing blues music, because the music itself carries so much weight and I have so much fun playing it," the artist says. "That, to me is kind of the apex of what popular music can do."

Isbell says the song is coming at the right time, as the nation confronts the very meaning of social justice.

"I think we're going to have to figure out how to all get on the same page, because some people still deny the fact that systemic racism exists and that's beyond me," says Isbell. "I don't understand how you can look around and deny that we're still feeling the effects of slavery."

The title track on Uncivil War also speaks to today's climate, and is Copeland's way of confronting what she describes as the ugliness that she's seen flourish in American society. "How long must we fight this uncivil war?" she sings. "The same old wounds we opened before / Nobody wins an uncivil war."

"You know, being angry doesn't do us any justice," Copeland says. "I spent my time being angry and pissed off and mad about it. But at the end of the day, you know, that just doesn't help anything."

Copeland says her goal is to help bring people together, and "remind us who we are." She clings to the hope that America can do better.

"That is what this album is all about," she says. "How long must we fight?"

This story was produced for broadcast and adapted for the Web by Tom Cole.