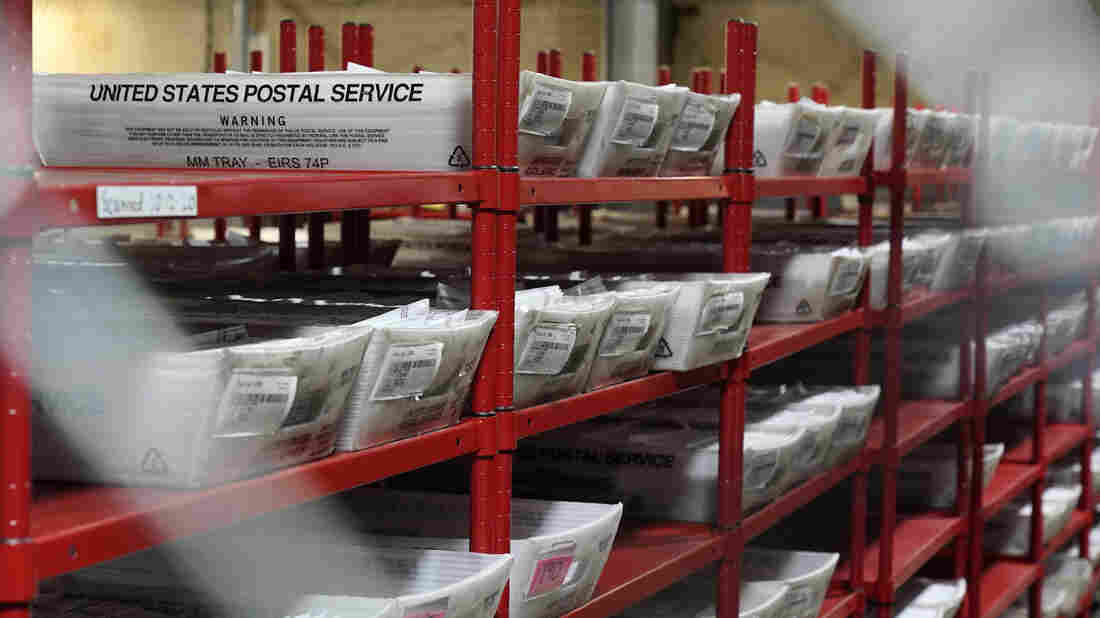 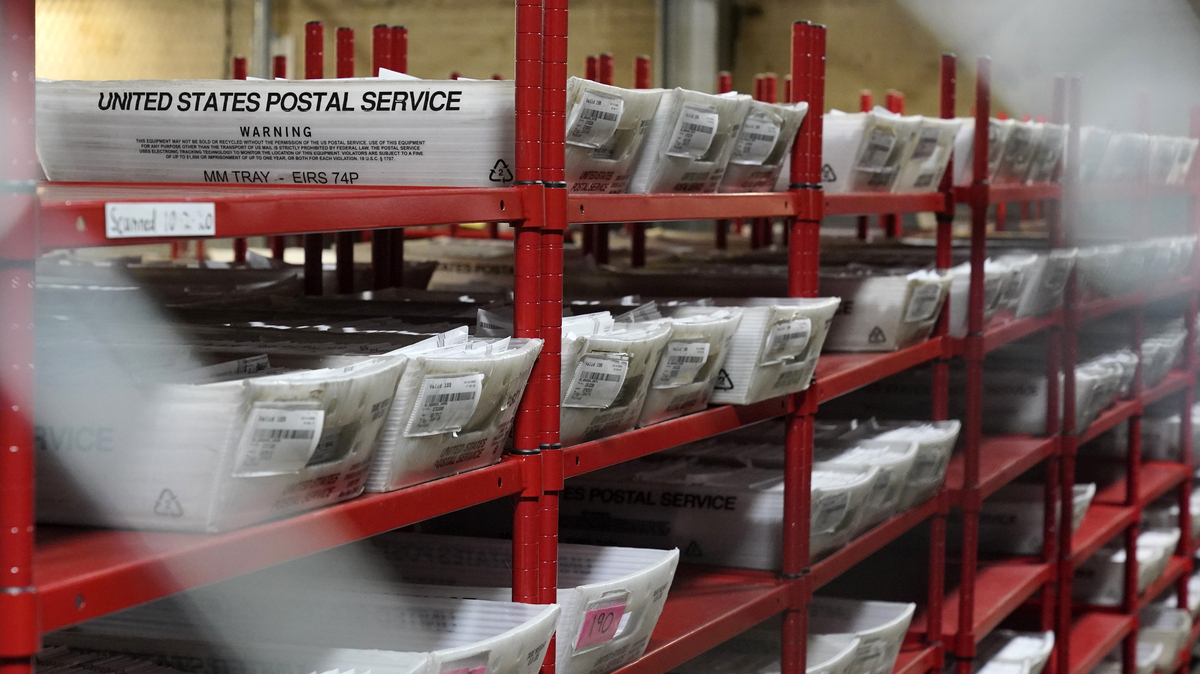 The U.S. Postal Service says it has processed and delivered 122 million mail-in ballots.

With Election Day deadlines to receive mail-in ballots for many states around the corner, data show the U.S. Postal Service continues to struggle to meet its own criteria for on-time delivery of first-class mail.

In a filing with the U.S. District Court in Washington, D.C., the Postal Service reported that while first-class mail was delivered between one and three days nationwide at a rate of 88.8% on Oct. 29, in several key areas it was significantly below those levels.

In the pivotal state of Pennsylvania, a state seen as key to both President Trump and Democrat Joe Biden's election, the on-time rate was 55.82% in metropolitan Philadelphia.

In the filing, the Postal Service says "the data does not produce accurate, reliable information, as it is incomplete, subject to change, and overall, is not an accurate representation of the Postal Service's performance."

After becoming postmaster general, Louis DeJoy, a high-dollar donor to Republicans including Trump, instituted a number of service changes that critics charge slowed mail deliveries. The Postal Service says it has stopped those measures, including the removal of distribution machines, sidewalk mail boxes and other actions, until after the election. A series of court rulings ordered similar steps.

The Postal Service says it has processed and delivered 122 million election ballots, and that since Oct. 1, the average time of delivery for first-class mail, including ballots, was "2.5 days with 97.5% of all measured first-class mail delivered within five days across the country."

In a statement issued Thursday, saying the "mail is moving," Kristin Seaver, chief retail and delivery officer of the Postal Service, said the agency has implemented "extraordinary measures to advance and expedite the delivery of the nation's ballots. These efforts include extra pick-ups, extra deliveries, and delivery units running regular collections on Sunday. From today through Sunday, local carriers will be stopping at and checking every residential mailbox for outbound mail, including ballots."