Accessibility links
Nearly 100,000 New COVID-19 Cases Reported In 1 Day The surge is particularly acute in the Midwest and Great Plains. Health experts say the increase is being driven in large part by people who don't exhibit any symptoms. 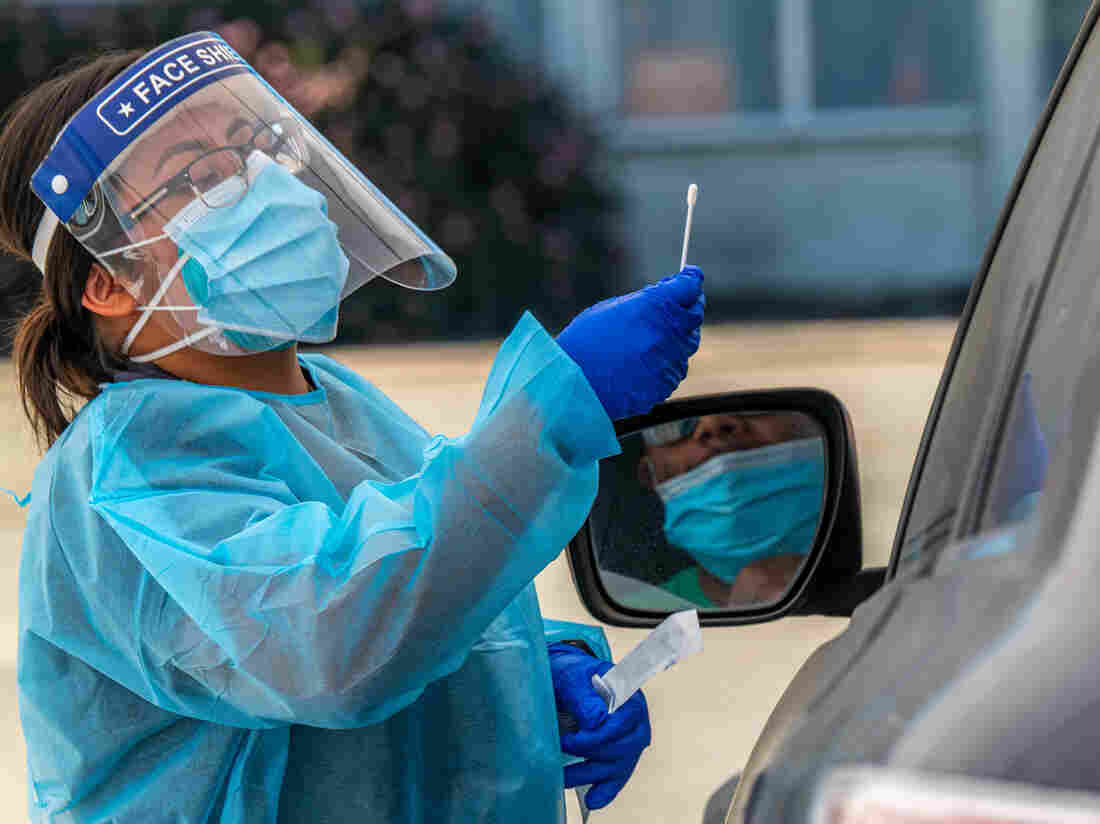 A medical worker administers a rapid COVID-19 test in Oakland, Calif., earlier this month. Coronavirus cases are once again surging across much of the country, reaching almost 100,000 on Friday. Bloomberg via Getty Images hide caption 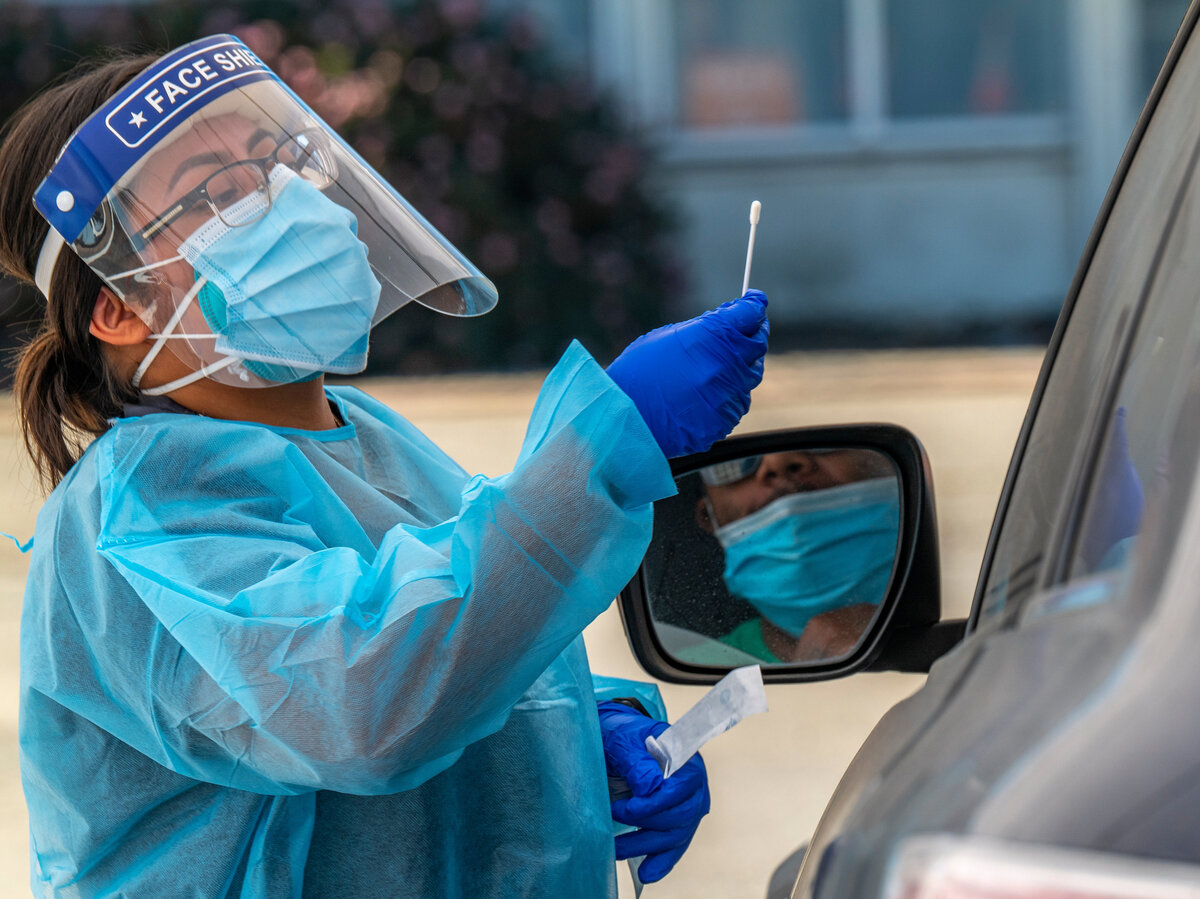 A medical worker administers a rapid COVID-19 test in Oakland, Calif., earlier this month. Coronavirus cases are once again surging across much of the country, reaching almost 100,000 on Friday.

The U.S. is edging ever closer to 100,000 new daily cases of the coronavirus. According to data released Saturday by Johns Hopkins University, the country added 99,321 cases and 1,030 deaths to its tally on Friday.

It's the greatest single-day increase of the pandemic so far — a sentence likely to be repeated in the coming weeks as the U.S. experiences a third surge in infections that's expected to dwarf the previous two. Experts have long warned of a devastating increase with the changing of the seasons, as colder weather forces a pandemic-weary public inside and social distancing restrictions become harder to enforce.

Health experts say the current increase is being driven in large part by people who don't have any symptoms. It's a "silent epidemic," Dr. Robert Redfield, director of the Centers for Disease Control and Prevention, told the SiriusXM show Doctor Radio Reports on Friday, according to CNN.

The Dakotas are faring particularly poorly. South Dakota is currently seeing some of the fastest growth in the country, with cases up 61% from two weeks ago. Over the past seven days, the state has been averaging 994 new cases per day.

South Dakota has no mask requirement, and its governor has opposed mandating them.

"Those who don't want to wear a mask shouldn't be shamed into wearing one," South Dakota Gov. Kristi Noem wrote earlier this month. "And government should not mandate it."

North Dakota, Iowa and Wisconsin also reported record cases Friday. Cases are up across much of the Midwest, which could have implications for Tuesday's presidential election as key battleground states struggle to contain the virus.

In Wisconsin, more than 20,000 people tested positive over the past week and nearly 200 died, according to the Milwaukee Journal Sentinel. Four years ago, the state went to Donald Trump. This year, Democratic nominee Joe Biden currently has a more than six-point lead in the polls, according to the Real Clear Politics polling average.

"Donald Trump waved the white flag, surrendered to the virus," a masked Biden said at a campaign rally in Wisconsin on Friday, echoing statements he has made in several states along the campaign trail. "But the American people don't give up. We don't give in. Unlike Donald Trump, we're not going to surrender to this virus."

At another rally in Wisconsin on Friday, President Trump said the country is "rounding the turn" and promised a vaccine was on its way. As he campaigned from Pennsylvania on Saturday, the nation crossed the tragic toll of more than 230,000 deaths.

Halloween could pose additional dangers. The CDC cautions against "higher-risk activities" such as traditional door-to-door trick-or-treating, crowded indoor costume parties, haunted houses and hayrides with people outside your household. And costume masks are generally no substitute for cloth masks, unless they're made of multiple layers of fabric that entirely cover your mouth and nose, the CDC says.

But a "virtual Halloween costume contest" is just fine, the agency says.