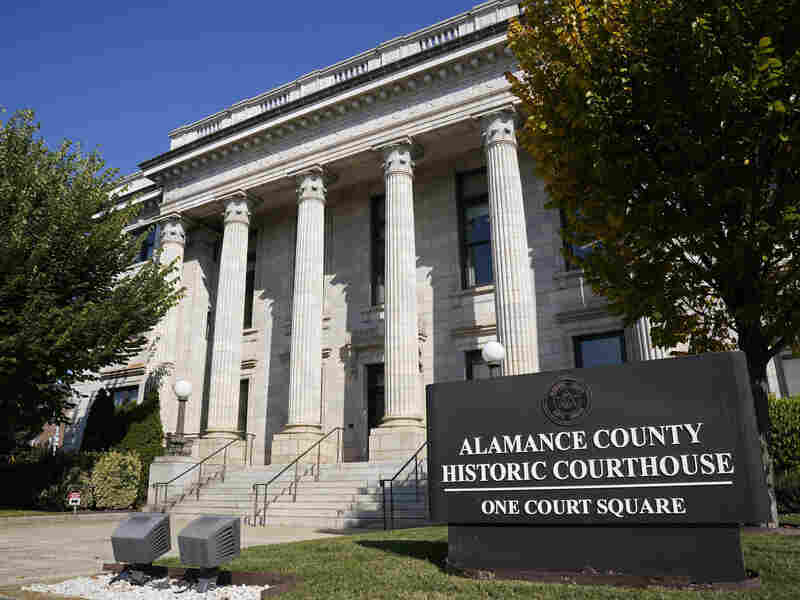 Police in Graham, N.C., used pepper spray and made several arrests at a rally to drive voter turnout at the city's Court Square, pictured above. Gerry Broome/AP hide caption 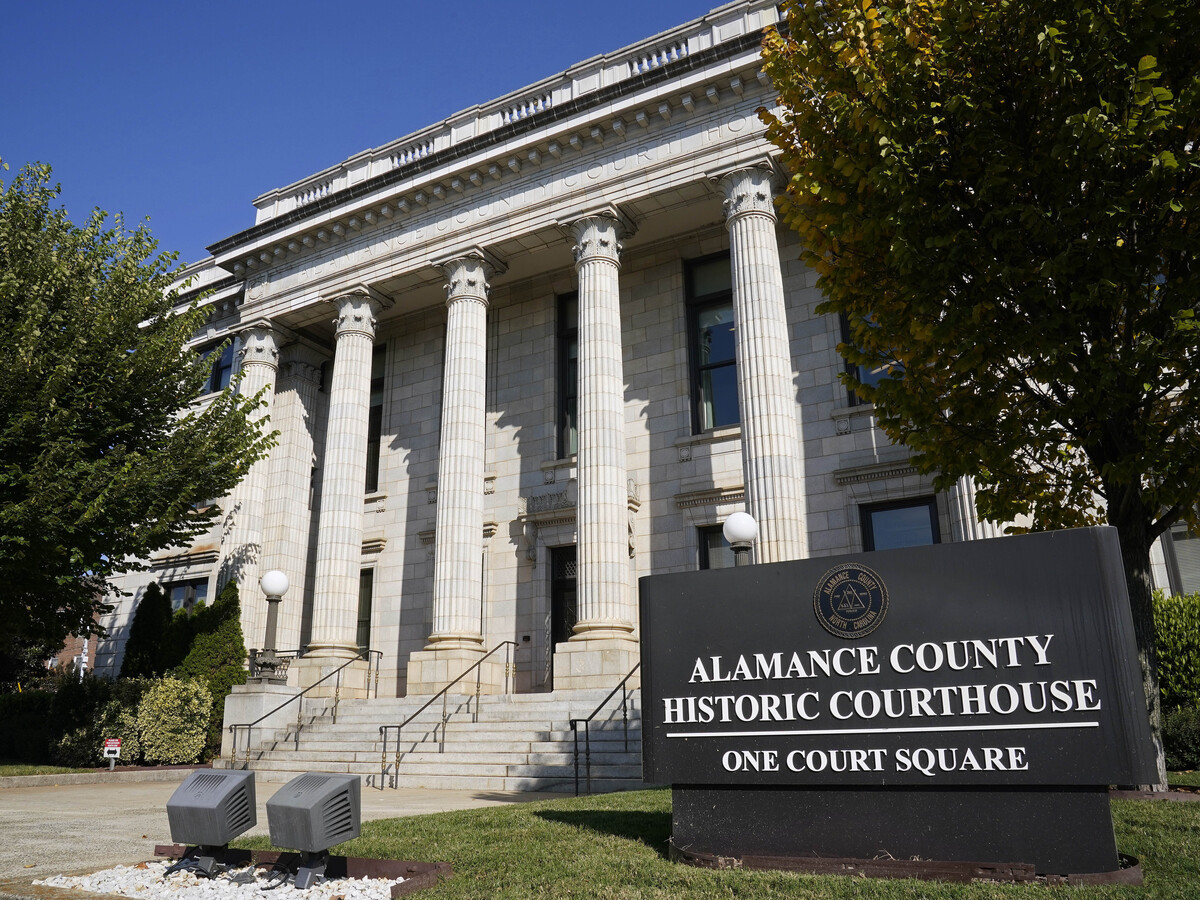 Police in Graham, N.C., used pepper spray and made several arrests at a rally to drive voter turnout at the city's Court Square, pictured above.

Police in Graham, N.C., moved in on a march and rally to drive voter turnout, using pepper spray and making several arrests on the state's last day of early voting.

According to video, police and participants, deputies with the Alamance County Sheriff's Office and Graham police officers twice used pepper spray on the "I Am Change" march to the polls.

Participants and organizers say they had proper permits for Saturday's event, which marched from Wayman's Chapel AME Church to a rally at the city's Court Square. Following the rally, organizers had then planned to lead the some 200 marchers to a nearby polling place.

Along the way, marchers led by organizer the Rev. Greg Drumwright stopped for a nearly nine minute long silence in memory of George Floyd, the Black man who was killed after a white police officer kept a knee on his neck for that span of time.

It was shortly after that moment of silence that the first confrontation occurred, according to march participant Amy Cooper. Cooper says that police then began ordering marchers to remain on the sidewalk.

"They said they were clearing the downtown area of Graham, it was shut down and people weren't allowed to be in the streets," Cooper told NPR. Cooper says shortly after that police began to pepper spray.

Video streaming from Drumwright's Facebook page shows participants crowded on the sidewalk, with Drumwright leading people to a stage built for the speaker portion of the event.

During that part a man is heard angrily saying "they're pepper spraying children."

Later on, at the stage, Drumwright stops speaking to acknowledge a something happening just out of frame.

Sylvester Allen Jr., an activist in Alamance County, says police had attempted to take a generator being used by people speaking.

"The whole point was to rally and go to the voter polls," Allen told NPR. "They wanted to send a message that we don't have any power."

Reporter Rusty Jacobs with member station WUNC tweeted that at one point, police had said the permitted march was an unlawful assembly and ordered people out of the streets. Jacobs noted that officers began making arrests.

The Graham Police Department says it arrested eight people. One of those arrested was Drumwright, who says he was charged with failure to disperse on command.

Speaking to NPR's All Things Considered, Drumwright said they had worked with authorities in getting the march together.

"We were to leave that rally in just a few more minutes and head to the polls. This is something that we have worked on for the greater part of this month with the law enforcement agencies," Drumwright told NPR.

The also justified the use of pepper spray, saying law enforcement officers issued several warnings to clear the road beforehand.

"As a result of actions that occurred within the rally, on courthouse grounds, the assembly reached a level of conduct that led to the rally being deemed unsafe and unlawful by unified command," the statement said.

The Alamance County Sherriff could not be reached for comment.

Drumwright contends participants were not in the road but on the sidewalk when police began using pepper spray.

When asked if he thought this was an effort to suppress the vote, Drumwright said, "I cannot say that that was what it was, but I can say that's what happened. There are people that did not get to vote today because they ended up in jail."