Accessibility links
Pandemic Raises Special Concerns For Those With Obsessive Compulsive Disorder People with obsessive-compulsive disorder are experiencing unique challenges during the coronavirus pandemic. But they can also offer valuable insights into coping with pandemic-induced anxiety.

Listen · 3:57 3:57
Pandemic Raises Special Concerns For Those With Obsessive-Compulsive Disorder 3:57 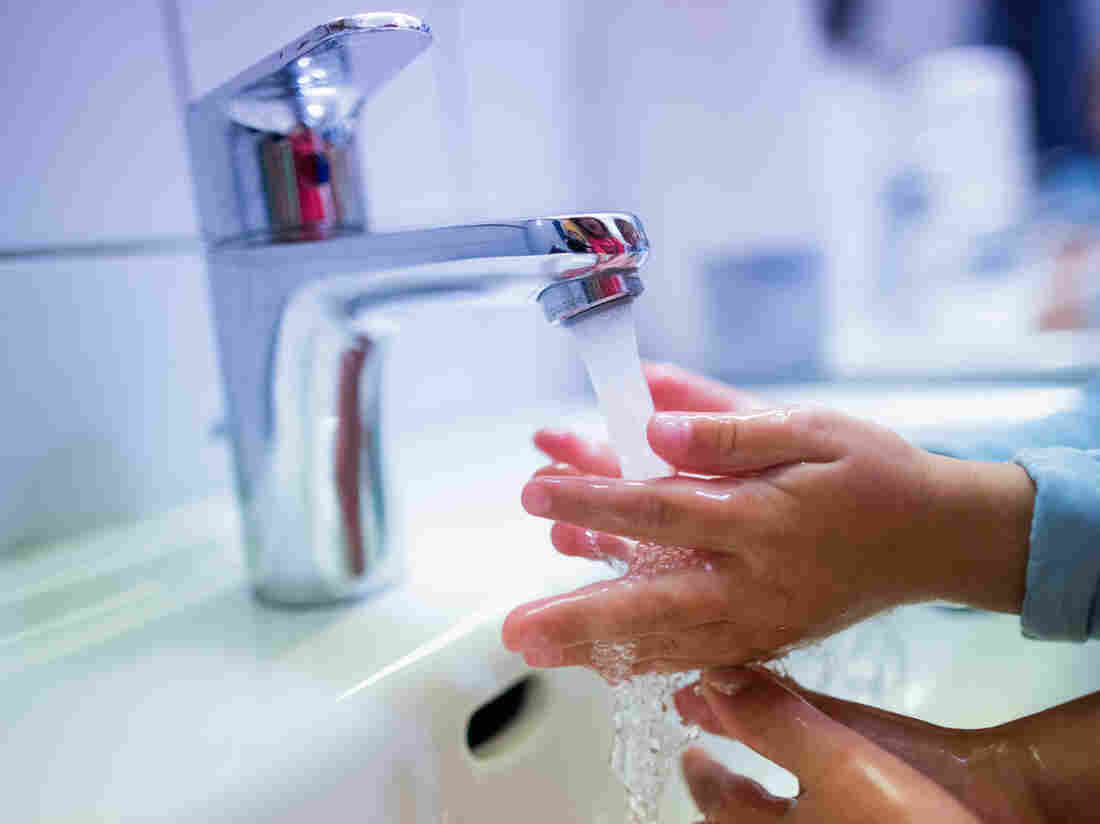 Public health officials urge people to wash their hands more often during the pandemic. That can be a problem for people with Obsessive-compulsive disorder, who are trying to reduce such habits. Dpa/Picture Alliance via Getty hide caption 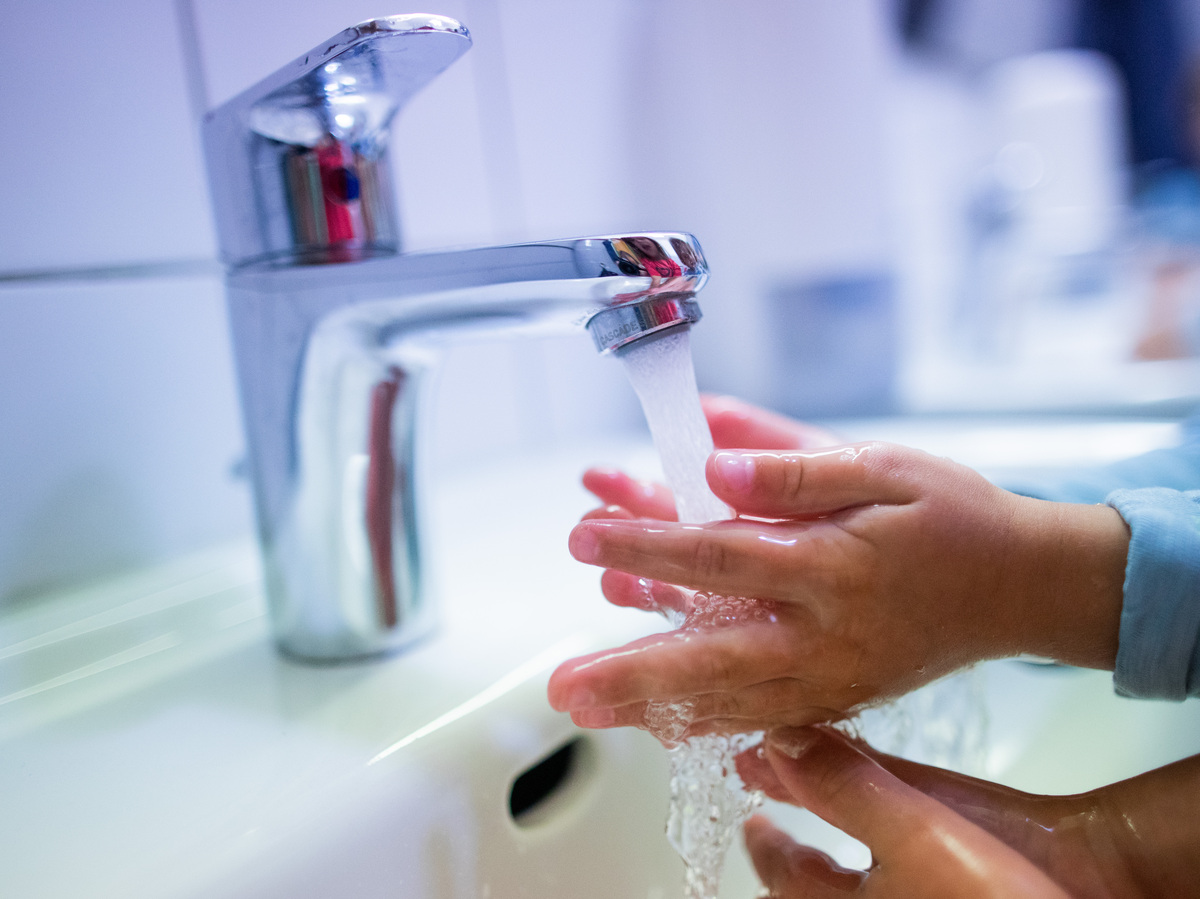 Public health officials urge people to wash their hands more often during the pandemic. That can be a problem for people with Obsessive-compulsive disorder, who are trying to reduce such habits.

Because of a traumatic experience, Justin Keyes has been dealing with obsessive-compulsive disorder for a decade. For him, that has meant, in part, washing his hands.

"Like, I'm constantly getting up from my desk at work to go wash my hands," Keyes said. "I keep Clorox cleaning wipes in my bottom drawer, and I'm constantly cleaning things."

It got so bad that, at one point, Keyes got rid of all the soap in his apartment to break the habit. That worked. But then came the pandemic, when all of us are supposed to be washing our hands more.

Mental health experts are worried about what the coming winter could hold as the pandemic stretches on, and socializing outdoors becomes impossible. For those with obsessive-compulsive disorder, COVID-19 brings extra challenges, but also some lessons about dealing with anxiety.

This one time, Justin Keyes came in from the grocery store, washed his hands, and then brushed against the doorframe.

"There was no reason that anything COVID or anything else would be on that door frame," he said, "but OCD tells me, like, 'I need to wash my hands,' and before I know it, that compulsive behavior kicks in and my hands are in the sink and I'm washing my hands again."

Hand-Washing Can Protect You From Coronavirus. But You Need To Do It Right

People with OCD often develop compulsions — those are rituals or repeated behaviors — that they use to soothe themselves when obsessions — or unwanted, repeated thoughts — pop into their brains.

Travis Osborne is a psychologist who specializes in OCD.

When the pandemic started, he said, "It definitely made me feel really sad and concerned for some of my clients with OCD — because I just knew that, for some of them, this is going to create more work."

Because of the pandemic, we're all more on edge. But Osborne said that's different from having an anxiety disorder. For people with OCD, their self-soothing rituals take time and interfere with their daily lives.

"We're really trying to help people limit the amount of new ritualizing that they're developing because of this," he said, "so that, at the end of this, they don't have a whole bunch more symptoms to tackle that they didn't have before."

Multiple studies have shown that the pandemic is exacerbating the symptoms of some people with OCD.

At the same time, some of Osborne's clients have told him, "I feel like I've been training for this my whole life, and I feel like I'm actually doing better than people around me who don't have OCD" — because their therapy has been about understanding and coping with their anxiety.

Chance Kennedy has OCD, and he said some of his obsessions have gotten much worse during the pandemic. That's because his unwanted, repeated thoughts have to do with his wife and one-year-old son being hurt in some way.

"And so, now, two of my biggest triggers — I'm around them 24 hours a day," he said — because, like so many others, he's working from home.

"There were a good probably three weeks where I couldn't shut my brain off as far as making sure they were taken care of," he said. "I couldn't calm that. I couldn't fight it."

To cope, Kennedy has developed a new habit: He inspects his lawn to make sure it's watered and trimmed and looking nice.

"I have to go out and I check it three, four, five, six times a day," he said, "even though I've already checked it today: Well, what about that spot over there? Should I check that? I need to check that."

That ritual soothes his anxiety.

In therapy, Kennedy's working on not allowing his worries to become debilitating.

Justin Keyes, who washes his hands, has been in therapy longer. It's helped him learn to accept uncertainty.

"You're acknowledging the uncomfortable feelings that you're feeling," he said. "You're letting them be and letting your body, like, naturally calm down from that anxiety."

Acknowledging anxiety and learning to live with it is a useful skill for everyone, especially during a pandemic.