Accessibility links
Literature In Translation Roundup Fall 2020 As fall draws in, our literature in translation specialist has rounded up two novels and two story collections that will help you take a brief vacation from this world — and return re-energized.

In a recent issue of n+1, contributor Nausicaa Renner formally renounced reading essays about coronavirus. Until quarantine ends, she wrote, "I vow to only read fiction. For me, the well of individual experience has run dry." For me, though, reading fiction is no guarantee of release from my anxieties about health and country. Nor do I always want that release. But when I do, I turn to fiction that lives at least a little bit outside the realm of the possible. The two story collections and two novels below, arranged from least to most otherworldly, have guided me away from my concerns — and then helped me return, re-energized. 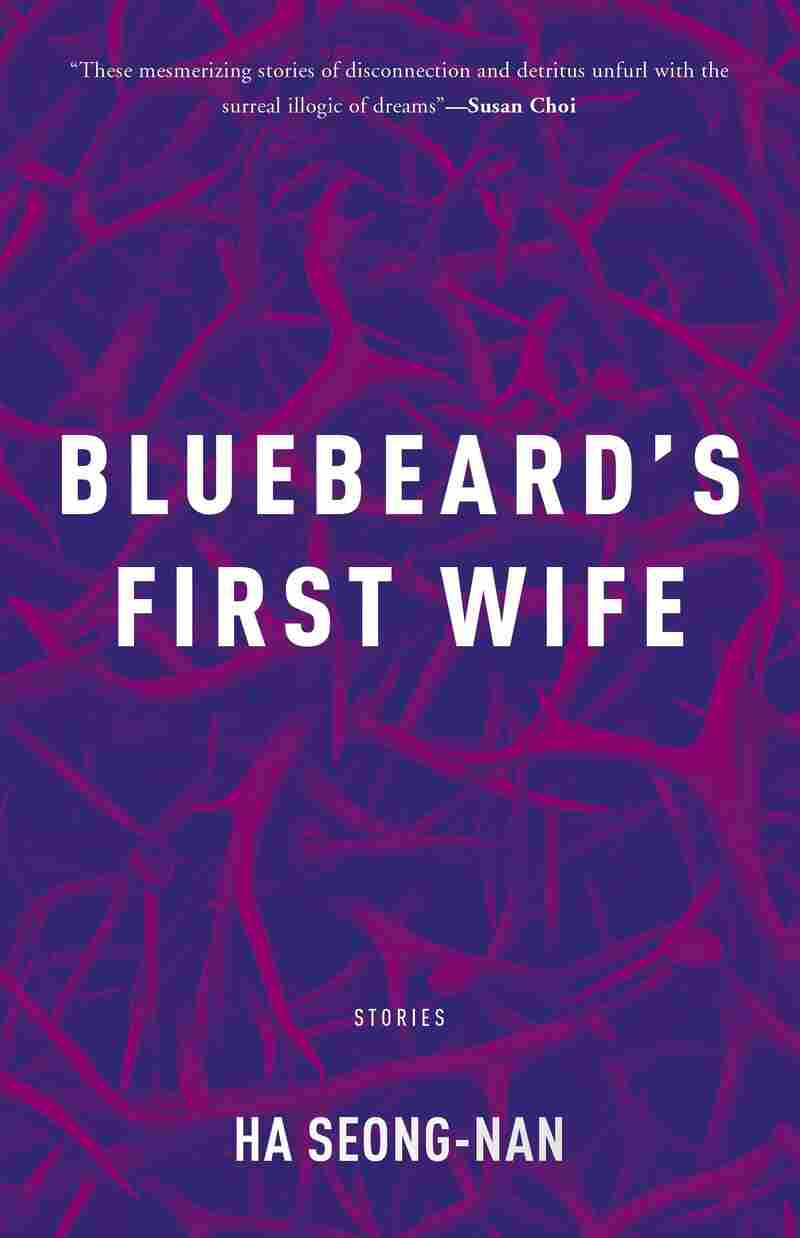 The stories in Bluebeard's First Wife, which is Korean literary star Ha Seong-nan's second collection to appear in English, skate on the edge of fairytale. Some communicate directly with a familiar story, like "Bluebeard's First Wife" or "A Quiet Night," in which a frustrated man threatens to lead his neighbors' noisy kids out of town like the Pied Piper. But Ha's writing derives its strength not from updating or subverting known tropes, but from her ability to create — and Hong's ability to translate — an atmosphere so sinister it becomes impossible to tell the innocuous from the dangerous, the supernatural from the mundane. "A Star-Shaped Stain" might or might not be a ghost story; "Night Poaching" might or might not feature a man who turns into a deer, and in the profoundly upsetting "Flies," a small-town cop either degenerates into alcoholism or gets somehow bewitched. Ha writes with keen social awareness, consistently meshing feminism with class criticism; her stories often focus on middle- and working-class women "so tired [they don't] even have time to dream." Her protagonists' exhaustion and frustration work in tandem with her spooky prose, ultimately reminding readers that our world can be as dark as any fairytale. 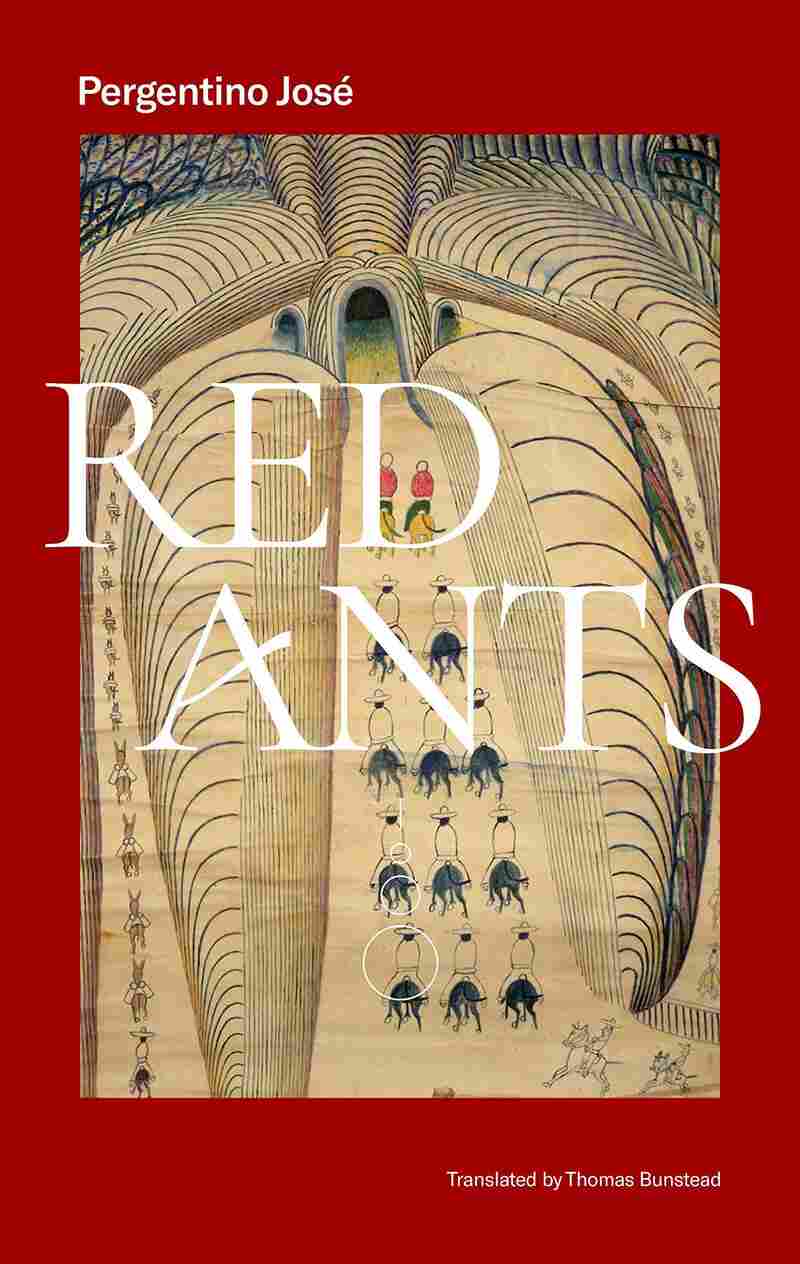 In "From Inside," the first story in the Sierra Zapotec writer Pergentino José's dark and remarkable collection Red Ants, the narrator never quite admits that he's dead, but the reader can tell. In "Not to You," a single death seems to migrate between characters. Mortality appears on nearly every page of Red Ants, as does political and environmental injustice. The decimation of bamboo forests to make way for exploitative coffee farming is a recurring theme, and many of the collection's characters are Zapotec speakers pushed from their homes (Red Ants is the first literary translation from Zapotec, and, smartly, Bunstead leaves some of the original language intact). But Red Ants' overwhelming mood is not sorrow or anger, rather, it's an unsettling wonder. José slides expertly between the natural, human, and supernatural worlds, mixing realms until neither reader nor character knows or cares which one we're in.

The Aunt Who Wouldn't Die, by Shirshendu Mukhopadhyay, translated by Arunava Sinha 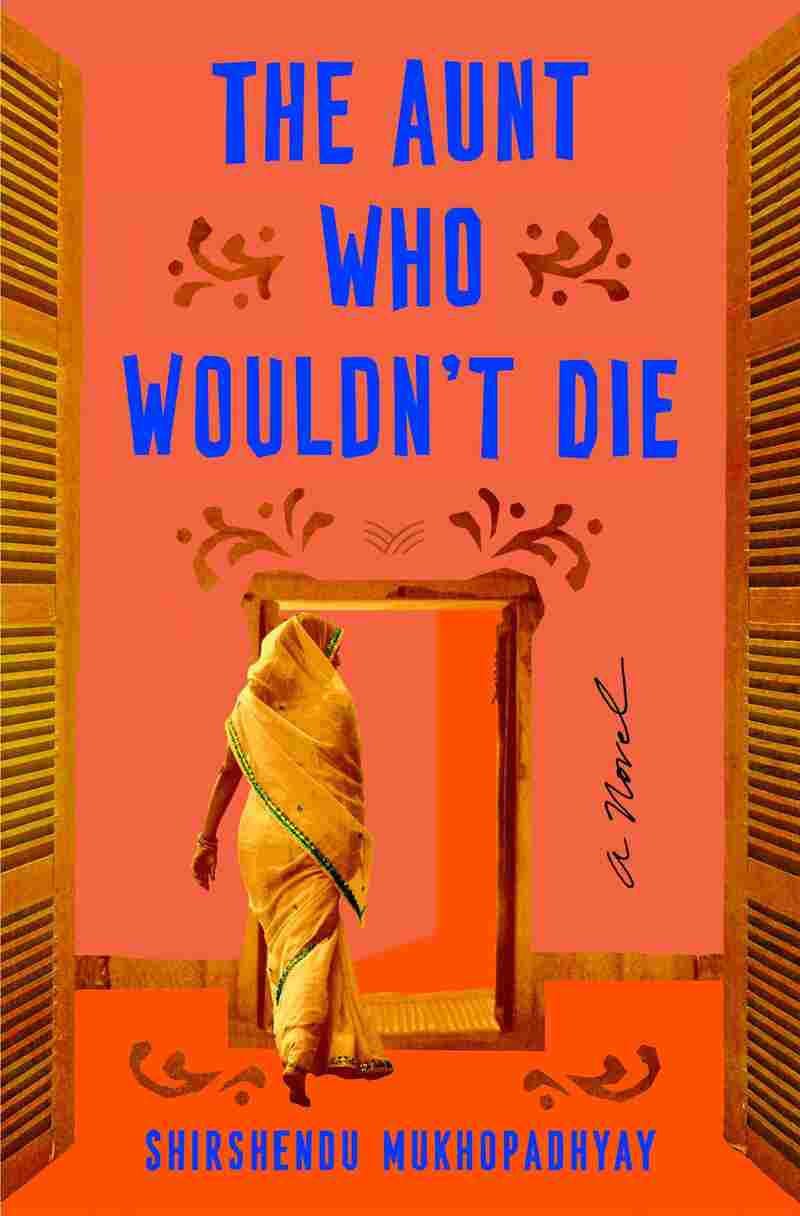 Shirshendu Mukhopadhyay's The Aunt Who Wouldn't Die is a contemporary Bengali classic, much-loved and adapted into a movie in 2013. This translation, the first to appear in the United States, is quite clumsy, but even rocky sentences and questionable word choices can't fully obstruct Mukhopadhyay's sweetly rollicking story, in which a young bride, Somlata, gets haunted by her husband's bitter, sex-starved, foul-mouthed aunt Pishima. Ghost aside, the setup is pure Austen: Somlata is living with her husband's family, once-wealthy landowners who have fallen on hard times but are devoted to appearances. In part to spite Pishima, who wants her marriage to fail, Somlata rallies the "worthless and idle-brained men" around her, turning her in-laws into contributing members of society. In the process, she proves that one "ordinary woman," haunted or not, is more powerful than generations of men — though Pishima still gets the last laugh. 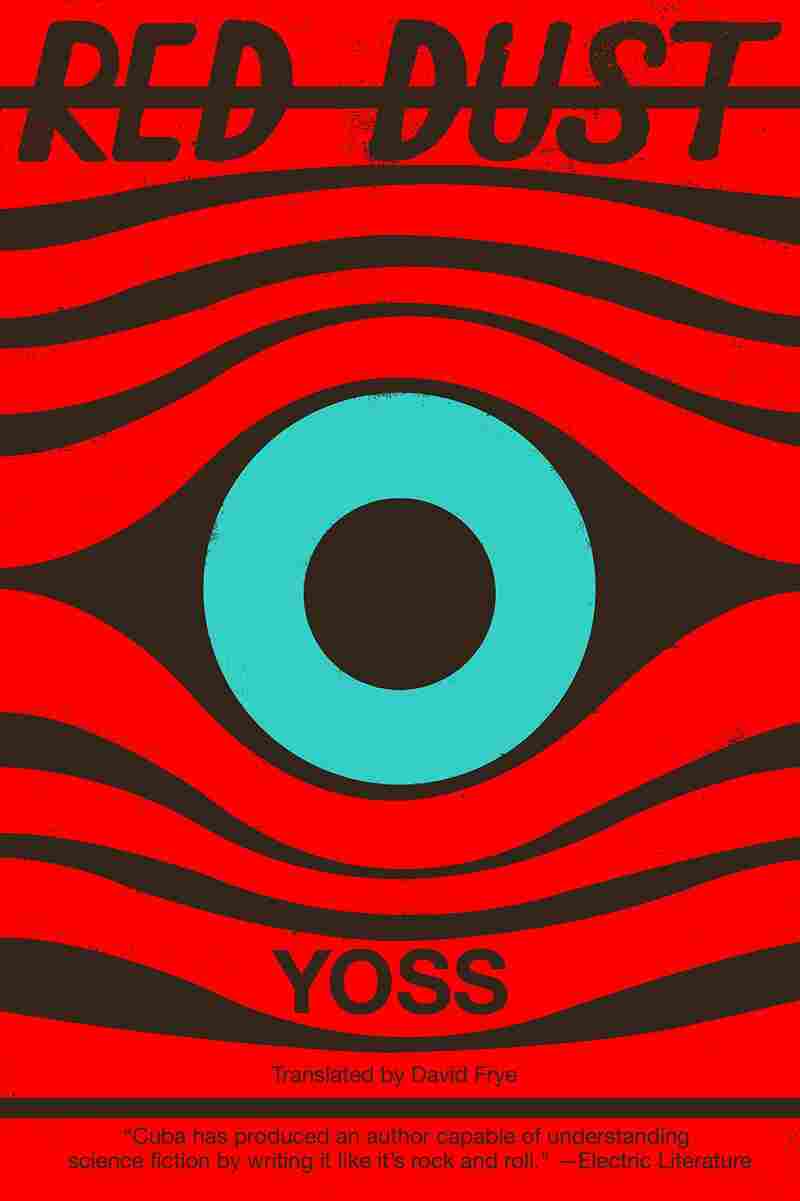 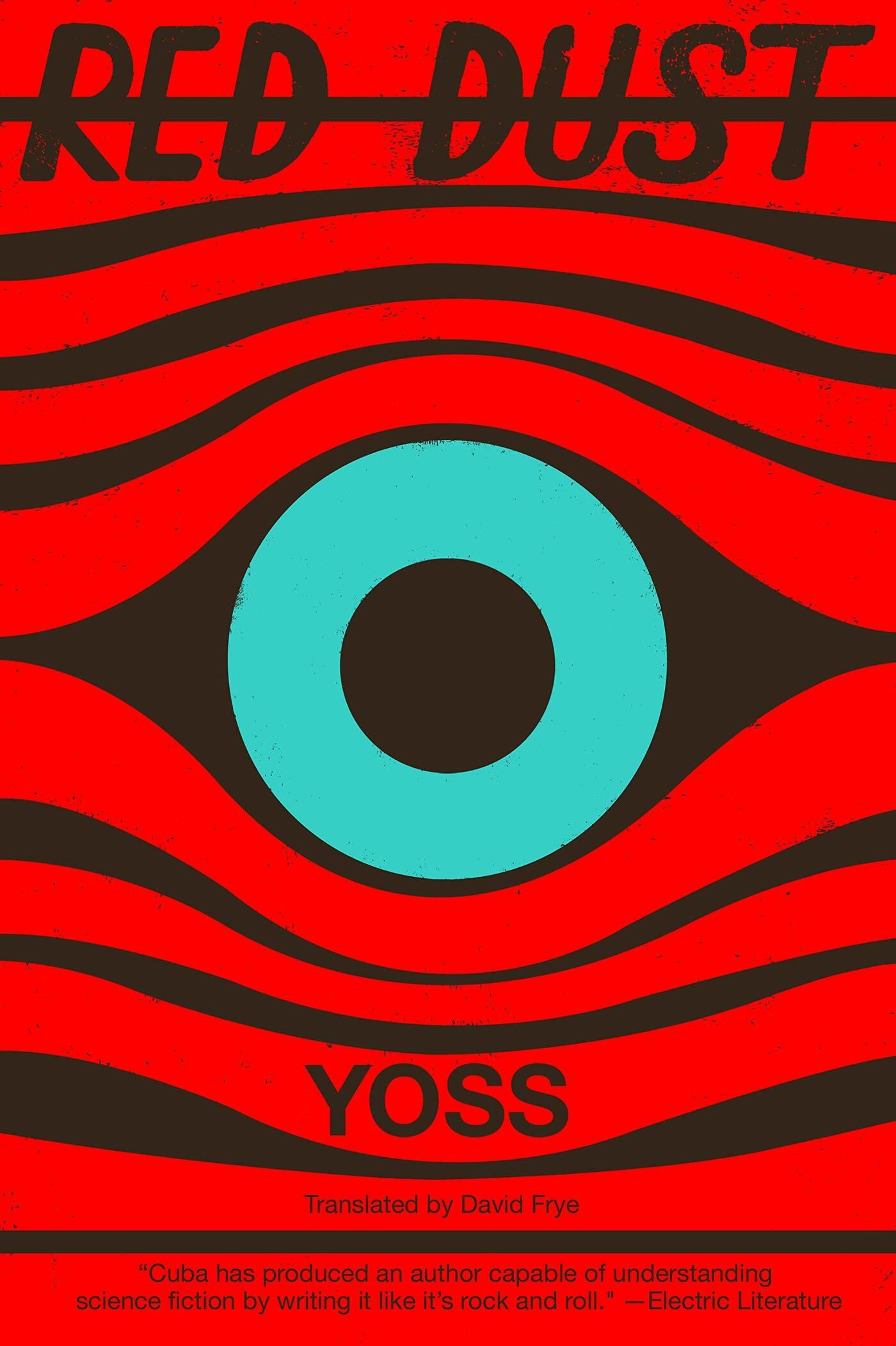 The Cuban science fiction writer Yoss is what my grandfather would have called a one-er: a combination heavy metal singer, political dissident, sci-fi advocate, and, apparently, lover of hardboiled detective fiction. Red Dust, his fourth novel to appear in English, is an explicit homage to Raymond Chandler. The narrator, Raymond, is a robot cop charged with capturing a dangerous intergalactic criminal, aided — of course — by a gutter-mouthed, lovable human sidekick. For science fiction fans, there are alien "big bosses," psychic duels, and, of course, Raymond himself, a robot with independent thoughts and feelings, a soft spot for humans, and an extra-soft spot for the writer he calls "My Chandler." For readers similarly attached to Chandler, Raymond will be a delight. His narration is an immensely charming Philip Marlowe impression: goofily self-conscious, often laugh-out-loud funny, and perfectly translated. (I shudder to imagine how hard translating pseudo-Chandler must have been; Frye deserves a tip of the fedora Raymond never takes off.) Red Dust is pastiche at its finest, and it delivers a happy ending that seems to warm even Raymond's robot heart.