Accessibility links
With Canned Entertainment, Australian Comedian Makes A Hit In The U.S. On TikTok, Christian Hull's most popular videos are of him guessing the color produced from a shaken paint can. On a presidential debate night, it's where many found a happy distraction.

Following a chaotic first presidential debate between President Trump and Joe Biden last month, Americans were desperate for a diversion.

A startling number of viewers found respite that night in Christian Hull's videos, over on TikTok. The Australian comedian engages his viewers in a simple trick: watching videos of paint being mixed and guessing what the final color will be. 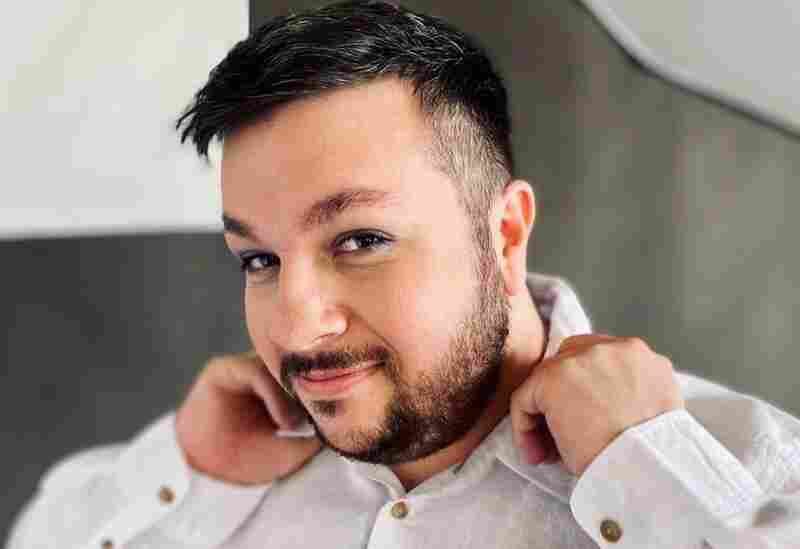 Christian Hull delights fans on the video app TikTok, where you'll see him go through a range of emotions playing a low-stakes paint-guessing game. Photo by Phoebe Kahn hide caption 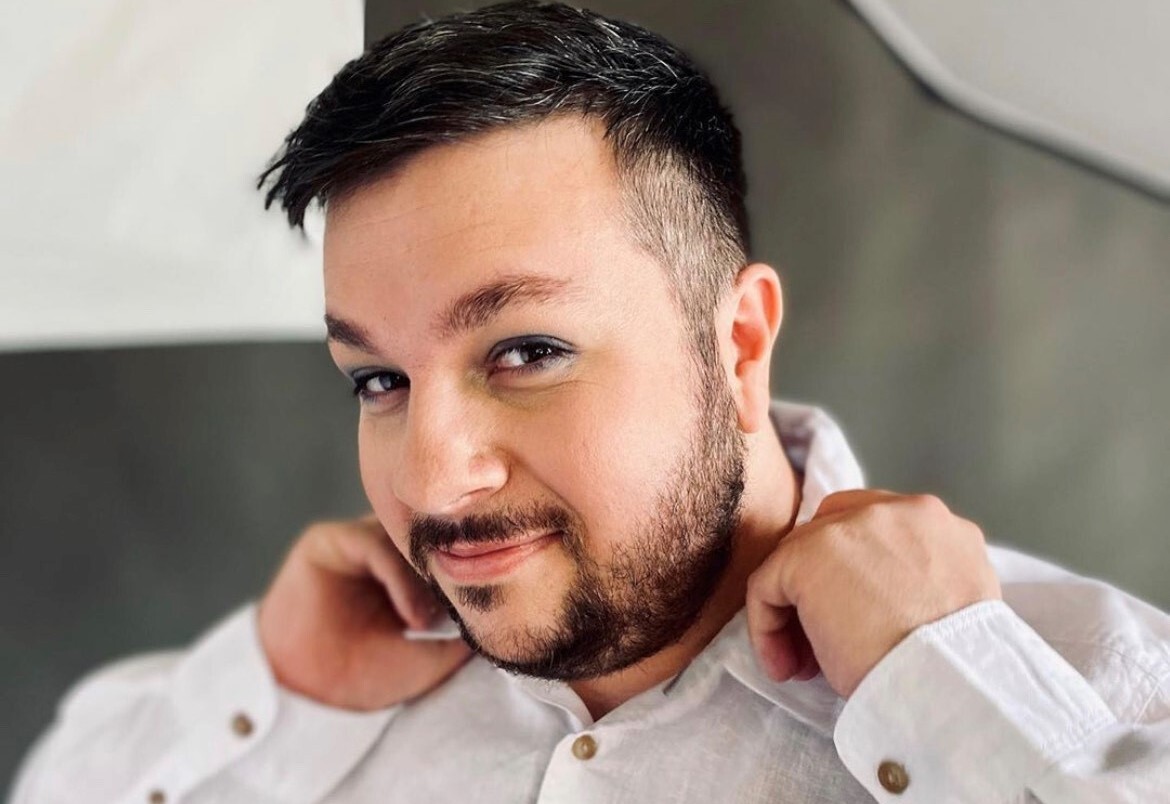 Christian Hull delights fans on the video app TikTok, where you'll see him go through a range of emotions playing a low-stakes paint-guessing game.

"I went to bed one night, woke up, and I had like 200,000 extra followers — which is insane — all American," Hull says in an interview with NPR's Scott Simon on Weekend Edition. "It's exploded in America, not here in Australia, which is quite bizarre."

"A lot of the comments were, 'Ugh, I just needed something to escape from the chaos,' " he says.

Far from a high-stakes election, Hull pulls exaggerated reactions over an inconsequential game.

##duet with @paintturner ##ProveWhatsPossible WHAT DO YOU THINK? Can I take this as a win? ##guessthepaint

In a typical video, Hull watches anxiously from bed, talking through his thought process, as he guesses the final paint color.

On the right of a split screen in one video, using the magic of TikTok's "duet" feature that allows video mashups, a decent pour of red paint drips into a gallon of white, as Hull changes his background to a color — bubblegum pink, in this case — that matches his prediction.

Unlike, say, the soothing allure of Bob Ross, Hull is all drama. His face contorts from anguish to exasperation as the lid lifts to reveal more of a hot pink: "Ahhhh, I should have gone darker!" he whisper-shouts.

In another video, Hull cackles hysterically when he fails to predict a brown pail of paint after calling blue.

While the content might seem to some like one step up from watching paint dry, as far as entertainment value goes, some of his videos have engaged millions of viewers — most of whom are in the U.S.

He's not the first TikTokker to play this paint-guessing game. Hull acknowledges getting the idea from someone else, who may or may not have been inspired by Jake Polino, another user on the app who claimed to be the original paint-guesser, according to Hull.

##duet with @paintturner FOR ONE MILLION DOLLARS...what is the final paint colour! I swear this needs to be a game show. ##guessthepaint

But it's Hull's captivated viewership that's blown up literally overnight.

Broadcasting his new obsession has helped him earn more than 860,000 followers on the social media platform. He's attracted producers from The Ellen DeGeneres Show, and actor Elizabeth Banks thanked him for giving her a "mental break."

Hull's popularity says a lot about Americans — it's just unclear what exactly, beyond the fact that we prefer gray paint far too much.

For all the paint mixing videos he's watched — and the times he's incorrectly guessed "brown" — Hull isn't sure his color theory skills are getting any sharper.

"There was a moment where I was on a winning streak, and I was really good, and then suddenly, I'm just like, oh, I've got no idea," he says.

"I guess it would be boring if I could guess them all correctly."

NPR's Ian Stewart and D. Parvaz produced and edited this interview for broadcast.