Accessibility links
Texas Republicans Seek To Throw Out 127,000 Votes In Harris County The effort is part of a widespread push by Republicans to reject new voter-accommodation strategies implemented because of the coronavirus pandemic. 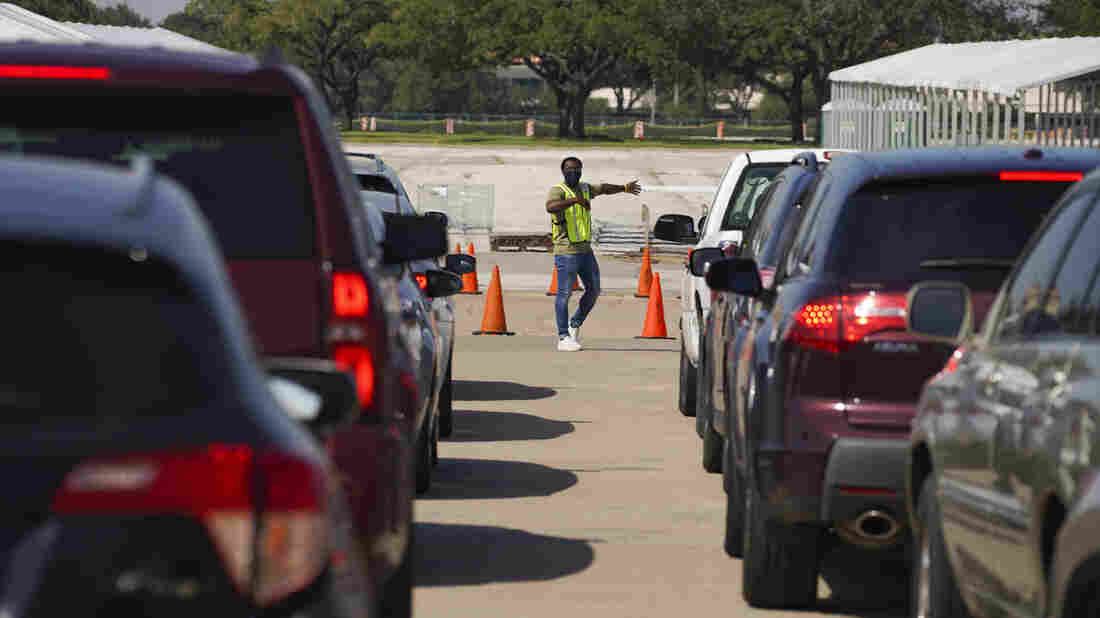 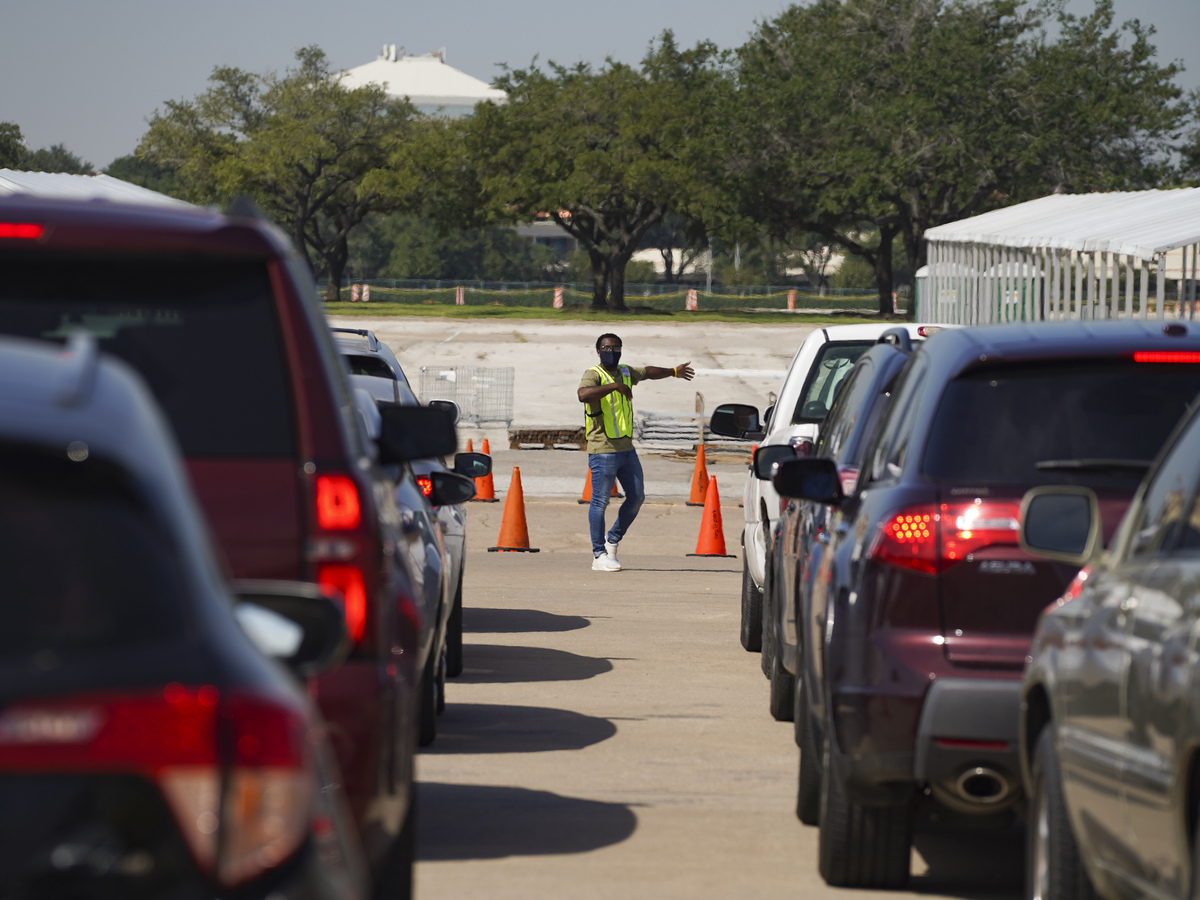 An election worker guides voters in cars at a drive-through voting site in Houston on Oct. 7.

Republicans in Texas have asked the courts to toss out some 127,000 early ballots cast by voters in Harris County, arguing that the votes — delivered via drive-through in the heavily Democratic area — violate the U.S. Constitution and should be deemed invalid.

The plaintiffs — a conservative activist, a Republican state representative and two GOP candidates — argue that the drive-through options are an illegal extension of curbside voting, which is available at all county voting locations and is designated for people who have an illness or disability.

The Democratic Harris County clerk, Chris Hollins, dismissed the lawsuit as "baseless" in an interview with NPR's Weekend Edition.

"This is simply an un-American attempt to disenfranchise voters," he said, noting that no one knows for whom the ballots were cast and that rejecting them would likely affect thousands of Republicans too.

U.S. District Judge Andrew Hanen in Houston, who's seen as a deeply conservative federal magistrate, is set to rule over the complaint. The case of the Harris County ballots is set to be heard Monday morning.

The Texas Supreme Court has rejected a similar appeal.

Throughout the campaign, Republicans and President Trump have baselessly claimed that various efforts — particularly mail-in voting — intended to accommodate voters amid the coronavirus pandemic pave the way for fraud.

Election security experts have repeatedly said that there is no evidence of widespread voter fraud, though there are active attempts to sow disinformation among the electorate.

Hollins said on Sunday that he expects to win the federal case, but "in a totally extreme downside scenario, we would need to encourage those 127,000 Harris County voters to come back out on Tuesday and cast a provisional ballot to make sure that in any circumstance their vote was counted. We're hoping it doesn't come to that."