Accessibility links
'Trump Train' Surrounding Biden Bus Gets Nod Of Approval From President A Biden-Harris campaign bus was surrounded on the highway Friday by a caravan of vehicles flying Trump flags. The incident rattled the Biden campaign, which canceled at least one event afterward. 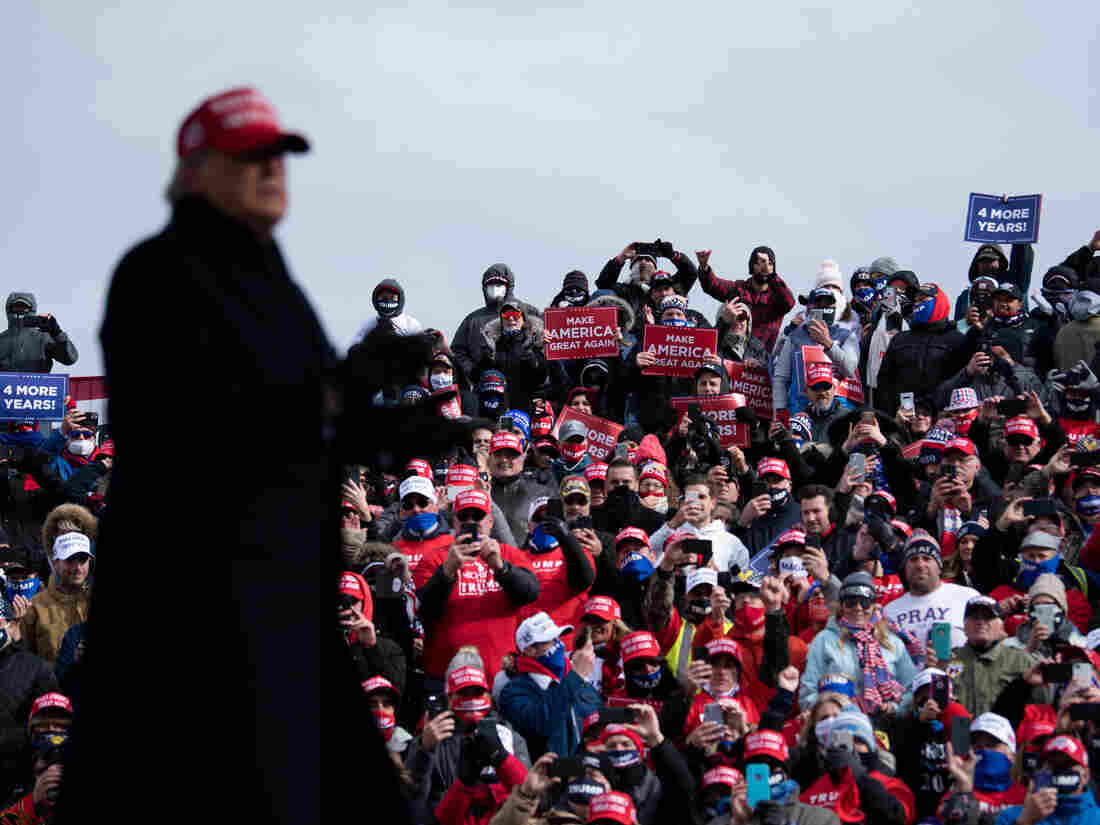 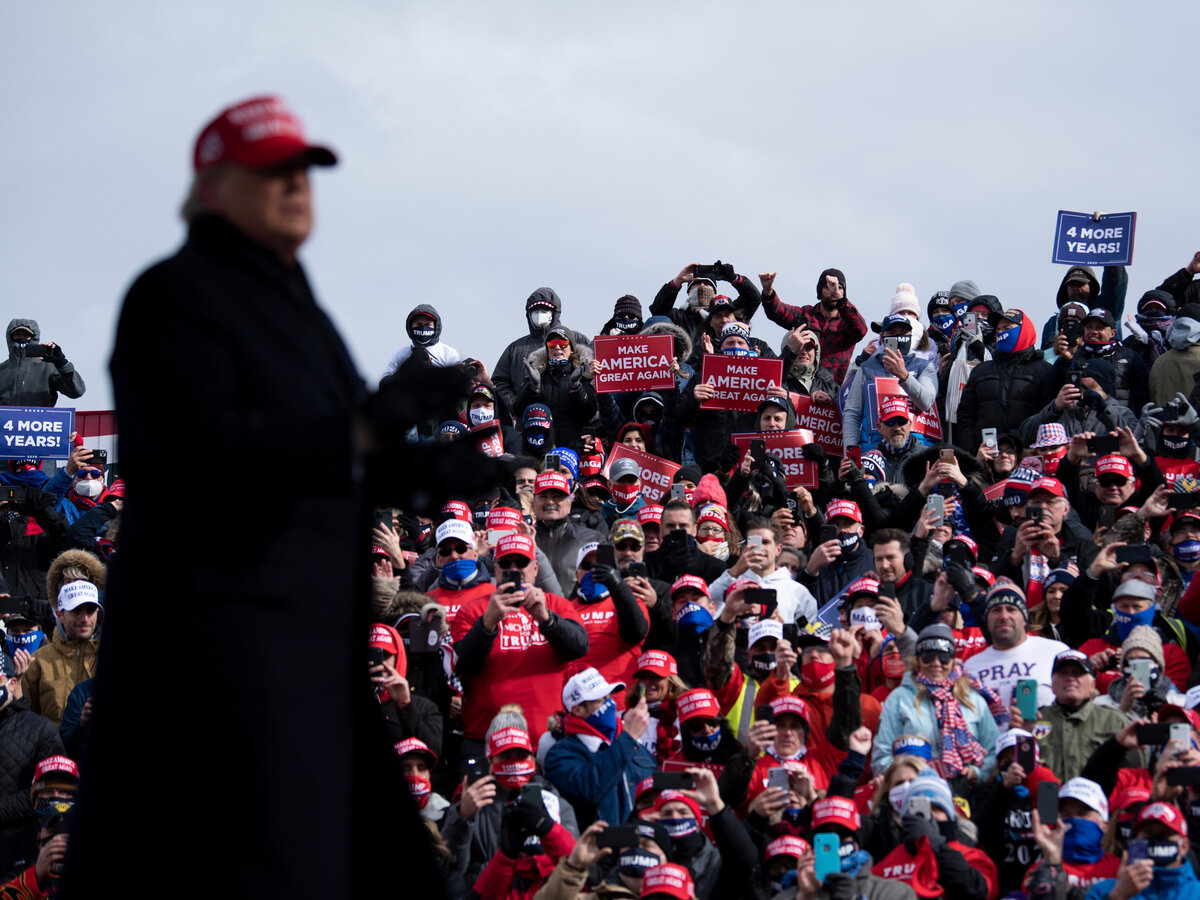 President Trump speaks at a rally in Washington, Mich., on Sunday.

President Trump is celebrating a caravan of supporters who followed a Biden-Harris campaign bus in Central Texas.

The tweet came after a separate video surfaced showing vehicles with Trump 2020 flags boxing in the blue campaign bus as it traveled Interstate 35 from San Antonio to Austin. In a statement, the Biden campaign said the cars slowed in front of it in an attempt to "stop the bus in the middle of the highway," The Washington Post reported.

The Friday incident rattled the Biden campaign, which canceled at least one event in the state following the episode. Campaign staff called 911, according to the statement, and was given help by law enforcement reaching its destination.

Neither Joe Biden, who had been campaigning in the Midwest, nor his running mate Kamala Harris, campaigning elsewhere in Texas, were on the bus at the time.

Trump discussed the caravan at a Michigan campaign event on Sunday.

"Did you see the way our people, they were, ya know, protecting this bus ... because they're nice," he said. "They had hundreds of cars. Trump! Trump! Trump and the American flag."

Trump favorably contrasted his supporters with Biden supporters, who he said lack spirit and enthusiasm.

"The Trump Train is in hot pursuit," wrote one of the participants of the caravan on Twitter, where they posted several updates of the location of the Biden bus throughout the day. "Just a few of our great patriots out there."

In another video of the incident posted to social media, a truck in the caravan clips a white car.

This is a traffic violation and attempted homicide. Why hasn’t anyone been arrested? pic.twitter.com/QnfF4vXMQn

"Rather than engage in productive conversation about the drastically different visions that Joe Biden and Donald Trump have for our country, Trump supporters in Texas today instead decided to put our staff, surrogates, supporters, and others in harm's way," the Biden campaign's Texas communications director, Tariq Thowfeek, said in a statement, The Post reported.

Biden addressed the incident and others Sunday in Philadelphia, telling reporters: "We've never had anything like this — at least we've never had a president who thinks it's a good thing."

The Friday incident comes amid a particularly heated contest in Texas, where polls show Biden in striking distance of winning a state that no Democratic nominee has won since 1976. Tensions have been running high in the final days leading up to Election Day, as voters on both sides fear violence from the opposition, and the president's words have raised concern over potential voter intimidation.

Republicans have pushed back on allegations of voter intimidation.

"It is more fake news and propaganda," Texas GOP Chairman Allen West said in a statement. "Prepare to lose," he said, adding: "stop bothering me."

An earlier version of this story named Sheryl Cole as a member of the Austin city council. Cole is a former member of the council.