Accessibility links
WH Adviser Dr. Scott Atlas Apologizes For Interview With RT The controversial coronavirus adviser apologized on Sunday for doing an interview with Russia's state-controlled network RT, saying he "was unaware they are a registered foreign agent." 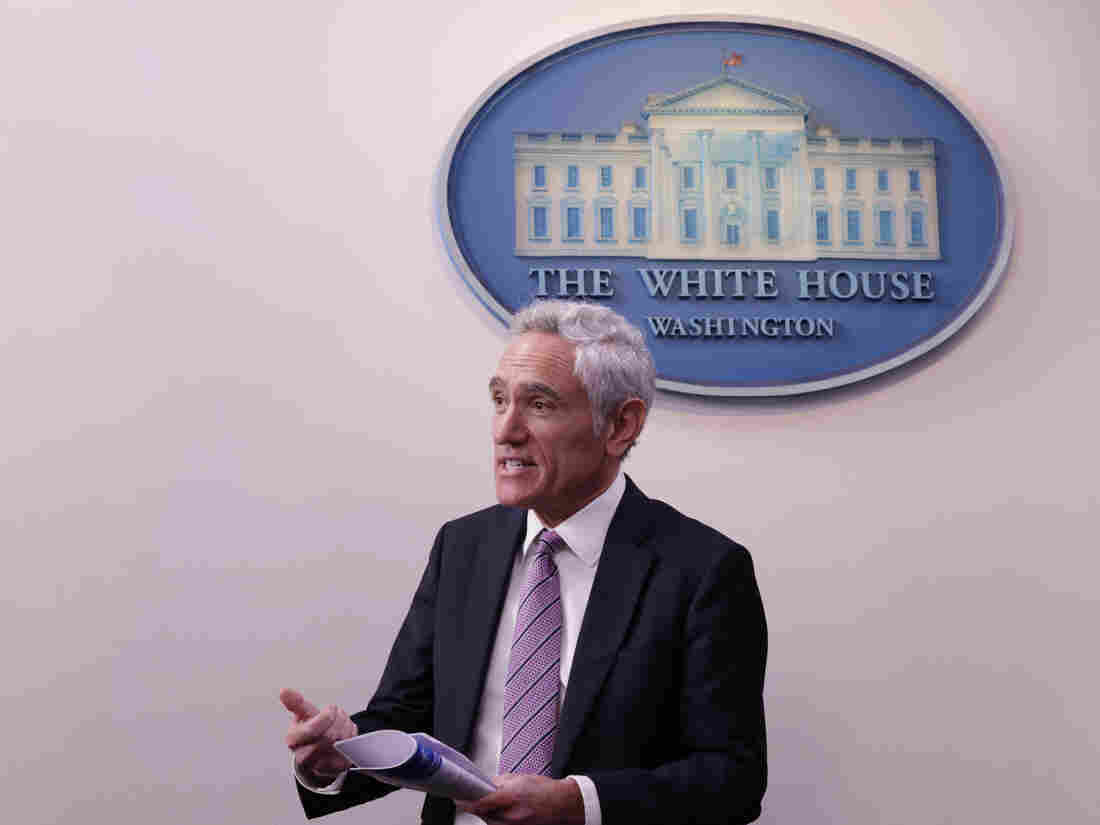 Dr. Scott Atlas, pictured at a White House news conference in September, said on Sunday that he regrets doing an interview with RT, and extended an apology to the national security community. The Russian state-controlled media outlet has been registered as a foreign agent in the U.S. since 2017. Alex Wong/Getty Images hide caption 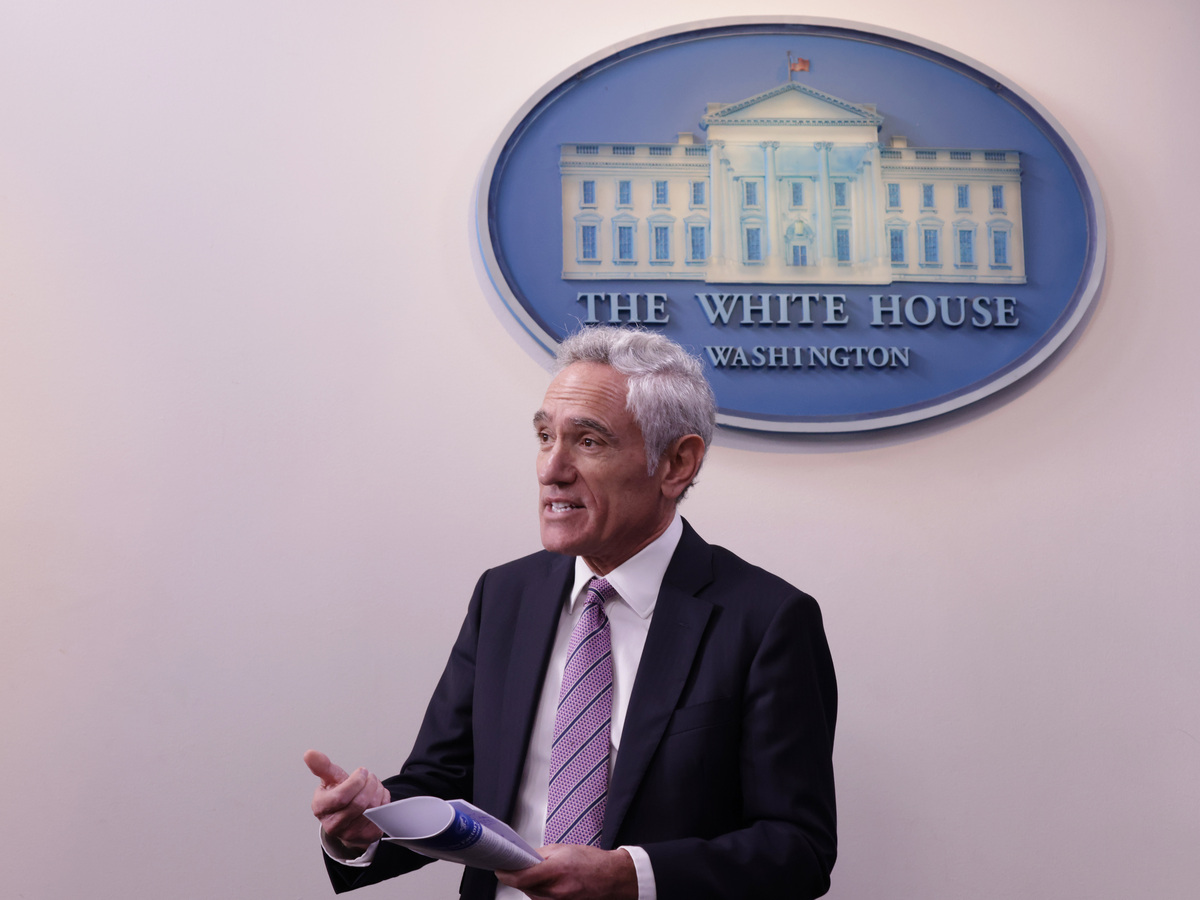 Dr. Scott Atlas, pictured at a White House news conference in September, said on Sunday that he regrets doing an interview with RT, and extended an apology to the national security community. The Russian state-controlled media outlet has been registered as a foreign agent in the U.S. since 2017.

White House coronavirus adviser Dr. Scott Atlas apologized on Sunday for doing an interview with Russia's state-backed RT network, saying he "was unaware they are a registered foreign agent."

RT, formerly known as Russia Today, is an international television and digital news network financed by the Russian government. The production company behind its U.S. arm, RT America, registered as a foreign agent under the Foreign Agents Registration Act in 2017, meaning its content is labeled as propaganda attempting to influence U.S. public opinion, policy and laws.

RT is one of more than a dozen media outlets that Facebook began labeling in June as under state control. RT's Twitter page is also labeled as "Russian state-affiliated media."

"I regret doing the interview and apologize for allowing myself to be taken advantage of," Atlas said in a tweet. "I especially apologize to the national security community who is working hard to defend us."

A 2017 report by national intelligence agencies said that RT, as part of Russia's "state-run propaganda machine," contributed to the campaign to interfere in the 2016 presidential election by "serving as a platform for Kremlin messaging to Russian and international audiences." National security experts have raised similar concerns in the 2020 election.

In the interview published Saturday, Atlas downplayed the severity of the U.S. coronavirus surge and said that lockdowns aimed at curbing the spread of COVID-19 are "not impactful" and "killing people."

"The lockdowns will go down as an epic failure of public policy by people who ... were wrong, refused to accept they were wrong, didn't know the data, didn't care, and became a frenzy of stopping COVID-19 cases at all costs and those costs are massive," Atlas said.

He also said protective measures like mask wearing and social distancing are "creating a generation of neurotic children," and said one in four Americans ages 18-24 thought of taking their lives in June because of lockdowns.

As the country climbs towards a third coronavirus peak, with cases and hospitalizations on the rise, public health officials are urging Americans to take precautions like wearing masks, social distancing and avoiding being indoors with people outside your household whenever possible.

And in recent days, countries including Spain, Italy, Germany and England have reimposed lockdowns and other restrictions in an effort to get the virus under control.

Atlas, a radiologist, joined the White House as a coronavirus adviser in August and has since drawn scrutiny for circulating misinformation and reportedly promoting the controversial theory of "herd immunity."

Last month, Twitter removed a post by Atlas in which he falsely stated that masks do not offer protection from the virus.

The incident comes a day after Dr. Anthony Fauci, the nation's top infectious disease expert, criticized Atlas in an interview with The Washington Post.

In September, Fauci suggested Atlas was an "outlier" on the White House Coronavirus Task Force, a characterization that Atlas responded to in Saturday's interview.

"I'm proud to be an outlier, especially when the in-liers are completely wrong," Atlas said.