Accessibility links
Eta Is Now A 'Major Hurricane' As It Barrels Towards Central American Coast Forecasters say Hurricane Eta is rapidly gaining strength as it churns towards the coast of Nicaragua. The storm is expected to bring life-threatening storm surge, flash flooding and landslides. 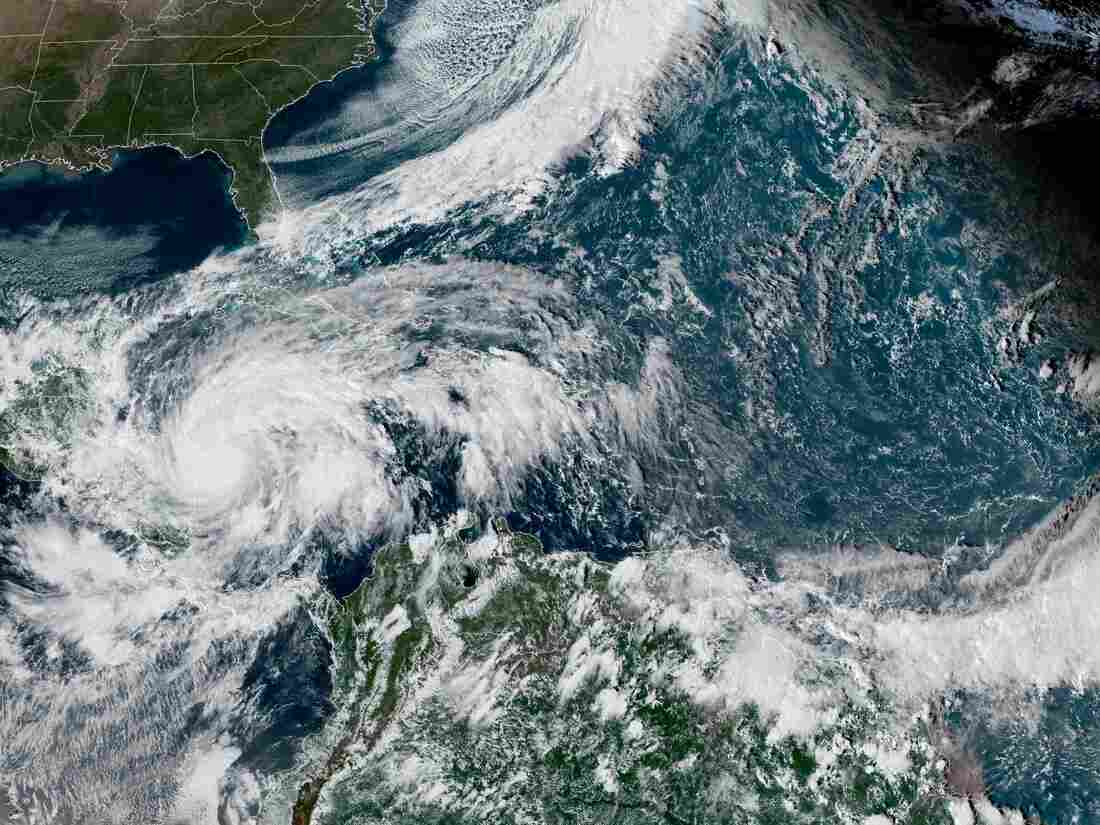 Satellite imagery of Hurricane Eta. It was upgraded to a major hurricane by the National Hurricane Center on Monday. It is expected to dump 35 inches of rain in some isolated areas of Nicaragua after making landfall. NOAA hide caption 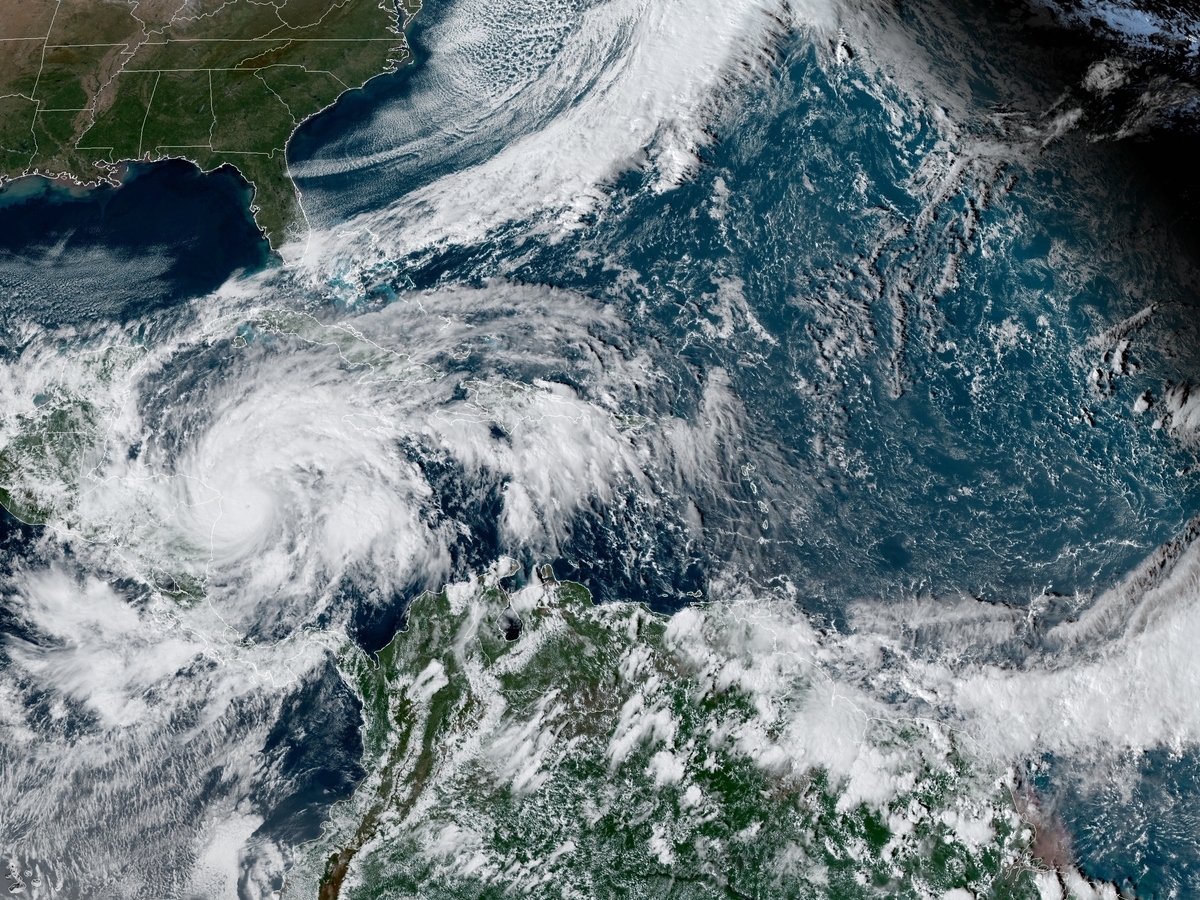 Satellite imagery of Hurricane Eta. It was upgraded to a major hurricane by the National Hurricane Center on Monday. It is expected to dump 35 inches of rain in some isolated areas of Nicaragua after making landfall.

Eta, the slow-churning storm barreling towards the eastern coast of Central America, was upgraded to "a major hurricane" Monday, according to the National Hurricane Center.

It is now a Category 4 storm with maximum sustained winds of 130 miles per hour, according to the NHC's 4 p.m. ET advisory, which adds the storm could produce "life-threatening storm surge, catastrophic winds, flash flooding and landslides."

While it is moving at 9 miles per hour, forecasters say that satellite data indicate that Eta is rapidly gaining strength and will continue to do so as it reaches the coast of Nicaragua.

"Catastrophic wind damage is expected where Eta's eye wall moves onshore, and preparations should be rushed to completion within the Hurricane Warning area," the NHC said.

After making landfall, Eta is expected to slow down drastically and bring a torrent of rain into the mountains of Nicaragua and Honduras.

Forecasters predict the storm surge could be between 12-18 feet above normal tide levels and rainfall totals of up to 35 inches in some isolated areas through Friday.

Water is a serious concern with #Eta. Storm surge could be as high as 12-18 feet above normal tide levels along the #Nicaragua coast, and rainfall could be up to 35" for portions of Central America. Both hazards are likely to cause catastrophic damage.https://t.co/TyDJZLFSHa pic.twitter.com/JyuKNVv119

Some forecasters are drawing parallels to Hurricane Mitch which was also a slow-mover and hit this same area in 1998. Mitch remains the second deadliest Atlantic hurricane ever: 11,000 people died in Honduras and Nicaragua from flooding and landslides.

Eta is the 28th named storm of the 2020 Atlantic hurricane season and has tied the record for the most named storms in a single season, matching 2005.

Philip Klotzbach, a meteorologist at Colorado State University tweeted Monday that Eta is the third major hurricane to form in the Atlantic since Oct. 1.

#Eta is the 3rd major #hurricane to form in the Atlantic since 1 October, along with Delta and Epsilon. This is the first time on record that the Atlantic has had 3 major hurricane formations (e.g., storm first reached major hurricane strength) in October-November. pic.twitter.com/gWoMr7rePk

In September, forecasters were forced to use the Greek alphabet because the list of available storm names had been exhausted.

The World Meteorological Organization, the entity that creates list of names in advance of the storm season, has a list of 21 potential storm names, listed alphabetically from A to W (there are no Q, U, X, Y or Z names because of availability).

The next letters of the Greek alphabet are Theta and Iota, should forecasters need to name future storms – and help make 2020 the all-time leader in named storms.