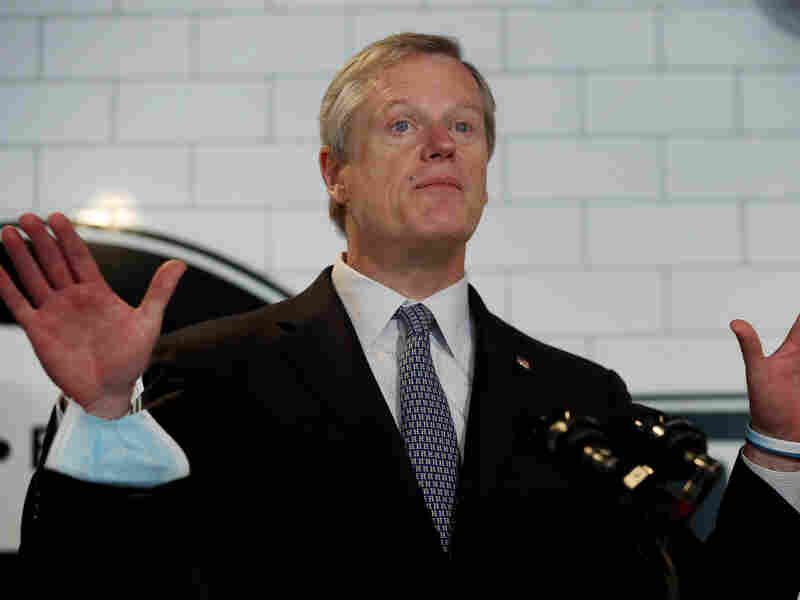 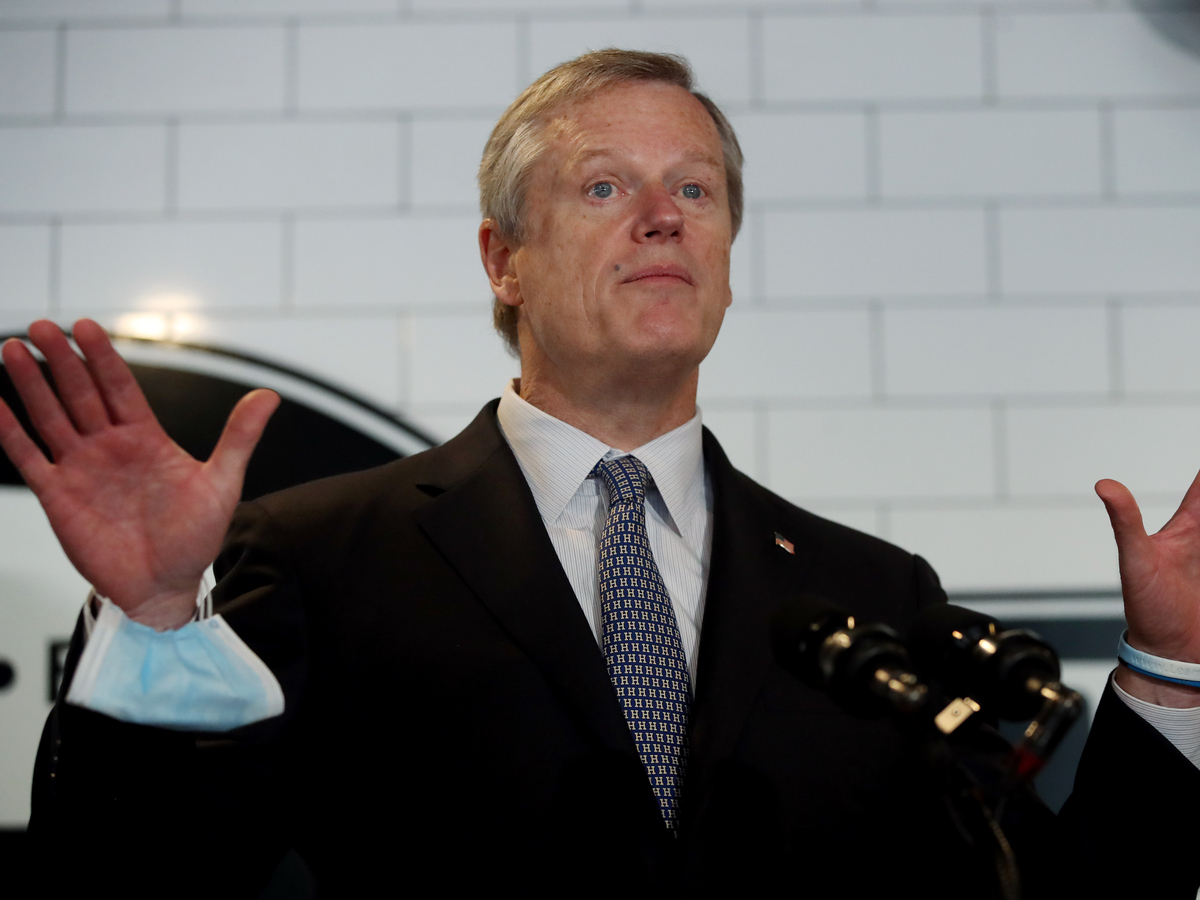 Gov. Charlie Baker, seen here in September, announced a series of new coronavirus restrictions for the state of Massachusetts today.

Massachusetts Republican Gov. Charlie Baker announced a series of new coronavirus restrictions Monday--including requiring face coverings for all residents over the age of five, in an attempt to curb the rising cases of Covid-19 in the state.

Baker announced Massachusetts would revise current public health emergency rules to require everyone to wear face coverings in all public places, indoors or outdoors, even where they are able to maintain six feet of distance from others, according to the executive order released today. This still allows for an exception for residents who can't wear masks due to a medical or disabling condition.

The decision to implement one of the strongest mask mandates in the country stems from the state's rising trends in confirmed coronavirus cases and hospitalizations.

"Too many of us have become complacent in our daily lives," which has driven the surge in cases, Baker said during Monday's press conference.

Our goal is to disrupt this trend now, so the Commonwealth can keep our economy + schools open and prevent the need to roll back to Phase I or II.

Schools will continue to remain open, however, as data suggests that schools haven't proven to be a source for coronavirus outbreaks, Baker said.

Massachusetts is not alone in reporting a significant increase of confirmed coronavirus cases. Cases of infection have gone up globally resulting in England, Germany, France, Italy, and several other U.S. states implementing new restrictions for masks and public gatherings.

Coronavirus restrictions at the state level have often been subject to harsh criticism and lawsuits challenging such orders. Massachusetts' rules may still be subject to opposition.

Last month, a Wisconsin judge put a temporary hold on an order by Gov. Tony Evers' administration to limit the capacity of bars, restaurants and indoor spaces amid the increase of coronavirus infections in his state. The lawsuit was brought by business groups, Tavern League of Wisconsin, the Sawyer County Tavern League and the Flambeau Forest Inn.