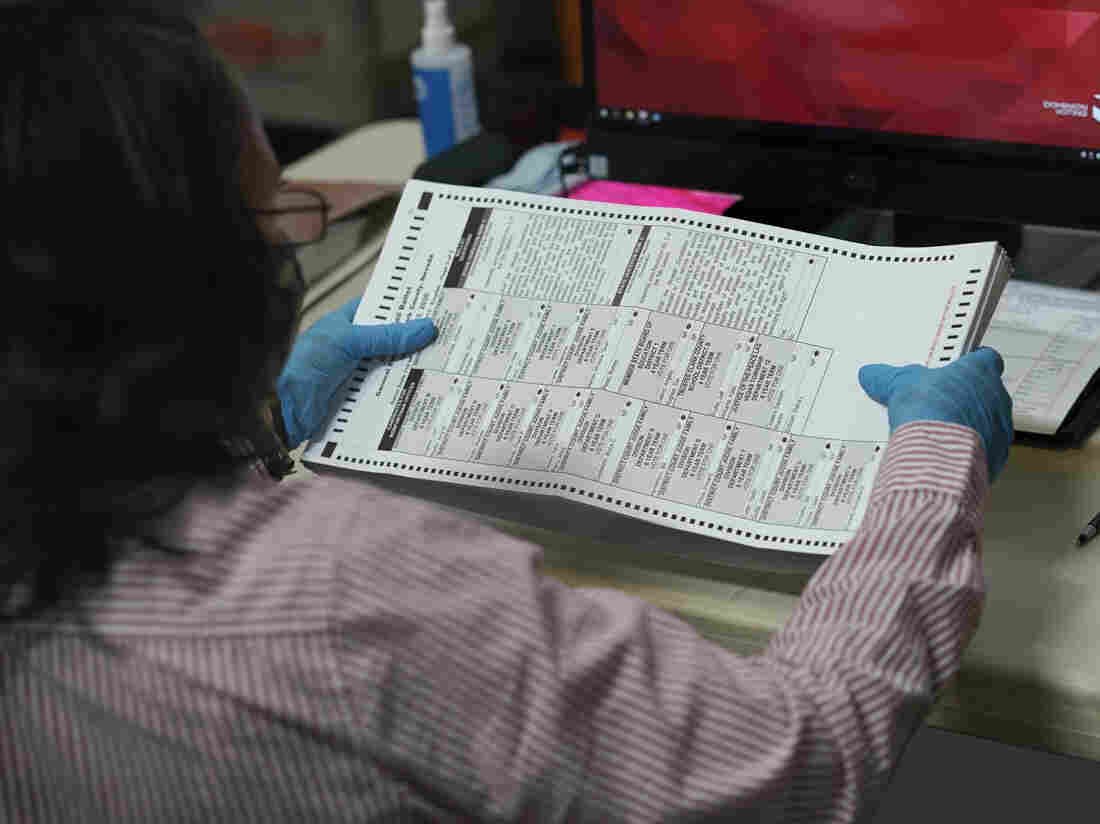 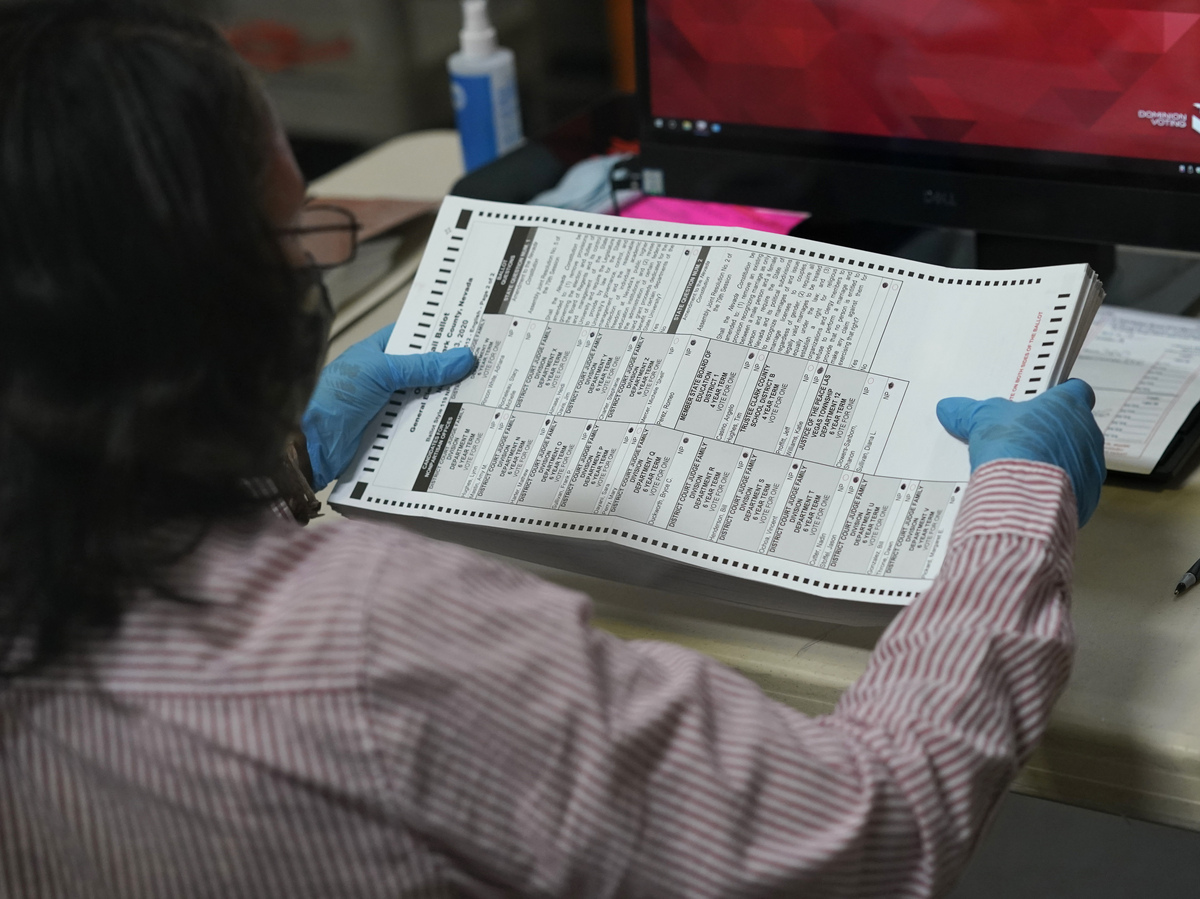 A county worker loads mail-in ballots into a scanner that records the votes at the Clark County Election Department last Thursday in Las Vegas.

The county, home to Las Vegas, is by far the state's most populous. About 70% of Nevada's voters live in the county, which is "heavily Democratic," CNN reports.

In the lawsuit, Trump's campaign and the Nevada GOP alleged that they could not observe all aspects of the ballot-counting process closely enough, and wanted to install cameras to record the process.

Carson City District Court Judge James Wilson denied their request, ruling that the plaintiffs lacked legal standing to bring the case and had failed to provide evidence of "debasement or dilution of a citizen's vote."

The ruling was released on Monday, just a day before Election Day.

Wilson wrote that there was no evidence of improper vote counting.

The lawsuit requested the court mandate that Clark County Registrar of Voters Joseph Gloria stop using Agilis, an electronic ballot-sorting system. But the plaintiffs failed to show any error or flaw in the Agilis results or any other reason for such a mandate, Wilson wrote.

The judge also pointed to state legislation passed in August that specifically authorizes county officials to process and count ballots by electronic means.

The GOP lawsuit was filed on Oct. 23, just 11 days before the general election.

"The president's deliberate attempts to undermine Nevada's elections have failed yet again," Ford said in a statement. "Today's ruling makes clear that there is a proper procedure to observe an election that even the president must follow, and it's most certainly a victory for the constitutional rights of all Nevadans."

"There is only one 'result,' and that comes after every lawful vote is counted," Ford tweeted. "So, keep counting, Clark."

Nevada's Republican Party did not immediately respond to NPR's request for comment. State GOP chair Michael McDonald told the Las Vegas Review-Journal that the party may file an expedited appeal to the state Supreme Court.

The lawsuit had also asked for an immediate halt to counting and verification of mail ballots, but Wilson rejected that request shortly after the suit was filed last month.

"Clark County is a blue county, and this is a numbers game. And quite frankly they would like to exclude as many ballots in Clark County as they can. They want a high rejection rate," Zunino said, according to the Review-Journal. "They are not challenging the process in Elko County or Humboldt County or Carson City because those are red counties."

Nevada's Secretary of State Barbara Cegavske, a Republican, told legislators earlier this year that there were no cases of fraud during the state's primary election in June, which was conducted almost entirely by mail.