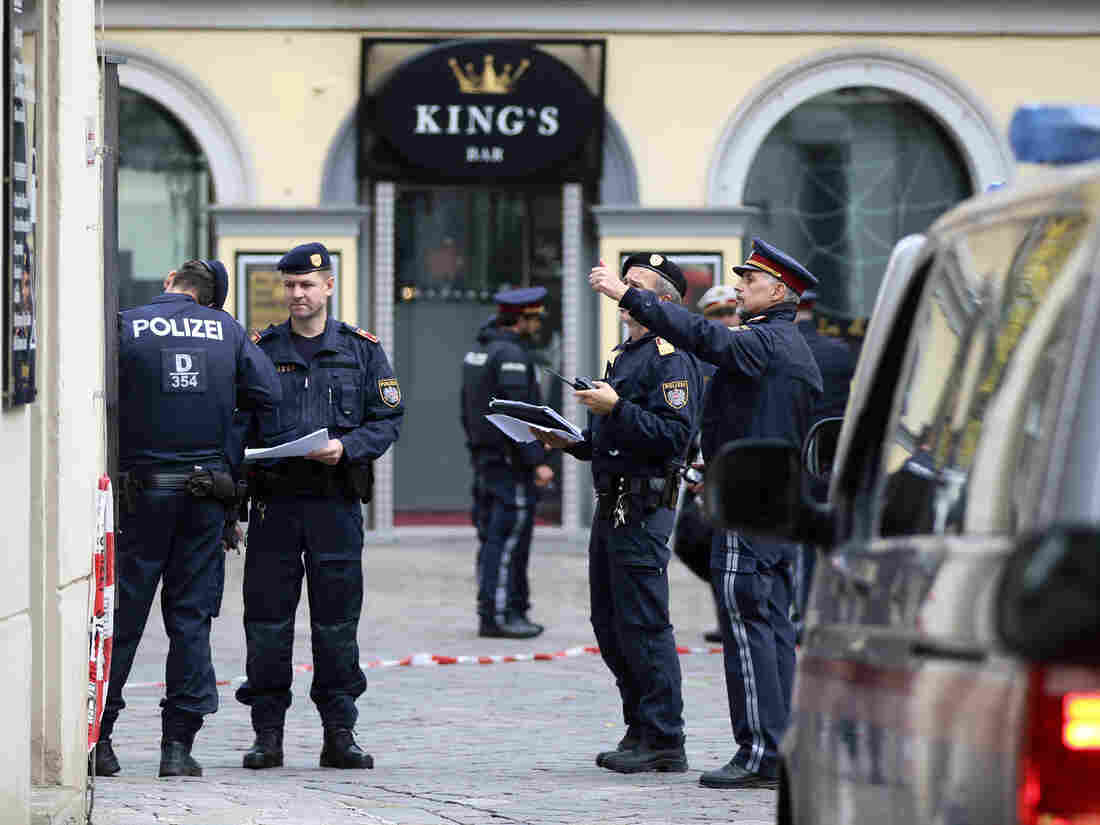 Police officers investigate the scene in Vienna on Tuesday, the day after at least one gunman went on a shooting spree in the city center before he was shot and killed by police. Ronald Zak/AP hide caption 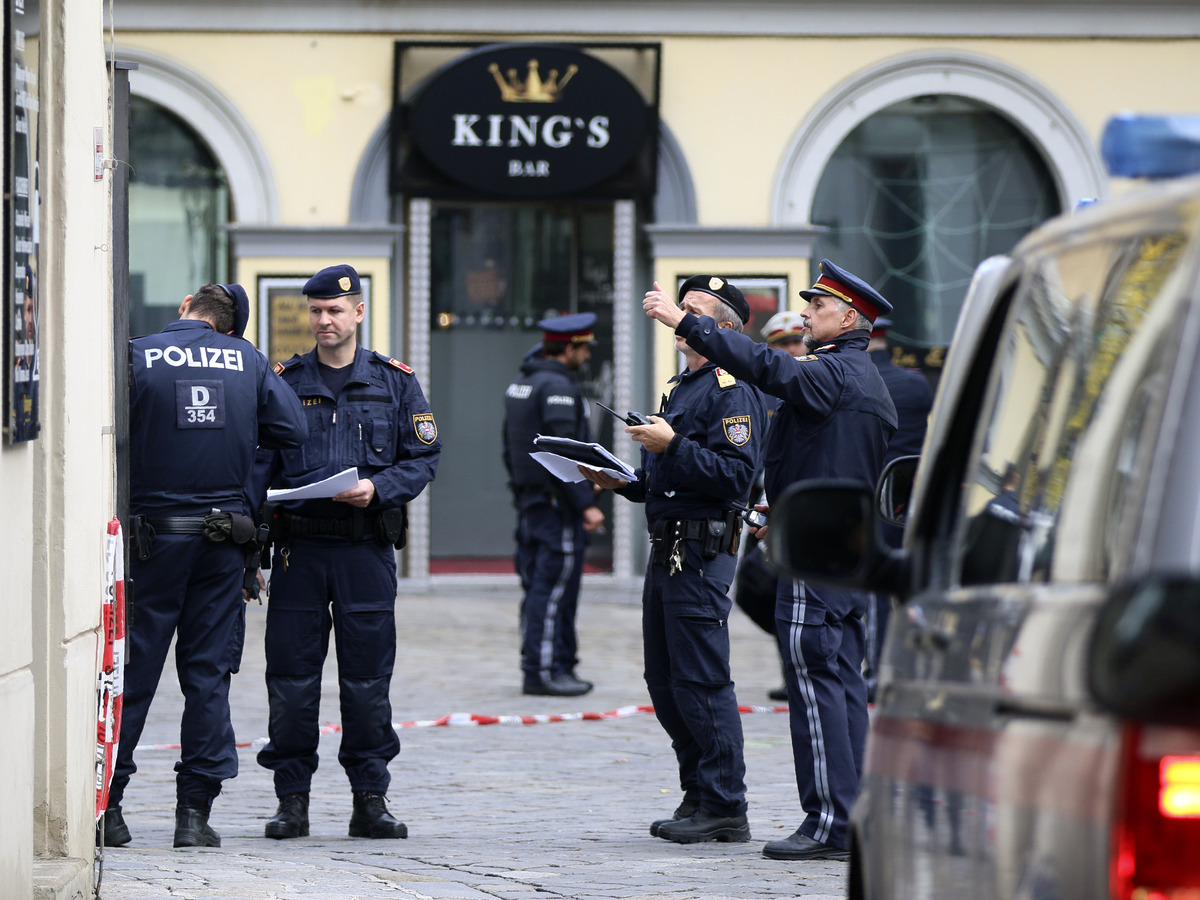 Police officers investigate the scene in Vienna on Tuesday, the day after at least one gunman went on a shooting spree in the city center before he was shot and killed by police.

The Islamic State has claimed credit for the shooting spree in the city center of Vienna, Austria in a statement released by the group Tuesday, according to Reuters and the SITE Intelligence Group, which monitors online extremist content.

At least four people were killed and 14 others wounded, seven with life-threatening injuries, in the attack. Police shot and killed the gunman later identified as 20-year-old Kujtim Fejzulai.

The country's interior minister described Fejzulai as an "Islamist terrorist."

"We experienced an attack last night by at least one Islamist terrorist," Nehammer said.

Fejzulai was a dual citizen of Austria and North Macedonia who was sentenced to 22 months in prison last year because he'd attempted to travel to Syria to join the so-called Islamic State. He was released seven months later due to laws applying to young adults.

Nehammer said the suspect's house has been searched and video material seized. Several additional arrests were made and at least 15 additional homes searched.

Residents of Vienna were told to stay home on Tuesday as authorities tried to determine whether there were other attackers or accomplices.

The attack began about 8 p.m. (2 p.m. ET) Monday when at least one gunman opened fire near Vienna's main synagogue. The synagogue was closed and unoccupied at the time.

Witnesses said the gunman fired randomly into bars and cafes that were crowded on the last night before a nationwide lockdown because of the coronavirus. The gunman was killed by police within minutes.

Austrian Chancellor Sebastian Kurz called it a "despicable terror attack." The government declared three days of national mourning with flags to be flown at half-staff through Thursday. On Tuesday at noon (6 a.m. ET), the nation will observe a minute of silence.