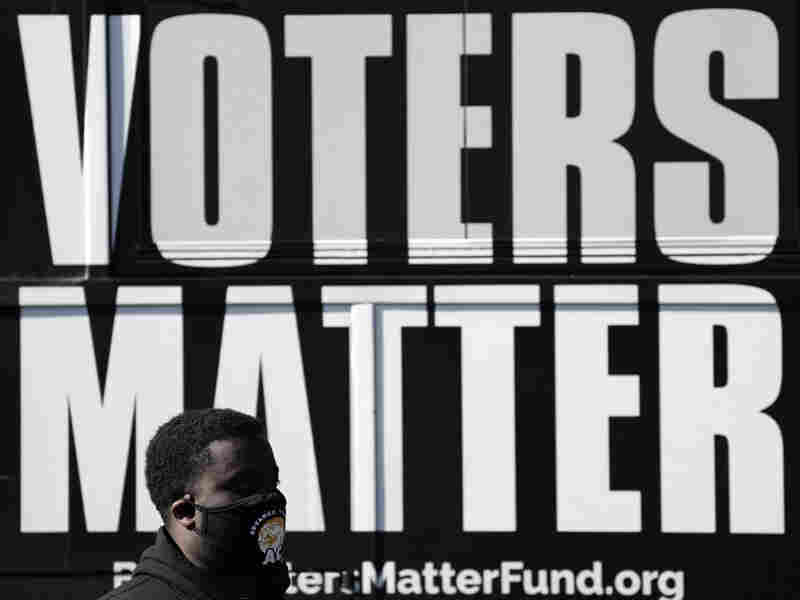 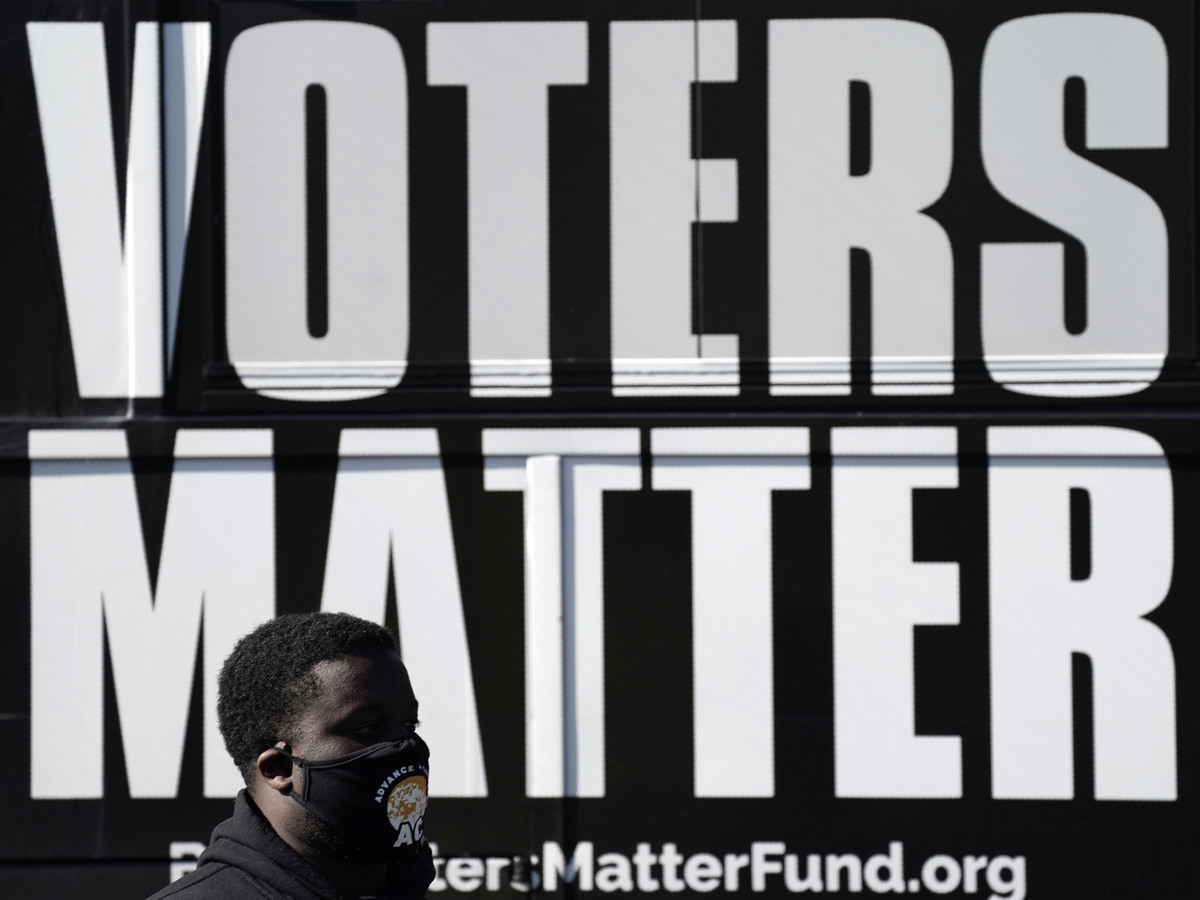 A man wearing a mask at an Election Day rally at the Graham Civic Center polling site in Graham, N.C.

Civil rights groups in North Carolina are suing law enforcement in Alamance County over the police's pepper spraying of people in a march to the polls last weekend, alleging the action was taken to intimidate voters.

Two lawsuits — one by the Lawyers' Committee for Civil Rights Under Law and the ACLU of North Carolina and the other by the NAACP Legal Defense Fund — were filed on Monday evening on behalf of some of the marchers, ahead of a repeat of the get-out-the-vote rally on Election Day in Graham, N.C.

Last Saturday, about 200 people marched from a church in Graham to the courthouse in an event called "I am Change March to the Polls."

Police said they ordered people to disperse because they were blocking the road and deployed the pepper spray when they refused to comply.

Some of the marchers were arrested, including the organizer, the Rev. Gregory Drumwright, who is named as a plaintiff in the lawsuit filed by the ACLU and the Lawyers' Committee.

That lawsuit says the demonstration was meant to be a "non-partisan and peaceful" procession to the polls coinciding with the last day of early voting in the state.

Demonstrators, which according to the lawsuit included "children, the elderly, and people with disabilities," stopped for 8 minutes and 46 seconds, the same amount of time that a policeman held George Floyd to the ground in Minneapolis on May 25, unleashing a wave of protests across the country.

But while the marchers in Graham were stopped, the lawsuit alleges that "suddenly and without warning" police released pepper spray on participants.

The lawsuit names Alamance County Sheriff Terry Johnson and Police Chief Mary Kristy Cole as defendants and says law enforcement actions were taken "with the purpose of discouraging and intimidating voters from exercising their constitutional right to vote."

The other lawsuit filed by the NAACP also lists two unamed police officers as defendants. It says police fired pepper spray "indiscriminately into the crowd of peaceful marchers, including children as young as three years old and individuals with disabilities, on at least two occasions during the march.

"As pepper spray filled the air, the protesters were forced to disperse; many suffered trouble breathing, vomiting, and other complications," the lawsuit adds.

Drumwright told NPR that the police could have negotiated with protesters or used deescalation tactics instead of resorting to force.

"Instead," he said, "they decided that it was in their better judgment to interrupt our march, pepper spray us, wrestle many of us who were defending ourselves against those egregious actions, and excessive force, and then charged us for the failure to disperse."

Elizabeth Haddix, an attorney with Lawyers' Committee for Civil Rights, says the organizations worked quickly on the lawsuits in order to have them in place and ensure the the Election Day march could take place without incident.