Accessibility links
AP VoteCast: U.S. On Wrong Track, COVID-19 Not Under Control AP VoteCast, a massive pre-election survey, finds 63% think the country is on the wrong track, President Trump has just a 44% approval rating and 53% say the coronavirus is not at all under control.

Voter Survey: U.S. Is On Wrong Track, COVID-19 Not Under Control

Voter Survey: U.S. Is On Wrong Track, COVID-19 Not Under Control 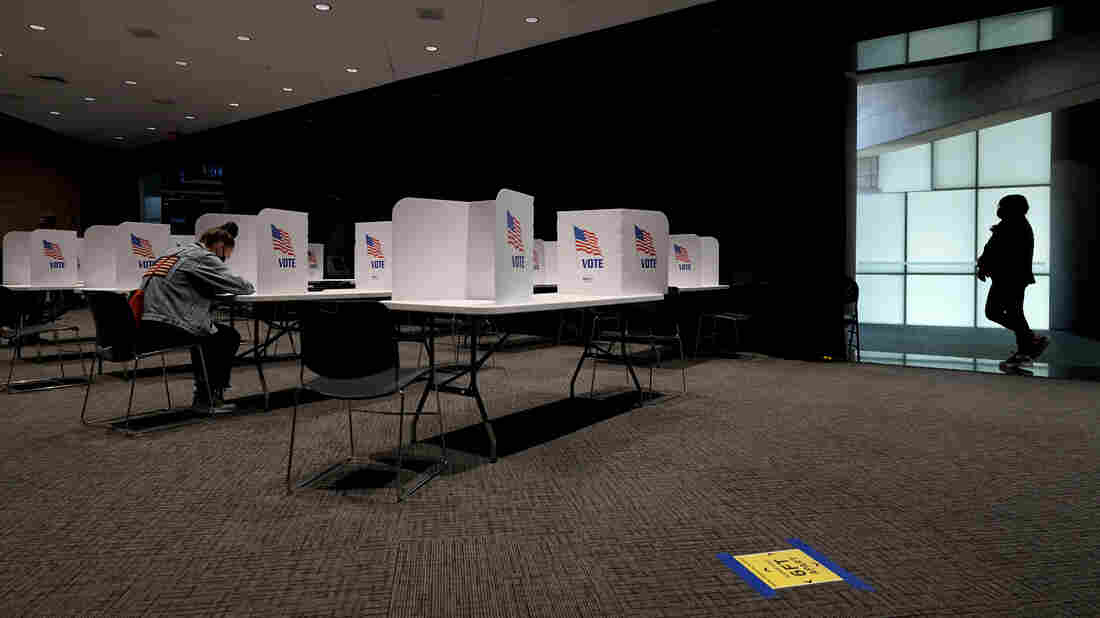 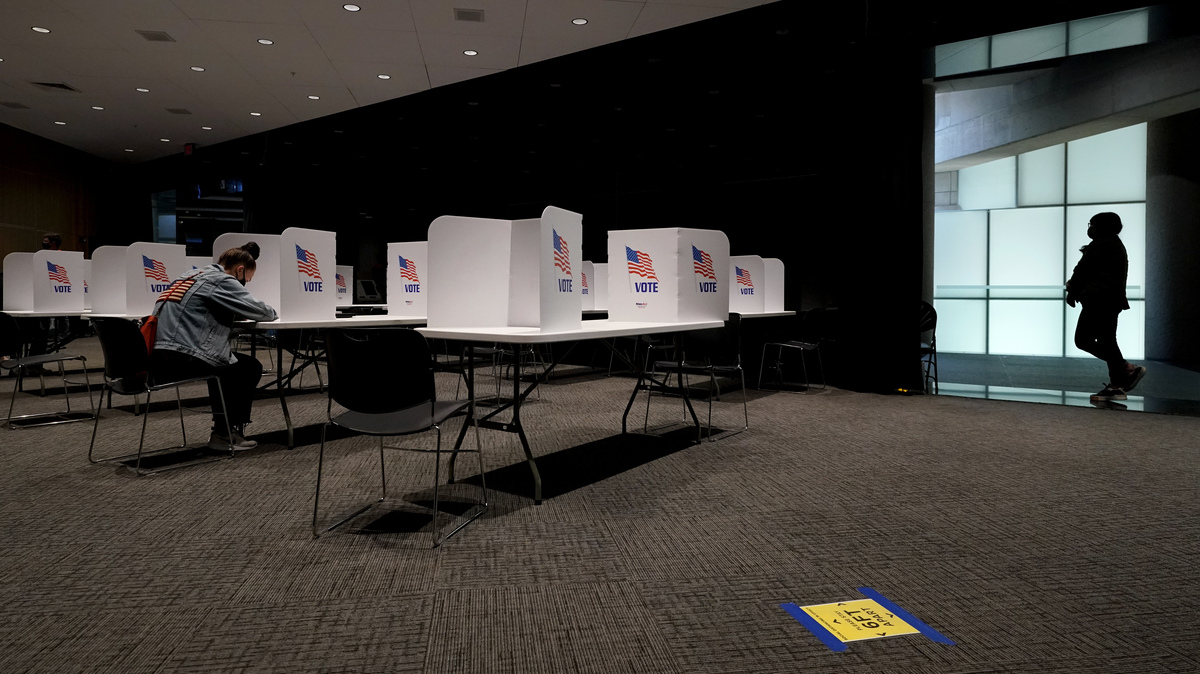 A poll worker (right) waits while a woman votes Tuesday at the National World War I Museum & Memorial in Kansas City, Mo.

Almost two-thirds of Americans say the country is on the wrong track, a majority disapprove of the job President Trump is doing and more than half do not think the COVID-19 pandemic is under control, according to early data from AP VoteCast.

VoteCast is not an exit poll. It is a massive set of pre-election polls that runs up through when voting closes Tuesday. VoteCast is conducted nationally and in key states and surveys some 140,000 voters. By comparison, a statistically significant and rigorously conducted national poll typically surveys about 1,000 people. We will be updating with results through the night.

Here's What We'll Be Watching For On Election Night

Here's What We'll Be Watching For On Election Night

Just 37% of Americans said the country is on the right track, while 63% said it's off on the wrong track, according to the data.

President Trump has a 44% approval rating, while 56% disapprove of the job he's doing. These are very similar numbers to what Trump has seen throughout his presidency.

When it comes to the coronavirus pandemic, 53% said it is not at all under control.

A plurality of voters also said COVID-19 is their top issue — 42% said so, while 27% said the economy and jobs, 9% said health care more broadly and 8% said racism.

Unlocking The Keystone State: Why Pennsylvania Is Crucial

Americans also said it is more important to limit the spread of the coronavirus rather than limiting the damage to the economy by a whopping 61%-to-29% margin.

Turnout looks to be on track to be historically high. Before Election Day, more than 101 million Americans voted early. The record for highest total turnout was 137.1 million people in 2016.

The turnout rate is expected to be 65% or higher, according to Michael McDonald, a turnout expert at the University of Florida. That would be the highest rate since 1908.

And VoteCast also shows a significant jump in turnout is likely, with 15% of the electorate being voters who did not vote in 2016.

As for how people voted, 71% said they voted early or by absentee, while 29% said they are voting Tuesday.