Accessibility links
Review: 'To Be A Man,' By Nicole Krauss Nicole Krauss's novels often have complex structures, but the simplicity of her new story collection allows the beauty and precision of her writing to shine through.

In Her New Collection, Nicole Krauss Considers How 'To Be A Man'

In Her New Collection, Nicole Krauss Considers How 'To Be A Man' 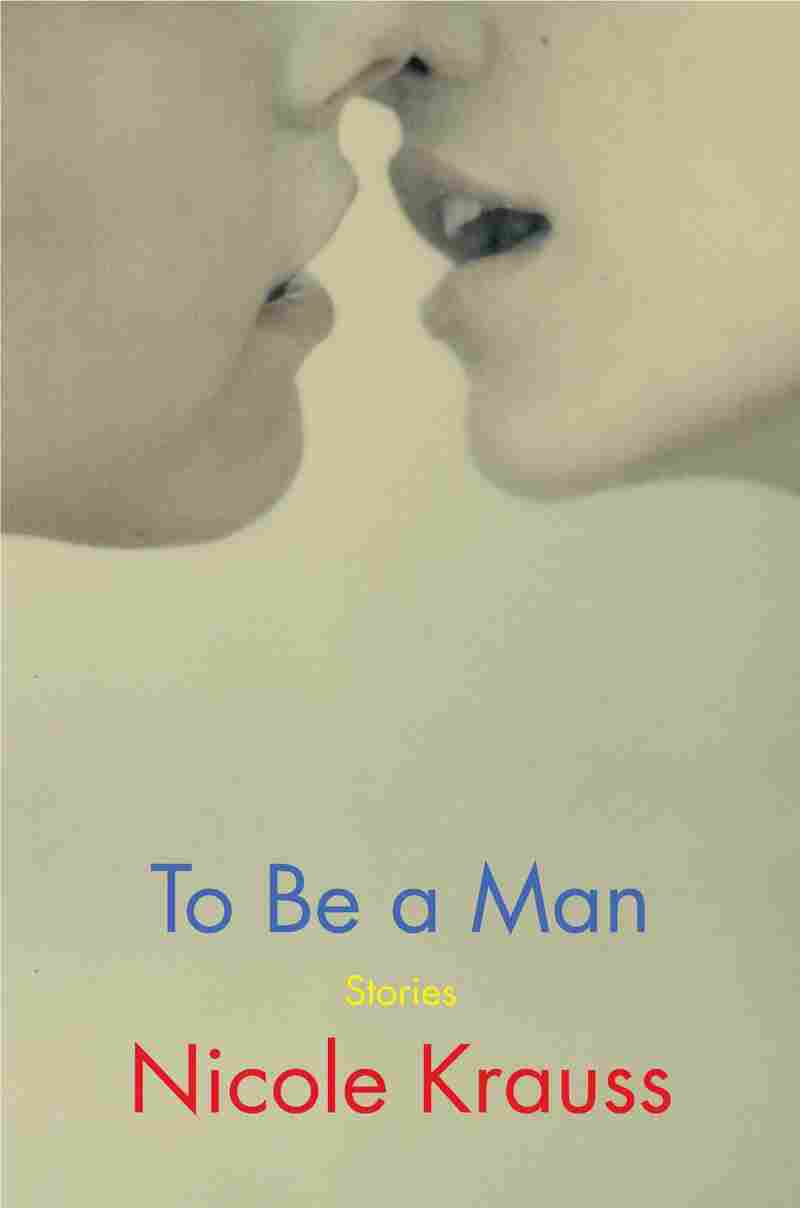 The writer Nicole Krauss has, in the last two decades, acquired an enormous, devoted, and deserved readership. Her novels, which tend to juxtapose the broad philosophic questions of how to be human with the narrower — though still large and perplexing — issues of how to be a contemporary Jew, work in the magic-adjacent tradition of Bruno Schulz and Franz Kafka, with a little Rothian earthiness mixed in. The short stories in To Be a Man, which is Krauss's first collection, are as philosophically inclined as her novels, but in other ways, they represent a significant and exciting departure from her previous body of work.

The most evident differences here are formal. Except Krauss's debut, Man Walks into A Room, her novels have notably complex structures. Forest Dark has two parallel plots that intersect only in the realm of ideas. Great House traces a desk's movement through several characters' loosely connected lives. The History of Love, the novel that made Krauss famous, mixes narratives and chronologies with abandon. All three are excellent books, but the relative austerity on display in To Be a Man is still refreshing. The 10 stories collected here do not switch perspectives or timelines. Not one asks the reader to play detective. Their simplicity puts Krauss's lyric, precise prose — and, more importantly, her inquisitive and unsparing mind — on full display.

The short stories in 'To Be a Man' ... are as philosophically inclined as her novels, but in other ways, they represent a significant and exciting departure from her previous body of work.

Krauss's prior novels tended to train their gaze on history. This is another tier of difference: To Be a Man is, with only two exceptions, squarely located in the present, and oriented toward the future. (One exception, in fact, is "Amour," which seems to be set in the 2040s or so.) Krauss seems to have stopped asking how we might best relate to the long 20th century, and begun asking how we might best live in the 21st. That we, I should note, tends to be Jewish, but is not always. In To Be a Man, Krauss tends to wrestle either with Judaism or with masculine power, though, inevitably, the two intertwine.

The collection's most explicitly Jewish story, and one that can serve as a key of sorts to the rest, is "Zusya on the Roof," in which an elderly professor named Brodman rewrites an old Jewish tale in which a rabbi named Zusya dies, and God, in judgment, asks, "Why weren't you Zusya?" The parable ends there, but Brodman gives the rabbi an answer: "'Because I was a Jew, and there was no room left to be anything else, not even Zusya.'" The desire to create room for selfhood is a clear through line in the collection. So is the desire, presented most bluntly by Noa, the 17-year-old protagonist of "End Days," to do so at the expense of convention and tradition: Noa delights in her chances to "sweep away the old order and make way for the next."

The Pleasures Of Story Get Lost In This 'Forest Dark'

Often in the collection, the "old order" at hand is masculinity mixed with monogamy. "End Days" is unusual in giving Noa an unthreatening love interest. In "Switzerland," adolescent girls' "curiosity in [their] own power, its reach and limit" is a frightening, if potentially liberatory, force. In "Future Emergencies," the pleasures of safety in a long-term relationship with an older man become stifling for the protagonist, who begins wondering if she has ever developed a self. And in "Seeing Ershadi," a multifaceted exploration of art and need, a dancer realizes — to her great chagrin — that her devotion to a charismatic male choreographer has made her "become fanatical." How, Krauss asks in each story, might a woman protect herself from the malevolent aspects of male power, while retaining access to the parts of it that attract and feed her?

To Be a Man provides no concrete answers, which is to its credit. Its resistance to easy outs is, perhaps, the reason the collection has no weak links. However, it does have a standout: The title story is the collection's best, likely because it melds Krauss's two major lines of inquiry. "To Be a Man" seeks a new and nonviolent order for both Jews and men. This requires it to deal, at once, with the long shadow of the Holocaust, which, in memory, positions Jews as victims of violence; with the present-day Israeli military, which requires many Jews to inflict violence on others; and with the narrator's son's fear — a common one, I would argue, and one the narrator herself shares — that on reaching adolescence, he "will lose something of his sensitivity... [and] become capable of violence." It would wreck the story's pleasures to describe how Krauss achieves all three goals, but she does, with room to spare. "To Be a Man" is at once moving and pitiless. It is a daring story even in the context of a daring collection, and it proves wholly that aesthetic simplicity has not reduced the scope of Krauss's intellectual and creative powers at all.