Accessibility links
Review: 'The Harpy,' By Megan Hunter If you expect the heroine of Megan Hunter's new novel to turn into an actual harpy, you'll be disappointed; The Harpy is actually a quiet, slightly surreal meditation on a failing marriage.

'The Harpy' Doesn't Need Monsters To Break Up A Marriage

'The Harpy' Doesn't Need Monsters To Break Up A Marriage 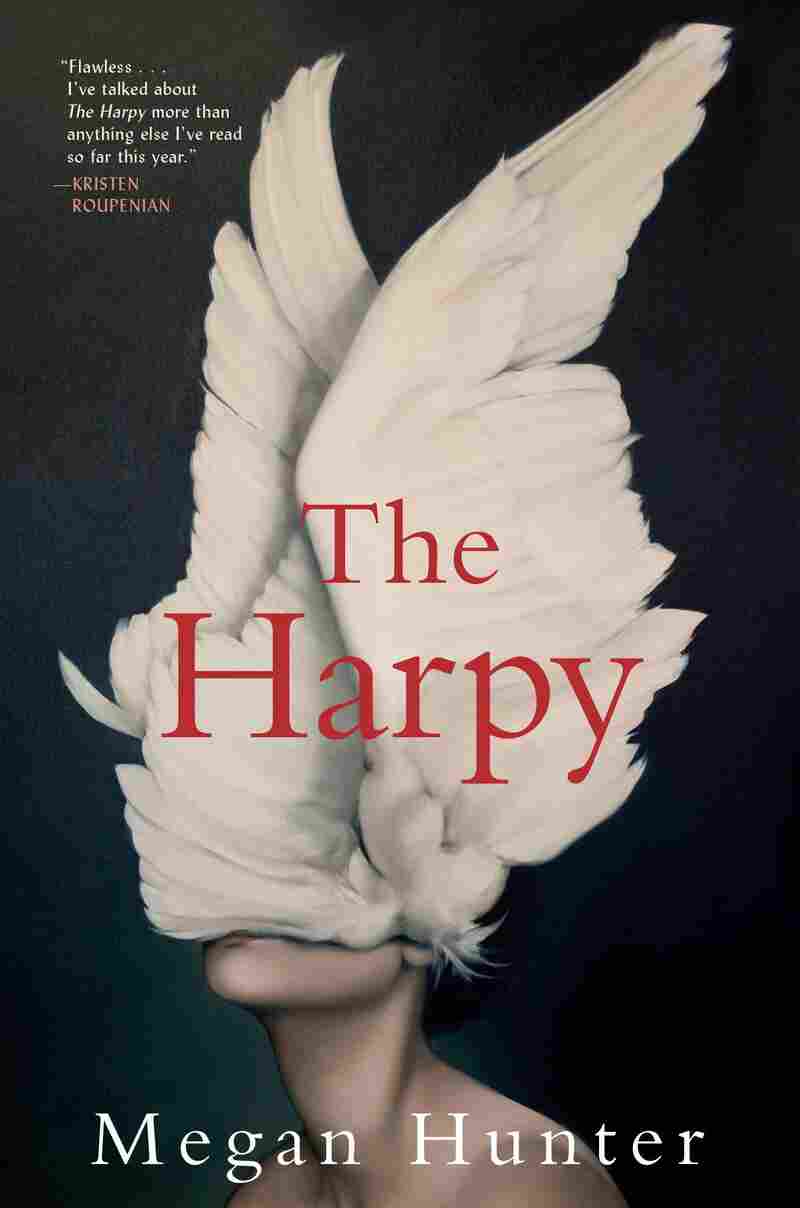 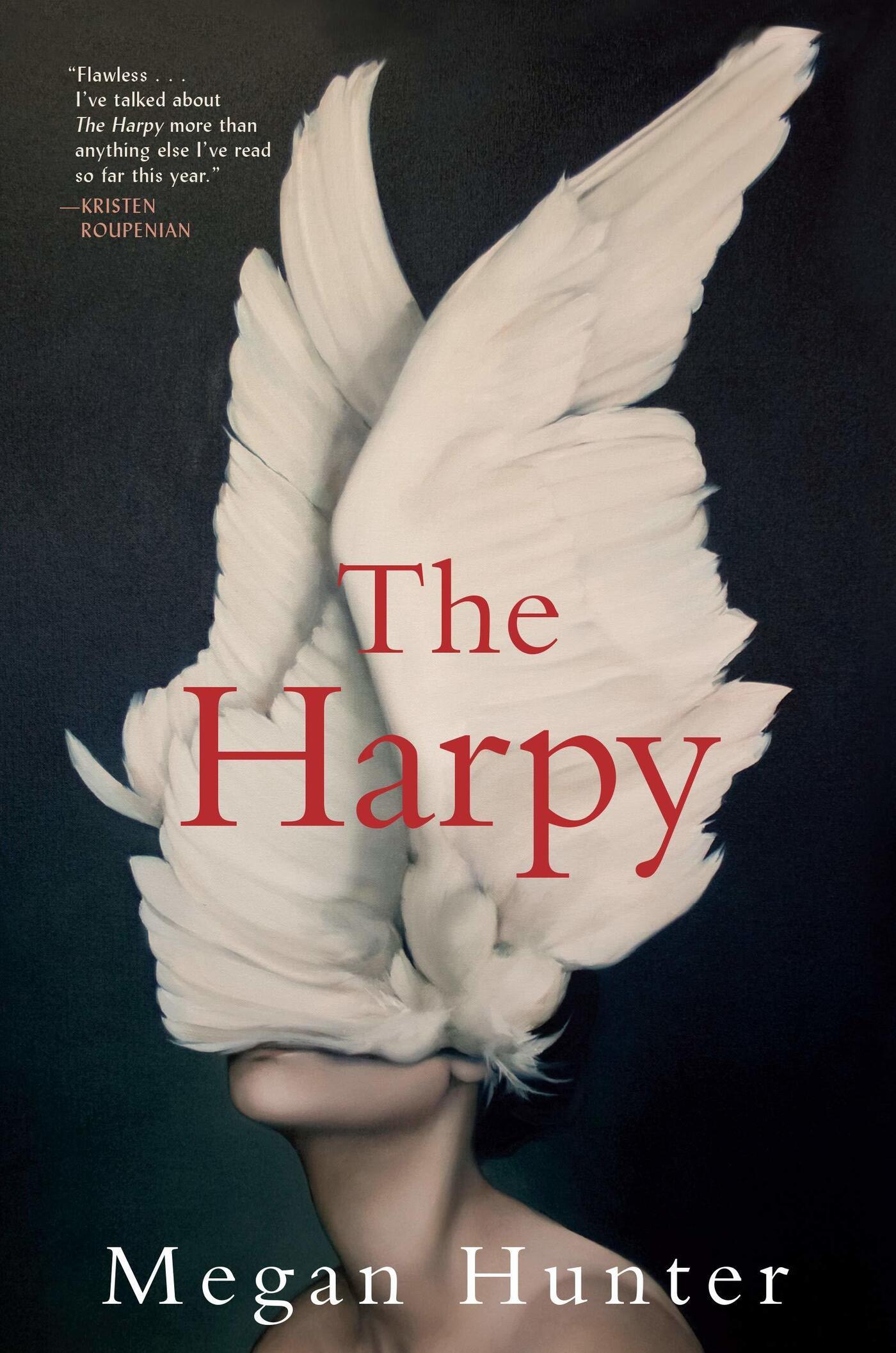 You should not judge a book by its cover, but that's not to say that covers don't sell books. In the case of Megan Hunter's The Harpy, the cover did its job. It intrigued me with its image of a bird-woman. When I read the description I was hooked. Was the woman in the novel actually turning into a harpy? Boy, did I feel ready for a monstrous transformation.

Alas, I have to warn every horror aficionado: It's not a were-bird book. Harpies appear throughout the narrative, but what we have here is a literary rumination on womanhood and marriage. I'm saying this so you can recalibrate your expectations. Specifically, what we are looking at is the destruction of a marriage.

I know, you're going to say that sounds boring, or, all literary novels are about the destruction of a marriage. Of course, that's not the case. Just ask Tender is the Flesh, which is plenty literary — and also chock-full of cannibalism, or any number of other books. But broken marriages and stifled women have been the bread and butter of novelists for a long time. And yet, just because it's a common topic, who's to say people should stop writing about it? After all, if one book about feeling stifled in your domestic life was sufficient we would all have stopped at Madame Bovary.

What The Harpy offers is a beautiful, poetic account of said marriage, and also an insightful character study. Lucy is a thirty-something woman who has placed her scholarly aspirations aside — she used to be intrigued by myths of harpies — and is happily married to her college sweetheart. They have a son and live a pleasant upper middle class life. All is well, until her husband has an affair with an older colleague and Lucy becomes consumed by thoughts of violence and payback.

'Night Theater' Is An Intriguing But Uneven Drama

We know that the tinder that makes Lucy explode is this affair, but it becomes obvious that she has been unhappy for a long time, struggling under the pressure of societal expectations. She is aware that her current situation is a bit of a cliché — and yet it doesn't hurt any less just because affairs are common. Nor can one sing "Let it Go" and pretend all bygones are bygones.

As Lucy explains, she once tried to forgive her father for hitting her mother, but the result was not absolute amnesty. Since then, Lucy simply feels incapable of dealing with her rage.

"My anger had been diluted, bleached into a pale trace of its form, a covert operator that I would continually — for months, for years — mistake for something else."

It's time for a reckoning, and The Harpy opens extremely strong, with a scene in which Lucy's husband lets her mutilate him. It's a deal they develop: she'll hurt him three times and they'll be even. In scenes like this The Harpy is able to spread its wings, charting a perverse course. Alas, the problem is that it is all way too long. One can sense this would have been a killer short story that, at novel length, is stretched a little thin.

It's all well and good to have a simmering narrative, but one wishes Lucy would take more bites from the world, so to speak. Here is a cauldron that is about to boil over, and yet we never quite get the Grand-Guignol we're hoping for. The Harpy is a tale of rage that should really rage a little more. Lucy ought to go full Carrie or at least rent Cronenberg's The Brood for ideas.

In the end, The Harpy plays as an ever-so-slightly surrealist meditation on marriage, motherhood and love. It is introspective and the prose is quietly beautiful. It shows that a tired and tried subject, such as adultery, still has some juice one can squeeze out. And when it borders on a dark fairy tale, The Harpy soars.

Silvia Moreno-Garcia is an award-winning author and editor. Her most recent novel is Mexican Gothic. She tweets at @silviamg.