Accessibility links
Why Vote Counting In Pennsylvania And Michigan Takes So Long Election officials have been warning for months that the influx of mail-in votes this year could mean a longer wait before the winner of the presidency is known.

Why Vote Counting In Pennsylvania And Michigan Takes So Long

Why Vote Counting In Pennsylvania And Michigan Takes So Long 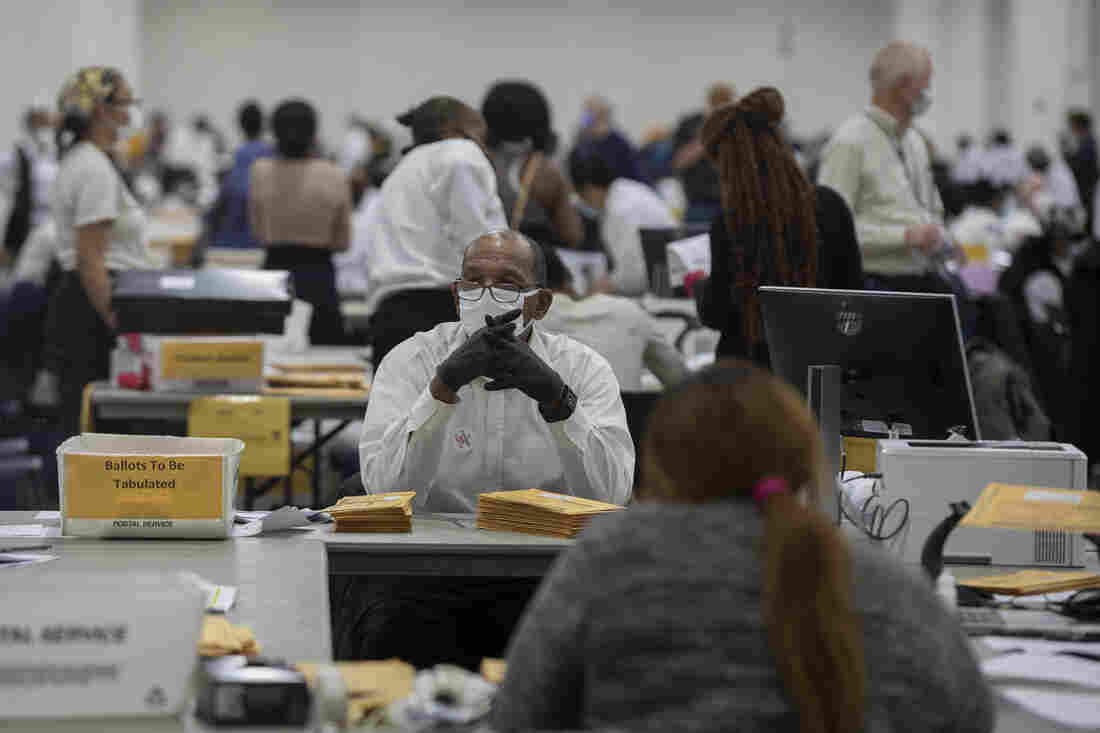 A worker with the Detroit Department of Elections waits for the next absentee ballot to be sorted through at the Central Counting Board in the TCF Center on Nov. 4. Elaine Cromie/Getty Images hide caption 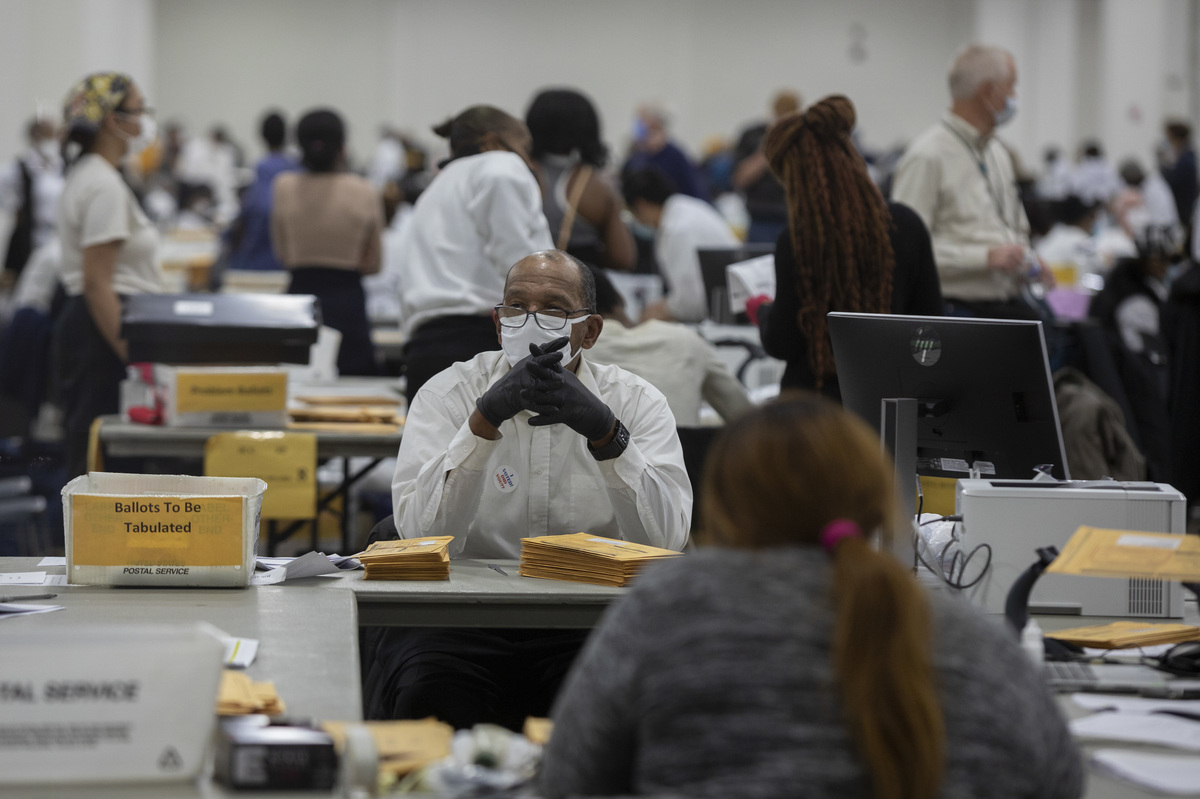 A worker with the Detroit Department of Elections waits for the next absentee ballot to be sorted through at the Central Counting Board in the TCF Center on Nov. 4.

Election Day itself went off far more smoothly than many election officials would have predicted seven months ago, as the pandemic took hold in the middle of primary season.

But for months, those officials warned that the expected influx of mail-in votes this year could mean a longer wait before the winner of the presidency was known.

As Nov. 3 turned into Nov. 4, it became clear that's exactly what was happening.

Voting administrators worked into and through the wee hours in swing states like Pennsylvania and Michigan. Officials in those states pleaded for patience as they worked through the unprecedented amount of mail votes they received.

"We're doing everything we can to get it done as soon as possible, but we'll be working 24 hours — through the night — to get it done," said Lisa Deeley, the chairwoman of the Philadelphia City Commissioners. Other counties in Pennsylvania were not set to even begin counting their absentee ballots until Wednesday.

In most states, election officials could start the arduous process that goes into counting mail votes many days before Election Day, but in Michigan, Wisconsin and Pennsylvania, officials had their hands tied by state laws that did not allow for such preparation.

To be clear, this sort of waiting game for results is not uncommon.

Official results have never been fully tallied by election night; the announced winners and losers on the night of the election are actually projections made by media organizations, explained Justin Levitt, an election law expert at Loyola Law School.

"We never, ever have election results on election night," Levitt said. "We have essentially educated guesses."

Officials in Wisconsin said they expected to get through their absentee votes by Wednesday. Michigan Secretary of State Jocelyn Benson predicted her state would be done counting by Friday, and similarly, Pennsylvania Secretary of state Kathy Boockvar said the "overwhelming majority of ballots" in her state would be counted "within a few days."

President Trump, however, was not satisfied with those announcements.

Votes counted later in the counting process typically favor Democrats, since the ballots usually tend to come from more urban jurisdictions. For months Trump has tried to get out ahead of that trend, falsely arguing that the U.S. needed to know the winner of the election immediately, or else it would indicate fraud on the part of Democrats. 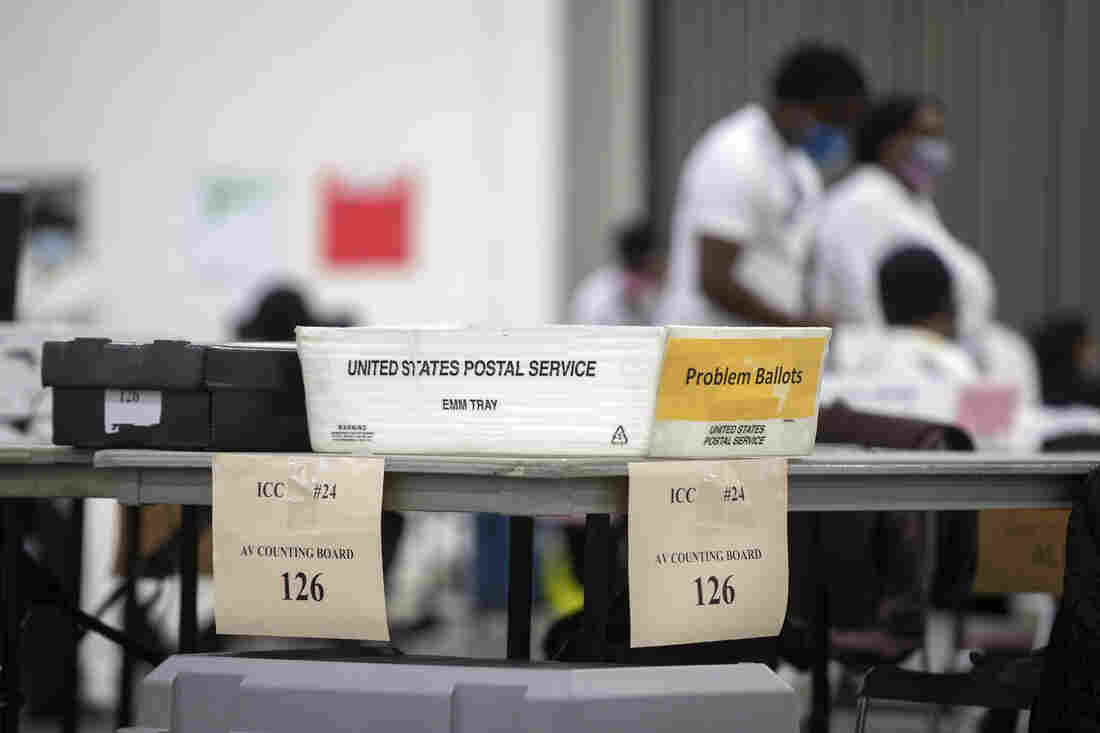 A problem ballot box is placed on the end of a table where workers with the Detroit Department of Elections sorts through absentee ballots. Elaine Cromie/Getty Images hide caption 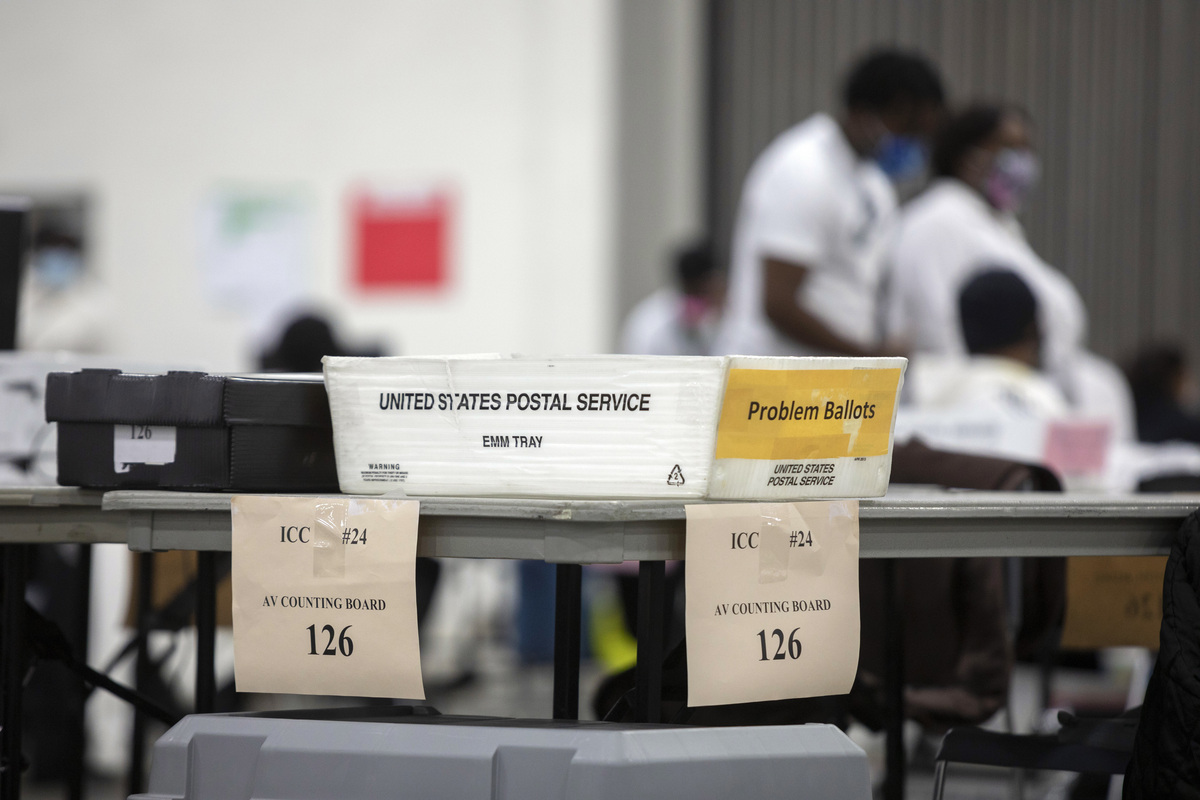 A problem ballot box is placed on the end of a table where workers with the Detroit Department of Elections sorts through absentee ballots.

He pushed that theory again early Wednesday morning, in a tweet (which Twitter labeled as misleading), and then again in his remarks from the White House.

We are up BIG, but they are trying to STEAL the Election. We will never let them do it. Votes cannot be cast after the Polls are closed!

Voting experts and other members of the federal government disagree with that claim.

The Department of Homeland Security's Cybersecurity and Infrastructure Security Agency, for instance, dedicated a section of its website this year to debunking false claims about voting. The page, called Rumor Control, specifically mentions the claim that a delay in results would mean the underlying data is compromised in some way.

"Election results reporting may occur more slowly than prior years," CISA says. "This does not indicate there is any problem with the counting process or results."

Tammy Patrick, a former Arizona election official and now a senior adviser at the Democracy Fund, noted that if vote counting were stopped, it would disenfranchise many millions of voters who cast their votes in time to meet their states' deadlines.

"People waited in lines to cast these ballots, people went to extreme circumstances, in some cases, to get these ballots mailed to them and back in on time," Patrick said. "And we need to make sure that we honor all of those voters by making sure those ballots count."