Accessibility links
Election Shows Stark Partisan Voter Divide On Economy, Coronavirus Partisan views are shaping opinions of the economy as the nation slowly digs its way out of the coronavirus recession. 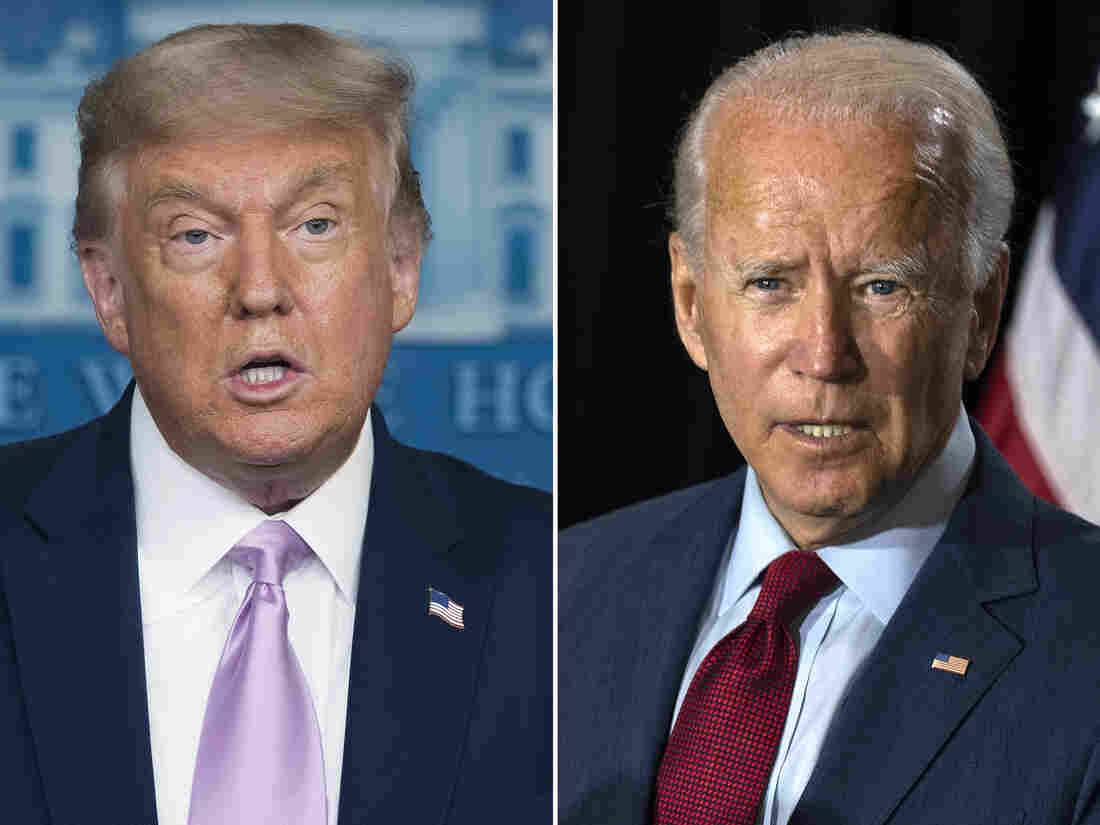 Voters are sharply divided along partisan lines and their views on President Trump and Joe Biden when it comes to the economy and the pandemic, according to a massive poll conducted by The Associated Press. AP hide caption 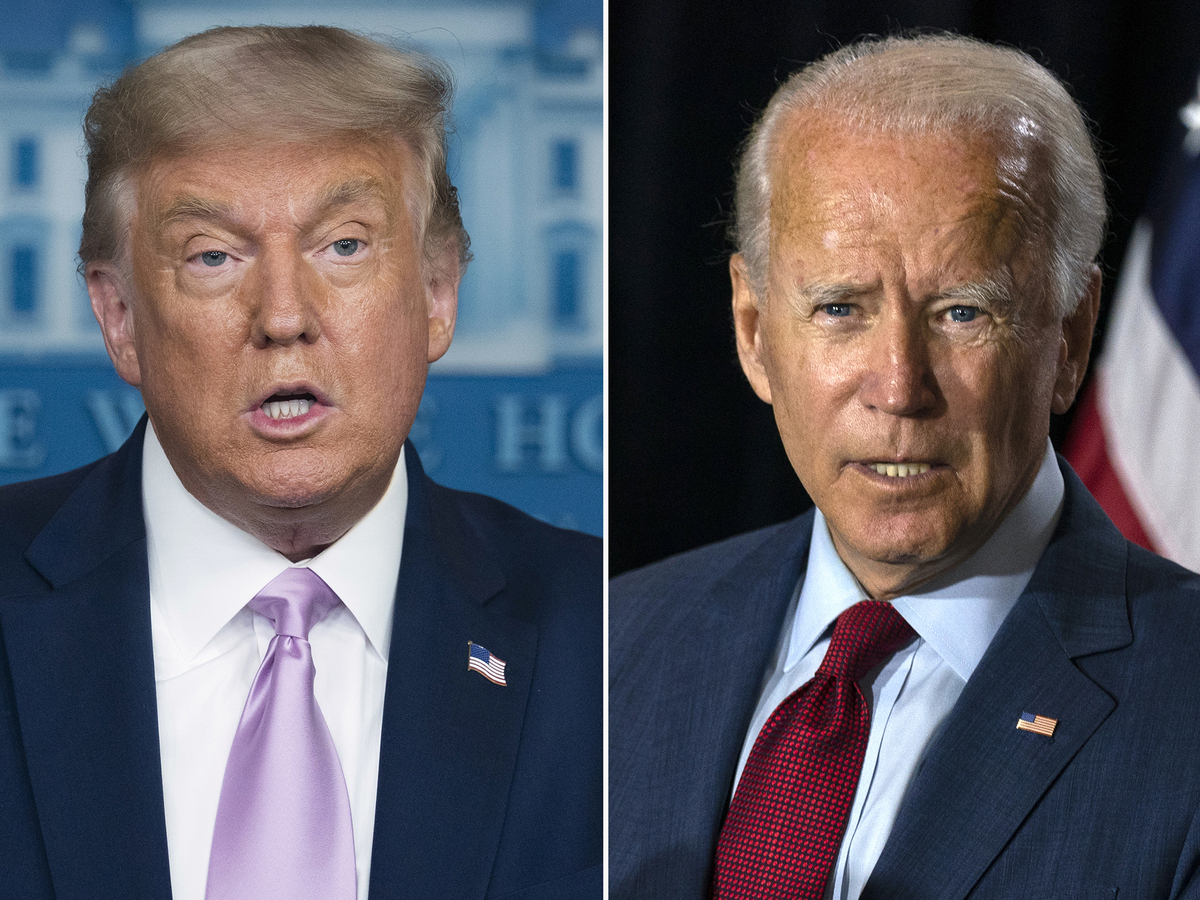 Voters are sharply divided along partisan lines and their views on President Trump and Joe Biden when it comes to the economy and the pandemic, according to a massive poll conducted by The Associated Press.

When it comes to how the economy is emerging from the pandemic, voters couldn't be further apart.

A massive survey conducted by The Associated Press showed more than 4 in 10 Americans describe the economy as "good" or "excellent." And they voted overwhelmingly for President Trump.

Those who see the economy as "poor" or "not so good," on the other hand, were much more likely to cast their ballots for Joe Biden.

Deep partisan divisions that shaped this year's election also color the way people feel about the economy and the pandemic that upended it, according to the survey of more than 110,000 voters conducted by the AP.

The AP VoteCast survey found the economy and jobs were the No. 1 issue for 28% of Americans, and more than 8 in 10 of those voters favored Trump.

An even larger share of the electorate (41%) said the coronavirus is the most important issue. Voters in that camp chose Biden by a margin of nearly 3-to-1.

In reality, the pandemic and the economy are closely intertwined.

Efforts to contain the virus during the spring shuttered businesses across the country, resulting in millions of layoffs.

Since then, the president has pushed aggressively to reopen businesses. But those calls have sometimes backfired as renewed surges in infections force local officials to reimpose limits on restaurants, movie theaters and other economic activity.

Nervous consumers also tend to dial back their spending when the pandemic death toll rises.

Of the 22 million jobs that were lost in March and April, the U.S. has so far regained about half. Job gains slowed in July, August and September. New job figures for October will be reported on Friday.

Some industries have adapted to the pandemic better than others. Factories are nearly back to pre-coronavirus levels of production. But service businesses — especially those that rely on large crowds and face-to-face interaction — have recovered more slowly.

Unemployment stands at 7.9%, and more than 1 million people file new claims for jobless assistance with each passing week. Despite a record rebound in July, August and September, the overall economy is still about 3.5% smaller than it was before the pandemic hit.

Still, building a strong economy was one of Trump's biggest selling points during the campaign, and his supporters trust he can do so again.

The president's critics are skeptical and worry that no lasting recovery is possible until the pandemic is under control.

Biden carried a majority of voters in both low- and high-income households, while Trump had a narrow edge with those in the middle, earning between $50,000 and $100,000 a year.

Biden had stronger support with voters in cities and suburbs, who made up 66% of the total electorate, while Trump held majorities in rural areas and small towns.

Those less-densely populated areas were largely spared during the early months of the pandemic, but infections are now surging in most of the country.