Accessibility links
Critics Blast U.S. Over Exit From Paris Climate Deal The United States received a deluge of criticism from national and international organizations for its departure Wednesday from the Paris Agreement. 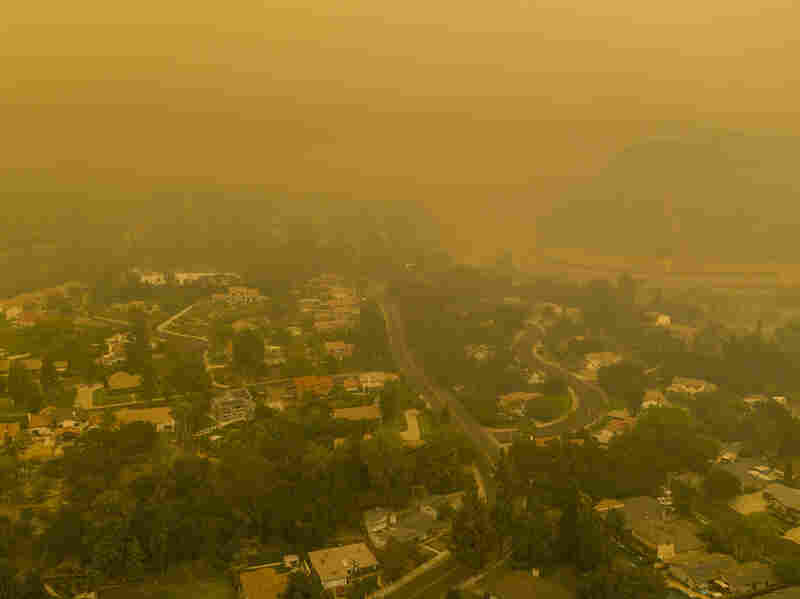 Climate change has been a key factor in increasing the risk and extent of wildfires and other catastrophic weather events. Here, an aerial view shows neighborhoods in Monrovia, Calif., shrouded in smoke from the Bobcat Fire in September. David McNew/Getty Images hide caption 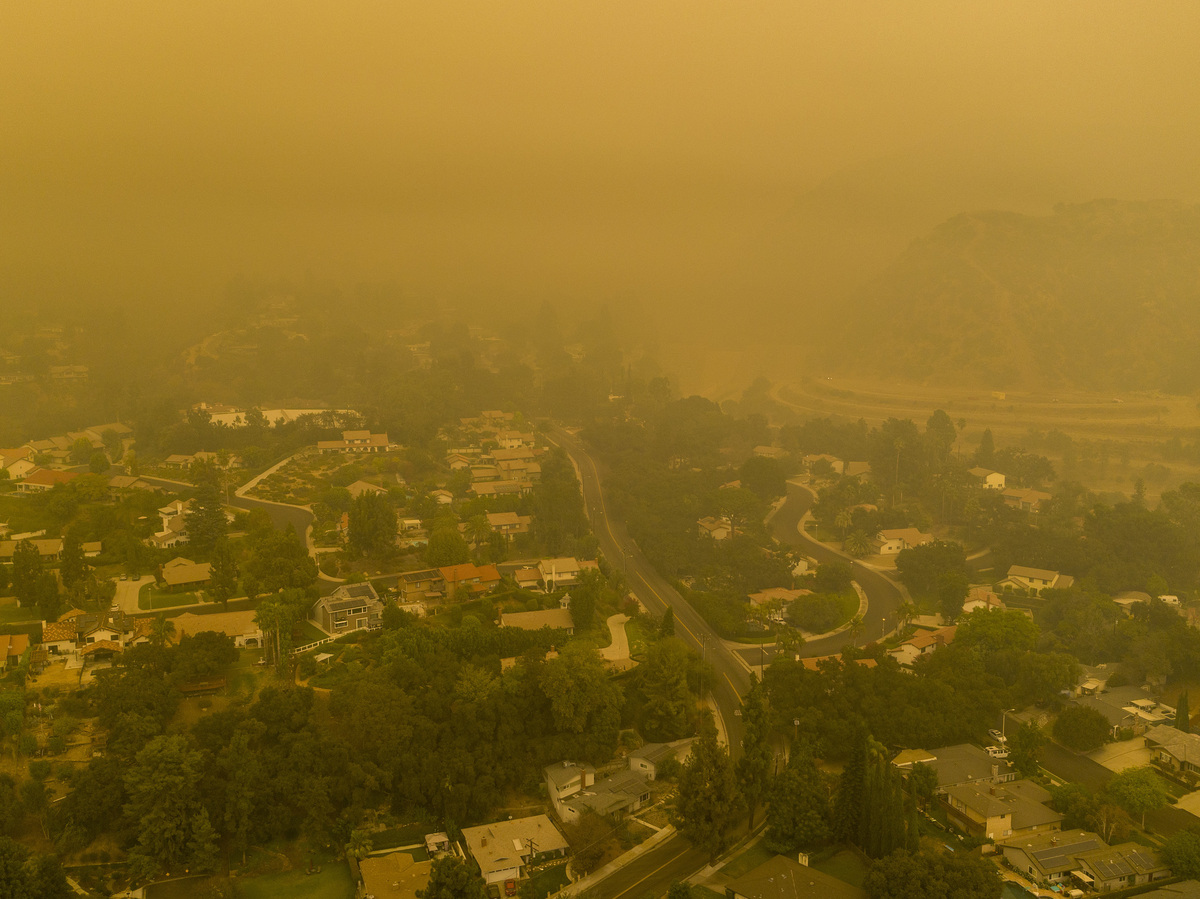 Climate change has been a key factor in increasing the risk and extent of wildfires and other catastrophic weather events. Here, an aerial view shows neighborhoods in Monrovia, Calif., shrouded in smoke from the Bobcat Fire in September.

Global environmental groups, climate change advocates and other officials had sharp words for the United States after the nation officially left the Paris climate accord on Wednesday.

Of the original 200 signatories to the Paris Agreement, the U.S. is the only country to have abandoned the deal. The goal of the accord was to reduce greenhouse gas emissions globally. The U.S. has emitted more cumulative carbon dioxide into the atmosphere than any other country since the industrial era began in the mid-1800s.

The departure is a serious blow to the global effort to turn the tide on climate change, several groups said.

"The move only serves to relinquish U.S. leadership on climate change and ignores the significant risks of a go-it-alone approach to a global threat," the organization said Wednesday.

President Trump first announced his intention to withdraw from the deal in 2017 and formally notified the United Nations last year. The mandatory yearlong waiting period ended Wednesday. The move comes as South Korea and Japan committed in recent weeks to going carbon neutral by 2050. China announced in September it plans to be carbon neutral by 2060.

Helen Mountford, vice president for climate and economics at the World Resources Institute, said in a statement to NPR that the U.S. "should be
at the forefront of global efforts to stave off the climate crisis."

"The decision to leave the Paris Agreement was wrong when it was announced and is still wrong today," Mountford said.

Global officials also lambasted the U.S. departure from the accord.

Laurence Tubiana, CEO of the European Climate Foundation and a key architect of the Paris Agreement, tweeted early Wednesday, "It is an irresponsible behavior from a major country."

It is an irresponsible behavior from a major country. https://t.co/reiTAHqS62

Sonam Phuntsho Wangdi, chair of the Least Developed Countries Group at U.N. Climate Change, called the nation's departure "disappointing." Wangdi said the countries considered by the United Nations to be the "least developed," which include Cambodia and Haiti, will especially feel the impact of the U.S. decision.

It’s disappointing that today the US leaves the #ParisAgreement. A bold, cooperative global response is urgently needed to address #ClimateChange. For the LDCs the impacts are especially devastating. We must work together to build a safe world for present and future generations.

Tubiana later tweeted that the world "will move on" and that the U.S. "will come back."

World will move on. But keep going, US will come back it is not the first time ... https://t.co/HaBAUJOEBo

In announcing his decision to pull out of the agreement, Trump said in 2017 that it was a bad deal for the United States. "The Paris climate accord is simply the latest example of Washington entering into an agreement that disadvantages the United States to the exclusive benefit of other countries," Trump said. He added that it leaves "American workers — who I love — and taxpayers to absorb the cost in terms of lost jobs, lower wages, shuttered factories, and vastly diminished economic production."

Critics of the Trump administration's departure from the accord said Wednesday they are holding out hope that a possible Joe Biden presidency will return the country to the deal.

In a statement, the Union of Concerned Scientists said, "The U.S. election has yet to be called, making it impossible to know whether the United States will rejoin the United Nations agreement in 2021."

Rachel Cleetus, policy director for the climate and energy program at that nonprofit science advocacy organization, said, "If there is a change in administration, the United States will certainly rejoin the Paris Agreement in 2021 and must do so with enhanced ambition in its climate commitments."

She called the exit from the deal a "shameful act" and one that is "especially cruel" in a time when the rest of the world is reeling from recent devastating climate disasters, including Typhoon Goni in the Philippines and Hurricane Eta.