Accessibility links
Biden Wins In Michigan Joe Biden now has 16 additional electoral votes in his column. In one of the biggest upsets of the 2016 election, Trump won Michigan by just under 11,000 votes.

Biden Wins Michigan, Per The AP, Putting Him 6 Electoral Votes From Presidency

Biden Wins Michigan, Per The AP, Putting Him 6 Electoral Votes From Presidency 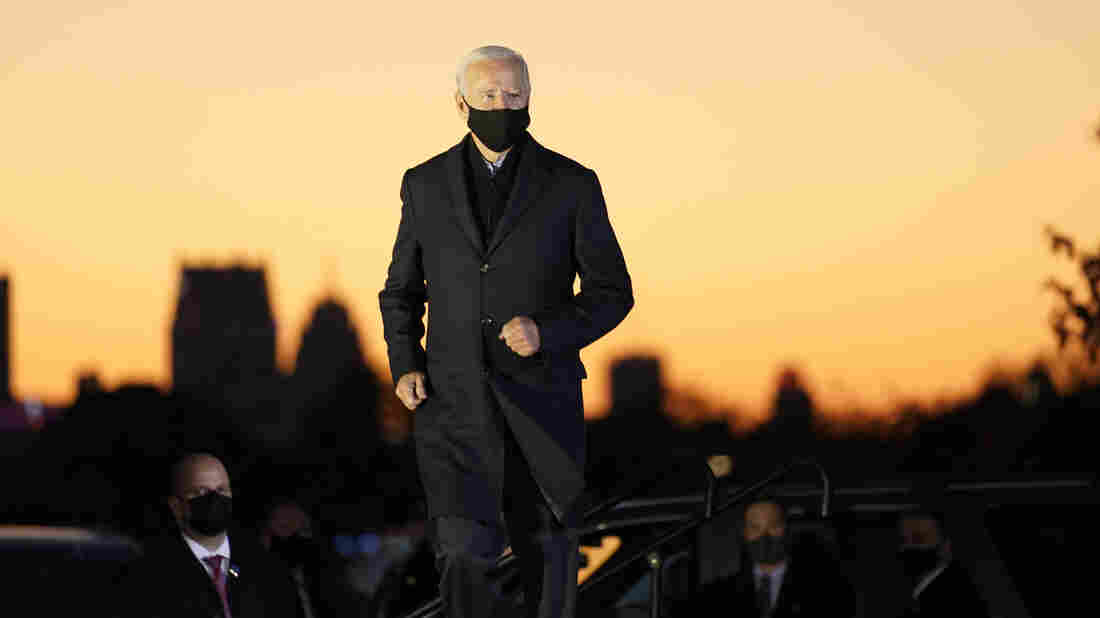 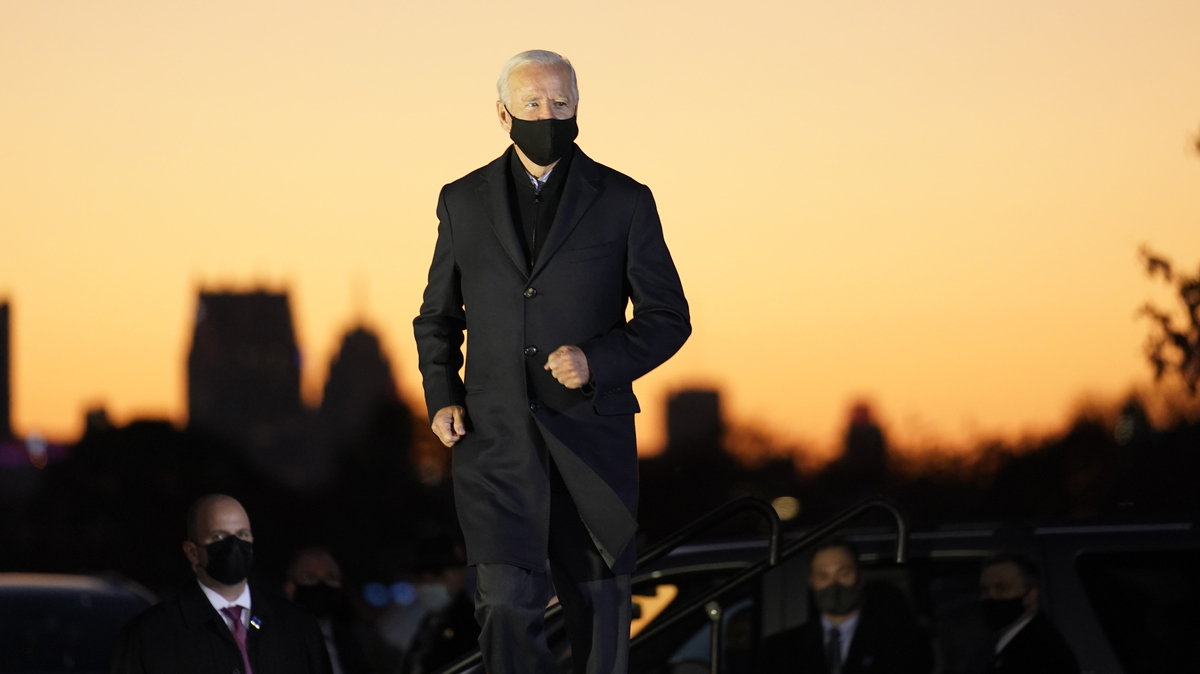 Democratic presidential candidate Joe Biden at a rally on Belle Isle in Detroit on Oct. 31.

Joe Biden has won the state of Michigan, according to The Associated Press. With the call, the Democratic nominee adds 16 electoral votes to his column and makes his second inroad at rebuilding the "blue wall" around the Great Lakes. Wisconsin was called for Biden earlier Wednesday.

President Trump's campaign has contested the vote-count process in Michigan and some other states.

In one of the biggest upsets of the 2016 election, Trump won Michigan by just under 11,000 votes. The Great Lakes State had not voted for a Republican in a presidential election since 1988.

The Democratic ticket spent significant time in Michigan, including during the last stretch of the race, signaling the state's key role in Biden's potential path to victory. On Saturday, Biden joined his former running mate, Barack Obama, for the first time this campaign for drive-in rallies in Detroit and Flint. On Tuesday, Democratic vice presidential nominee Kamala Harris made a final campaign stop in Detroit.

Trump, too, staked a lot on Michigan. He campaigned in the state throughout the race, including late Monday night, when he held a big rally in Grand Rapids to close out the 2020 campaign. Grand Rapids is where Trump finished his 2016 campaign, and that late-night 2016 rally, which started after midnight, has taken on somewhat of a central role in Trump's telling of his own path to winning Michigan — and the presidency.

Trump had been looking to replicate the energy of that first campaign, but those efforts have fallen short.

While Trump appeared to be ahead in Michigan when most of the U.S. went to sleep on Tuesday night, Biden made major gains as mail ballots were counted in Democratic strongholds like majority-Black Detroit and Flint.

In 2016, Hillary Clinton's campaign felt confident about Michigan, but many local Democrats felt like her campaign neglected the state. Rep. Debbie Dingell, a Michigan Democrat who represents a district home to many blue-collar voters, said she started to worry after talking to workers at union picnics throughout that summer who said they were voting for Trump.

A big glaring sign out of the Michigan results in 2016 was that Trump flipped Macomb County — a union-heavy, traditionally Democratic-voting county.

How Many Votes Have Been Counted In Undecided States

This time around, Democrats had been feeling fairly optimistic about bringing Michigan back into their fold. Throughout the campaign, Biden maintained a healthy lead in the polls, and in 2018 Democrats managed to win races for governor, attorney general, secretary of state and two safe Republican congressional districts in the suburbs.

Trump looks to have maintained his hold on Macomb County in 2020, but Biden appears to have cut into his margins there. In neighboring Oakland County, comprising wealthier suburbs that once voted Republican, Biden not only won the county but improved on Clinton's margins, mirroring trends across the country as suburban voters, especially women and seniors, shifted away from the Republican Party.

And a big factor at play in Michigan: Detroit.

Votes in the Democratic bulwark are often the last to come in — and it's a big reason Michigan turned blue so late in the count. On Wednesday morning, election officials were still counting the flood of mail ballots that had been received by Election Day, as had been expected.

Clinton turned out about 45,000 fewer votes in Detroit than Obama did in 2012. On Tuesday night, Detroit City Clerk Janice Winfrey estimated that Detroit had hit turnout records dating back at least two decades — foreshadowing a healthy turnout for Biden in Michigan's biggest city.